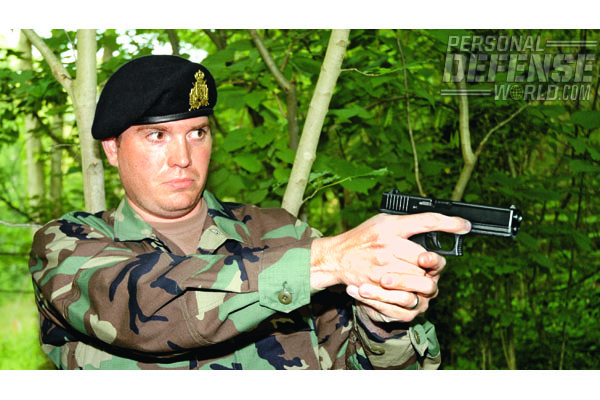 1 of 4
Defending the Grand Duchy- GLOCK In Service with Luxembourg 1
Luxembourgian soldiers began using GLOCK pistols in 2008. The widespread military use of GLOCK pistols, along with the many desirable features of the GLOCK design, undoubtedly played an important role in the selection of GLOCK by the Luxembourg Army. 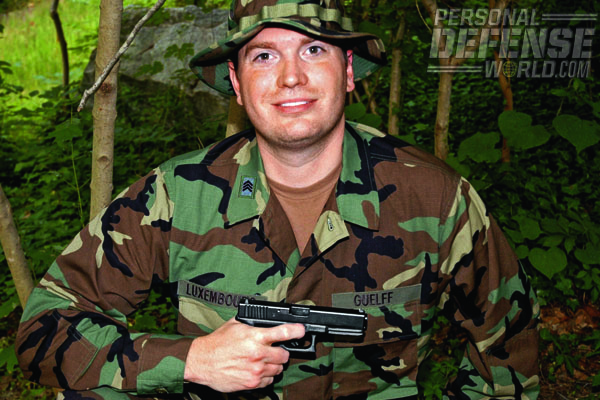 2 of 4
Defending the Grand Duchy- GLOCK In Service with Luxembourg 2
Simplicity and ease of use of the G17 make training for Luxembourgian soldiers both safe and uncomplicated. Consistent accuracy from every pistol means that soldiers have confidence when they use GLOCK pistols in training and on deployments. 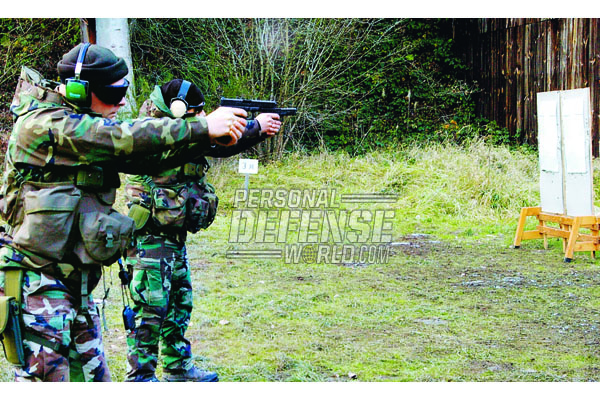 3 of 4
Defending the Grand Duchy- GLOCK In Service with Luxembourg 3
Luxembourgian soldiers take aim with their GLOCK pistols on the range. Much of the small arms instruction conducted by the Luxembourg Army takes place at the military training center in the city of Diekirch. 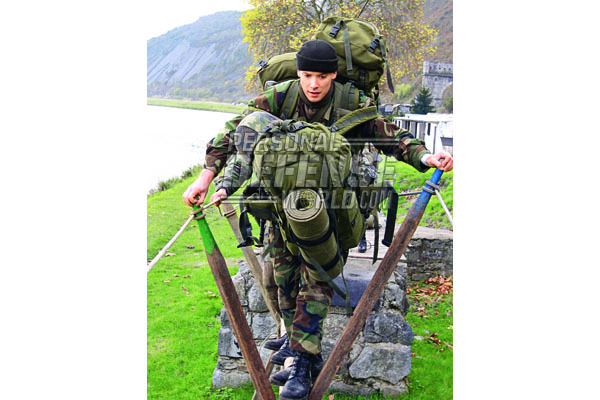 4 of 4
Defending the Grand Duchy- GLOCK In Service with Luxembourg 4
The burden of equipment carried by soldiers is substantial. Fortunately, GLOCK pistols make up a tiny fraction of the soldiers individual load due to the use of lightweight yet very durable polymer components. 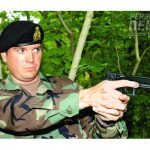 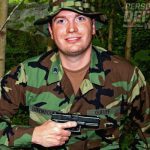 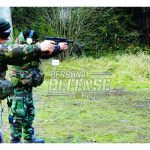 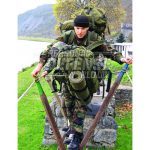 The small nation of Luxembourg is situated in one of the most beautiful natural regions of Europe. Bordering the nations of Belgium, France and Germany the terrain of Luxembourg includes densely forested and mountainous features in the north and open countryside in the south. With a total land area of just more than 998 square miles, Luxembourg is slightly smaller in size than the U.S. state of Rhode Island and has a population of less than 500,000 inhabitants. The nation is unique in that it is the only Grand Duchy in the world and its ceremonial head of government holds the title of Grand Duke. Although small in size, Luxembourg maintains a well-equipped and trained all-volunteer army. Since 2008, GLOCK handguns have served as the standard sidearm of choice for the Luxembourg Army.

A National Necessity
The importance of maintaining a prepared standing force for the defense of the nation can clearly be seen based on Luxembourg’s strategic location and history of the past century. Guaranteed perpetual neutrality in the late nineteenth century, Luxembourg was nevertheless overrun and occupied by German forces during both World War I and World War II. After being occupied in the Second World War, Luxembourgers fought a war of resistance at home while many expatriates served with the Allied Forces. During the Battle of the Bulge, the civilian population of Luxembourg suffered heavy casualties along with thousands of American soldiers that died while halting the German counteroffensive in the Ardennes. Today the graves of more than 5,000 U.S. servicemen, including General George S. Patton, can be found at the U.S. National Cemetery in Luxembourg.

Following the end of World War II, Luxembourg abandoned neutrality to insure its sovereignty and to contribute to defending the free world. Luxembourg was one of the founding member nations of NATO in 1949 and in 1950 sent forces to Korea as part of the United Nations military force to counter North Korean and Chinese aggression against the Republic of Korea. Since that time, Luxembourg has continued its commitment to multinational operations in support of peace and stability. Throughout the Cold War era, Luxembourg, in close cooperation with neighboring Belgium, with whom it regularly integrates its military personnel, played an integral part of NATO’s defense of Western Europe and North America.

Since 1994 Luxembourg has participated in the European Corps and has contributed troops to UNPROFOR, IFOR, SFOR and KFOR missions in the former Yugoslavia. Following the terrorist attacks against the United States in 2001, Luxembourgian personnel served in the United States with the multinational NATO Airborne Early Warning and Control Force to protect against any further air attacks. At present, Luxembourg Army forces continue to participate in the NATO ISAF mission in Afghanistan. EOD specialists from Luxembourg have deployed to perform de-mining duties in Lebanon and Cambodia. The army has also participated in humanitarian relief missions such as setting up refugee camps for Kurds in Iraq and providing emergency supplies during times of disaster in both Europe and Africa.

Detail Oriented
Luxembourg has organized its Army to fulfill its statutory mission as part of the Public Force, which includes both the Army and the Grand Ducal Police. The mission of the Public Force is to defend the country against foreign enemies and maintain peace and order inside the country. Naturally, the focus of the Army is defending against foreign aggression while the Grand Ducal Police provide law enforcement services domestically. However, both forces can and do assist each other with both tasks.

Army forces, for all intents and purposes, are light infantry forces with supporting elements. As a result the Luxembourg Army is primarily armed with small arms and medium-weight crew served weapons. The standard infantry rifle is the Austrian produced Steyr AUG chambered to fire the 5.56x45mm NATO cartridge. For the squad support role a variant of the standard assault rifle, the Steyr AUG HBAR, is used. AUG HBAR rifles are equipped with a longer, heavier barrel and a folding bipod. For general purpose use the 7.62x 51mm NATO caliber Belgian manufactured FN Herstal MAG 58 machinegun is used. Heavy automatic fire is provided by the 12.7×99 mm caliber Browning M2HB QCB machinegun which is also produced by FN Herstal.

Following the end of World War II, the Luxembourg Army adopted the FN Browning GP Mle 35 pistol, known in English nomenclature as the Browning Hi Power Model of 1935. This pre-war design was chambered for the 9×19 cartridge, which would later become the standard NATO pistol caliber. Although a legendary design, the Luxembourg Army realized that it was time to replace the 73 year old design in 2008. The replacement of choice was the GLOCK 17 9×19. GLOCK pistols have become a modern legend as the pistol of choice for military forces around the world. The widespread use of GLOCK pistols, along with the many desirable features of the GLOCK design, undoubtedly played an important role in the selection of the GLOCK by the Luxembourg Army.

GLOCK is foremost when it comes to the qualities that make a pistol desirable for military service. In an era when government budgets are stretched to the limits, GLOCK makes sense because they are very affordable, especially when compared to other manufacturer’s handguns of comparable performance. GLOCK pistols are also “soldier proof,” meaning they are durable enough to withstand the everyday use by soldiers during training and deployments. This durability and its well-engineered design also mean they can be relied upon to function properly when needed in arctic to tropical climates and everything in between. Simplicity and ease of use of the GLOCK 17 made the transition training for Luxembourgian soldiers both safe and uncomplicated. Consistent accuracy from every pistol GLOCK produces means that soldiers have confidence when they use pistols issued from the armory for duty.

Field Proven
All of these virtues have proven important during recent deployments to Afghanistan by Luxembourg troops as part of the International Security Assistance Force (ISAF). Luxembourg works in conjunction with Belgium to form what is called the BELUISAF Detachment. Currently, this detachment is responsible for providing security and force protection at Kabul International Airport. This vital installation is an international civilian airport, a coalition military airbase and also houses the operational headquarters of ISAF.

Needless to say, a strong, well-trained and well-equipped military force is required to defend it. The BELUISAF detachment works closely with the Afghan National Army and troops from Bulgaria, Greece, Spain, France, Poland, Macedonia, Iceland, Czech Republic and the United States to provide security. While on duty, Luxembourgian soldiers carry GLOCK pistols to supplement their rifles and crew served weapons. While off duty the troops carry their GLOCK pistols as their personal defense weapon. Either way, GLOCK is always there to help them defend themselves and others. GLOCK pistols have proven to be both reliable and safe in the harsh conditions in Afghanistan. Undoubtedly, GLOCK pistols will continue to give excellent service to the Luxembourg Army in the pursuit of peace and security. 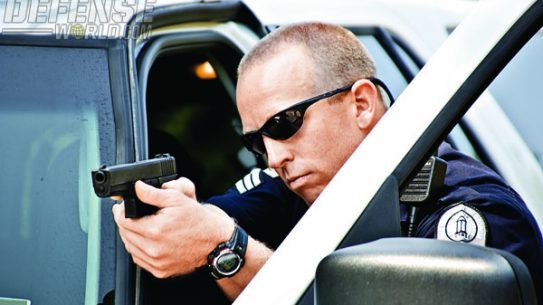 Campus police recognize the superiority of the GLOCKs design!