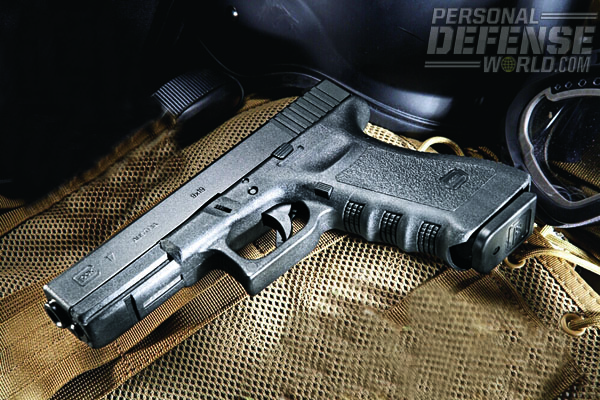 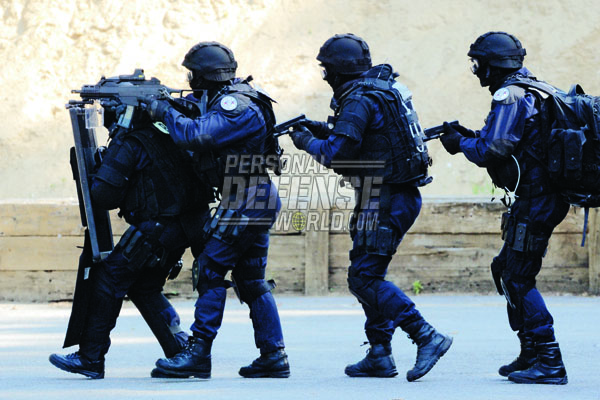 2 of 2
French SWAT GLOCKS-G17 & G26 1
Enjoying over a year’s worth of increased popularity, GLOCK pistols have become a main source of duty carry for the intervention groups of the French National Police. 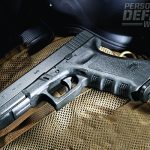 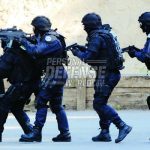 Since the beginning of 2010, GLOCK pistols are ever present within the specialized unit’s armory from the French National Police. Indeed, the Directorate for Competences and Resources from the National Police (a.k.a. DRCPN, La direction des ressources et des compétences de la police nationale) went further in its policy of specialized units equipment’s enhancement, through the action of its Board of Armament and Technical Equipments (a.k.a. BAMT, Bureau de l’armement et des matériels techniques). Thus, the Research and Intervention Brigades (a.k.a. BRI, Brigade de Recherche et D’intervention) from the Directorate of Criminal Police (a.k.a. DCPJ, Direction Centrale de la Police Judiciaire) did benefit from a handguns development program. Meanwhile, the National Police did reorganize the several interventions groups, which are, under the name of National Police Intervention Force (a.k.a. FIPN, Force D’iintervention de la Police Nationale), fully Glock equipped.

DCPJ
The DCPJ is mainly in charge of fighting crime (e.g. robbery, organized crime, armed theft…) but also tasked to repress white-collar crime, hacking etc. The directorate organisation relies on a regional network of offices known as the SRPJ (Service Regional de la Police Judiciaire). The latter run the investigations needed to arrest suspects. Therefore, each regional investigation office is given the possibility to be backed up by a local tactical team, according to the level of danger that is expected.

In order to ease the training procedures and to allow several teams to work together with the same equipment, the DCPJ chose to issue the GLOCK 17 pistol to all operators. Additionally, for low profile tasks, when more discretion is needed for undercover officers, some are provided with the GLOCK 26.

A total of 148 G17 pistols and 80 G26 pistols have been recently delivered by the logistics department, intended to replace Sig Sauer SP 2022, Beretta 92 or even SIG 228 and CZ 75 pistols formerly in use in these units. All these weapons were issued with GLOCK-made “sport combat” ambidextrous holsters and a magazine holder, gear proven to be both affordable and extremely efficient, affording good concealment and weapon retention.

FIPN
The FIPN was created as a joint task force as a mean to harmonize the SOP’s and to improve the management of manpower within the different specialized, SWAT-oriented-units of the French police. Under the authority of a central command from RAID (the National Police’s SRT team), 400 operators from RAID, the regional SWAT (a.k.a. GIPN, for Groupes D’intervention de la Police Nationale) and the capital city SWAT team (aka BRI-BAC, which stands for Brigade de Recherche et D’intervention-Brigade Anti Commandos) are totally equipped with GLOCK 17 pistols as the primary handgun and GLOCK 26 pistols as a back up gun.

GAO-DCRI
The Operational Support Group (a.k.a. GAO, Groupe D’appui Operationnel) from the Central Directorate of Home Intelligence (a.k.a. DCRI, for Direction Centrale du Renseignement Interieur) is the “counter terrorism” unit from French police (a duty shared with RAID). Dedicated to the arrest of suspects committing or supporting terrorist acts on French territory, the GAO is also integrally equipped with GLOCK 17 and G26 pistols.

As a final word, it must be said that all the police from these agencies are shooting a much larger amount of rounds for training than the average officer. It is not unusual to require from each GLOCK pistol to fire between 3,000 and 10,000 rounds per year during several years, without malfunction or technical flaws.

As members of the French Law Enforcement community, all of these operators are using the operational police cartridge (a.k.a. COP, for Cartouche Opérationnelle de Police) Speer Gold Dot 124-grain round and the RUAG GECO SX 124-grain round for training. Both cartridges, tested and qualified by the BAMT, are providing perfect reliability when fired in GLOCK 17 and G26 pistols.

Intensive use of GLOCK pistols within these units gives the BAMT extensive logistical, technical and operational feedback, which is used to improve the safety and efficiency of police on the field. 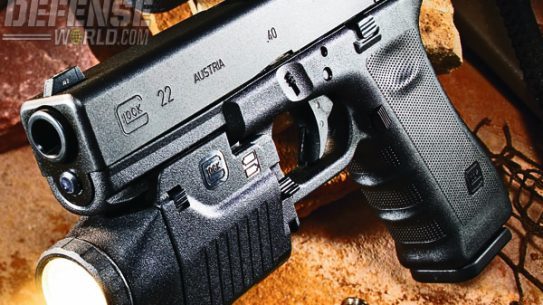