The GLOCK 17 is the chosen weapon of choice for most Special Operation Forces’ individual members.
Comment(s)

Romania has been a NATO member for 7 years, an EU member for 4 years. Over the past years, the Romanian Armed Forces have proven to be a solid, reliable, flexible, dynamic and interoperable organization, capable of fulfilling a broad spectrum of missions, both abroad and at home.

In the last 15 years, the Romanian Armed Forces have professionally conducted difficult and complex missions and operations in Afghanistan, Iraq, the Balkans (Bosnia and Herzegovina, Kosovo, Albania), Mediterranean Sea and Africa, under NATO, UN, EU, OSCE or different coalition’s flags.

Nowadays, more than 2,000 troops are deployed abroad. This was possible due to the rapid transformation process of Romanian military, which have committed to NATO standards and have developed new capabilities and structures that make it better able to deal with new security threats and challenges.

Among these transformational efforts of a large scale, a significant phase was the establishment and modernization of Romanian Special Operations Forces (SOF).

Romanian SOF—Unsurpassed Quality
The birthday of modern Romanian SOF was the 1st of March, 2003, when the Special Operations Battalion, “Eagles,” was established. This first step (the most difficult and, at the same time, the biggest one) was followed by the creation of the SOF Training Center in 2005, the Naval SOF Group in 2006 and the Combat Search and Rescue Detachment of Air Force in 2008. Also in 2008, the Special Operations Component Command was created, a specialized structure designed to exercise operational command and control over the services’ special operations structures. In 2009, the 1st SOF Regiment was created, to include the initial “Eagles” and two paratrooper battalions.

Besides these structural changes, a lot of effort has been put into the management of human resources, in selecting and training of better soldiers, into the procurement of adequate weapons and equipment, into modernizing the training facilities, as well as into developing tailored doctrines, regulations and field manuals.

Romanian SOF have constantly participated in national and multinational exercises, both in Romania and abroad, together with partners from USA, UK, Germany, France, Turkey, Jordan, Israel, Poland etc. – countries with high expertise in the special operations area. SOF structures are part of the pool of forces that Romania offered to NATO and they were evaluated in 2007 (SOF from Army and Navy), respectively in 2008 (Air SOF), according to NATO standards.

All this coherent and rapid transformation process made it so that at present Romanian SOF are perceived as strategic assets employed to help achieve strategic and specified operational level objectives. Without being a substitute for conventional forces, Romanian SOF differs from other joint forces in their unique capabilities, agility and flexibility.

Interested in quality rather than quantity, Romania succeeded in building up small but highly professional SOF structure, manned by elite soldiers, with developed warrior, operational, technical and linguistic skills, in less than eight years. Most of these soldiers are trained as paratroopers, divers and mountain troops, capable of dealing with any situation and to accomplish a large scale of missions, such as the following: direct actions, special reconnaissance, counter-terrorism, combat search and rescue, intelligence gathering, hostage rescue operations, airborne insertion/extraction, close protection and so on.

It is worth mentioning that Romania has benefited a great deal from the United States in developing its SOF structures. The US has offered assistance, mentoring, training, as well as consistent logistic and financial support for procurement of weaponry and equipment.

Afghanistan—A Baptism by Fire
In parallel with NATO evaluations, Romanian SOF have also stood the test of real combat. In April 2006, the first Romanian SOF contingent started its mission in Afghanistan, within the US-led coalition operation, “Enduring Freedom.” It was a very difficult mission, very far from Romania, geographically, in a totally different operational environment, with challenging risks, climate, culture, operational tempo and rules of engagement.

In spite of all the above, the Romanian SOF contingents proved their skills and knowledge, conducting counter-insurgency (COIN) operations through direct actions, special reconnaissance, patrolling, combat search and rescue, as well as military assistance and training support for the Afghan National Security Forces.

Starting in April 2008, the Romanian SOF have been conducting operations in Afghanistan under the ISAF flag, performing missions in many hot-spots. In these five years of real combat operations, the Romanian SOF demonstrated their skills and capabilities, the courage, cohesion, and maturity of people from operational detachments. This statement is proven by the numerous medals and certificates awarded either nationally or internationally.

GLOCK 17—The Spear’s Tip
Besides its professional, dedicated, motivated, brave and highly skilled soldiers, Romanian SOF needed modern weapons, ammunition and all kinds of combat equipment, compatible with those from other NATO countries. For this reason, a lot of effort and money was put in the last couple of years to purchase 4X4 high mobility APCs, radio, satellite, communications and information systems, modern guns, night vision goggles and cameras, high precision parachutes, climbing and safety equipments, etc.

Within a special procurement program, in February 2005, the GLOCK 17 pistol was purchased for the Bravo Operational Detachments of the 1st “Eagles” Special Operations Battalion. This decision was made based on the very good market share owned at that time by GLOCK pistols, considered by many specialists as the most popular defensive handgun, which started the revolution of “plastic pistols.” Since 2005, all the SOF operational detachments were supplied with GLOCK 17 pistols with tactical light and silencer. At present, GLOCK represents the basic individual weapon for Romanian SOF.

Due to the specifics of SOF actions, GLOCK 17 is very useful during the Close Quarter Battles, especially at night, for neutralizing or taking down close targets. This pistol performed extremely well in Afghanistan, in a very difficult operational environment; it has been in use by the SOF since April 2006. This pistol was used in Iraq as well, in 2008, during a six-month mission of a SOF detachment, with very good results.

One of the greatest advantages of this pistol is that being a 9×19, it works with normal, Romanian-made cartridges very well, which decreases the operational costs. Also, it is interoperable with pistols used by other NATO countries.

Regularly used during the missions carried out by Romanian SOF, the lack of incidents and easy maintenance have confirmed the GLOCK pistol is a powerful and reliable weapon. Users’ opinions are unanimous, and coincide that GLOCK pistol is a precise and accurate weapon, easy-to-handle, with a high endurance in extreme climatic conditions and outstanding results during night time. The “Safe Action” system of the GLOCK gives the impression that the pistol is an extension of the body while the fact that the primary “safety switch” on the trigger represents a great advantage in real combat operations.

Based on its characteristics and good results, the GLOCK pistol is a strong competitor among the other weapons in its class for the status of professional weapon, designed for professionals, which makes the soldiers feel attached to it. Also, it is to be remarked that switching from using the pistol to using the submachine gun and vice-versa can be done easily even in the most dangerous combat operations.

In conclusion, one can say that GLOCK 17 is a reliable handgun, worthy of respect. Light, easy to carry, capable of taking lots and lots of shooting, even with hot ammunition, GLOCK 17 is a quality handgun you can rely on in the “dark places.” The Romanian SOF learned this from experience (the best and most effective way of learning). This is why there is a special bond between the Romania SOF soldiers and GLOCK. Because a friend in need is a friend indeed, isn’t it? 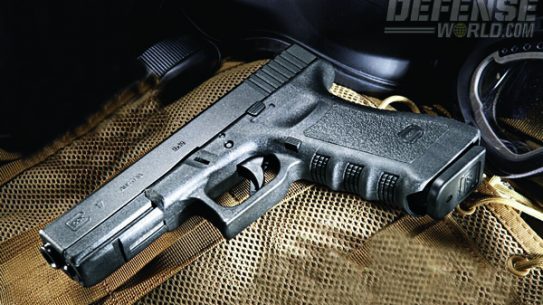 French National Police SWAT go into the breach with only the best 9x19 sidearms! 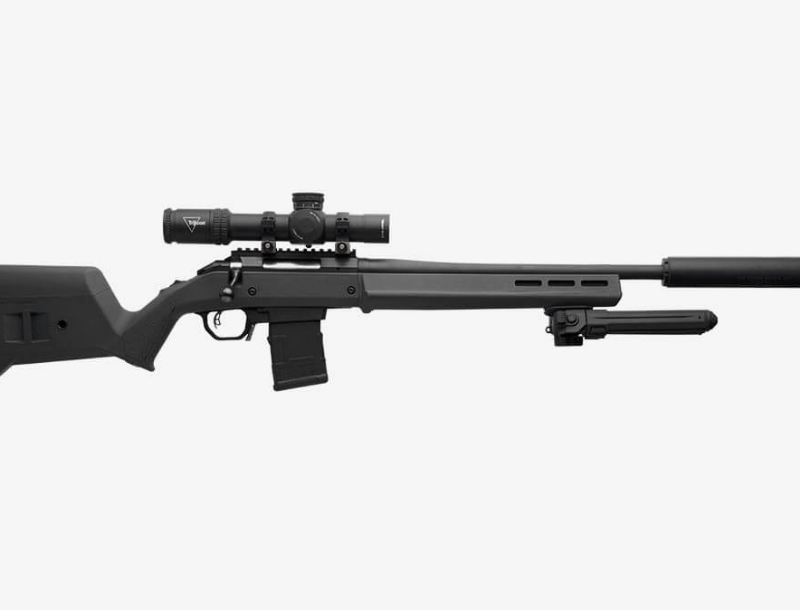