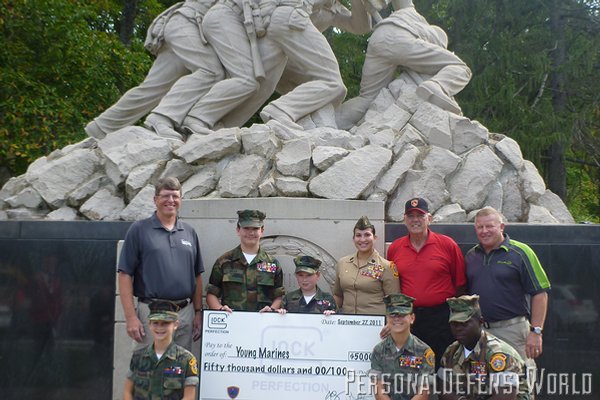 The GLOCK Annual Shoot XVIII and Gunny Challenge VII held on September 24 and 25 at the South River Gun Club near Conyers, Georgia, hit the record books as the most attended action shooting competition ever held. Over 1,000 participants shot in stages familiar to GLOCK Sport Shooting Foundation (GSSF) competitive shooters, such as “Five to GLOCK,” “GLOCK‘M” and “GLOCK the Plates,” while the experienced Matchmeisters competed head-to-head at the seventh annual Gunny Challenge.

Shooting new GLOCK Gen4 pistols, the Gunny Challenge featured the Gunny, R. Lee Ermey, competing against country legend Travis Tritt, who co-hosted the event. They were both winners in the “who could have the most fun” category! During and after the event, both celebrities spent time with the GLOCK shooters and their families. Each of the well-known stars talked and joked with the people who enjoy shooting their GLOCKs in competition and passing on their sport to their kids and grandkids.

Friendship and mentoring seemed to be the theme of the two-day annual GSSF event that blends a mix of experienced competitors with young, novice GLOCK shooters. Each learned from the other while enjoying the pleasure of shooting the world’s best handgun in a safe, fun and competitive atmosphere. Each match became family time as mothers brought sons and fathers brought daughters to proudly coach and encourage their kids as they beamed with pride.

Compared to her very first GSSF match, covered in last year’s GLOCK Autopistols, returning 13-year-old Brittany Alexander showed improvements in stance and shot placement, cleaning the plate rack in competitive time. Since last year, Brittany has won honors as the High Junior Female for the Amateur Class, including the very next GSSF she shot. Her dad and coach, Phil Alexander, a law enforcement professional, enjoys taking Brittany to matches as they both compete with their GLOCKs.

Brittany got her own GLOCK 17 for Christmas and said, “I dry-fire and practice every night to try to get better all the time. I am a member of the GSSF and it has been a great help because the range officers have been able to assist me to improve my technique. I want to be a professional shooter using my GLOCK, so this competition experience has really helped me!”

Another junior shooter, 14-year-old Andrew, has been shooting his GLOCK 17 Gen4 for less than four months and enjoys the, “safety, competition and sport of the GSSF matches. I have been improving thanks to my dad!”

Andrew’s father, Mark Mansheim, who discovered pistols and competitive shooting later in life because his family considered firearms “hands off,” wanted to get his son in competitive sports and saw that the GSSF was a terrific venue they both could share. The Mansheims researched the possible pistols to compete with and chose the GLOCK because, as Andrew said, “the small backstrap of the GLOCK 17 Gen4 fits my hand better,” and Mark noted that the GLOCK is, “the best choice for him. It is superior compared to other pistols because of the safety, ruggedness, and with its different backstraps, it’ll fit his hand now and when he gets bigger. It is perfect for him or any young shooter.”

Intermediate shooter Sharon Piepmeier competes in the GSSF Amateur Civilian class and has won matches in the Adult Female class. She started four years ago at the annual match in Conyers after watching friends compete and catching the bug. She likes GSSF competition and noted that the people involved, “are great!” She enjoys shooting the GLOCK because it’s, “very easy to carry and work with, and the GLOCK is a great gun.”

Sharon notes that, “the GSSF does a great job organizing the events and matches to really strengthen the shooting sports and has been great for getting more women involved—more competition for me, but still good to see!”

Al Simpler, who has been shooting competitively for eight years, is a well-rounded, life-long gun owner and excellent shooter. He first saw an action pistol match and realized that he, “had a lot to learn when I realized some of what I was doing wrong.” He thinks the GSSF matches, “are a great venue for kids, women and even experienced shooters who can still learn and get better.” Al says the GLOCK is superior to other pistols due to, “the ergonomics, the grip, the low recoil and the SAFE ACTION®. Although I shoot in a lot of different kinds of matches, I have put all my other guns up for sale and now I’m pretty much a GLOCK shooter exclusively.”

Lisa Marie Judy started shooting 10 years ago with her husband, a law enforcement officer, and now teaches other women how to shoot. She notes that GLOCK female shooters, “are a fast-growing segment of the population, and since the kids go where mom goes, it gets more kids involved in the sport as well.” She put together the first women-only GSSF-sanctioned match in Leesville, South Carolina, that ended up with 74 women and 105 entries. Competitor Wei Young won that match. The Palmetto GLOCK Girls Shootout is planned to be an annual event as an official GSSF match. Lisa Marie said, “I love GLOCKs— they are comfortable to my hand, and as I tell my students, if there is one gun to use for reliability, it’s the GLOCK.”

Wei Young shot in this year’s Gunny Challenge after becoming the first female Matchmeister in the GSSF. “I have been shooting for three and a half years. I just wanted to learn how to safely handle a gun, but it turned out that the people from the club I joined were very friendly and quick to share their knowledge, and asked me to shoot in local competitions, which I did and did well!” She also loves GLOCKs and said, “The GLOCKs I have are easy to handle, reliable, and they’re so safe that I tell everybody that you can trust your life on a GLOCK.”

The reigning champion, Butch Barton, prevailed at the seventh annual Gunny Challenge over dozens of Matchmeiseters intent on taking home the coveted trophy. Butch noted, “I have been shooting since I was 18, but the GLOCK has been my number one since I bought my first one in 1986. It is a great shooting gun for matches, bowling pins and steel, and I have carried one for work as a law enforcement officer and on SWAT duty.”

Butch has won three out of six Gunny Challenges (including this and last year’s matches he has entered) so he seems to know what he’s talking about.

The last head-to-head Gunny Challenge matchup was the Gunny himself against country legend and GLOCK owner Travis Tritt. Although the Marine Corps-trained Gunny quickly dropped his plates and pepper poppers and then helped Travis finish his, the real winner was everybody who attended to watch excellent shooting for its sheer pleasure. All the competitors, whether Junior or Senior, amateurs or Matchmeisters, the talented Travis Tritt, or the straight-talking and straight-shooting R. Lee Ermey—all were able to enjoy handling GLOCKs to knock down steel.

When asked for advice or tips for shooting, the Gunny simply wiggled his finger and said, “For beginning and less experienced shooters, I like to stress, just like the Marine Corps teaches, that the index finger is the biggest part of accurate pistol shooting. It needs discipline. Just watch your sights as you squeeze the trigger, and if your sight alignment changes, you lack trigger control. Just practice, practice, practice to get the muscle memory and steady sight picture to stay on target.”

For more experienced shooters, R. Lee noted, “They already have competence and concentration, so they just need to have fun. They all expect to win, but only one does, so they should shoot to win but not be discouraged when they don’t!”

The record-breaking GLOCK Annual Shoot XVIII showed that the world’s best pistol not only can place rounds on target, but it can also put the sport in shooting and help connect parents with their kids. That’s the kind of precision and accuracy everybody can enjoy. 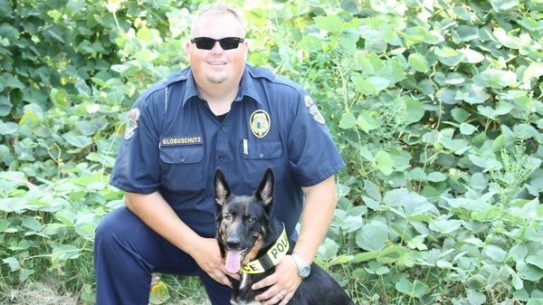