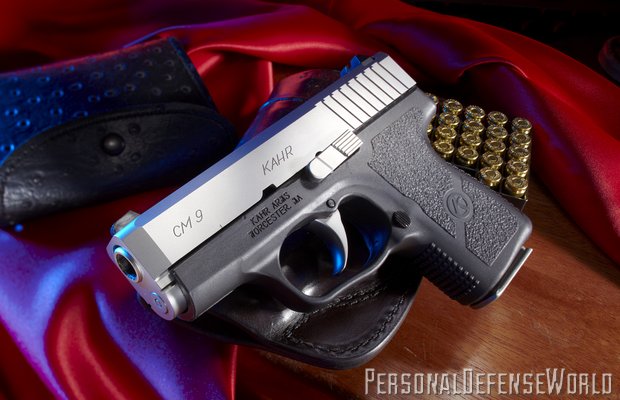 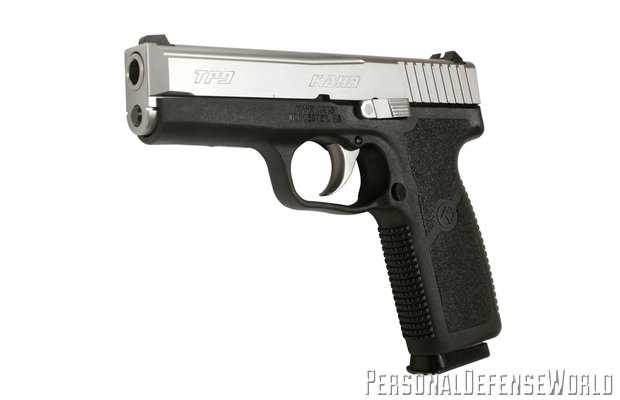 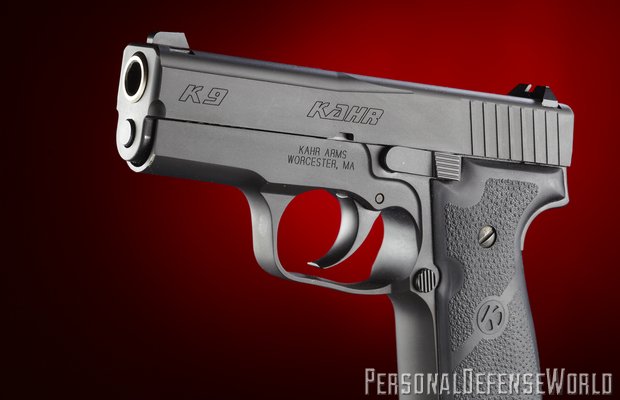 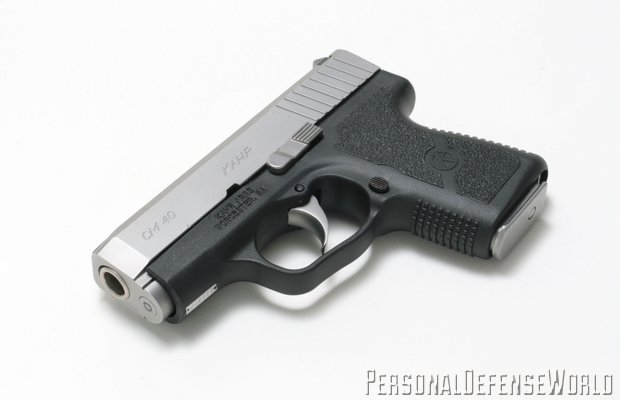 4 of 4
CM4043-LB_phatchfinal
A 3.1-inch barrel is just long enough for jacketed hollow points to expand properly. 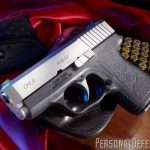 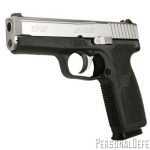 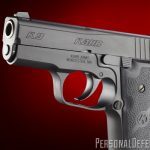 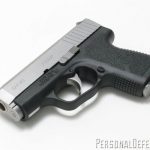 Back when revolvers dominated the scene, choosing a smaller handgun for self-defense was pretty much a no-brainer. Uniformed law enforcement officers, by and large, carried medium- or large-framed service revolvers, and it was only logical that they embrace similar technology when dressed in soft clothes. Snub revolvers from Colt and Smith & Wesson were the hands-down choice, and it was very usual for plainclothes or off-duty coppers to carry anything else.

Fast-forward to the present and you will note that the paradigm has shifted 180 degrees. Law enforcement officers have pretty much abandoned the revolver as a duty weapon and the snub revolver is now the exception rather than the rule for plainclothes/off-duty carry. Three decades ago, lawful concealed carry didn’t exist. Today, at least 40 states allow responsible citizens to carry a firearm to control their own destiny. This, in turn, has created a huge demand for small, concealable handguns.

In 1995, the upstart firm of Kahr Arms took a huge step and introduced the revolutionary K9 pistol. While others had attempted to do this before, the Kahr K9 is widely recognized as the first successful “micro-nine,” a service-caliber firearm with external dimensions no larger than a pocket pistol. Since the K9 in 9mm Parabellum delivers twice the muzzle energy of a like-size .380 ACP pistol, it quickly attracted a great deal of attention.

In less than 20 years, Kahr Arms has grown from a non-entity to a major player. Their current lineup includes over 70 variants in different sizes, calibers, and frame materials. This outstanding lineup of pistols is especially popular with law enforcement officers in search of a backup or off-duty gun, as well as the civilian concealed carry market.

A number of factors distinguish Kahr pistols from those offered by other manufacturers of small defensive handguns. Perhaps the most unique quality is Kahr’s offset feed ramp, which allows placement of the trigger mechanism next to the barrel rather than underneath it. In doing so, Kahr is able to keep the axis of the bore lower in relation to the shooter’s arm, which reduces muzzle flip and makes for quicker follow-up shots.

Kahr pistols feature a straightforward manual of arms and a double-action-only (DAO) trigger. This unique trigger action is very smooth and trips with about 7 to 9 pounds of rearward pressure. This is just about perfect for a small, self-defense pistol and is unlikely to result in an unintentional discharge. Shooters who have been less than enamored with the triggers of many other DAO service pistols may find the Kahr line much more user-friendly.

Upon handling a Kahr pistol, one quickly comes to the conclusion that it is indeed a high-quality firearm. The same cannot be said for many contemporary pistols marketed for discreet carry. Workmanship is indeed first rate, and Kahr pistols are engineered to go the distance.

Consumers can opt for either a stainless steel or polymer frame for most of the Kahr offerings. While I wouldn’t categorize the metal-frame pistols as heavyweights, a light-as-a-feather polymer-frame pistol may have some advantages depending on your application. This is especially true if the pistol is to be carried in a pocket or ankle holster.

The slides of Kahr pistols are made of CNC-machined stainless steel bar stock and are heat-treated and tempered for durability. Lothar Walther barrels with polygonal rifling are utilized in all top-of-the-line Kahr pistols. The barrels are made of a solid round billet of steel to match-grade tolerances. Magazines, too, are of the highest quality. Constructed of 400 series stainless steel, magazines are heat-treated and plasma-welded for flawless feeding of cartridges and reliability.

4 of 4
CM4043-LB_phatchfinal
A 3.1-inch barrel is just long enough for jacketed hollow points to expand properly.

Pistoleros who favor the .380 ACP for backup or super discreet carry may want to consider the Kahr P380. Since its introduction two years ago, this mini-blaster has attracted a great deal of attention and goes unseen in the best places. I’m less than cozy with a .380 ACP as my primary piece, but as a backup to more formidable hardware, the P380 is at the head of its class.

Kahr service-caliber pistols (9mm, .40 S&W and .45 ACP) are available in three size ranges. Intermediate-size pistols, such as the original K9, feature barrels 3.5 inches long, but are still roughly the same size as classic pocket pistols chambered for the .32 ACP and .380 ACP. A smaller series of chopped and channeled Kahr pistols with reduced heights and lengths is also available. Rounding out the lineup are the “T” and “TP” pistols, with external dimensions similar to many popular compact pistols but with a much thinner profile.

The TP9 has a slim frame that is only 0.9 inches wide, yet it still packs 8+1 rounds of 9mm ammunition. The 4-inch-long barrel has a 1-in-10-inch right-hand twist rate. The textured polymer grips provide adequate control when firing and help shooters get back on target quickly for fast follow-up shots. As with many of their pistols, Kahr makes the TP9 with a stainless steel slide, black polymer frame, and it ships with a drift-adjustable white bar-dot rear sight and pinned front sight, but they also make a TP9 with Novak night sights for a little more money. Another great feature is that the gun only weighs a feathery 20.1 ounces—something that greatly adds to its concealed carry value.

Kahr is also well known for its CW9 and CW40 series pistols, considered best buys for small defensive handguns. These pistols incorporate all the key features of the Kahr, minus a few frills to keep the retail price very competitive. For example, barrels of the value series pistols have conventional rather than polygonal rifling. Other differences include a pinned polymer front sight, MIM slide stop lever, fewer machining operations, and simple engraved markings on the slide. These pistols still are representative of Kahr quality, but with a price point on par with many competitors’ offerings.

The Kahr CM9 was a recent addition to the value series line, which has played to rave reviews. With a 3-inch barrel, 15.9-ounce weight when empty, and 6+1 rounds of 9mm on board, the CM9 is a very capable concealed carry weapon. This Kahr offering also comes with a drift-adjustable white bar-dot rear sight, a pinned front sight, and the usual, stylish stainless steel slide and black polymer frame. With such high marks, it should hardly surprise anyone that a .40 S&W version should follow. Kahr released the CM40 in early 2012 and began delivering the handguns to its network of dealers.

Like the CM9, the CM40 defines value in an ultra-small service-caliber pistol. Its barrel length is 3.1 inches—still long enough to promote reliable expansion of jacketed hollow point bullets. With a total length of 5.47 inches and a height of 4 inches, the CM40 can be discreetly hidden in a pocket holster until needed. Its flush-fitting magazine holds 5 rounds of .40 S&W ammunition, representing a quantum leap of power over the pocket pistols of old. The most popular cartridge used my law enforcement officers happens to be .40 as well, so the Kahr CM40 is a great option for officers who wants a backup pistol in the same caliber as their duty gun. When it comes to man-stopping power, .40 S&W trumps 9mm cartridges, making the CM40 a highly desirable pocket pistol.

Kahr Arms has taken a different path in bringing their line of pistols into a very competitive market. They are durable, reliable and boast excellent accuracy potentials—qualities often absent in many hideout pistols. In the past, I’ve never been a fan of small pistols for personal defense. The lineup of quality pistols from Kahr Arms has caused me to reassess my thinking, however. If a trim, concealable pistol is part of your lifestyle, consider a hard-hitting pistol from Kahr. 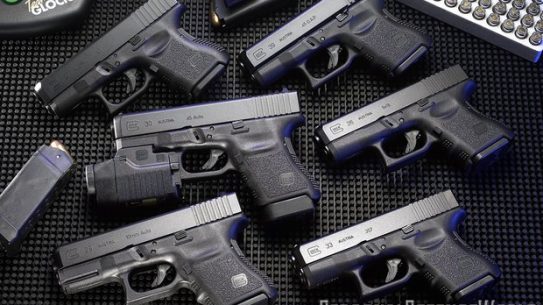 Back when revolvers dominated the scene, choosing a smaller handgun for self-defense was pretty…