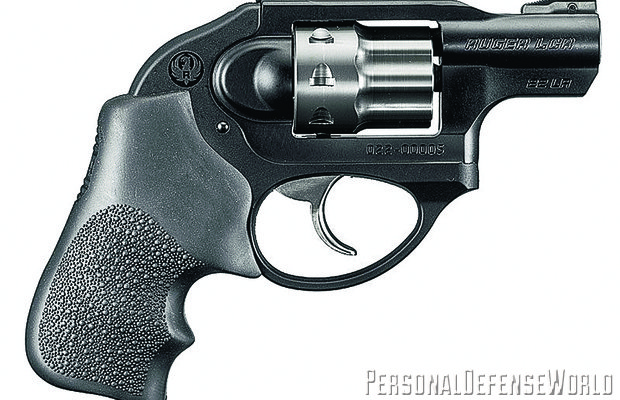 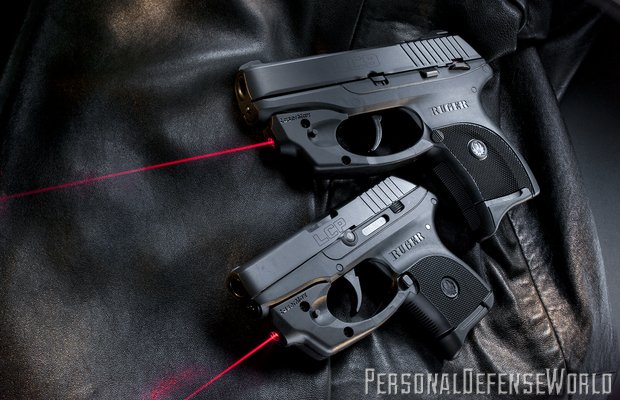 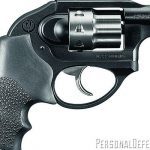 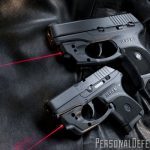 Ruger’s LCP—Lightweight Compact Pistol—in popular .380 ACP was first introduced in 2008 to a great deal of fanfare. While certainly not the newest entry into the pocket pistol concealed carry market, Ruger’s reputation for high quality and durability certainly made it a welcome contender.

Texas Governor Rick Perry carries one while jogging and famously used it against a coyote that was threatening his dog. If that’s not a ringing endorsement, I am not sure what is. This double-action-only (DAO) polymer-framed semi-auto packs 6+1 rounds of .380 ACP ammunition in about as small a package as you can get and comfortably fire.

The LCP also added one welcome feature in the pocket pistol category, a manual slide hold-open. The lack of a bolt or slide hold-open device on any firearm is a safety pet peeve of mine, although a chamber flag will do the job in a pinch, and Ruger gets high marks on that feature alone. That said, it is a manually operated latch and will not lock the slide open on an empty magazine or the last shot, but it will unlock itself when the slide is retracted. It is a bit too small to comfortably use as a slide release, although it can be done with a little practice.

Pocket carry has its own set of challenges and having a completely snag-free profile is certainly a paramount consideration. With this in mind, the Ruger LCP features rounded edges throughout and a smooth finish with flush, integral low-profile fixed sights. The only necessarily non-smooth areas can be found on the slide serrations and the checkering on the grip.

The steel slide and barrel have a very well-executed satin black non-reflective finish. The slide’s open-top design expands the ejection port down both sides of the gun to improve ejection of empty cartridges and increase reliability. This also makes it easier to manually insert a single round directly into the chamber.

This is a hammer-fired double-action pistol, and the flush hammer is visible at the rear of the slide, which partially cocks the hammer for single-strike capability. The advantage of this system is that there is only one consistent trigger squeeze for the shooter to master. The trigger is very smooth, with no stacking or creep and a full inch of travel. It weighed 7 pounds and felt very consistent.

In keeping with the pistol’s simple controls, there is no external or manual safety. There is a small window on the right side of the slide at the back of the chamber that can provide visual indication of a round in the chamber. The hammer’s half-cock does also provide a modicum of safety to prevent it from striking the firing pin on a live round. There is not, however, a drop safety, and the pistol could fire if dropped with a live round chambered. Ruger recommends that the pistol be carried with an empty chamber until ready to fire.

On the range, the LCP performed without any malfunction of any sort with a mix of defensive ammunition and recoil was comfortable given the pistol’s small size. For accuracy testing, I fired from a bench rest at standard self-defense distance of 7 yards. The sights are very small but usable, however, I achieved much better results using the manufacturer-equipped laser.

In 2010, Ruger followed up the LCP with the launch of their LC9 pistol, designed to capitalize on the growing trend of subcompact and pocket 9mm pistols. The LC9 Lightweight Compact is a DAO polymer-framed pistol chambered for the 9mm Luger round with a 7+1 capacity.
That is one better than most pocket .380 ACP guns—in a more powerful cartridge and only slightly larger package—less than an inch taller and longer than the LCP. The checkered and serrated glass-filled nylon frame also helps keep the gun’s weight at just over 17 ounces empty, and the steel alloy barrel and slide both feature a very smooth black oxide finish. As is to be expected, the fit and finish on this gun is exemplary and to the same standard as the company’s other offerings.

In handling the LC9, there is clearly a lot of attention to detail in its design. Other features include a blued, through-hardened alloy steel slide and an included magazine floorplate finger grip extension. Towards the muzzle, the slide is also angled inward to aid with holstering. The high-visibility three-dot sights feature a wider rear aperture to help the user acquire a sight picture faster. The sights also have a low, snag-free profile, and the rear sight is drift adjustable for windage.

Safeties include a firing pin block, which prevents the gun from firing unless the trigger is squeezed, a magazine disconnect, which also prevents firing unless a magazine is completely inserted in the gun, and a left-side thumb safety. As with larger pistols, the Ruger also includes a standard, if small, slide lock/release that locks the action open on the last shot. The LC9 also includes Ruger’s internal lock, which disengages the trigger bar from the hammer and completely deactivates the gun with a turn of the supplied key.

The action is identical to the LCP, and the hammer is partially cocked by the slide with the hammer visible at the back. There is no double-strike capability. The DA trigger also features the same consistent trigger pull, which aids is mastering trigger mechanics. It felt smooth, with no over-travel or stacking, and broke evenly at 7.5 pounds.

On the range, the LC9 performed with no malfunctions of any sort, firing both off-hand and from the bench. The ergonomics of the gun also help reduce recoil, and the grip frame, which is aggressively checkered, noticeably widens toward the back, filling the palm of the shooting hand.

I fired 50 rounds of 9mm Hornady 124-grain XTP self-defense ammo at 7 yards off-hand and kept my groups at approximately 3 inches without much difficulty. The white three-dot sights were very easy to acquire, and the recoil was comfortable and comparable to the much smaller and lighter LCP. For accuracy results, I fired from a bench-rest position at 15 yards using the iron sights. This pistol is certainly capable of effective self-defense use at that range.

Ruger is now offering both pistols with factory-installed laser units from LaserMax. These CenterFire laser units are specifically designed to integrate almost seamlessly with each pistol and feature matching finish and polymer construction. They attach without the need for a frame-mounted accessory rail or any alteration to the gun.

Both units are identical in shape and design except for the slightly larger dimensions on the laser for the LC9. They each feature a bright constant-on red laser beam that is emitted from a point just under the muzzle for the least amount of distortion to target, not that this is much of a factor at self-defense distances. It is also far enough forward that there is little danger of the beam being blocked by your finger.

The ergonomics on the CenterFire lasers are very well executed, with rounded edges and scalloped recesses for proper trigger finger placement. In fact, the spot for finger-off-the-trigger positioning is exactly where the ambidextrous push-button activation switch is located. In this manner, right- or left-handed shooters can easily and quickly use their trigger finger to push in this button before moving their finger to the trigger. To deactivate the laser, simply push the button in from the opposite side back to the middle position.

Allen wrenches are included with each pistol to make elevation and windage adjustments to the laser units, which are factory aligned at 10 yards. I found that each needed 6 to 12 inches of elevation adjustment and a few more for windage to get them right on target, which was easily and quickly done.

With the laser units pre-installed, two very good guns are made significantly better and are sure to please a lot of shooters. The units add barely any size to the already small dimensions of the LCP and LC9, and only 0.5 ounces in weight. When you add the included cable lock and a padded and zippered case, it makes for a fairly complete personal protection package. 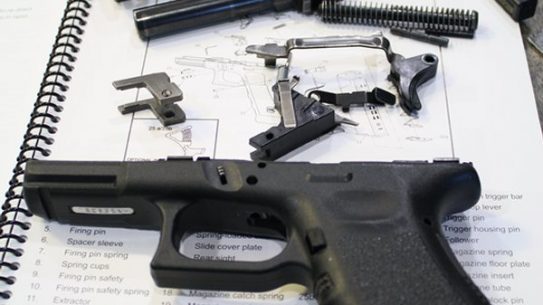 Ruger’s LCP—Lightweight Compact Pistol—in popular .380 ACP was first introduced in 2008 to a…