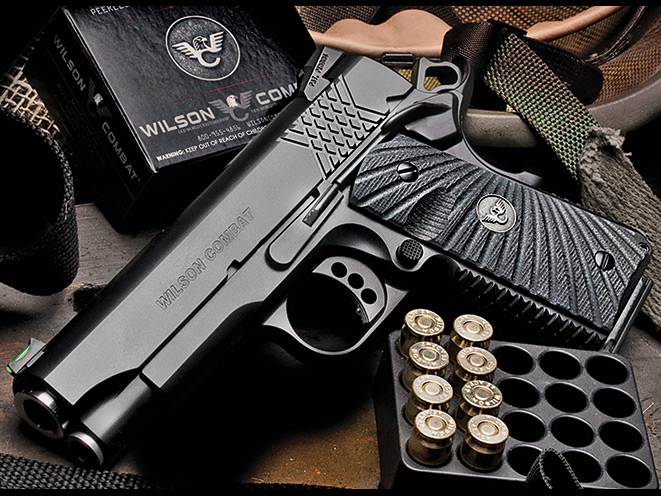 1 of 10
Austin Proulx Interviews Bill Wilson of Wilson Combat
Bill Wilson’s early involvement with the International Pistol Shooting Confederation (IPSC) set him on the path to building some of the finest custom-quality 1911 handguns available today. 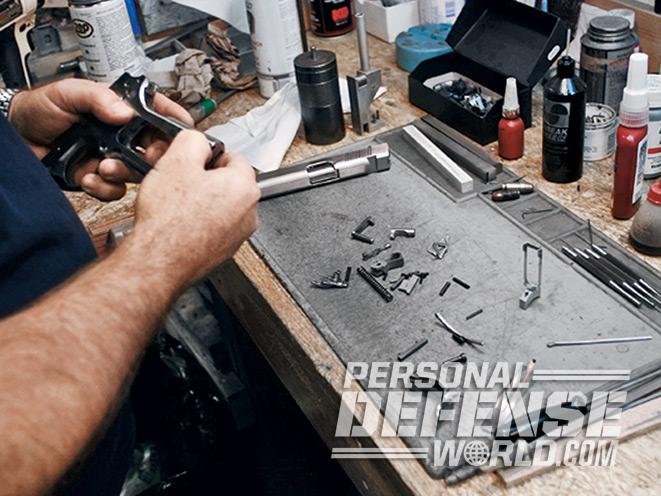 2 of 10
Austin Proulx Interviews Bill Wilson of Wilson Combat
After starting a small gun shop in his father’s jewelry store, Wilson laid the foundation for the exceptional degree of craftsmanship found in the .45 ACP autopistols that now bear his name. 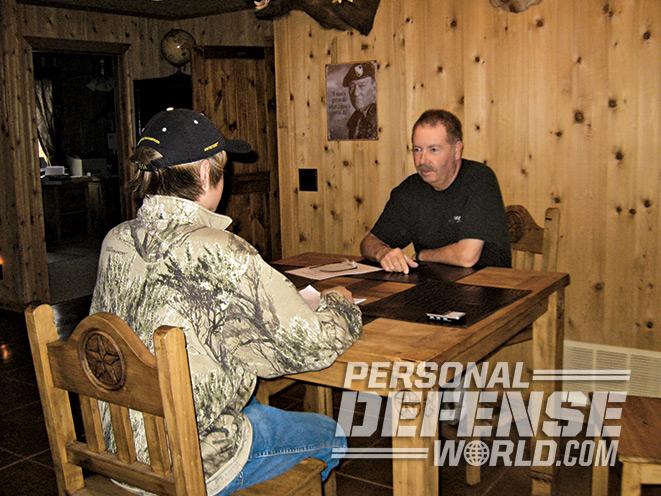 3 of 10
Austin Proulx Interviews Bill Wilson of Wilson Combat
Wilson explains the genesis and development of IDPA shooting to interviewer, 14-year-old Austin Proulx, who also competes in the sport. 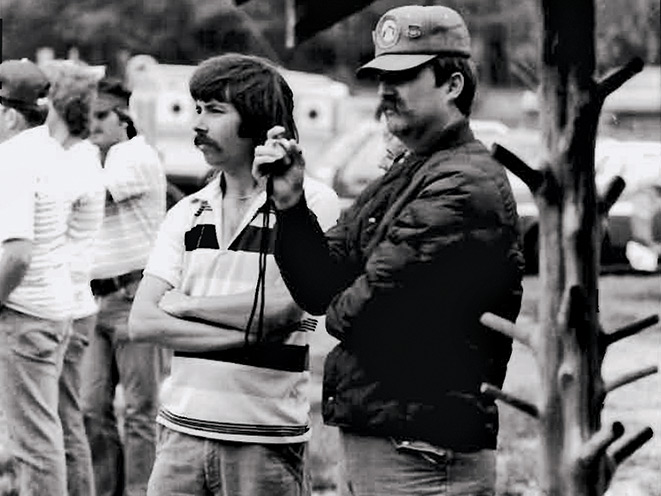 4 of 10
Austin Proulx Interviews Bill Wilson of Wilson Combat
When it comes to shooting handguns competitively, Bill Wilson (left) knows of what he speaks—he began shooting at contests in 1972. 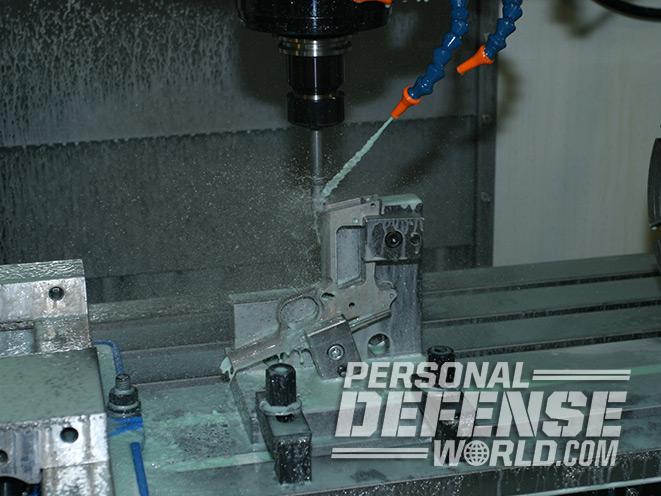 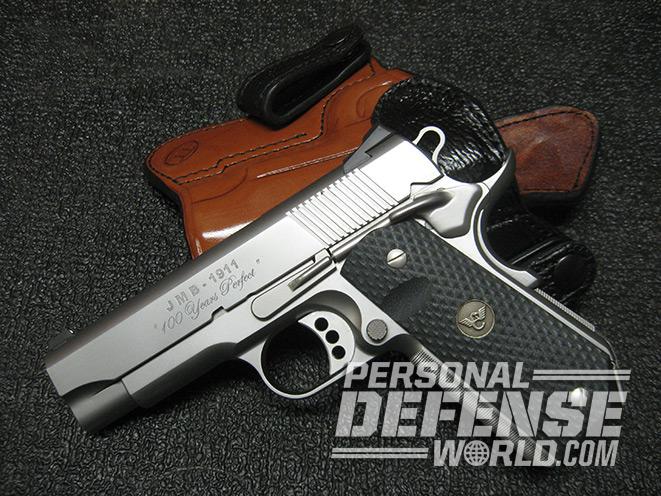 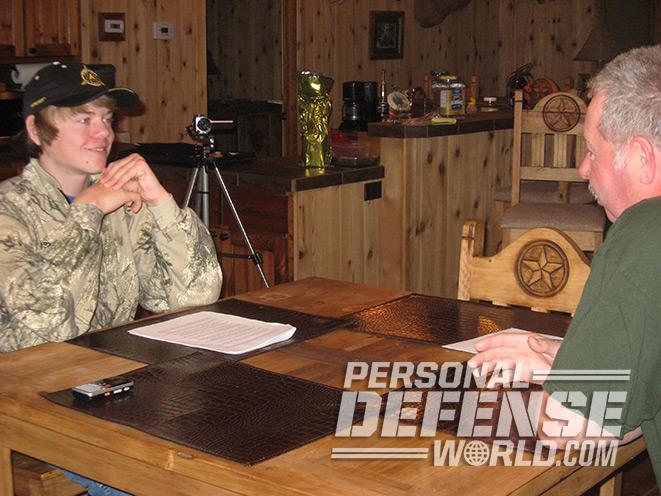 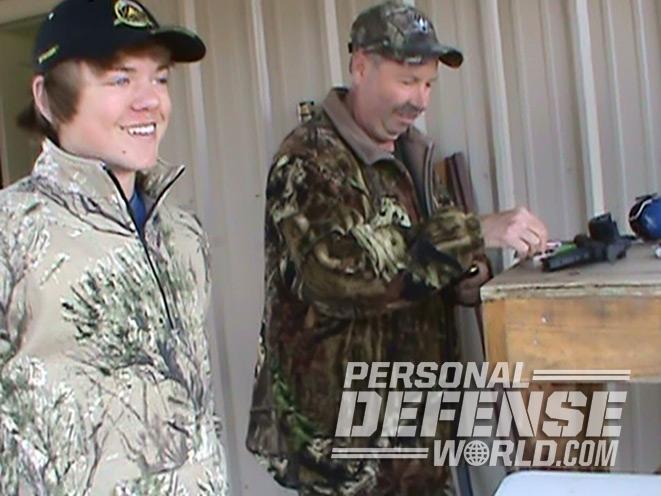 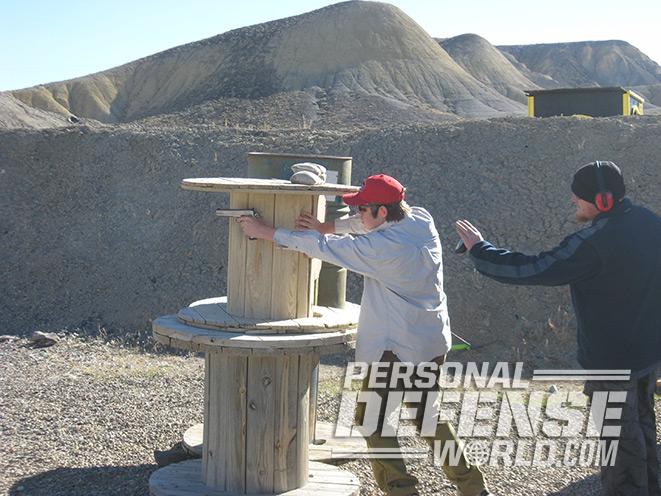 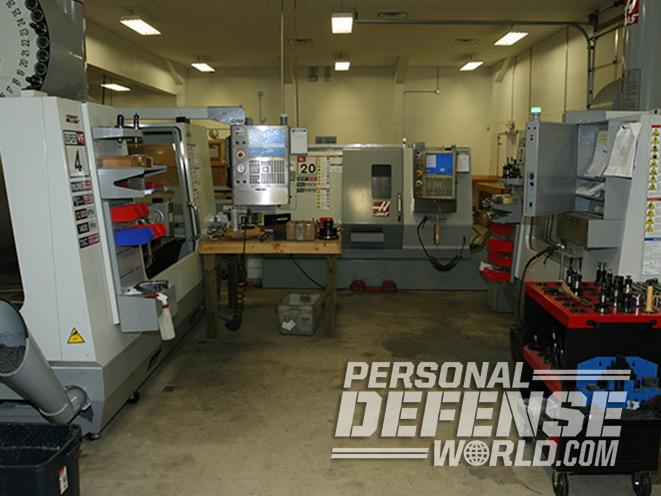 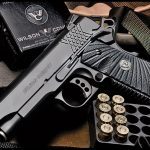 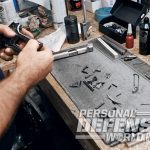 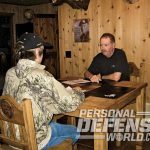 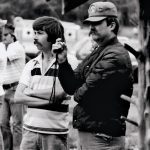 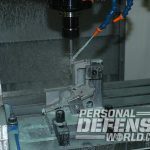 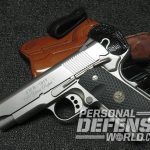 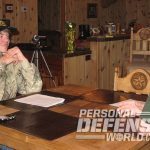 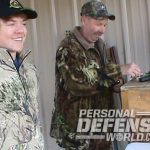 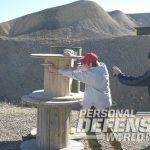 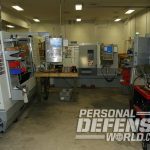 About the author: Austin Proulx is 14 years old and an avid hunter, shooter, and IDPA competitor. Following is his exclusive interview for Combat Handguns with Bill Wilson, a founder of IDPA and manufacturer of some of the finest 1911s on the planet.

With regards to your involvement in the shooting sports, who was the most influential person on the path to you becoming who you are now and why?

There’s one guy who’s name I can’t remember, but he was an old bulls-eye shooter, and I would always see him out at the range way back in the ’70s when I started getting serious about competition shooting. I was out there one day and I couldn’t shoot consistently. This was the guy that turned the light bulb on for me that the basics still apply no matter how or what you are shooting. One day I was out there kind of down in the dumps and I began to think that it was my gun, so he picked up my pistol with my ammunition, assumed his normal one-handed bulls-eye stance and shot a one ragged hole group at about 25 yards, really letting me know it was me and not my gun.

What was your first real job and how long did it last?

Well I always had a job in my dad’s jewelry store, cleaning showcases, restocking shelves, wrapping gifts and things like that. My first real job was working for my grandpa. He was a carpenter, an extremely good one, so I started working for him in the summers. We were really close, but on the job I was just another employee. It was good because he made me work, it wasn’t just I showed up and got a paycheck. I learned a lot doing that.

Can you recall one critical moment or event that set you on the path to doing what you do today, and if so, what was it?

There really wasn’t any one moment in particular, like I said I always knew what I wanted to do. I guess a couple big turning points were starting the little retail gun shop in the jewelry store, and then when I began to shoot the International Practical Shooting Confederation (IPSC) competitively.

Of the many different handgun designs out there, what was it that led you to choose John M. Browning’s masterpiece, the 1911, as the basis for your flagship product from what would become Wilson Combat?

Back in the early days of IPSC if you didn’t shoot a 1911 .45 you couldn’t win, at least that was the perception back then, so the business was really driven by competition in the early days.

I am an avid International Defensive Pistol (IDPA) competitor and love the sport. What type of competition is your favorite and why?

I started shooting competition in 1972. There was not much competition going on, so I started shooting informal PPC with the local law enforcement. Then around 1976, IPSC was formed, I read about that and had to try it immediately. I enjoyed it for years, but when IPSC got too “gamey” I quit competition for a few years. Eventually we formed IDPA, which is similar to what IPSC was in the early days.

You and five others founded IDPA in 1996. How and under what circumstances did you come up with the concept for the sport?

What IDPA is today is what IPSC started out as. The breaking point for me was when optical sights were coming into use. I and another board of director member created the limited division to try to get IPSC back to the way it was in the beginning. That didn’t work though, so I broke off from that and IDPA started at the local level and grew from there.

IDPA has put handgun competition in reach for the “common man.” “Run what ya brung,” and compete against others of the same skill level, with affordable gear. Was that the intent?

That was the original goal, along with funding matches as much as possible by the industry instead of by the shooters.

Has IDPA turned into what the group had envisioned when you all first started kicking the idea around?

Oh it surpassed that within the first two years.

You and the other founders created a sport with broad and growing appeal. What is the future of IDPA?

I’m hoping that (IDPA three-gun competition) takes off because it is really the next logical level of progression for this sport. That, and we are getting tremendous international interest. We have had more growth outside of this country in the last five years percentage wise than we have in the U.S.

Did you, or any of the other founders anticipate that IDPA would spread as quickly and become as big as it has?

I noticed on my IDPA membership renewal that your wife, Joyce Wilson, is the executive director of IDPA. How and when did she become actively involved?

She started shooting IDPA right after its inception in 96, and ran her first national match in 2000. We met each other at an IDPA match.

Thanks for taking the time to sit down with me and answer all my questions. 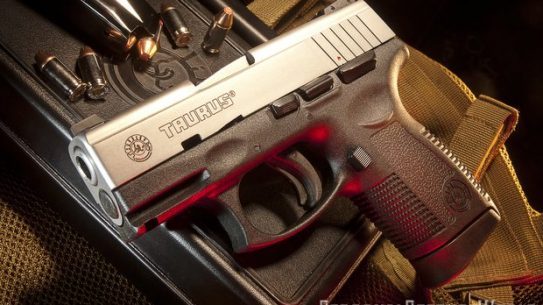 About the author: Austin Proulx is 14 years old and an avid hunter, shooter,…