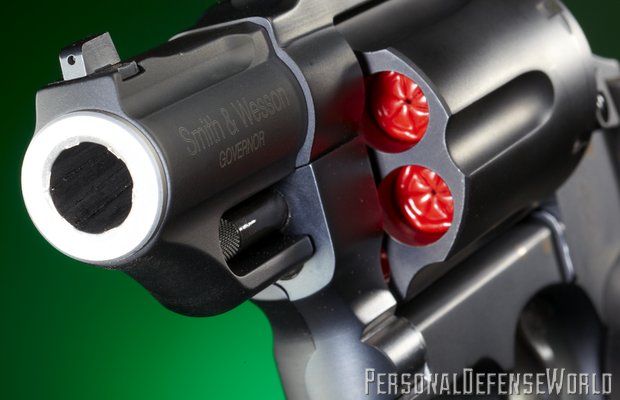 1 of 4
S&WGovernor_details 0503_phatchfinal
The long shot shell like on this S&W Grovernor, but the dimensions also allow for the use of .45 Colt. 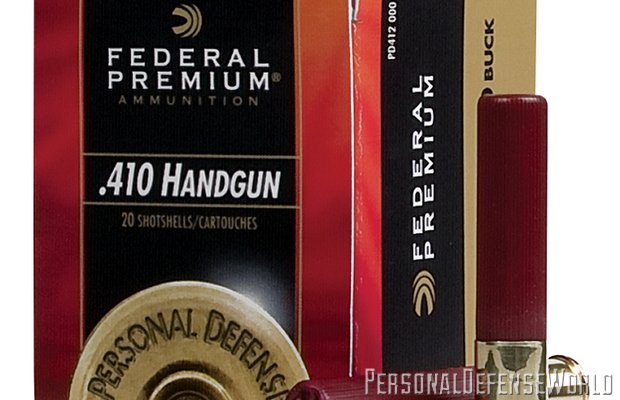 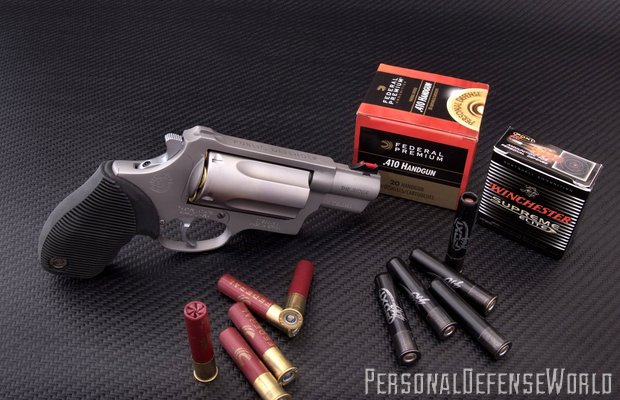 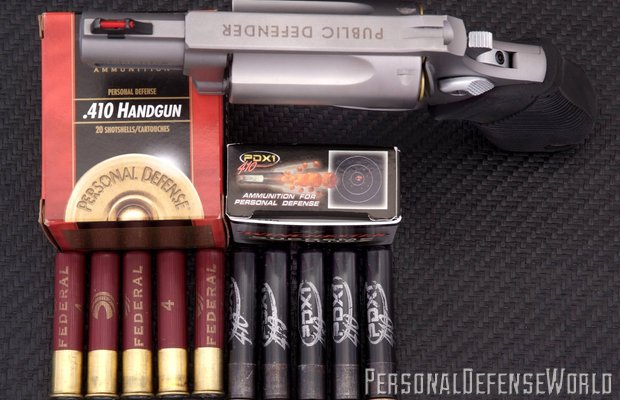 4 of 4
4. Taurus PD and Ammo 4_phatchfinal
Five shots of .410 can deliver upwards of 25 heavy buckshot pellets on target. 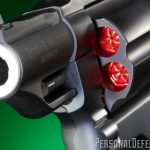 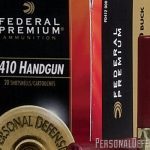 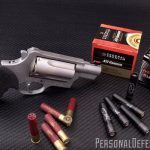 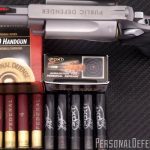 It is a widely accepted thesis that for home defense, indeed for most any kind of short- and medium-range defense, the 12 gauge shotgun loaded with buckshot is king. But in the age of concealed carry, simply stuffing a full-sized shotgun down your pants is neither comfortable nor socially acceptable. However, handguns chambered for the .410 bore shotshell are selling briskly for the concealed carry market.

Perhaps no firearm has added to the popularity of the .410 bore like Taurus’s model 4510 revolver. Better known as The Judge, this gun popularized the notion of having five shots of .410 or .45 Colt ammunition readily available in a relatively compact revolver. Taurus now offers various models and finishes with either a 2.5- or 3-inch barrel and cylinders that can accept either 2½- or 3-inch .410 shells. Other options include fiber optic front sights, Crimson Trace Lasergrips, ported barrels to help control muzzle rise—even a length of Picatinny rail under the barrel for accessories like lights and lasers. All Judges also come with Taurus’ soft, recoil-absorbing “ribber” grips.

New for 2011 is Taurus’ Public Defender Polymer, which takes the Judge to a whole different level and provides a lightweight polymer frame (weighing only 27 ounces) and adjustable rear sights. The shotgun-like ability to put a lot of lead in the air very quickly has been the key to the Judge’s popularity, but it is not technically a short-barreled shotgun because it has a rifled bore.

It was, of course, only a matter of time before America’s premier revolver maker entered the fray and actually upped the ante. In 2011 Smith & Wesson introduced The Governor, a six-shot .410 bore revolver than can accept 2½-inch shells as well as .45 Colt and .45 ACP ammunition, with two- and six-shot moon clips included. The Governor has Hogue molded grips, lightweight blackened scandium alloy frame (just under 29.6 ounces in total weight), and Tritium front sights with a PVD cylinder. It is also available with Crimson Trace Lasergrips as an option.
Those seeking an even more compact .410 delivery tool can choose from among several types of derringer pistols. Among modern good quality derringers, Bond Arms Texas Defender is a popular choice and available in multiple calibers with a quick change barrel system. Cimarron Firearms Company and Cobra Firearms have recently teamed up to offer their first .410 bore/.45 Colt derringer, the Cobra Titan. This all stainless steel gun is available in a polished, blackened, or satin finish and includes Cimarron engraved rosewood grips, break open single action and two-shot capacity. Traditionalists can also remove the triggerguard for a more classic look.

It should be noted that when you fire multiple projectiles, they divide the force of the shot between them. Each one hits with only a proportional percentage of the total force. This produces less penetration than would a single projectile and there may not be enough force to penetrate sufficiently to damage vital organs. The benefit is that, at close range, you get multiple hits with one shot and avoid over-penetration, which can be of particular concern in a home-defense situation.

The other issue to be aware of is that these guns feature very light rifling. Rifling gives the bullet spin, which makes a single projectile more accurate. However the effect on a shotshell with multiple projectiles is that it could theoretically cause the pattern to spin and spread wider than it would out of a smoothbore barrel.

The lesson here is that with most any .410 load, the closer the better. Fortunately two well known companies have recently released .410 ammunition specifically designed for these revolvers—Winchester and Federal.

Winchester’s Supreme Elite self-defense ammunition in .410 Bore, called the PDX1, is available in 2½-inch and 3-inch shells that features a combination of plated “Defense Disks” and plated BBs. The disks themselves appear copper colored and have a rounded profile, which is flattened on both ends. The 2½-inch shells will accommodate three such disks loaded on top of 12 copper colored BBs while the full-sized 3-inch shells will fit four disks over 16 BBs and produce a muzzle velocity of 750 feet per seconds (fps). Both also feature Winchester’s distinct black hull and black oxide high base.

To further appeal to this market, Winchester also offers a combo pack of PDX1 ammunition that includes 10 rounds of .410 in 2½-inch shells and 10 rounds of .45 Colt in 225-grain. Other loadings include standard 000 buckshot and rifled slugs for self-defense.

Federal has developed its own line of premium personal defense ammunition for .410 handguns. Available in both 2½- and 3-inch lengths and firing 000 or No. 4 buckshot, they can produce a muzzle velocity of 1,200 fps. These loads hold one extra .36 caliber 000 buckshot pellet when compared to standard .410 buckshot loads—that’s five pellets in their 3-inch shell.

I test fired the new Bond Arms Ranger II derringer pistol with both .45 Colt and Federal’s 2½-inch 000 buckshot at 7 yards. This is a stout two-shot pistol weighing over 23 ounces with a 4.25-inch barrel and it will accommodate 3-inch .410 shells as well. The weight and full sized grip make the recoil very manageable and I was impressed with the patterning results. All four .36 caliber pellets stayed within a four-inch circle at 21 feet and one group was under an inch. This level of shot density can render the .410 extremely effective.

In addition to larger than normal payloads, Federal has also produced an optimal hull design with thicker brass, to aid in extraction, and a new wad design to produce the best patterns in a rifled barrel. Federal also produces its Power-Shok 410 load with a 2½-inch shell firing a hollowpoint rifled slug.

With the increasing supply of high-quality firearms and ammunition designed to fire the .410 bore, it looks like they are here to stay. American shooters have adopted the .410 revolver in particular as a reliable and effective self-defense tool and undoubtedly manufacturers will continue to develop products that respond to the demands of the market. 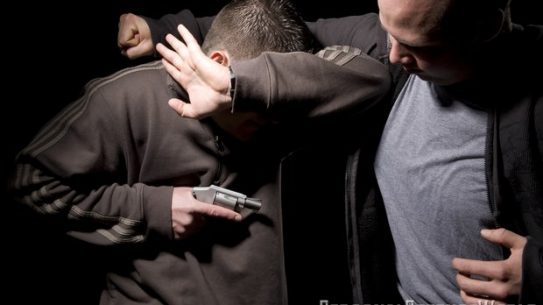 It is a widely accepted thesis that for home defense, indeed for most any… 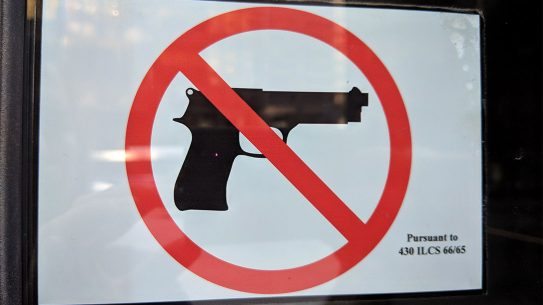 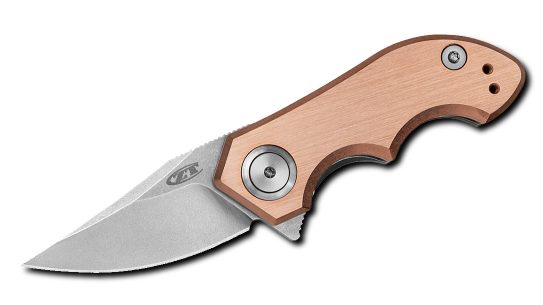 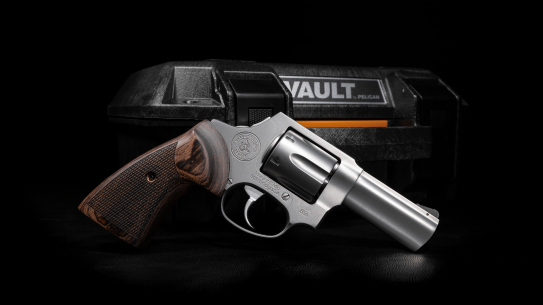 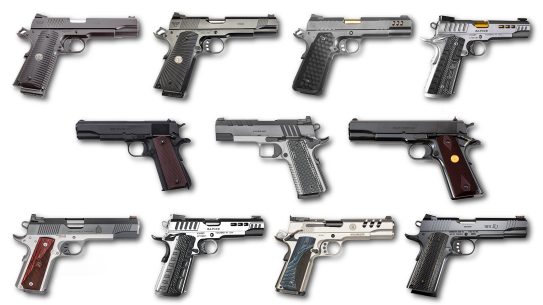 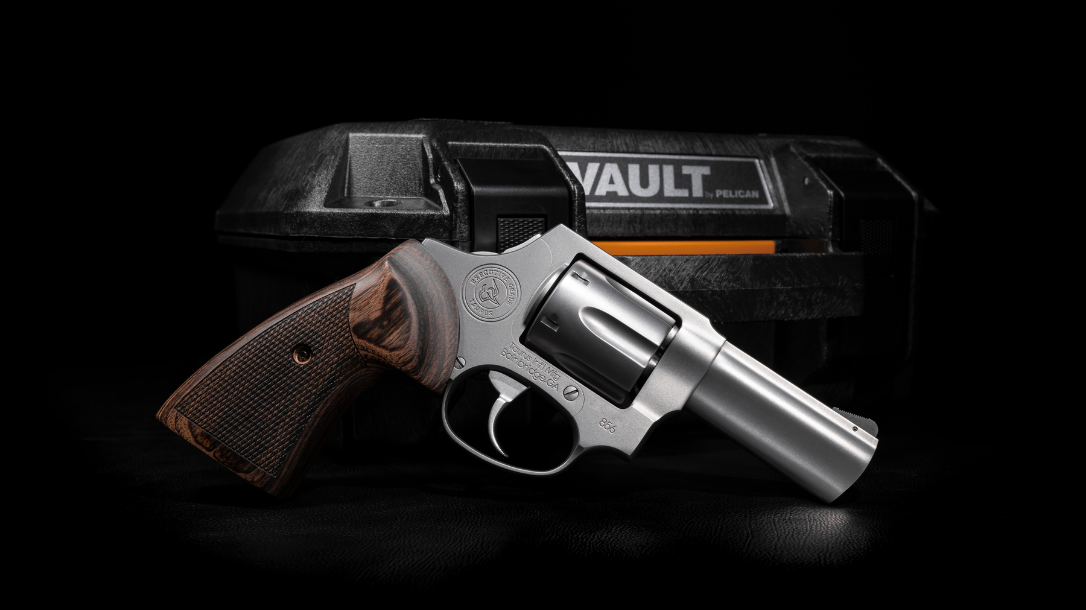 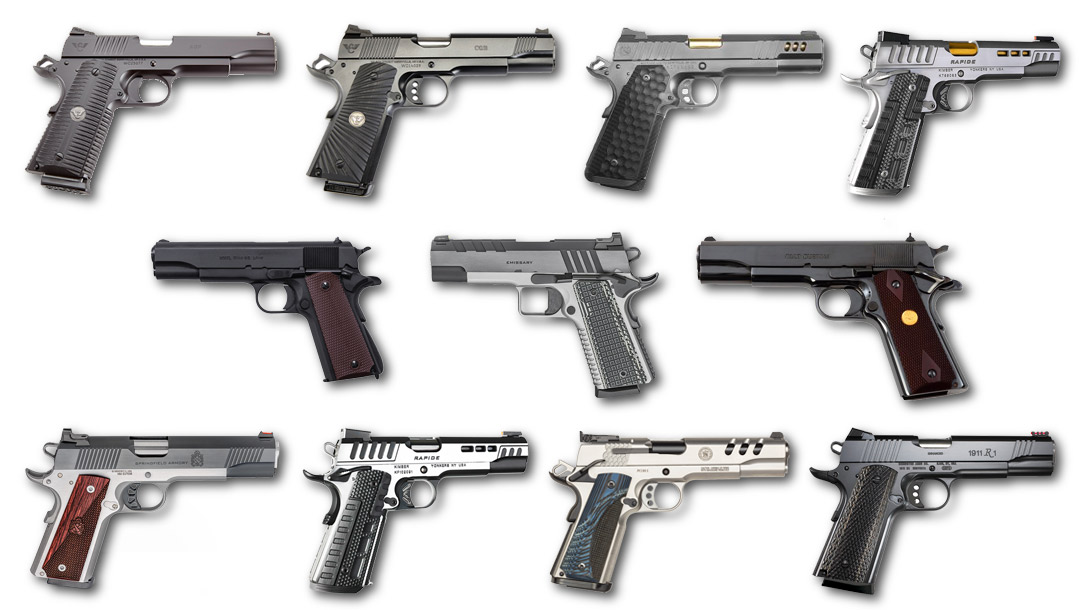 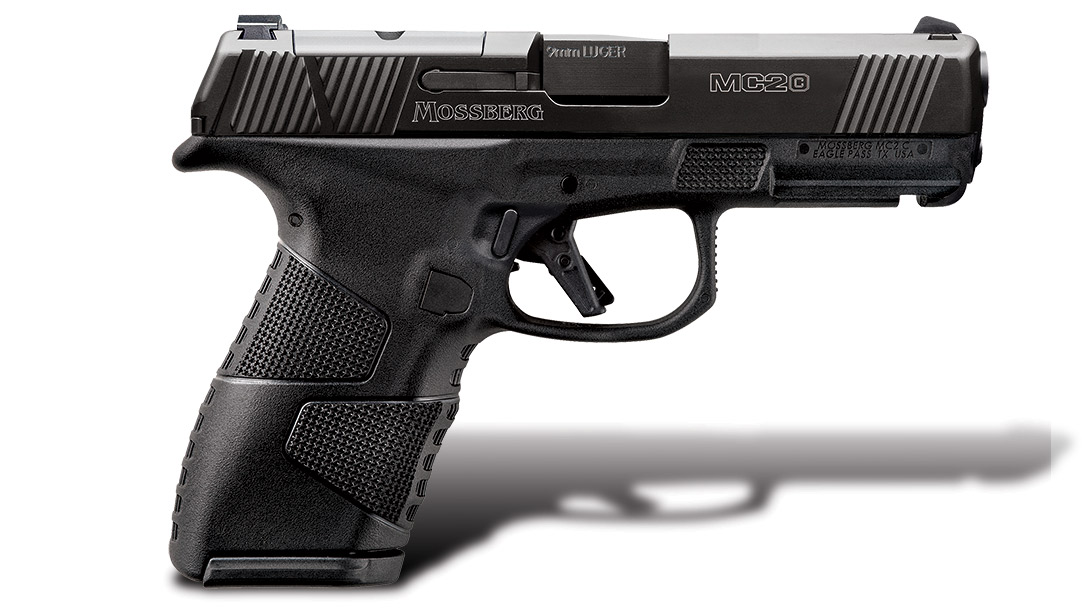 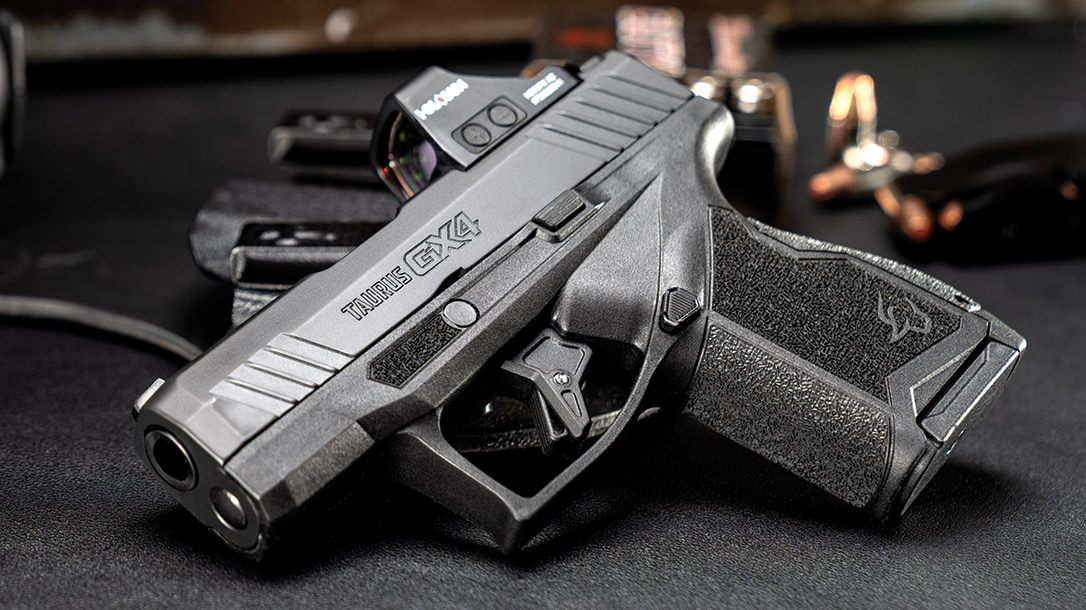 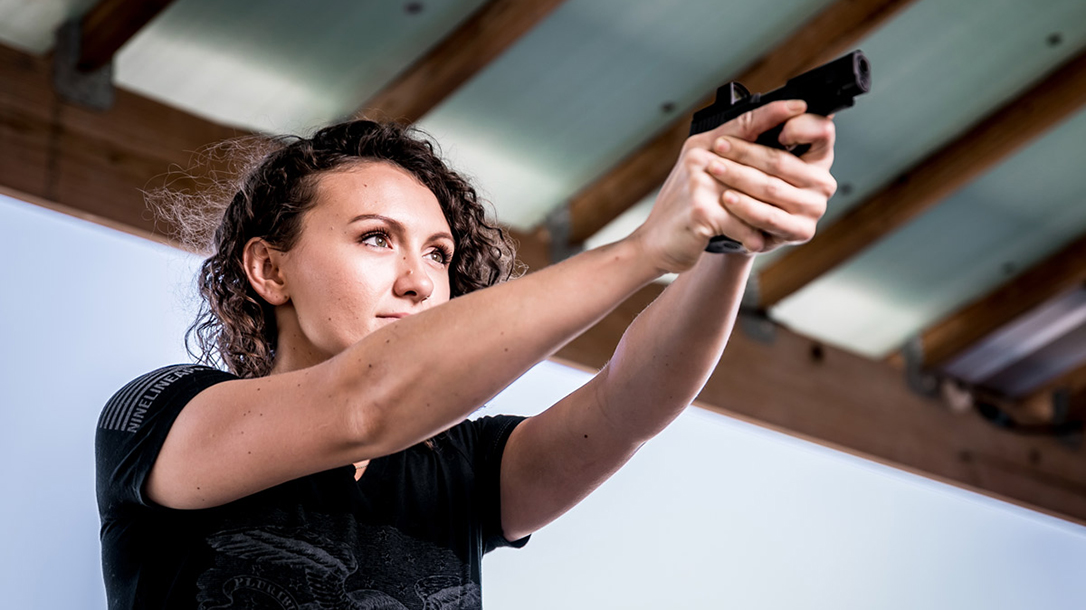 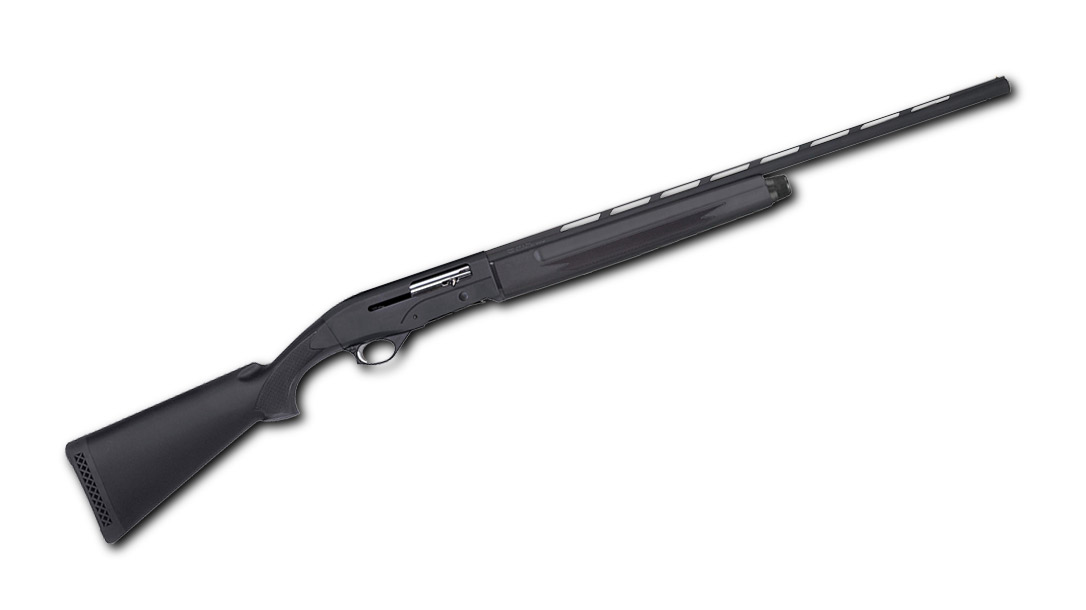 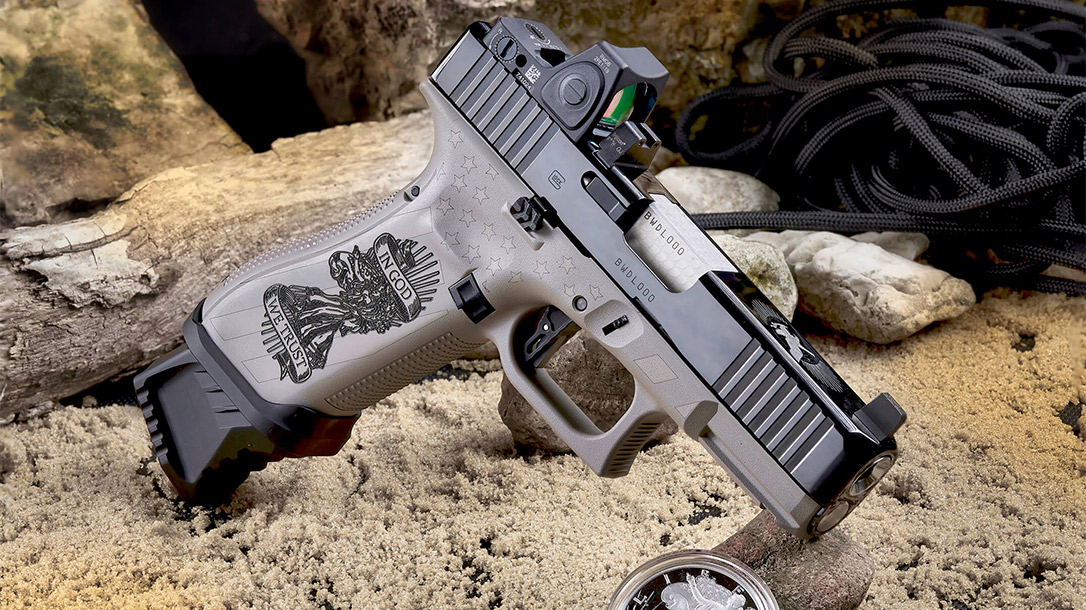 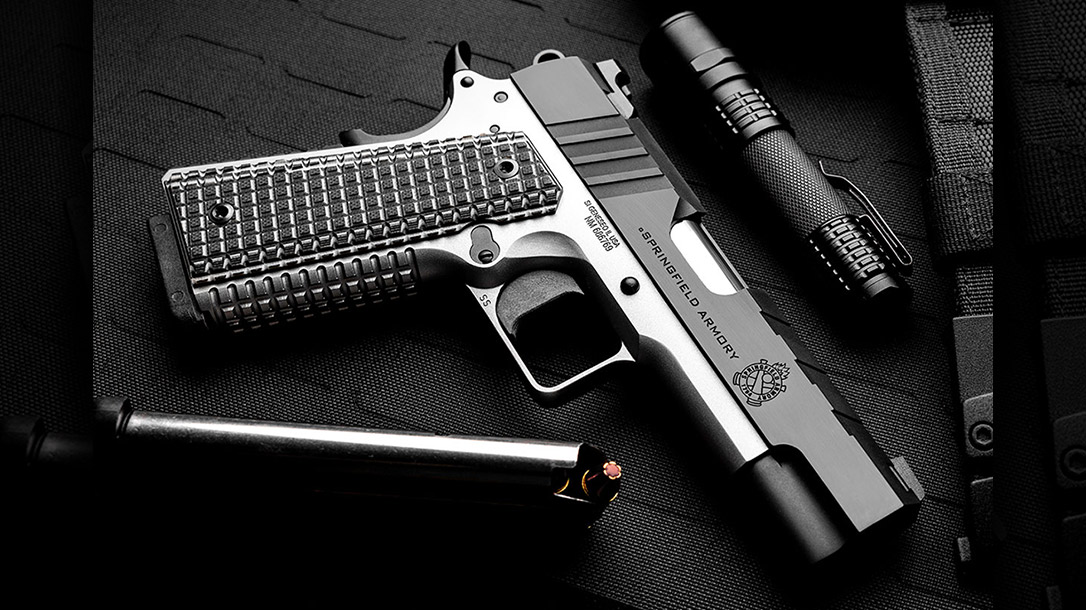 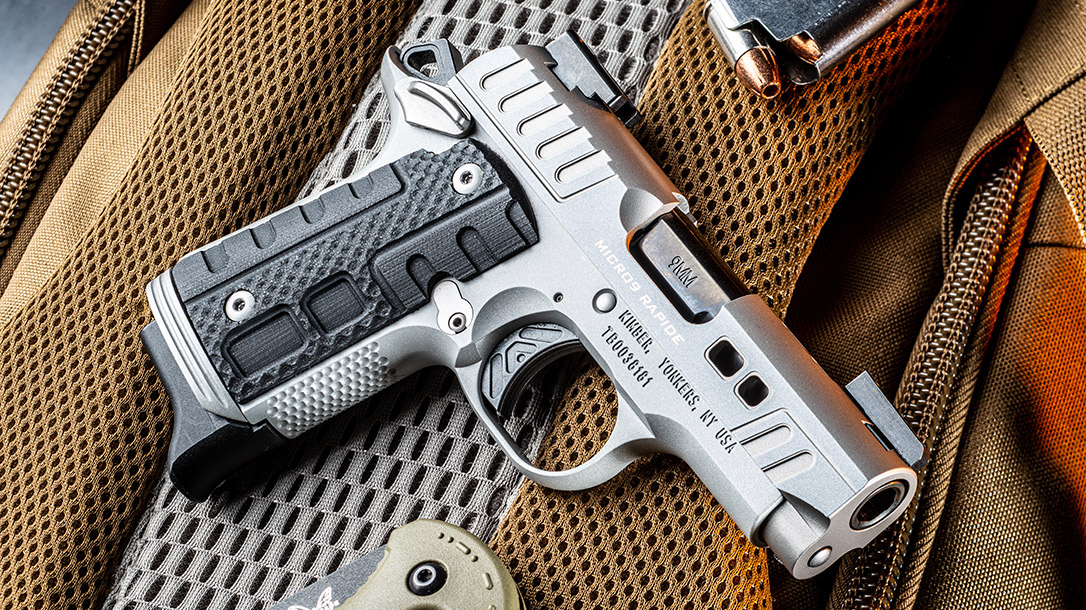 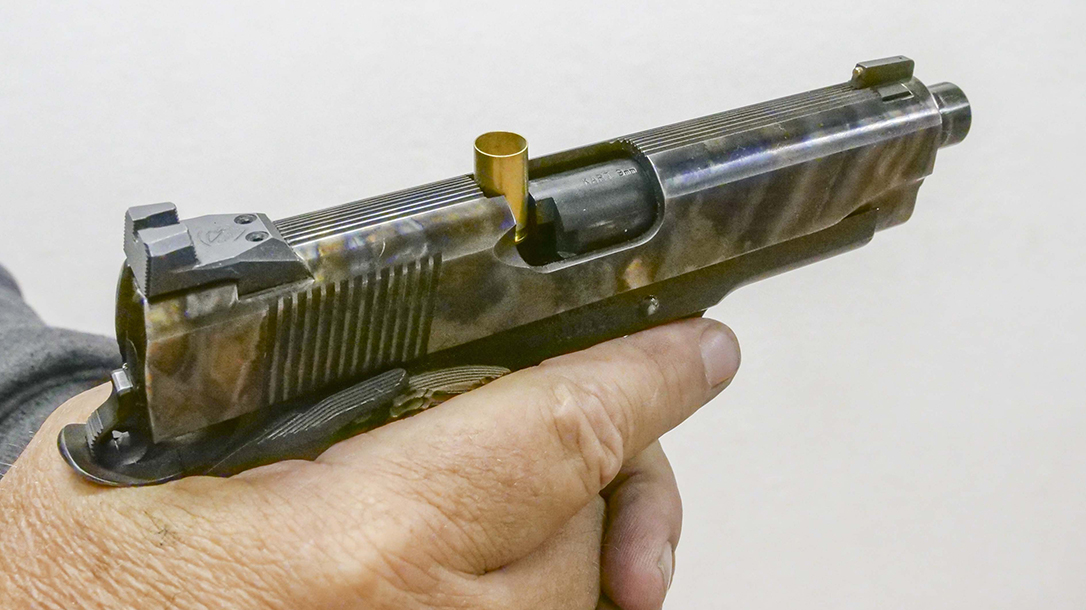 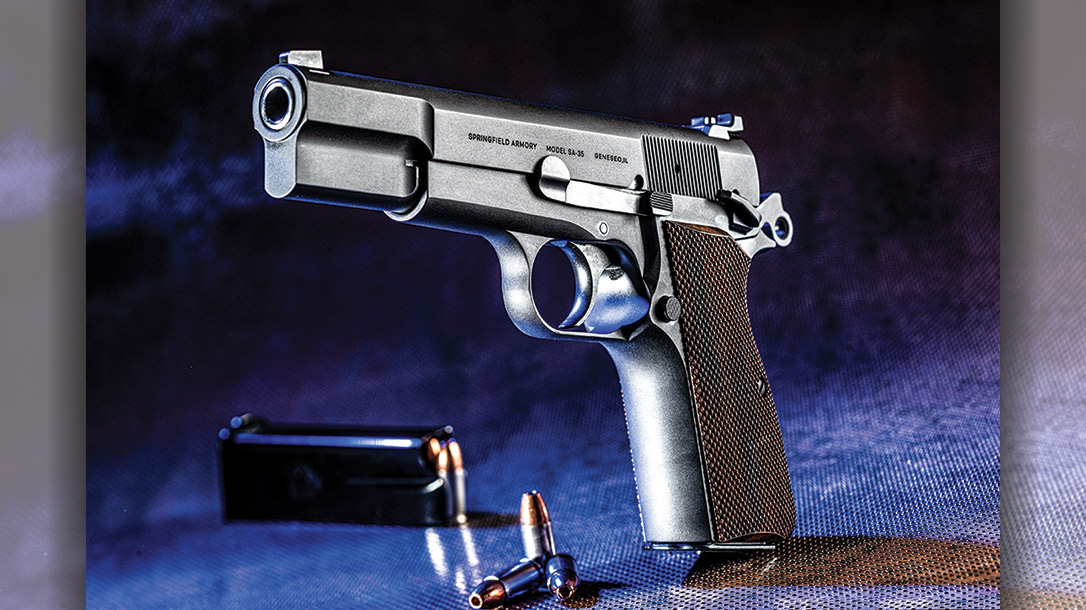