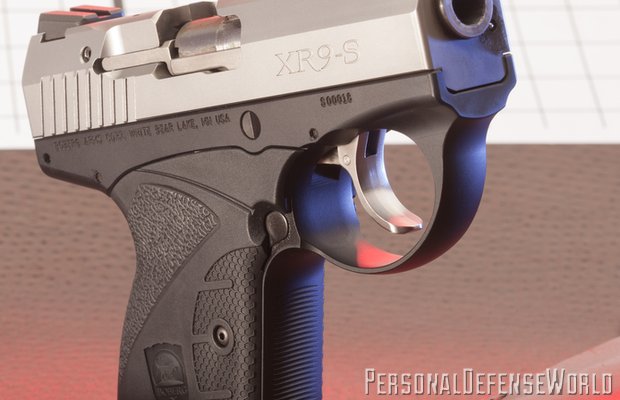 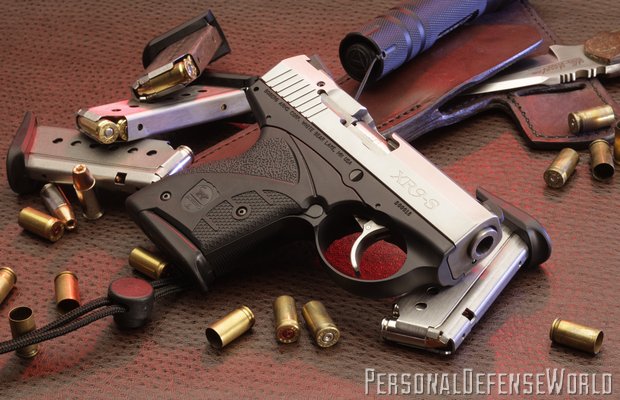 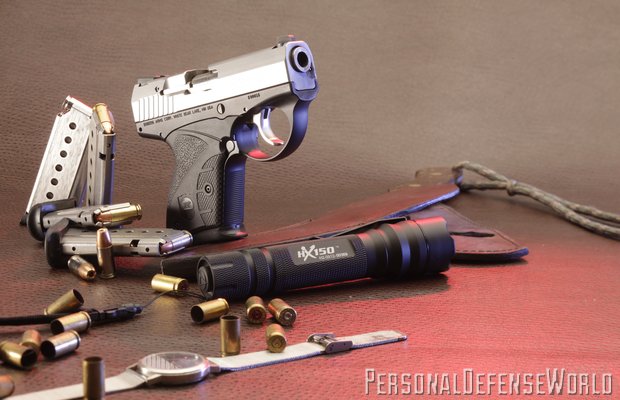 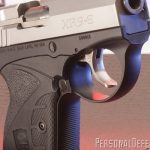 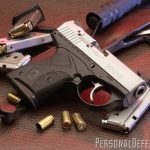 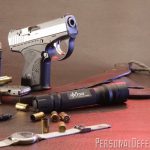 The first firearm produced by Boberg Arms of White Bear Lake, Minnesota, was the XR9, a semi-automatic subcompact 9mm pistol designed specifically for concealed carry (CCW) applications. With a barrel length of 4.2 inches and an overall length of 5.8 inches, its dimensions were impressive—it either matched or was smaller than others in the same category.

Chambered for 9mm Parabellum ammunition, it was also powerful, the ”world’s most powerful 9mm pocket pistol” as the company advertises, delivering 25 percent more muzzle energy than its competitors. Despite their success in engineering this model, Boberg Arms wasn’t satisfied and believed they could produce a much smaller version while maintaining performance. With that goal in mind, development of the XR9-S (Shorty) began. Small and with almost no visible barrel extending from its frame, the 9mm Boberg XR9-S fits concealed in places unimaginable for standard and most subcompact handguns.

Billed as an ultra-compact pistol, its overall length of 5.1 inches and height of 4.2 inches barely contains the 3.35-inch barrel. Its frame is made of 7075-T6 Fortal aluminum alloy, the slide of 420 stainless steel, and the barrel of 4140 steel, all fabricated using CNC machining. In future production models, barrels are expected to be made from high-strength stainless steel along with the springs. The barrel is rifled with a 1-in-16-inch right-hand twist. Weight was controlled and with a fully loaded magazine inserted is only 17.5 ounces. Double-action-only and with a trigger pull of 5.5 pounds, the pistol is hammer-fired using a rotating barrel locked-breech action.

To achieve such small measurements, the XR9-S places the chamber and feeding mechanism near the rear of the pistol’s frame in a placement technique that achieves a low bore axis and allows the barrel to sit low in the hand, where recoil is more in line with the arm. The Boberg feed mechanism differs from that of traditional handguns in that it draws the cartridge backward from the magazine. Arne Boberg, president of Boberg Arms, explains the design was inspired by the pullback action of some heavy machine guns, including those designed by Hiram Maxim and John Browning.

Although other manufacturers have unsuccessfully tried to adapt the function to a handgun, the XR9-S has solved the feed errors that plagued these designs by positively controlling cartridges from the time they are extracted from the magazine until ejected from the breech. Because of the unique feeding mechanism, the weapon’s seven-round magazines, made of laser-welded stainless steel, also load differently, with the rounds inserted nose-first into the back of the magazine so that when the slide cycles it pulls the round out of the rear of the magazine and then pushes it forward into the barrel.

The XR9’s compatibility with 9mm +P ammunition significantly adds to its stopping power. Manufactured to improve ballistic performance of the 9mm Parabellum, high-pressure and very high-pressure loads, commonly labeled as “P” and “+P,” accomplished the goal and led to the development of hollow-point designs that give better terminal performance by expanding rather than fragmenting. A compact handgun capable of handling the higher-pressure rounds can expect increased velocity and muzzle energy—this all translates into more effective stopping power.

To compensate for the expected recoil, the XR9-S feeding mechanism is designed to act as a natural rear buffer and absorb most of the force. The low bore axis of the weapon also adds to control by keeping the recoil more in line with the arm and limiting upward movement, allowing more manageable sight adjustment for follow-up shots.

The XR9-S’ trigger pull is smooth and the natural buffer design does allow only minimal recoil. Aiming is accomplished using low-profile dovetail windage-style sights that are easily acquired visually and have a radius of 4.4 inches.

There are several significant differences from the more common short-recoil-operated handguns when reloading and clearing malfunctions from the XR9-S. Once exhausted, a spent magazine will not cause the weapon’s slide to lock back. Since rearward movement of the slide grabs the next round from the magazine, it would not be beneficial for an automatic lock, as the empty gun would still require a rack of the slide to reload. In this case, a trigger pull met with an audible click and no expelled round will indicate either a misfire or empty magazine. To quickly determine which, a chamber-viewing window is installed so the shooter can see the cartridge base and verify a round has been chambered. If not, you can assume the magazine is empty.

Two safeties prevent unintentional discharge, but neither is manual. A passive firing pin safety prevents discharge when dropped and the double-action-only (DAO) trigger pull provides resistance prior to every shot.

There has been a significant amount of buzz surrounding this weapon even before its first production models began shipping in September 2011. Disputes raged about its unique action and engineering, but in the end, the XR-9 Shorty delivered on its advertising. It puts a full-sized barrel in an easily concealable weapon and generates 25 percent more muzzle energy than any other same-caliber pocket pistol. It belongs in a different class not only because of its engineering and overall smaller size, but because of its serious stopping power made possible by its ability to safely and routinely fire 9mm +P ammunition. 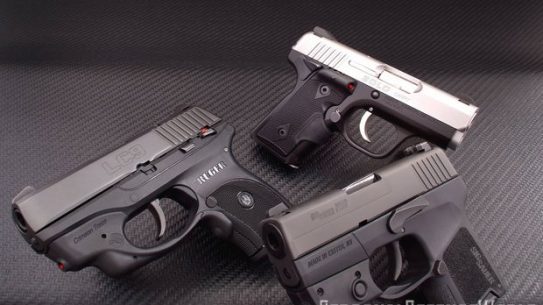 The first firearm produced by Boberg Arms of White Bear Lake, Minnesota, was the…