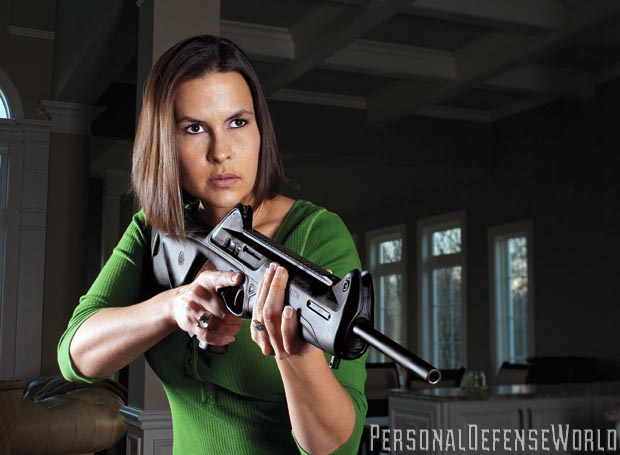 1 of 4
PDW CARBINE LEAD
The Beretta Cx4 Storm in.45 ACP offers homeowners great stability and more reach than a standard handgun of the same caliber. 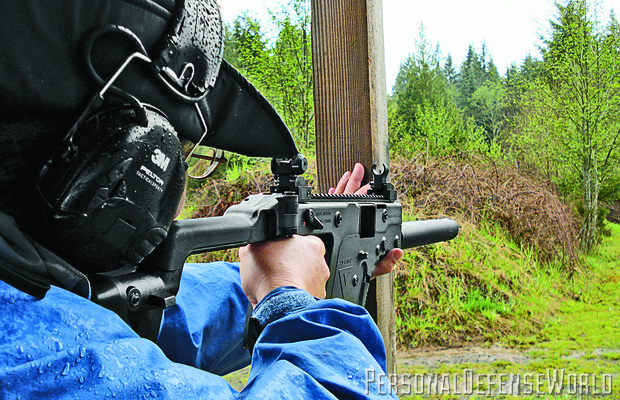 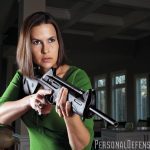 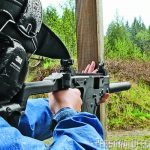 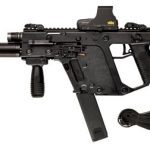 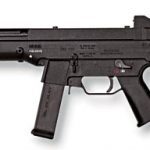 It wasn’t until I saw the television program “Ultimate Weapons” featuring the Kriss Vector CRB carbine that I gave pistol caliber carbines any real thought about tools for the self-defense arsenal. These compact rifles straddle the line between pistols and combat rifles in filling a need for a home defense long gun. After considering the advantages of a system that offered the stability and reach of a rifle along with the commonality of ammunition with a defensive pistol, I decided to check out a few examples of these guns.

I obtained samples of the Kriss Vector CRB, the Beretta Cx4 Storm, and the Heckler & Koch USC, all in .45 ACP for my evaluation. The folks at CorBon and Remington set me up with fodder for testing.

All three of my samples were compact, lightweight and maneuverable guns. They handled equally well around the confines of a residential building from all “ready” positions. To my body frame and shooting stance, the sighting systems on the Kriss and HK were slightly easier to acquire when snapping the gun up to a firing position than the Beretta. Something about the shrouding around the Beretta rear aperture-style sights confused my eye momentarily. They are just different enough from my AR-15 or my hunting guns in their setup to require some getting used to. The HK offered the choice of a rear aperture or notch to cover both preferences. The Kriss has military style apertures very similar to the AR-15.

KRISS Vector CRB: Controls were easily accessible on the Kriss. The magazine release is on the forward edge of the magazine well, which is forward of the bolt channel, and easy to actuate with the support-hand thumb. Above the magwell on the frame is the bolt lock/release lever running parallel to the barrel rather than at a 90-degree angle, as in the AR-15. The larger paddle in front releases the bolt, the smaller aft end locks it open. The charging handle is just above this, folding forward out of the way. The handle’s throw is short and was slightly stiff at first, but the action did loosen up after some use. It is designed to be used with the gun remaining mounted on the shoulder and was easy to reach in this position. The safety is just above the trigger. The long lever swings forward to fire and back to safe.

HK USC: The HK has very similar controls to an AR-15 as far as the bolt catch/release system and the safety are concerned. The magazine release is a lever between the triggerguard and the magwell that pushed forward to release the magazine. For me, this was also easily accessible to the support hand thumb. The departure from the AR-15 is the charging handle operated on the left side like the Kriss and not from the rear as in the AR-15. Thankfully, more modern designs are favoring this configuration for ease of operation.

BERETTA CX4: The Beretta Storm has the side-mounted charging handle, too. It is ambidextrous and easily accessible. The magazine release on this gun is in the grip like a pistol. The magazine well is also in the pistol grip. The bottom of the pistol grip is molded around the magazine. This overmolding took some getting used to during brisk reloads. It has the bolt release positioned where an AR-15 safety would be. Its safety is a crossbolt style, much like that on a Remington shotgun, just above the trigger.

1 of 4
PDW CARBINE LEAD
The Beretta Cx4 Storm in.45 ACP offers homeowners great stability and more reach than a standard handgun of the same caliber.

Shooting The Guns
Trigger pull on the carbines was heavier than most rifles I’m accustomed to shooting. To me, the triggers felt more like pistols in pull weight and reset characteristics. The Kriss was lightest and, of the three, seemed most like a military rifle.

Recoil was easily manageable with all three carbines, though the Kriss, with its unique recoil system, had noticeably less muzzle flip.

All of the carbines fed and extracted reliably. The Kriss did occasionally fail to fire with Winchester ammo, kicking out rounds with light primer strikes from the chamber when the shooter cleared it. All other ammunition was fine. Neither the HK nor the Beretta had this issue.

All of the carbines had acceptable accuracy at 25 yards. The Beretta and HK were sighted in right from the box at 25 yards for windage. The HK was also dead on for elevation at this distance and drilled single-hole groups even during break-in. The Beretta was a little high for elevation and had to be adjusted. Its accuracy was good, with groups averaging about 2 inches. The Kriss put shots high and left out of the box. After adjustment, it was nicely accurate as well. It turned in groups averaging 1.75 inches. All of the carbines were tested with the shooter seated and the gun on a soft bench rest for added stability.

Sight adjustment was easily accomplished with each of the guns, so changing the zero point would be pretty intuitive in each case. For a home defense application of this type of gun, the 25-yard zero is what would be most practical, in my opinion, for close-quarters work and was what we used on these guns.

Parting Shots
It became apparent that the Kriss is purpose-built for military and police applications. Their purpose was to be able to offer these markets a system with select-fire and .45 ACP stopping power in a light, controllable unit with a folding stock for compact storage or use in cramped quarters like a vehicle. It uses magazines for the Glock 21, which many police departments already use as their service issue gun. The Vector CRB model I tested was really a civilian compromise, with a barrel length to legally define it as a carbine and semiautomatic-only operation. It still had the folding stock but was otherwise comparable in dimensions to the other carbines. The Beretta and HK carbines, with fewer “tactical” bells and whistles seem to be aimed more toward a general market.

Anyone looking for an option that offers more stability and reach than a handgun for home defense should take look at any of the carbines evaluated. The fact that the pistol-caliber carbine will use the same defensive rounds as your handgun simplifies ammo supply. These guns handle well and are fun to shoot, which makes training with them something to enjoy. The more we train, the safer we become should we ever need to use our gun in self-defense. And that’s what it’s all about. 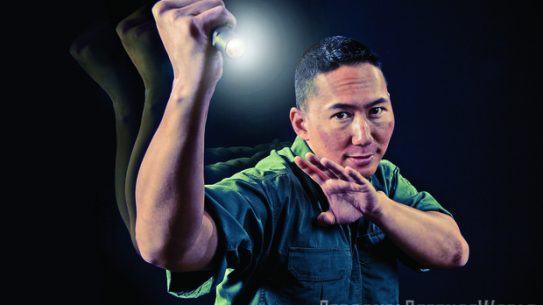