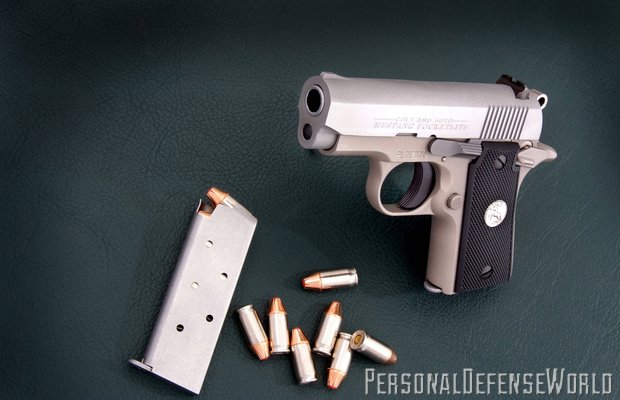 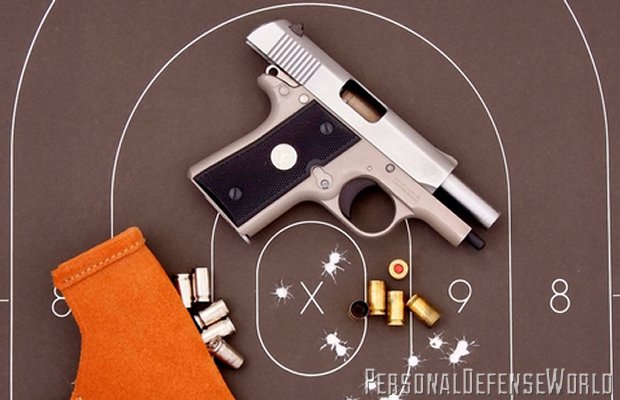 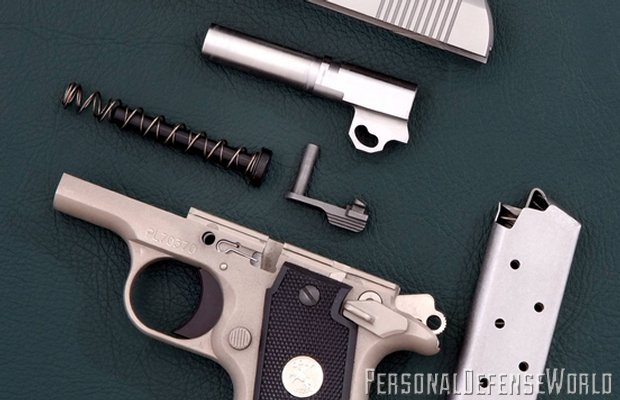 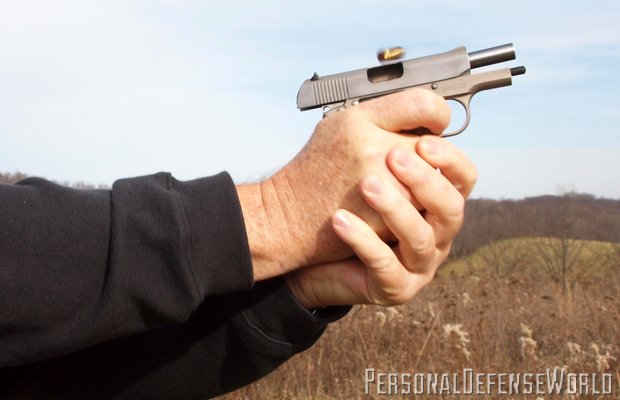 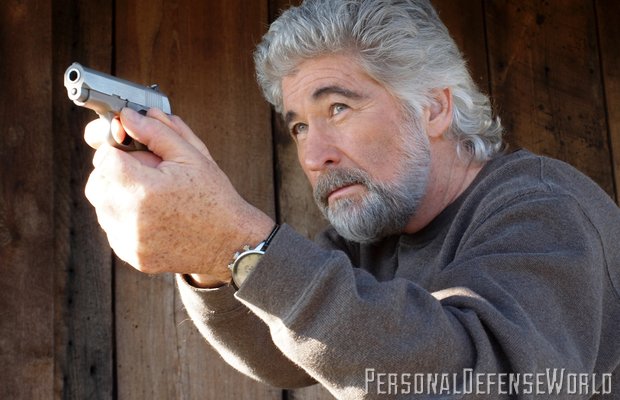 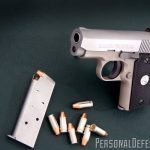 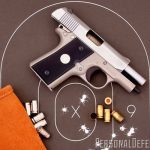 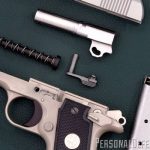 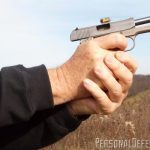 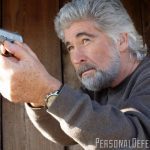 Concealed carry pocket pistols are not new. Yes, the latest .380 and 9mm ultra-compacts are, but the idea itself is centuries old. The very first were little single-shot flintlocks dating back to the Revolutionary War. By the time of the American Civil War, 150 years ago, single, double, triple and even four-barreled pocket pistols in .22 and .32-caliber rimfire were in common use.

The first semiautomatic pistol small enough to discretely hide away in a vest or trouser pocket was invented by John Moses Browning in 1897 and manufactured by Fabrique National as the Model 1900. It was chambered in .32 ACP. In the United States, the first subcompact semi-auto was the Colt 1908 Vest Pocket Model Hammerless chambered in .25 ACP. This was to become one of the most popular small pistols of the early 20th century, remaining in production until 1946. It should come as no surprise then that Colt also manufactured the very first subcompact .380 some 40 years later. They called it the Mustang.

The Mustang was produced in a variety of models from 1986 until 1999, including the Plus II (1988-96), Stainless (1990-1998), and five versions of the Pocketlite, before being discontinued. At the end of the 20th century, the .380 Auto, which had been invented in 1908 by John M. Browning, was regarded as a substandard round for personal defense. Not an entirely correct assumption. This was further disproved in 2003 when the Kel-Tec P-3AT took the country by storm as the go-to concealed carry handgun. Fast forward to 2012 and .380 pocket pistols have become the most popular concealed carry sidearms in the country. Add to that recent advances in bullet designs and terminal velocities for .380 Auto cartridges, and resurrecting the Mustang Pocketlite becomes both a prudent and well-thought-out decision.

After a decade-plus hiatus, Colt simply didn’t dust off the tooling and start building the same gun—they made improvements in its design and construction. The latest version uses a new aluminum alloy receiver, stainless steel slide and barrel CNC-machined from solid bar stock for precise tolerances. The new gun looks and feels different, too, with an overall superior fit and finish compared to its predecessors, particularly in slide-to-frame tolerances. This is further set off by the stark contrast between the polished stainless steel slide and the matte, bead-blasted appearance of the aluminum alloy electroless nickel frame, which has a warm, champagne-colored hue. The slide’s side panels and the hammer flats are polished bright to contrast the thumb safety, slide, magazine release, and top surface of the slide, which have a matte finish. It is a handsome, two-tone combination.

With a loaded magazine, the Mustang tips the scales at less than a pound and measures 5.5 inches in length with a 2.75-inch barrel. The minimal weight and length of the gun, combined with the short single-action trigger, proven frame and grip design, and firing pin safety block, make this an ideal small-caliber handgun for personal protection and concealed carry. The magazine holds six rounds, so capacity is seven with one in the chamber and “cocked and locked” is the standard carry method, just like a Model 1911.

There are several features that distinguish the Pocketlite .380. First, there is the thumb safety, which permits the slide to be manually cycled even when the safety is set. Thus, one can check for a loaded chamber, clear the gun or load the first round with the safety engaged. Additionally, the Mustang Pocketlite does not use a magazine disconnect, so it will discharge a chambered round with the magazine removed.
The Pocketlite has a very solid feel in the hand, more so than .380s with a polymer frame. While this adds a little overall weight, the heft makes the Mustang substantial in terms of grip and recoil management. The large 1911-style thumb safety is very easy to release on the draw and has a positive lock that you can feel and hear when pushed upward into the locked position, or when thumbed down to release. The latter, however, is a bit of a “tell” to anyone within earshot. While there is ample triggerguard room to move the index finger in and out without brushing against the trigger, this would not be the case if wearing a glove, and greater care is necessary. When gripping the gun, the little finger wraps easily under the magazine floorplate for support.

The trigger pull on our test gun averaged 4.7 pounds with 0.19 inches of take-up, no stacking, very slight over-travel and quick reset—all characteristics of a well-engineered trigger system. For ease of function, getting the Pocketlite into action is almost seamless from the time you wrap your fingers around the grips. The large, round knurled hammer spur is easy to thumb back, the slide release is firm but drops with modest pressure on the reload, and recoil spring tension for chambering a round or clearing the gun is comparatively light.

With a consistent trigger pull, short take-up and quick reset, rounds fired at 1-second intervals struck consistently just above point of aim from 21 feet (7 yards) on a Speedwell B-27 silhouette target. Recoil from all three types of ammo fired was modest, allowing quick follow-up shots. The greatest issue found with the Mustang is reacquiring the front sight after recoil, which is fine against a dark background like a B-27 silhouette, but it was more difficult with a lighter background.

The best accuracy came with Hornady Critical Defense 90-grain FTX ammunition, which cleared the Colt’s barrel at 930 feet per second (fps), placing five rounds in 1 inch in the 10 ring at five o’clock (three overlapping), followed by a nearly identical group at three o’clock in the 9 ring at 1.2 inches with Federal Premium 90-grain Hydra-Shok traveling downrange at 908 fps. The widest group—all still in the
X ring—was produced with Sellier & Bellot 92-grain FMJ, which cleared the traps at 845 fps and placed five rounds in 2 inches within the X ring.

Overall, the Colt Mustang Pocketlite is very much the same gun as in 1986, just built with more modern techniques and materials. This is a very easy gun to handle and shoot. Considering how many subcompact .380 Autos are on the market today, the opportunity to get the original doesn’t come around twice. Well, in this case it does. 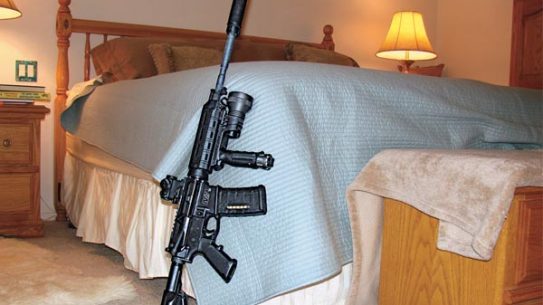 Concealed carry pocket pistols are not new. Yes, the latest .380 and 9mm ultra-compacts…