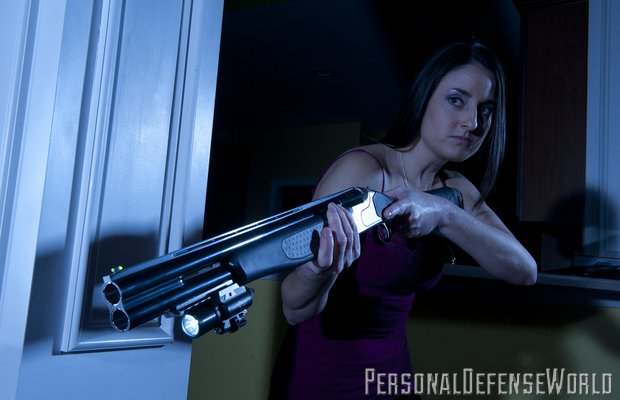 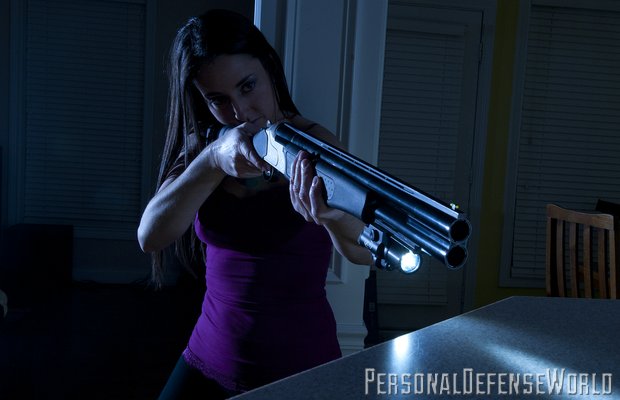 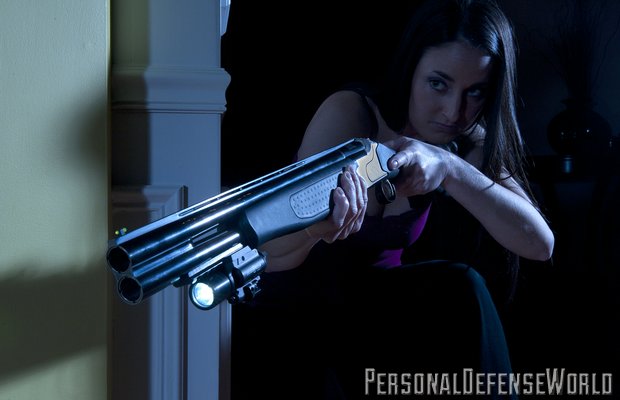 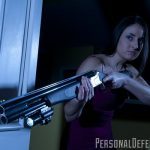 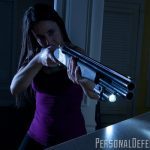 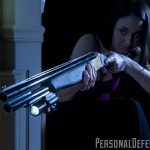 Firearm selection for home defense is and always has been a source of much discussion. Many authorities on the subject suggest a shotgun as being most appropriate for a broad base of shooters with varying experience. If you train regularly with your handgun, you’ll probably be able to handle an intruder in your home; however, any handgun is infinitely underpowered and inadequate in comparison to a long gun.

Rifles have the disadvantage in a home setting because of a high likelihood of over-penetration in substantial calibers. Shotguns have less penetration than rifles, and won’t still be lethal a mile away. Provided a standard stock is used (no pistol grips), long guns are extremely quick and natural-pointing when mounted on the shoulder, a decided advantage in any situation, but especially in the dark and under stress. A pump-action shotgun affords the shooter a system capable of delivering multiple shots in rapid succession, but its operation is more complex than a double-barreled shotgun, particularly in the case of an inexperienced shooter thrust into the terrifying situation of an intruder in a dark house.

The double is surely 19th century technology, though some modern variants have brought design features up to date. Nonetheless, the double has a lot going for it.

The double is typically very easy to operate, load and unload. Again, nothing points more naturally than a rifle or shotgun when it’s shouldered. Therefore, in close quarters, even in low light, you’re apt to get on target quickly and get solid hits. Many of the modern doubles automatically cock when the gun is broken open. Hammer guns make firing much more deliberate in that they must be thumb-cocked first. Unloading is as simple as thumbing the opening lever, sharply cracking the gun open and tossing the husks free. Loading two rounds as big around as your thumb into correspondingly large chambers is easy, even in the dark. Most of this involves more gross motor skills than fine motor skills.

Reliable & Effective
The double has no slide, cylinders, in many cases no manual safety, no magazines, and no bolt. One would be hard-pressed to jam it.
Within the confines of a house, when it comes to firearms, nothing is more devastating than a 12 gauge loaded with 00 buckshot. Your longest shots will probably be within 10 to 20 feet. Even a 20 gauge will be lethal in this case when loaded with buckshot. On this topic, don’t be misled by “experts” who advise you to load the gun with birdshot to avoid over-penetrating dry wall and other structures. Birdshot will penetrate boneless gelatin 4 to 6 inches at the max, and while it may make an adversary choose to break off the attack, it’s very unlikely to incapacitate them. Buckshot will penetrate walls but it’ll also adequately penetrate tissue and bone to efficiently incapacitate a bad guy. Consequently, be mindful of what’s behind your target.

Though you should never depend upon intimidation to end a confrontation when arming yourself, it’s commonplace for the mere introduction of a firearm into a situation to cause criminals to break off their attack. Staring down two barrels that could swallow C-cell batteries will make even hardened criminals think about the possible consequences of continuing their invasion of your space.

If you’re forced to shoot in low light, the shotgun affords you a high degree of hit probability, provided that there’s enough ambient light to see your target. That said, you should think about using a light source. Simply holding a flashlight alongside the forend with the support hand is far and away easier to achieve with a double than with a pump, as the support hand must also operate the pump. Other options include mounting the light with screws and hardware directly to the wood forend, or, in the case of new-breed defensive doubles like Stoeger’s Double Defense, Escort’s Silver Synthetic or Mossberg’s Maverick, which incorporate a Picatinny rail on the underside of the barrels for mounting lights, you can simply snap a light on. If you’re using grandpa’s old beat up, cut-down shotgun, don’t discount the idea of simply duct-taping a light to the gun. It may look shoddy, but it will work.

The double has a lot going for it in the role of a home defense gun. With the popularity of Cowboy Action Shooting being what it is, there are a number of firms producing modern double-barreled shotguns, so selection isn’t thin. Furthermore, there are a few companies which have caught on to the double’s value for home defense, and are designing doubles with modern accoutrements such as the aforementioned Picatinny rails for the attachment of accuracy-enhancing optics and lights.

Tactics for using the double aren’t much different than most weapons systems. Consider keeping spare ammunition within reach of the place where you choose to stow your shotgun. Do not leave it loaded in a scenario where children or other unauthorized people could gain access to it.

I recommend keeping your cell phone on the nightstand. Instances where intruders first cut the phone lines are rare, but I believe in controlling all of the variables possible. In the event you become aware that someone has invaded your home, access the gun and ready it. The very next thing is to get some help started your way. This will also dispel any case a lawyer might make that your sole intent was to terminate a burglar.

Do not go hunting for the burglar. Hide yourself in your room and lie in wait. This is your home; you know it, the burglar doesn’t. He has to negotiate the home, most likely in the dark, not knowing what to expect. Staying put also means you won’t be making tell-tale noises signaling your location and movement. All you have to do is cover the fatal funnel of your doorway, and be ready to fire if necessary—you have the decided tactical advantage.

Don’t turn on the lights. You’ll give away your position and illuminate yourself. Even with ambient light, you should be able to see him in your doorway. Nonetheless, ideally, you will have mounted a light on your double, or have one handy. You must be certain you’re dealing with an intruder and not a loved one if you’re going to cover them with a shotgun. When you illuminate the bad guy in the dark, you will also destroy his night vision.

The exception to staying put would be if you have children in the home. In that case, using your doorway as concealment, position yourself to cover the hallway so that you may neutralize the threat before they get to your children’s rooms.

Consider strategically hanging a mirror outside your doorway in a manner that you can see anyone navigating the hallway from within your room. Conversely, make sure you don’t have mirrors in spots that will tip the bad guy off to your pre-selected position.

Which double you choose will ultimately be up to personal taste, but we’ve presented a few here for consideration. Three of the guns were specifically designed for defense. The Escort Silver Synthetic has a Picatinny rail under the barrels for attaching a light. Both the Stoeger Double Defense and the Mossberg Maverick have Picatinny rails under both the barrels and atop the receiver for mounting optics.

As stated previously, largely due to the Cowboy Action Shooting sports, a number of companies produce very capable double-barreled shotguns, and any of those would fit the bill for home defense. One of these shown here is EAA’s Baikal MP220F.

Even in this day and age, the double has a lot of potential for home defense. It has devastating power in close quarters, is reliable and easy for even inexperienced shooters to manage, and points very quickly and naturally. It can also be relatively inexpensive. Choose your weapon from a number of available doubles, form a home defense plan, use the proper ammunition and orient yourself to the weapon. With two rounds of buckshot and some spare ammo, you have more than enough ordnance to neutralize an intruder. 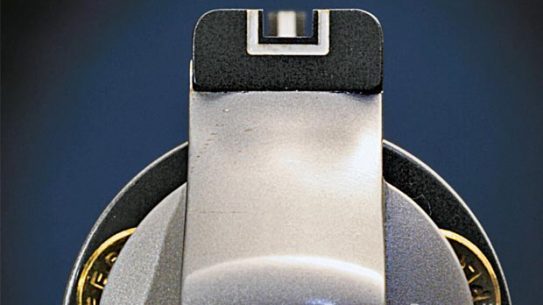