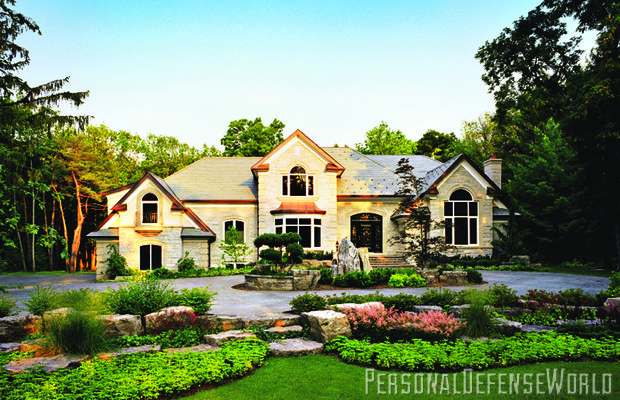 1 of 2
mansion_phatchfinal
Those who live in palatial mansions shouldn’t throw stones… because the security camera will document every pebble tossed. Surround your castle with cameras— affordable from Radio Shack— and live like the “other people.” 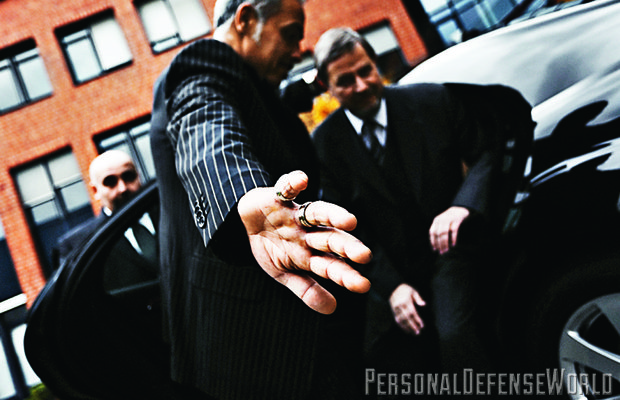 2 of 2
bodyguard pushes back_phatchfinal
Professional bodyguards are a layer of protection the rich can afford. 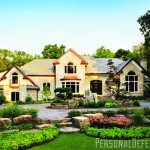 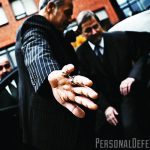 “Let me tell you about the very rich. They are different from you and I,” said F. Scott Fitzgerald; to which Ernest Hemingway allegedly replied, “Yes. They have more money.”

Whether enormous wealth is a blessing or a curse is a question we’ll leave to others to debate, but one thing is certain— more money equals more danger. It’s like Al Capone said when he was asked why he robbed banks: “Because that’s where the money is.”

Wealthy people are high-risk targets for kidnapping, robbery, extortion, burglary, hijacking, even assassination. Exotic lifestyles of the rich and famous invariably include a lavish budget for private security. What precautions do the very rich take and what can we learn from the jet set that might help us in our personal protection planning?

If there’s one over-riding principle of security that applies to billionaires and everyday folks alike it’s this: make yourself hard to reach. The estates of rich people are invariably fenced and protected by private security cameras and other surveillance technologies, like motion detectors and infrared scanners. Meanwhile, you can install exterior lighting that is triggered by motion for less $100 at Radio Shack.

You can also install security cameras that record digitally to your PC. Granted, you won’t have a 24/7 security guard to monitor the cameras, but you can at least document any strange or suspicious activities around your home. Burglars usually “case” a potential target before breaking in. Even if it’s just some teenage juvenile delinquents, would-be burglars are going to see your security cameras and go down the block to find an easier target.If a security fence is possible, you should install one that’s hard to climb over. I’m not sure if razor wire is necessary because it might not make your neighbors feel too cozy, but any sort of fence is a barrier and a barrier is often all it takes to keep intruders at bay.

Rich people rely on man’s best friend to protect them as well, except that they’ll shell out somewhere between $15,000 and $20,000 for a fully-trained attack dog. The Navy SEALs use classified Belgian Malinois dogs that have $25,000 worth of surgery performed to make them even more formidable, in addition to their multi-thousand dollar training. The SEAL dogs have their incisors surgically removed and repaled with titanium choppers that won’t break even when ripping and gnawing a bad guy’s leg off. Additionally, their stomachs are surgically sewn to their abdominal wall to prevent “gut twisting” while the dogs are fast-roped or parachuted into combat.

Guard dogs are a fundamental component of a well-secured domicile. Maybe you can’t afford an attack-trained German Shepard but any dog that barks loudly and deeply can scare away a potential threat. If nothing else, a dog’s increased alertness can warn you of a threat and give you time to reach a firearm.

I have a good friend who works PPD (personal protection detail) for a very well known Hollywood actor’s children. He and his team accompany the kids to school every day and make sure nothing untoward happens to them. He spends most of his time waiting for school to let out in an up-armored Chevy Suburban, but that’s what bodyguards often do— sit and watch.

You can act as your own bodyguard just by remaining alert and keeping a wary eye on possible threats. Probably the biggest thing is to vary your routine to make yourself unpredictable, which is a big part of what bodyguards to for their clients.

1 of 2
mansion_phatchfinal
Those who live in palatial mansions shouldn’t throw stones… because the security camera will document every pebble tossed. Surround your castle with cameras— affordable from Radio Shack— and live like the “other people.”

2 of 2
bodyguard pushes back_phatchfinal
Professional bodyguards are a layer of protection the rich can afford.

The very rich enjoy exotic pleasures like 100-foot yachts with heli-pads, gold-trimmed staterooms and private crews. A Russian oil magnate that a friend of mine knows owns a 300-foot yacht that’s staffed by an all-woman crew of 27 hotties, including a female ship’s captain! Now that’s living!

But security aboard a yacht is a whole different kettle of fish, and there are still some lessons that we can apply in our personal protection planning. Just like the land lubber’s precautions, nautical security boils down to one thing: keep away from threats.

Avoidance is a key concept in any security plan. For instance, a luxury yacht would not want to sail in the Gulf of Aden where Somali pirates lurk any more than you’d wander into bad neighborhoods after dark.

On the open seas, a yacht should never allow another ship within a mile of it without first properly identifying the intruder. To prevent a hostile boarding, alertness is required. Scan the horizon and make sure no other ships are approaching, just as when you walk down the street, you should stay in Condition Yellow to be alert for any suspicious characters that come too close to your “personal space.”

Of course a yacht can’t be under power 24/7, so when the ship anchors, precautions to prevent boarders are required. A simple, yet effective technique is to rig a fishing net with treble hooks and tie it all around the boat with floats keeping it suspended on the surface. Any underwater intruder has to surface to clamber aboard, and when he does, he becomes entangled in a net festooned with treble hooks. Ouch!

Projectile weapons— guns— are dicey aboard ship depending on the waters you sail. Ports-of-call in many foreign countries prohibit firearms, but if you’re cruising in American waters, a powerful long-range rifle should be part of your defense strategy. There’s no better weapon for shipboard use than a Barrett .50 caliber semi-automatic rifle, because one round can disable an intruder’s engine.

Be aware, however, that once you engage an approaching vessel with gunfire, expect retaliation. Pirates are not unarmed. Just as you would on land, you can’t simply open fire on a possible threat just because you get scared. The bottomline is to stay away from any threats by remaining alert and increasing your speed to maintain a safe distance between you and an unknown vessel.

Donald Trump doesn’t fly First Class, he eases into a private Gulfstream jet. There is probably no better perk to being rich than being able to afford a private jet. However, the very fact that a high-tech piece of equipment sits waiting at your beck and call is a danger in itself. Sabotage is the main danger. A private jet needs to be secured in a guarded hanger and accessed only by authorized mechanics, pilots and others. Additionally, a private jet is “fixed” in location so an attacker can be sure that his target is going to be at such-and-such airport eventually, which makes a bodyguard’s job of keeping the principal unpredictable harder.

Rich and famous people are indeed different from you and I. They have more money, but they also have increased risk. The keys we can learn from their security arrangements are to make yourself hard to reach, place barriers in between you and any threat, augment your own awareness with a dog, add surveillance equipment to your home’s perimeter and make your “routine” anything but. Be unpredictable, stay alert and be prepared to take defensive measures, even if they’re offensive.
The author is an aspiring rich person who is temporarily experimenting with living an ordinary life 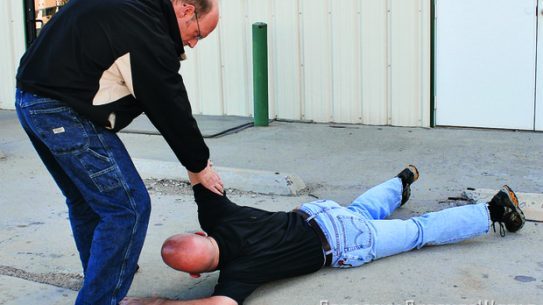 “Let me tell you about the very rich. They are different from you and…