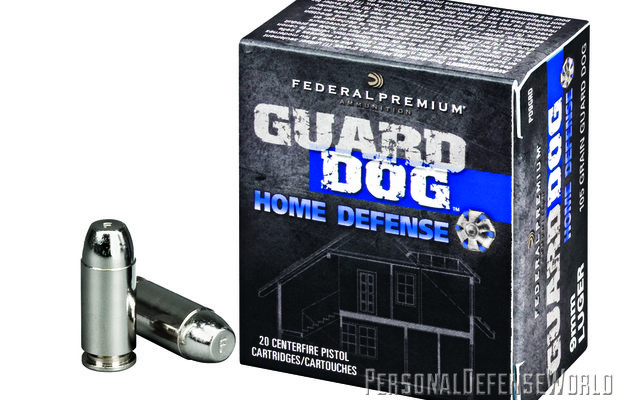 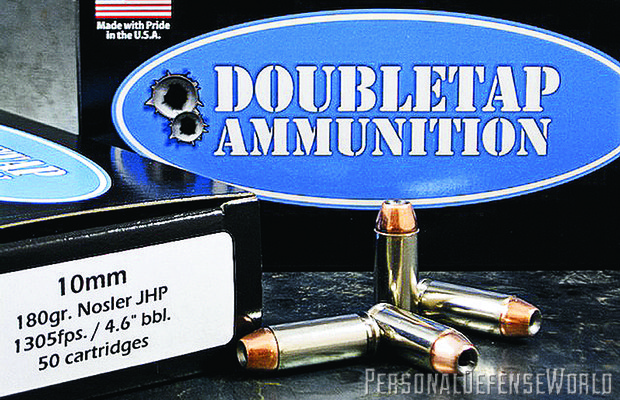 2 of 6
DoubleTap10mm_phatchfinal
Double Tap Ammo is filling the gap left by other companies, particularly for 10mm fans. 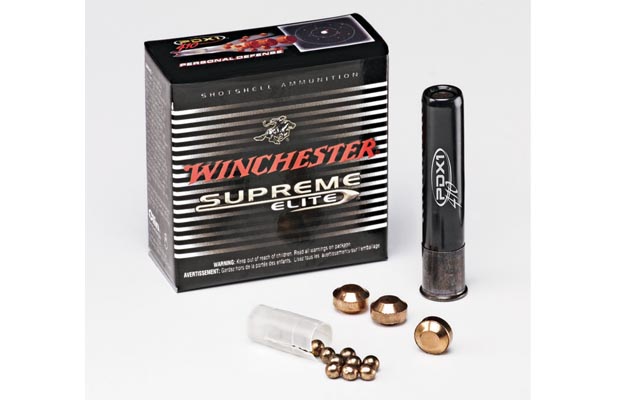 3 of 6
PDWPHDammo d
Winchester has released a number of new loads for their PDX1 Defender line. 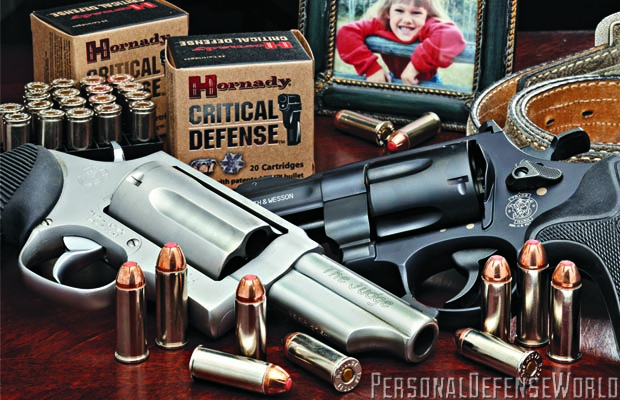 4 of 6
PDWPHDammo c
Hornady is feeding the American shooter’s ammu­nition appetite with new Steel Match ammo in 50-round boxes. 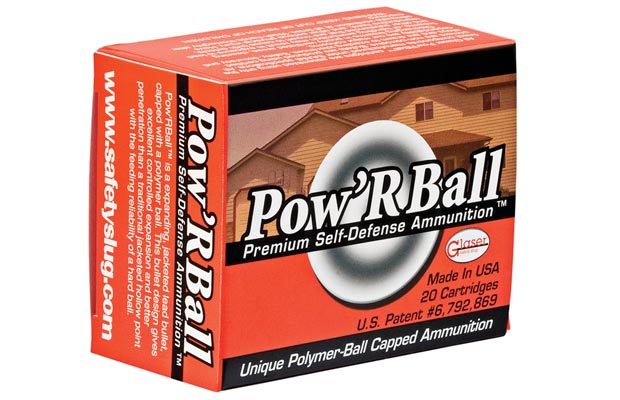 5 of 6
PDWPHDammo b
CorBon has partnered with DRT ammunition to offer a line of high quality frangible rounds for rifles and pistols. 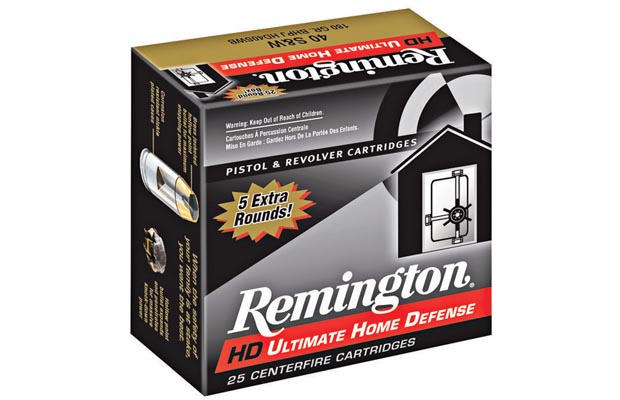 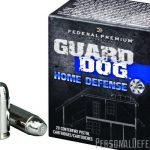 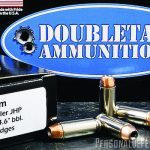 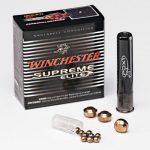 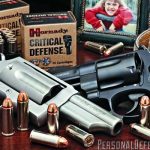 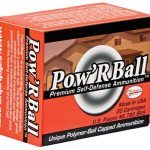 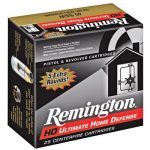 Remington Ultimate Home Defense: Big Green now has a full line for Ultimate Home Defense ammunition for both handguns and shotguns. The handgun line is made with nickel-plated cases, uses high quality propellant and primers and topped off with Remington’s Brass Jacketed Hollow Point bullets. The BJHP projectile is the same one in use by law enforcement agencies nationwide. Currently, UHD handgun ammunition is available in .380 ACP, .38 Special +P, 9mm Luger, .40S&W, and .45 ACP. As an added perk, Remington is packing the UHD ammo in 25 rounds boxes.

For those who keep a shotgun for home defense, Remington offers their UHD ammunition in two different 12-gauge loads and one in .410. The 12-gauge ammunition comes in ten round boxes, another nice touch, and is loaded with BB shot or 2×4 Duplex shot. The .410 load contains four pieces of 00 buck and would seem a natural for the new line of revolvers that chamber that round. (remington.com; 800-243-9700)

Fans of the fragmenting Glaser Safety Slug ammunition will be happy to know that this ammunition is now available in 20-round boxes in addition to the six-round blister packs. Glaser ammunition is available from the diminutive .25 ACP up to .45 Colt in handgun chambering. These rapidly fragmenting bullets also come in rifle form as .223 Remington and .308 Winchester.

Hornady Critical Defense: Hornady has expanded their popular Critical Defense line of cartridges to include loadings for .44 Special and .45 Colt to meet the demand from owners of defensive revolvers such as those from Charter Arms, S&W, and Taurus. These new cartridges are loaded with the 165-grain (Special) and 185-grain (Colt) FTX bullets to deliver controlled expansion, even through heavy clothing.

Those with defensive shotguns will appreciate that Hornady has added a 12-gauge shotgun shell to the Critical Defense lineup. This 12-gauge load contains eight pellets of 00 Buck shot that are stabilized for better patterning by a Versatite wad. Hornady lists the velocity for this scattergun load at 1,600 FPS.

This year, Hornady revealed a line of pistol and rifle ammunition made with polymer-coated, steel casings. The Steel Match line currently includes pistol ammunition in 9mm, .40 and .45 ACP. There are two .223 Remington loads, a .30 carbine load, and one for the .308 Winchester. The pistol rounds are all loaded with HAP (Hornady Action Pistol) bullets. The rifle ammunition can be had with HP, BTHP, and FMJ projectiles. Hornady Steel Match is packaged in 50-round boxes. (hornady.com; 800-338-3220)

Winchester is loading their own bonded, copper-jacketed projectiles into nickel plated cases and marketing them in the Supreme Elite line. The PDX1 ammunition is designed to maximize expansion while retaining bullet integrity and initial weight. The .357-caliber loads are natural fits for personal protection handguns and the .410 load is a direct response to the line of Judge revolvers from Taurus and now the Governor from S&W. (winchester.com; 800-356-2666)

McNett DoubleTap: Last year, we were introduced to DoubleTap ammunition by Mike McNett. Packaged in unassuming black and blue boxes, DoubleTap ammo set out to fill a niche in the centerfire ammunition market. Through DoubleTap, McNett is offering not only the standard pistol and rifle chambering but many calibers that have inspired shooter loyalty for decades. The number one load on this list is the 10mm automatic. Fans of the 10mm love DoubleTap as they are currently cataloging no less than 14 different loads for these pistols.

This year DoubleTap is highlighting many of these 10mm loads including the very popular 180-grain FMJ and 135-grain Nosler JHP. The Jacketed Hollow Point version is a natural for shooters looking for a personal defense load. (doubletapammo.com; 866-357-1066)

Guard Dog ammunition is loaded with Federal’s proprietary closed-tip con­­­­­­­­­­­­­trolled expansion projectiles. By definition, they are not hollow point bullets as there is no open cavity. The projectiles themselves are silver colored and mated with nickel-plated cartridge cases. These bullets were actually first released as copper colored slugs under another label and are essentially the silver version of Federal’s EFMJ (expanding full metal jacket).

Not all ammo is made the same. Some is specifically designed for sport or recreational shooting. It is built with economy in mind. Protecting your life or the lives of those you love is the most critical task you will ever be asked to perform. Running ordinary, cheap ammunition in a life-saving gun makes about as much sense as running cheap gas in a Formula One racecar. You took the time to pick out the right gun to protect your life. Put the same care into choosing the right ammunition. 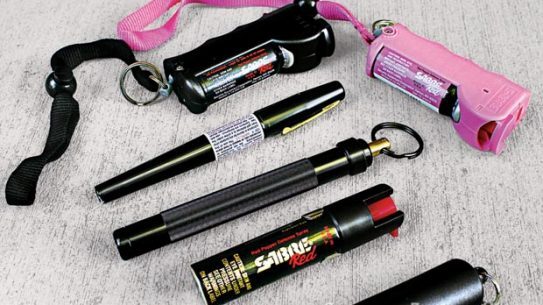 Purchasing a firearm for personal defense is only part of the equation. After training,…