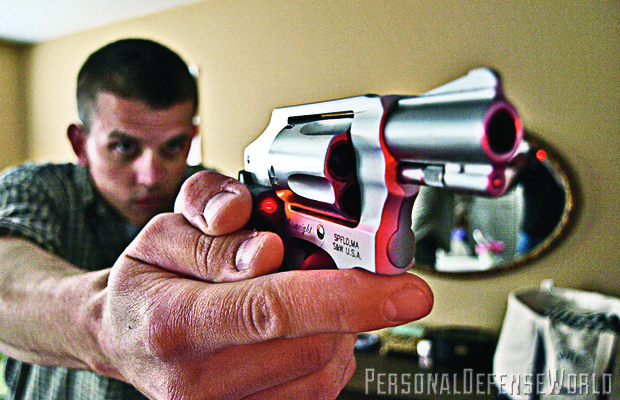 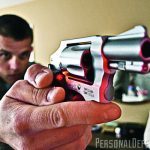 Being jolted from a deep sleep by a strange noise can be disorienting. Entering a dark room to find a meth-tweaking thug going through your hard-earned belongings can be nothing short of shocking. You’re surprised, he’s surprised–you’re in your boxer shorts, he’s as high as a kite and willing to do whatever it takes to never see the inside of a jail cell again. Suddenly, the fight is on!

Scenarios such as this, or the mere thought of such an event has cultivated justification in the hearts and minds of countless concerned citizens to better prepare and equip themselves for the potential of having to defend themselves or their loved ones in their very own homes. Along with new locks, bigger dogs, and better lighting often comes the acquisition of a handgun–sometimes a first time acquisition.

Preparation shouldn’t stop with just buying a handgun, because for that handgun to be truly effective it needs to be used in concert with other tools. One of the best tools available, and often least understood, is a weapon-mounted laser. Frequently bought for the wrong reasons and by the wrong person for unreasonable expectations, lasers often fall prey to a bad rap. But the purchase of a quality laser device, with reasonable training, can increase the effectiveness of a weapon in real-world situations.

Anyone who knows me also knows that I have an extensive history with lasers. The fact is that I strongly believe in the viability of a laser, particularly on a handgun intended to safeguard lives. This fondness for the brightly colored beams is not something I simply woke up with one day, but I have actually used one in the real world against a real bad guy. I am here to write this article and he is not, but I’ll save those graphic details for another time. Many consider a laser as a pointless novelty, fad or crutch–falling back on the notion that mere adherence to the basics will make you win under the austere conditions of a real life or death situation every time. The fact is harrowing life or death situations, particularly with the added ingredients of drugs and desperation, have far too many dynamic factors that can influence their outcome to rely on just the basics. To truly protect yourself and loved ones, stack the deck in your odds with the best tools and the best training.

A laser, regardless of who makes it and where it’s mounted on the weapon, is always true and is not dependent upon the user’s ability to align rear sight, front sight and target–nor does the laser care if there is two inches between rear sight and front sight or eight inches. Hell, the laser doesn’t even care if you have to wear corrective lens to see your front sight! Because the laser eliminates the need to align the sights and projects itself directly onto the intended target at one distance, the weapon is easily referenced on to a threat regardless of what kind of compromised position an individual might find them self in at 3 AM. Consider the mental demeanor, limited resources and the types of positions you might find yourself in when you encounter a bad guy at pre-dawn hours. Low light and waking up groggy to investigate that noise in the middle of the night is only part of what creates an unlevel playing field that puts a bad guy, regardless of his level of chemical enhancement, in a position of advantage and a homeowner in a very tight spot. Situations occurring under these circumstances have three very distinct dynamics where lasers can give an individual a marked advantage in self-defense. First is proximity or distance–unless your home is the size of an aircraft hangar, chances are an encounter will occur at no greater distance than 10 or 15 feet, most likely at about arms distance or closer. With this limited distance, the ability to see the stimulus you need to see is greatly diminished. The second is time, which is hand in hand with distance because with limited distance comes limited time to recognize the stimulus–meaning things will need to be handled very quickly. Finally, there is the motivated bad guy laying in wait, which is one is the worst and least predictable of these factors. You may be motivated to protect, but he is motivated to do whatever it takes to get your stuff and get away.

With training, lasers allow the user to aim the weapon at the intended target without having to bring it up into the line of sight. In fact, the weapon can be fired with great accuracy from literally any position. It also allows the user to truly operate with both eyes open and take in as much information as possible, allowing the user, again with training, to maximize tactics and cover while being able to deal with things at hand. In addition, most folks out there really don’t want to have to take a life and are genuinely only concerned with safeguarding their loved ones. A laser can minimize shots fired like nothing else because it lets the bad guy know in no uncertain terms what’s in store if he doesn’t leave–a graphic indicator of the user’s intent that transcends all language barriers… just let the red dot on the chest do all the talking.

Regardless of the laser, or any self-defense tool, you need the right training to use it to its greatest capabilities. Resist all the snappy marketing efforts–those are there to sell products. Go at things from an educated standpoint, since no tool or device will simply bolt onto another instantly become Captain Kirk’s phaser.

Train to win, prepare to win and always expect to win! 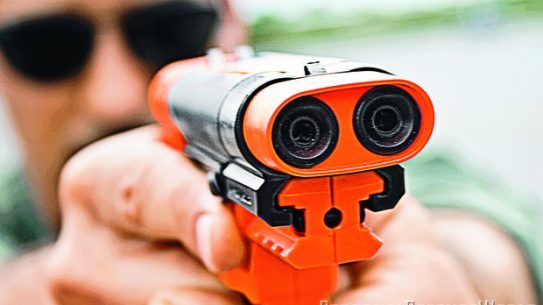 Being jolted from a deep sleep by a strange noise can be disorienting. Entering…