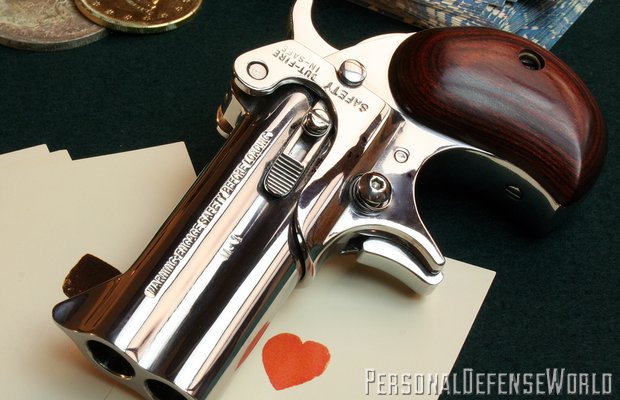 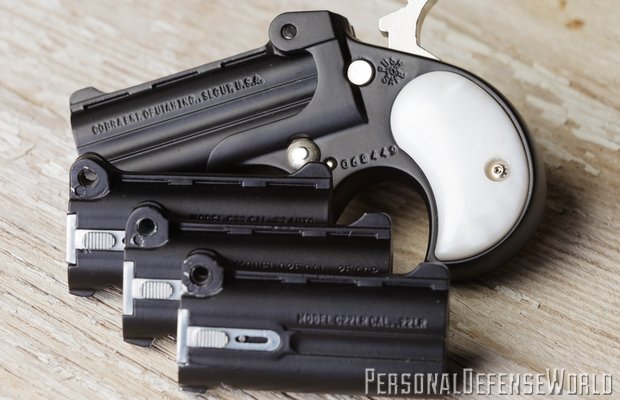 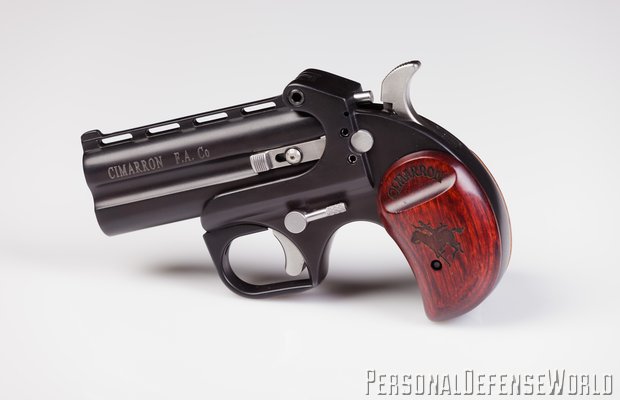 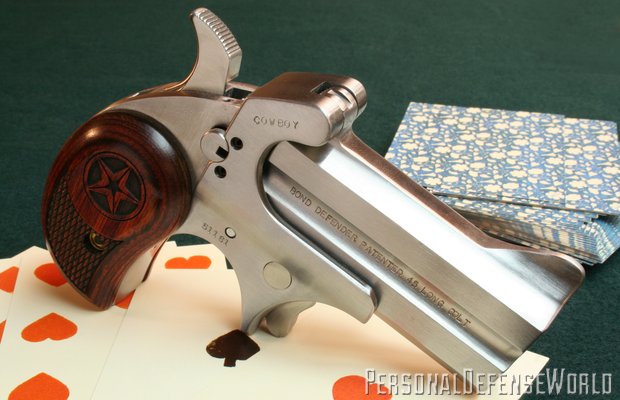 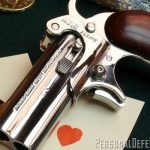 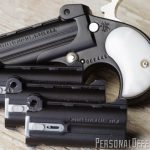 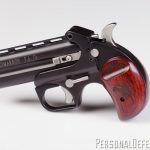 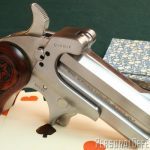 In the 1830s, Philadelphia gunsmith Henry Deringer designed and introduced a number of compact, large-caliber percussion pocket pistols that were very popular with both frontiersmen and even more “urban” types. By the 1860s, when these guns made the transition to rimfire cartridges, the word “Derringer” had somehow not only gained a second “R,” but also, by convention, come to be a generic term used in reference to all such-styled pocket pistols, regardless of who manufactured them. While the overwhelming majority of “Derringers” were single-shot, single-barreled pistols, a single shot was often ineffective; this gave birth to double- and triple-barreled guns, and even four-barreled “pepper-boxes.”

The reason derringers enjoyed such popularity in the 1800s and early 1900s was simple: Contrary to popular belief, open carry was far less permissible, and therefore less widespread than many of us have come to think. Even in the 1800s, folks had begun to violate the people’s Second Amendment rights with a common practice of enacting municipal ordinances prohibiting the carry of guns in East Coast cities and frontier towns alike.

Some of these towns were dangerous places, particularly the cow towns, and naturally a large number of individuals took to carrying concealed weapons—from knives to pistols. This was particularly true of gamblers. Going armed in such times required resourcefulness and innovation in weapon design, hence the success of the derringers—and it is for that very same reason that, despite the advances in both weapon and ammunition designs and materials, these guns continue to capture their niche of the firearms market.

Bond Arms of Granbury, Texas, manufactures rugged, high-quality derringers in 22 calibers. At the heart of these derringers are their frames and distinctive octagonal barrels, CNC-machined from high-grade stainless steel investment castings. Each barrel is button-rifled with a right-hand twist and a chamfer-tooled 45-degree crown. Externally, the barrels are beveled at the leading edge. The satin finish is done by hand with nylon buffing wheels. Furthermore, the barrels are interchangeable.

The Bond Arms derringer has modern design features, such as its spring-powered reloading lever on the left side of the frame, which, when turned clockwise about an eighth of a turn, snaps the barrels open. It also creates a tighter barrel-to-frame fit. The ejector also automatically extends about an eighth of an inch under spring pressure upon opening the barrels, starting the cases out of the chambers. It also features a cross-bolt safety. Bond also fits their guns with two additional safety features—retracting firing pins (the pins retract into the frame under spring tension, eliminating the possibility of an accidental discharge should the barrels be closed sharply) and a rebounding hammer. Retail is about $399; Bond Arms guns are American-made and carry a lifetime warranty. (bondarms.com; 817-573-4445)

Another maker of high-quality derringers is American Derringer of Waco, Texas. American Derringer’s Model 1 is the first derringer the company designed and produced when it was founded in 1980, and all others are based upon this gun. As far as outward appearances are concerned, this gun is more faithful to the Remington Model 95 of old. Of course, there are modern improvements, such as the hammer-block safety, and overall improved quality of materials.

These guns are built by hand one at a time, made to order for the individual. A serrated pad operates the extractor on the left side, and the hammer-block safety may be placed into the “safe” position by thumbing the hammer back a fraction of an inch and pushing the safety in from the left side. The reloading lever on the right side of the frame is under spring tension so that the shooter must push the lever pin to the right from the opposite side before it can be operated. American Derringer does a lot of custom serial numbers and custom work, building guns in a number of unusual calibers. Retail is about $850. (amderringer.com; 254-799-9111)

Cimarron Firearms also offers their Titan derringer, which is manufactured by Cobra. Cosmetically, and functionally, the only differences in the Cobras and the Titans are that the hand ejectors and reloading levers are on the reverse side, plus the Cimarron has a removable triggerguard. They are available in two calibers: .45 Colt/.410, and 9mm, in black-finished stainless, polished stainless or brushed stainless with smooth rosewood grips. Barrel length is 3.5 inches, while Cimarron markings adorn the Titan, and Cimarron’s logo is cut into the grips. Retail is $427, and the guns carry a lifetime warranty. (cimarron-firearms.com; 830-997-9090)

Everyone’s Pistol
As previously stated, the selection of derringers in today’s market is not wanting. There are guns out there to fit most budgets, in all popular handgun (and some shotgun) calibers—guns that are reliable, of outstanding quality, and all are easily carried and concealed. If a derringer suits your needs for carry, the biggest problem you face is deciding which is right for you. 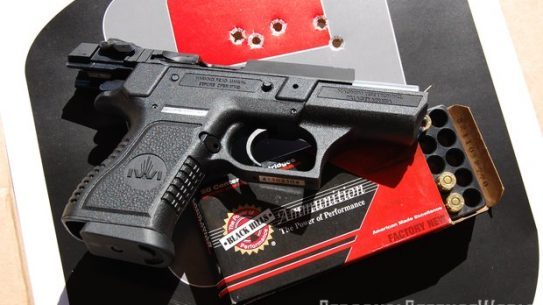 In the 1830s, Philadelphia gunsmith Henry Deringer designed and introduced a number of compact,…

Seattle Citizens on Their Own After City Council Bans Less...