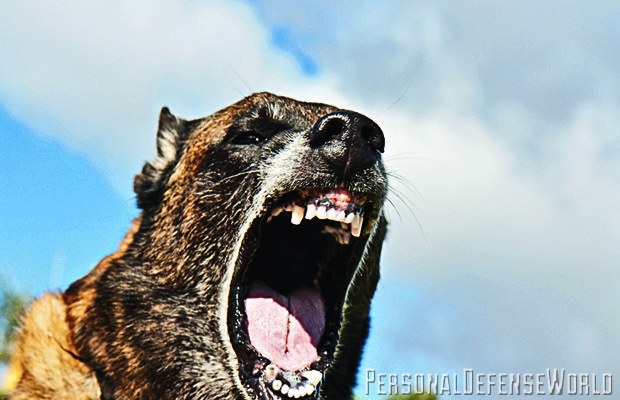 1 of 5
mean-ass dog_phatchfinal
A guard dog is more alert than any human and serves as a strong deterrent. 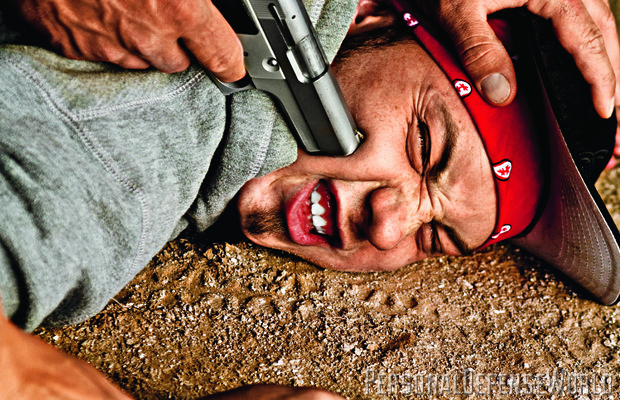 2 of 5
hard core opener_phatchfinal
A hard-core defensive posture means that your response is aggressive, not necessarily with lethal force. The object is to pacify the threat, and if that can be done without blood being shed, all the better. A punk with a plan including deadly intentions that went wrong, just might learn a life-changing lesson! 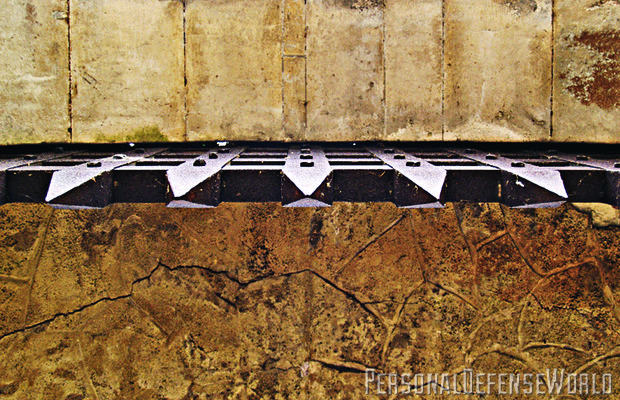 3 of 5
gate spikes_phatchfinal
A medieval drawbridge is the right idea. Make your home a hard target. 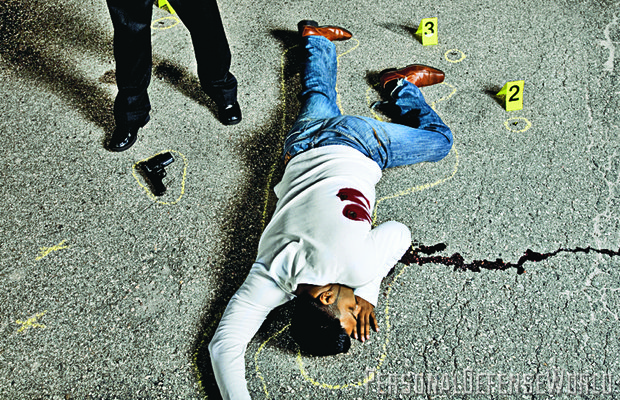 4 of 5
crime scene dead body_phatchfinal
Lethal force must be employed without hesitation if the circumstances dictate your life is in danger. 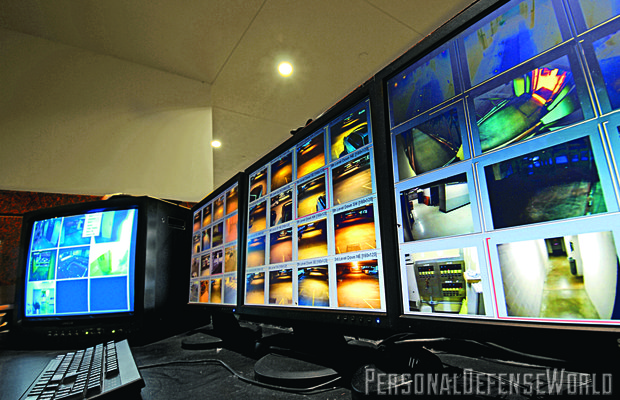 5 of 5
bank of security cameras_phatchfinal
Surveillance is a core component of pulling out all the stops and defending your home with no holds barred. 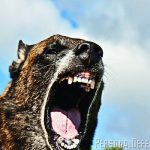 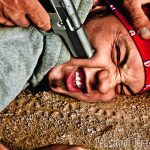 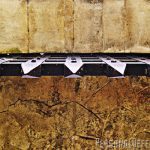 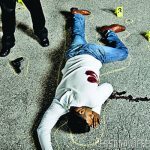 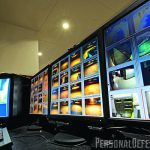 Forget about polite. Self-defense is not about pulling your punches. When you’re forced to survive against a menacing intrusion in your home or defend yourself against violent attack on the street, Vince Lombardi’s maxim rules— winning is everything. Be ruthless, vicious, unrestrained. There’s no ring, no ref, no rules in a gunfight. A no holds barred approach to personal protection is the very best way to safeguard yourself and your family, costs be damned. If some of these measures seem extreme, they are–on purpose.

Start with hardening your home. Make your house a castle, with formidable barriers to keep intruders out such as an electrified or spiked fence, a remotely controlled entry gate and a complete surveillance system. Cameras should be mounted to give you a 360-degree view of the exterior of your home and its grounds or yard.

Install an alarm system in your home that’s monitored 24/7 by a company that provides an armed response. Ask for references from the alarm company and find out what their response time is to your neighborhood. There should be “red alert” switches throughout the house that signal the alarm company that a threat has somehow gained access and you’re in imminent danger. Rehearse a “secret signal” with the alarm company and members of your family in case someone enters through subterfuge, such as posing as a plumber, and has taken you hostage. To the alarm company, you might say, “Yes, everything is hunky dory” which is a code that you’re in dire danger. To your spouse, you might say, “Don’t worry, Peaches, I’m just fine” knowing that “Peaches” is your signal that you’re being at gunpoint.Consider looking into a specially trained attack dog. The breed that the U.S. Navy SEALs use is the Belgian Malinois, which is a large, intelligent, highly trainable and reliable dog. Taking it even further, consider having the canines surgically replaced with titanium teeth—the SEALs do that so if the dog can’t break a tooth on a bad guy’s vertebrae.Speaking of the SEALs, retried elite special forces operatives are available as consultants and/or private security contractors. Hire a former military security specialist who has experience in PPD (personal protection detail) and is trained in every aspect of safeguarding a principal, from counter-surveillance to motorcade security. CEOs, Hollywood celebrities and even sports stars often utilize experienced prior-military as private bodyguards; because if you have wealth, you’re a target.

Firearms are obviously a major component of hardcore self-defense. You should take proper training from a tactical firearms instructor and become licensed to carry a concealed weapon. On a daily basis, you should carry that gun… like the American Express ad says—don’t leave home without it.
You should keep a separate pistol in your vehicle that’s quick to grab, such as in a holster under the dash or next to you in the seat. A carjacker should not be able to see it, and certainly not be able to realize you’re reaching for it. The last thing he should see is a spray of automobile glass shards as 230-grain hollowpoints rip into his sternum.

You, on the other hand, should be wearing soft body armor. There are a number of brands that make thin, lightweight, comfortable “bullet proof vests” and you should have one on under your shirt.Loaded firearms should be strategically placed in your home. I keep a Glock near the front door and a 5-shot revolver by the back door. My bedside table has another Glock with a SureFire X300 WeaponLight. There’s another pistol near my gun safes in the garage. I even have a friend who keeps a stainless steel revolver on a lanyard in his shower–he calls it Gun-On-A-Rope. Meanwhile carry a quick-to-deploy tactical knife as a back-up to your back-up handgun.

The law of the jungle tells us that there are two ways to survive—fight or flight. You can add a third option to that atavistic approach, which is avoidance. Bambi knows it’s not a good idea to wander into a bear’s den and you should similarly steer clear of dangerous places. Don’t go to shady bars, seedy clubs or any place on “the wrong side of the tracks.”

Your demeanor can prevent violence before it starts. If some punk is staring at you menacingly, stare back. Don’t avert your eyes and look at the ground, trying to pretend you’re not there–glare back. Criminals seek weak prey, just like lions in Africa first look for the old or young from a herd of wildebeest. Be hard. Be stern. Let every aspect of your body language scream out loud, “Don’t mess around with me.”

Martial arts skills should be a component of a no holds barred defensive package. Take classes in a mixed martial arts discipline and at least learn how to punch, kick and grapple. Fight dirty. Spit. Bite. Pick up a brick when you have to.

Be ruthless in every defensive action you ever take–no half measures. You walk away, let him be wheeled off on a gurney or, quite possibly, on the coroner’s stretcher. But better him than you.

A “go bag” is what you’ll grab in a worst-case emergency if you have to vacate your home. Keep it in your house packed with ammo, a cell phone, night vision goggles, a pistol and an M4 assault rifle broken down to fit in your go bag. If you have any pyrotechnics, like pop-flares, white phosphorous grenades or even smoke grenades, toss them in as well.

You need to have pre-set lines of defense in your home, workplace and even on the street. A line of defense is a position that you’ve already planned as a pull-back location in case you have to retreat. In your home, you might have a front line of defense in your downstairs area where you’ve already positioned firearms, handguns and a combat shotgun, but your pull-back position is your master bedroom where you have an assault rifle with penetrating ammo such as military “green tip” (to shoot through walls) and a charged cell phone.

On the street, always watch for places that offer cover–a parked car or a cinderblock wall. Understand that “cover” is an obstacle that can stop bullets, whereas “concealment” is a position that hides you from view but doesn’t necessarily offer cover.

Stay alert at all times, in what Jeff Cooper called “Condition Yellow,” in which you constantly scan passers-by and other persons for a possible threat. It’s not being paranoid to be situationally aware.

The bottomline to a no holds barred program of defense is that you need to take any and all measures necessary to protect yourself and your loved ones. Be hard, be ruthless, be aware. 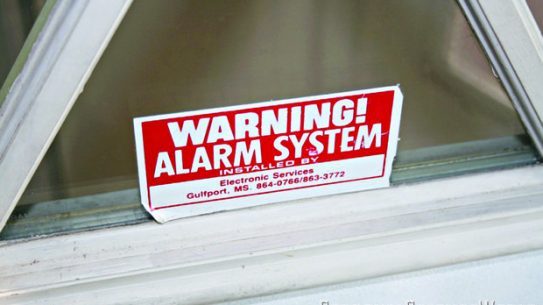 Forget about polite. Self-defense is not about pulling your punches. When you’re forced to…