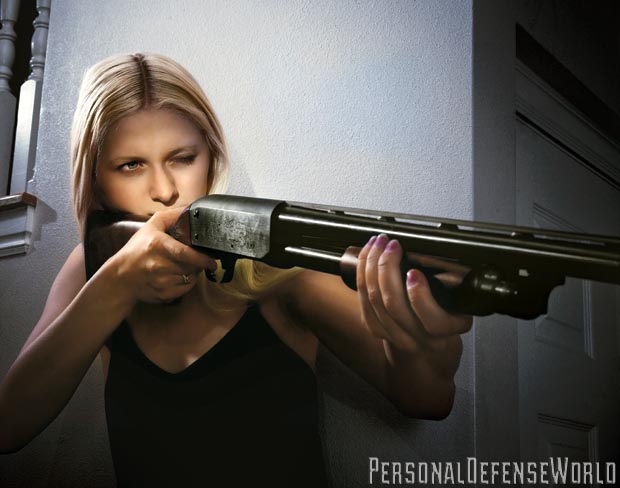 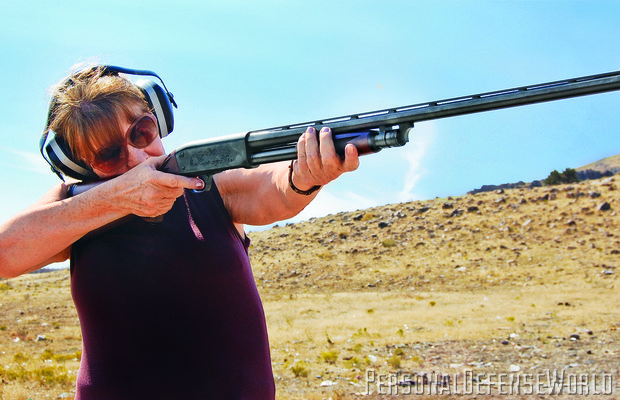 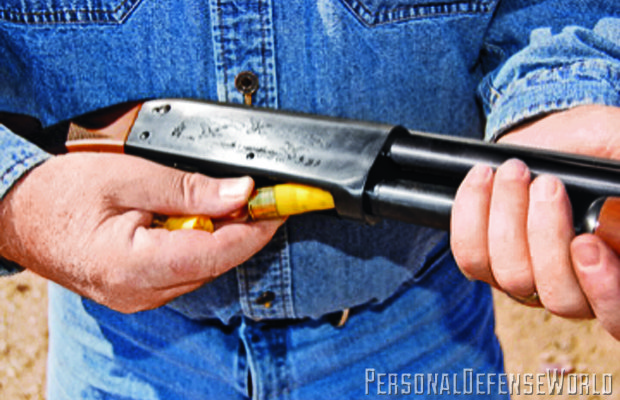 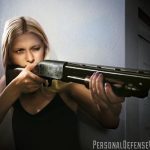 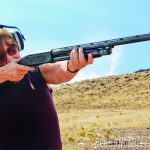 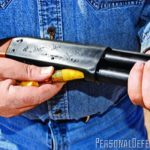 Even if you’re a crack pistol shot, shotguns remain by far the most effective choice for home defense. This is particularly true when buckshot loads are used. Aiming doesn’t require pinpoint precision—you’re not firing just one, but a whole handful of lethal projectiles—increasing your chances of hitting the target even if your aim is slightly off.

Another good reason to defend your home with a shotgun is that shot pellets are less likely to penetrate walls to wound, or even kill, a person in another room. When it comes to indoor combat, shotguns are hard to beat.

I don’t think it’s chauvinistic to suggest shotguns are a particularly good choice for women when an intruder breaks through the door. Even women who are excellent marksmen with rifles or handguns are more likely to survive a home invasion with a shotgun in their hands. But one problem women find with shotguns is that their stocks are typically designed with burly men in mind. Their ergonomics aren’t quite right for female gunners, making the guns feel awkward in a woman’s hands.

In December 2008, Ithaca began designing a Model 37 stock expressly with women in mind. The Ladies Stock Project was launched after a firearm instructor complained that no manufacturer offered an off-the-shelf shotgun designed to fit female shooters.

The new Model 37 Featherlight, with a Ladies Stock, features a unique drop at the comb, drop at the heel, cast pitch, and toe-out configuration. The gun’s ergonomics are specifically designed to fit women and make it more comfortable for them to shoot. It is offered in 20 gauge only.

The comb was raised to help women position their cheek correctly on the stock. Drop at the comb was critical, as this controlled the horizontal position of a shooter’s eye relative to the axis of the bore. Drop at the heel was less important. However, having the comb more nearly parallel with the ground reduced perceived recoil.

Women’s shoulders move slightly out from top to bottom—a common cause of bruising in new female shooters. In spite of women’s narrower shoulders, Ithaca found the distance between their eyes and a narrower nose bridge meant females require
as much cast as male shooters do.

After a full year of study, Ithaca also found that a woman’s shoulder is angled differently than a man’s. “How many times have you seen a woman not be able to get her cheek correctly on the stock?” Ithaca asks. “Raising the comb to her level helps immeasurably. The end question for us was: Can women break clays or kill game with this stock? The answer was a resounding, ‘Yes!’”

A I took Elizabeth, a long-time friend, to the range. With the Ithaca Ladies Gun, she began breaking clay targets right off the bat. She had no trouble keeping her cheek properly welded to the stock (something she’s had trouble with shotguns she’s used in the past.) She liked the balance and feel of the Ithaca, and found the 14.25-inch length of pull just right.

After Elizabeth shattered some 50 clay pigeons with only a few misses, I placed a Birchwood Casey torso target 10 yards away. Then I asked her to shoot a 2.75-inch Federal round loaded with No. 3 buckshot into the target. The 20, .25-caliber projectiles produced an evenly distributed pattern measuring 7 inches in diameter. Anyone on the receiving end would immediately cease being a threat. It wouldn’t be much fun to be on the receiving end.

Larger-diameter buckshot is available in 12-gauge loads, but No. 3 buckshot is more efficient in 20-gauge ammunition. Federal offers a 2.75-inch 20-gauge loading that throws 24 pellets of No. 4 buckshot. Either is guaranteed to cause lethal damage if properly placed.

The new Model 37 Featherlight and Ultralight Ladies Guns feature a receiver that’s machined from a single block of steel (or aluminum in the Ultralight models). It also has a completely solderless barrel system. Ithaca claims this provides the strongest, truest barrel offered in any shotgun. “Our Ithaca SBS (Solderless Barrel System) vent rib barrel is an entirely machined component,” the company states. “That means the barrel has never warped from heat and does not require any corrective straightening.” Ithaca’s CNC machines produce components with greater uniformity and interchangeability than found in any earlier-generation Ithaca firearms. Every part is manufactured and assembled in the USA.

Other features include a lengthened forcing cone that reduces recoil and shot deformation. The trigger is advertised to provide a crisp 4- to 6-pound pull (the trigger on my sample shotgun tripped at an even 6 pounds).

The game scene originally drawn by engraver Bill McGraw has been roll-stamped on the sides of Model 37 receivers ever since the company began manufacturing the gun in 1937. Roll-stamping was used for the sake of manufacturing efficiency. However, the roll-stamped image could be faint around the edges, and sometimes suffered from inconsistent placement. This is no longer a problem: the game scene that’s standard on all new Ithaca Featherlight shotguns is now precision machined to ensure uniform depth and position. It also provides a sharper, crisper appearance.

Ithaca’s light-gathering Tru-Glo front sight has long graced the muzzle of Model 37 shotguns. The gun I purchased in 1956 had one, and the tradition continues on today’s Ithaca pumps, including the Featherlight Ladies Gun. This sight does a good job of attracting the shooter’s eye.

The gun comes complete with full, modified and improved cylinder Briley choke tubes. I installed the improved cylinder tube before Elizabeth patterned the buckshot loads. My first Ithaca was purchased long before interchangeable choke tubes became standard equipment. I settled on a 28-inch long, modified choked barrel for “all-around” use, and it worked well for most of my hunting needs. When I could afford it, I bought a 26-inch long extra barrel with improved cylinder constriction. That combination proved ideal for hunting grouse, pheasants, quail and waterfowl—almost anything but deer.

Today, the only reason to buy an extra barrel for your Model 37 is if you want a rifled barrel with rifle sights for shooting slugs. These barrels are available for the 20-gauge Ladies model.

The Model 37 has solid sides and bottom ejection. Bottom ejection makes Ithaca pumps equally friendly to right- or left-handed shooters. The lack of a side-mounted ejection port keeps the action clear of rain or snow. The shortened stock and 26-inch barrel make this gun easier to maneuver in the close quarters of your home. This is true for men and women gunners alike. If you’re worried about home invaders, keeping this Ithaca pump handy should ease your concerns. 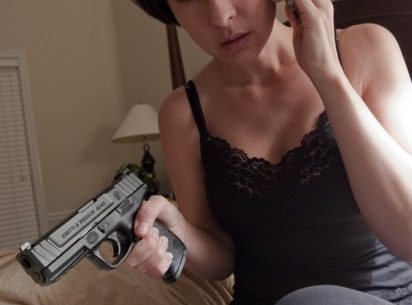 Even if you’re a crack pistol shot, shotguns remain by far the most effective…