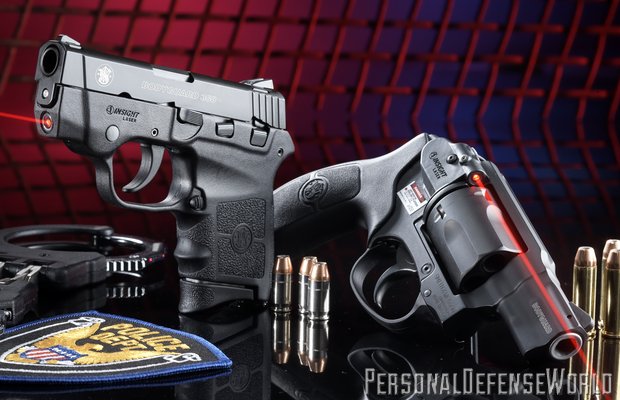 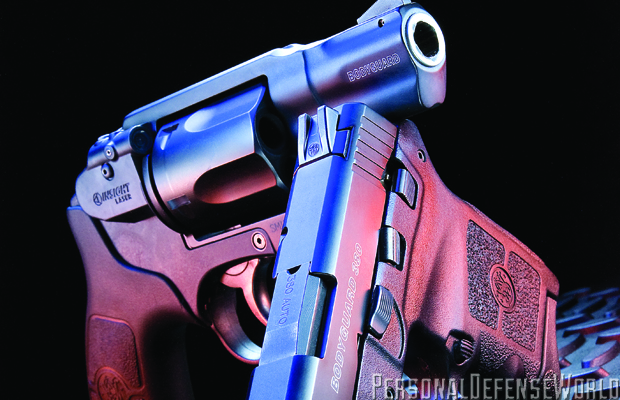 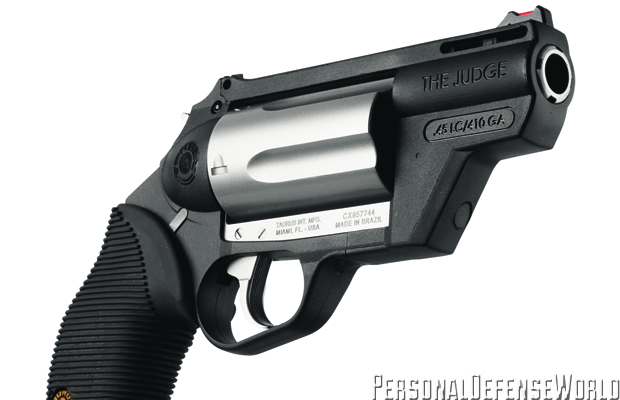 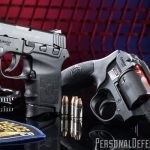 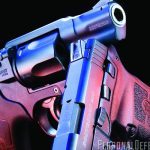 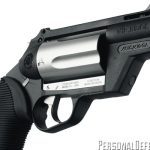 Should the pocket-carried handgun be a revolver or a semi-automatic pistol? Each side argues vociferously for their favorite. Often, it’s a matter of habituation: The old, retired cop who carried a revolver most of his life may just not be comfortable with anything else. The relatively new shooter who cut his teeth on a semi-automatic, however, may perceive the revolver as an anachronism and see no point in learning the subtleties of shooting one. But, personal bias and prejudice aside, each platform has distinct advantages.

Reliability and maintenance issues generally favor the revolver. Pocket holster notwithstanding, a handgun carried in a pocket picks up dust and lint. Some finely fitted small autos have been known to jam on that sort of crud once the shooting started. With revolvers, that’s far less likely. Revolvers tend to function well when “dry,” while the long bearing surfaces upon which the autoloader’s slide runs demand lubrication. Lube drains, and most types of lubricant evaporate. Finally, when fired from a weak hold, an auto may malfunction; this isn’t the case with a double-action revolver.

Muzzle contact shots may be necessary in a close-contact fight with a homicidal attacker. Most semi-automatics, when pressed against an opponent’s body, will go “out of battery”—that is, the barrel/slide assembly is pushed rearward and the parts are no longer in firing alignment. In these circumstances, the auto is likely to fail to fire. Even if the gun does go off, flesh may be blasted back into the bushing area where the front of the barrel meets the slide, preventing the gun from completing its cycle and therefore preventing follow-up shots from being fired. When a revolver is pressed against an assailant, its barrel is fixed and extended, allowing every cartridge in the gun to be fired this way if necessary.

Firing through a coat pocket is absolutely feasible with a small double-action revolver, especially one with a shrouded hammer. With a semi-automatic, the pocket lining may retard ejection or slide cycle, turning what should have been a higher-capacity handgun into a single-shot pistol.

Access and draw is usually faster with a revolver than with an auto in pocket carry, particularly from trouser pockets. The reason is that the pants press the side of the gun facing the body rather tightly against the leg, and the fingers have to claw between the flat side of an auto’s grip and the wearer’s thigh to gain a firm firing grasp. Moreover, the rear of the slide rises at such an angle on most autopistols that it can be prone to snag the front edge of the trouser pocket, stalling the draw. The rounded grip frame of the revolver facilitates a faster reach-and-grasp movement, and with a bobbed or shrouded hammer there is nothing to catch the edge of the pants pocket on the draw.
Even a revolver with conventional hammer spur can be drawn swiftly if the shooter’s thumb is placed on the back of the spur, creating a “human hammer shroud.”

Firepower almost always favors the semi-automatic over the revolver. The suitable-caliber wheel gun will generally hold only five or six rounds in pocket size. Even the smallest pocket autos generally hold seven or more rounds. Opponents may be multiple, fast-moving, smart enough to take cover, jacked up on drugs, or even wearing concealed body armor—any one of which makes it more likely that the Good Guy or Gal may need more shots to neutralize a lethal criminal assault. With loose-cut pants such as BDUs or Dockers, it’s possible to conceal an 11-shot 9mm Glock 26 in a pants pocket holster such as a Mika or Ky-Tac.

Spare ammunition is another component of firepower. A Speed Strip or Tuff Strip can carry extra revolver cartridges in a flat, concealable package, but reloading won’t be terribly fast. A speedloader will be quicker, but it’s the width of the revolver’s cylinder, and bulkier to conceal. Even the speedloader isn’t usually as fast as inserting a fresh magazine into an auto. A spare magazine for one of today’s pocket .380s is almost as flat and concealable as a Bic lighter, and will generally be quicker to get into the gun when hands are fumbling under stress.

Trigger management is often easier with the autoloader, though this will depend to some extent on design. The long-popular Walther PP and PPK series has a light, easy trigger pull after the first double-action shot has been fired, and this is true of all traditional double-action autos. Single-action autos, from the Colt Pocket Model of 1903 to the Sig P238 and the little Colt .380 of today have a short, relatively easy pull for every shot.

When a long, heavy trigger pull is exerted on a small, light pistol, it takes more training and skill to prevent that pull from jerking the muzzle off target. Of course, some small double-action-only pocket autos actually have harder pulls than top-quality double-action revolvers, but there’s no question that once the shooting starts, most people will hit better with a short-trigger auto than a long-trigger-pull revolver, other factors being equal. Power level for power level, smaller autos also tend to have less recoil than smaller revolvers; for many, this can be a critical factor, or even a deciding one.

Proprietary nature to the user in the form of a manual thumb safety is a feature of many (though certainly not all) pocket-sized semi-automatics. If the wrong person gets hold of the good guy’s on-safe pistol, they’ll have to figure out which little lever “turns on the gun” before they can use it to shoot the legitimate owner or anyone else. That has, historically, bought time for the legitimate user to
counterattack and rectify the situation. The pocket revolver tends to be a point-and-shoot device.

What works for this gun writer or that instructor or the top shot at the gun club may not necessarily be the best choice for you. The tool should be tailored to the task, and it’s up to the individual to assess his or her individual needs. What is the individual’s threat profile? How much time will the individual realistically have to allocate to practice, gun maintenance, etc? If the answer to that question is “not much,” a double-action revolver starts looking good. But if the answer is “plenty,” the semi-automatic pistol begins to look more attractive.

And, as noted at the beginning, the individual’s experience and habituation will be important factors as well. Fortunately, there are more fine revolvers and autos available today for the law-abiding armed citizen than ever before—choices that allow the individual to tailor gun choice to one’s own particular needs. 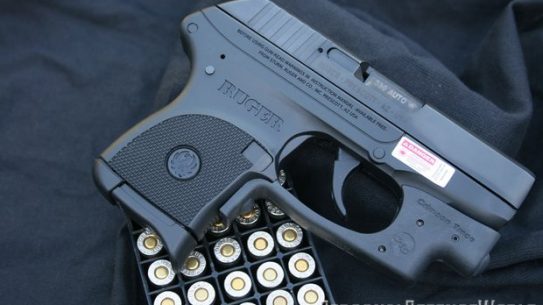 Should the pocket-carried handgun be a revolver or a semi-automatic pistol? Each side argues…