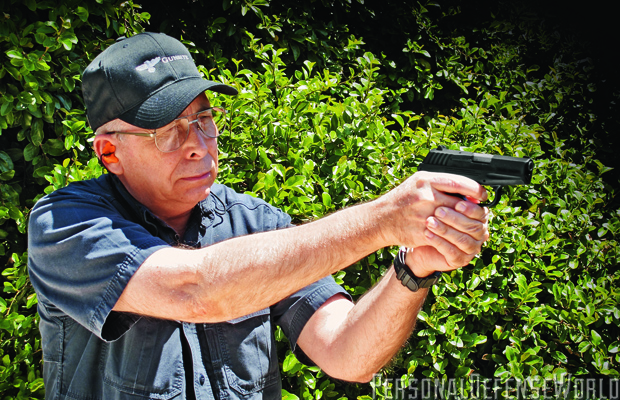 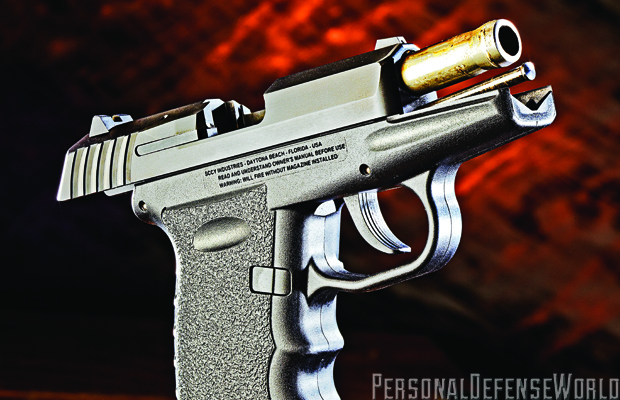 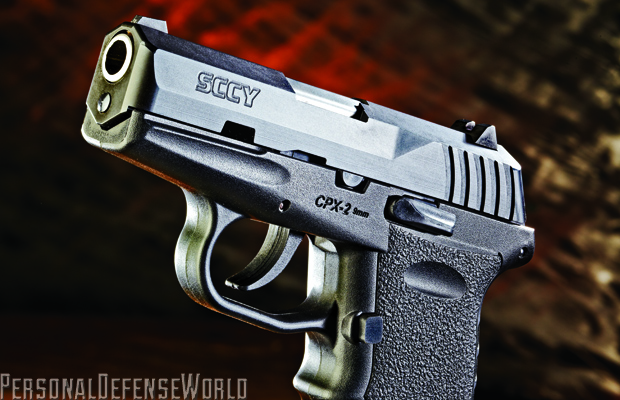 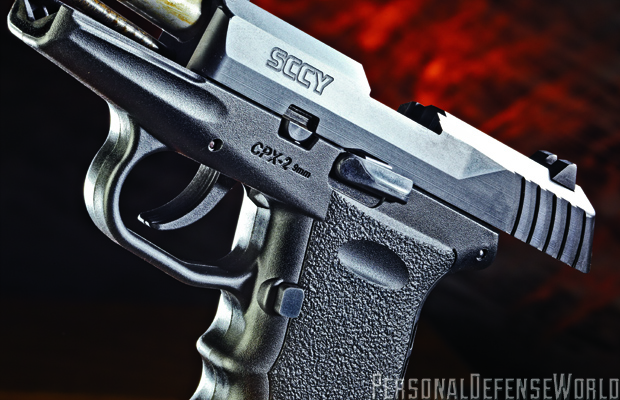 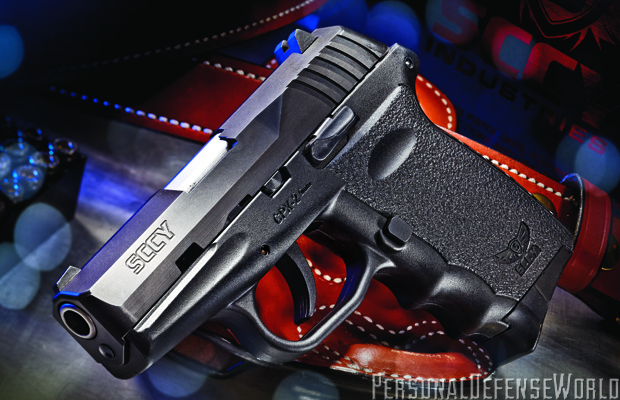 5 of 5
CH_SCCY9_Twopager 5465
The polymer, aluminum and steel CPX-2 may be inexpensive, but it doesn’t look or perform like a cheap gun. Its size makes it a great candidate for discreet carry. 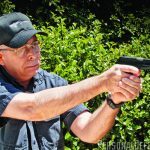 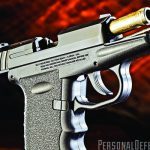 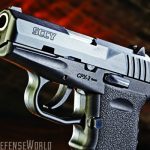 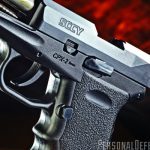 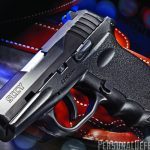 For more than a century, self-defense-minded people have been searching for an inexpensive and reliable carry gun that won’t fall apart after firing a few rounds. When times are particularly tough and society is facing much uncertainty, this demand is even greater, so I was very interested to learn more about the new CPX-2 from SCCY (pronounced “sky”) Industries of Daytona Beach, Florida. Although not the first offering of this relatively new company that produced its first pistol, the CPX-1, in 2003, the CPX-2 is like the original except for the lack of a thumb safety—a feature that many will not miss.

We may live in the golden age of gun design and production. Because of new manufacturing techniques and materials, companies are able to produce improved versions of guns based on time-tested designs, but companies are also designing new guns to fill the so far insatiable appetite of the American public for firearms that will protect them and their families in an emergency. And more people are coming to the conclusion that they will have to rely on themselves in that emergency. As hard as the police try, chances are they won’t be there in those few seconds when a threat materializes.

These are just facts of life that thinking people—like the folks at SCCY Industries—understand. So, in keeping with the proud American way of combining innovation and a free market, SCCY decided to make high-quality, small 9mm handguns for discreet carry and sell them at a price lower than most other manufacturers charge. Building a cheap gun is relatively easy, but building an inexpensive, quality gun isn’t. SCCY may have succeeded, though. The company is confident about that because it offers a lifetime warranty on the CPX-2 that lasts for the life of the gun, not the owner. And that could be a very long time considering the company has performed several 5,000-round endurance tests with no breakages, and it has enough confidence in its guns to recommend changing springs at 8,000 to 10,000 rounds. That’s a lot more rounds than most people put through a gun in a lifetime. The company also advises that several law enforcement agencies are testing the pistols.

There is no doubt that the CPX-2 is inexpensive with a suggested retail price of only $299—and it will probably be priced by retailers for less. However, upon close inspection, the gun does not give the impression that it is cheap.

If you’ve ever handled a cheap handgun, you can pretty quickly tell without even shooting it that its quality is lacking and the gun is likely to quit working after only a few hundred rounds or less. It’s impossible to get a magnet to stick to the barrel or slide, indicating that the metal is of questionable origin and strength, and if you take one of those guns to a gunsmith, chances are he will refuse to make any repairs to it because it will likely break when he is working on it. However, the CPX-2 is not one of those pot-metal guns.

This 9mm Parabellum subcompact semi-automatic has a solid steel slide and barrel that are made in Florida by SCCY, along with all the other major metal parts. Even the recoil spring guide rod is steel—and some more expensive guns today utilize polymer for that part.

The 3.1-inch barrel is machined from a solid bar of stainless steel and then sandblasted. Inside the bore are seven lands and grooves making one right-hand twist in 16 inches. The slide is also made of stainless steel bar stock, is nicely machined with no blemishes and has been finely finished in a very hard and scratch-resistant black nitride, which is self-lubricating. The slide can be had in either black nitride or with a satin finish for those wanting a two-tone look. On each side at the rear of the slide are five deeply cut serrations to help in acquiring a solid grip for cycling the slide by hand. And the slide isn’t one of those tired, uninspired square-profile versions that print so obviously through clothing. Instead, it has angled corners that many will find attractive as well as practical. The only mark on the slide is the SCCY name, which appears on the left side. From its appearances, the CPX-2 seems to have been expertly manufactured, with no telltale machine marks that are often associated with inferior guns.

Atop the slide is a windage-adjustable, steel square notch rear sight with two white dots. The sight is held in place with a setscrew, making it easy to adjust without the use of a hammer and drift or a sight pusher. That’s a nice and welcome feature, and it differentiates the gun from many that require special tools in order to zero. The white-dot front sight is a squared, beveled polymer blade that is press-fit into the slide. Together, the front and rear sights create a very nice sight picture. Completing the barrel-slide group is the all-steel, captured dual recoil spring assembly.

The long external extractor does a fine job of pulling fired cases from the chamber, and the fixed steel ejector does an equally fine job of flinging spent brass clear of the gun through the very wide ejection port. Although there is no passive firing pin block or safety, the company says that the inertial firing pin prevents accidental discharge if the gun is dropped.

The serial-numbered receiver is machined from a solid bar of 7075-T6 aircraft-grade aluminum and is held firmly within the Zytel polymer frame by two steel pins. The receiver’s rails are about 3.5 inches long and provide plenty of bearing surface on which the slide runs. This is a double-stack-magazine-fed gun, but the grip is still only a little wider than an inch. Still, it provides the shooter with plenty of area to get a solid grip on the gun. Helping to secure the shooter’s grasp are a textured backstrap and side panels along with two finger grooves on the frontstrap. There are five oblong holes on each side of the backstrap that the company explains help to cushion against recoil. Although the effect is subtle, I think that they do make recoil less noticeable—for a small, lightweight gun with a short grip, it was comfortable to shoot.

The wide, serrated trigger is surrounded by a triggerguard that is large enough to accommodate a gloved trigger finger. After a long but fairly even stroke of about 9 pounds, the trigger on the test gun allowed the internal hammer to fall after just a bit of stacking near the end of the stroke. This makes precision shot placement a challenge, but the gun was not designed for that task.

SCCY molded the frame with finger grooves at the top of the grip on each side to add a bit of comfort, and there are grooves on each side of the dust cover that make a nice indexing point for the trigger finger when it should not be inside the triggerguard. Those are pleasing details that one would not ordinarily expect on a gun that is priced so economically.

Besides the trigger, the only other controls are the magazine release, which is a square button at the junction of the grip and the triggerguard, and the slide catch on the left side above the grip. The steel catch is over-molded with a wide Zytel shelf to provide plenty of surface for thumb contact when activating it. The magazine release positively captured the steel, double-stack magazine and allowed it to drop freely when pressed. The gun is supplied with two magazines, and for the convenience of the owner, SCCY provides two flat baseplates and two finger-extension baseplates. They are easy to swap, so the shooter can mix or match the magazine bases. That is yet another feature not normally found on inexpensive guns. Besides the two magazines and four baseplates, the gun also comes with a trigger lock and two keys.

Taking down the gun for cleaning is easy and will be familiar to those acquainted with modified-Browning-action guns. First, make sure the gun is unloaded and the magazine is removed. Double-check it. Then lock the slide back and, using a flat-blade screwdriver, pry the takedown pin from the left side of the gun. Next, carefully disengage the slide catch while holding the slide firmly against the recoil spring and let it slide off the front of the frame-receiver assembly. Once this is done, the recoil spring assembly can be removed from the barrel, which allows the barrel and slide to be separated. Assembly is in reverse order. When reassembling the gun, take care to snap the takedown pin firmly in place.

A huge concern normally associated with a handgun in the price range of the CPX-2 is reliability. Does it work and does it work all the time? This gun is built for self-defense, and every instructor as well as everyone I know who carries a gun for a living rates reliability as the number one requirement. As such, I was particularly interested to see if there would be any malfunctions once I got it on the range.
After firing the gun to gain familiarity with it, I tested it for accuracy at 7 yards, which is the standard distance prescribed for subcompacts by Combat Handguns magazine. Using a pistol rest at the Scottsdale Gun Club, every one of the four loads tested averaged about 2-inch groups for five shots. Most people would agree that is an acceptable result for a small 9mm gun with a sight radius of only 4.5 inches. More importantly, the gun never failed to fire or function properly during testing. This says a lot about the pistol and its maker.

The CPX-2 and SCCY are newcomers to the firearms industry, but both bear watching. Although the CPX-2 only has an MSRP of $299, there is nothing cheap about the pistol. It is probably going to find a market with those who are seeking value in a capable self-defense handgun. For more information, visit sccy.com or call 866-729-7599. 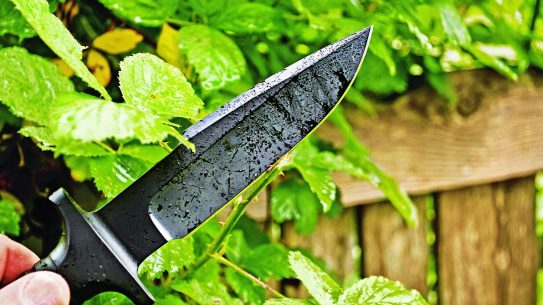 For more than a century, self-defense-minded people have been searching for an inexpensive and…