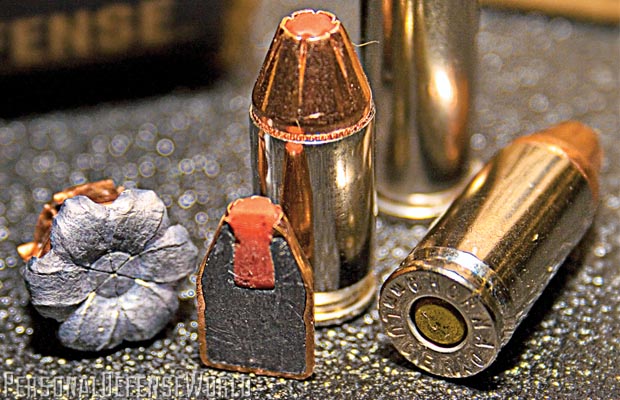 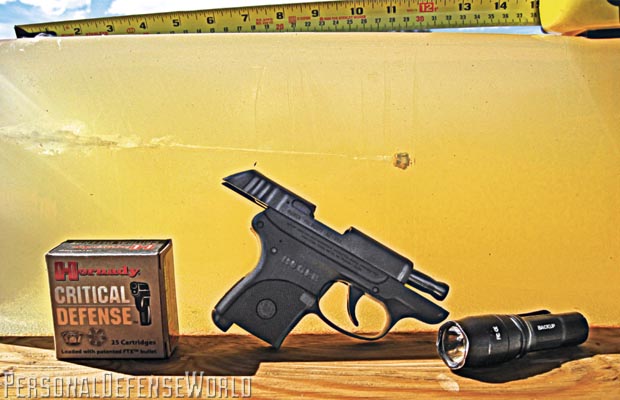 2 of 3
PHD PDW Ammo Bullet 2
Gelatin testing reveals great information including velocity, expansion and penetration. This isn’t something one should try at home without experience! 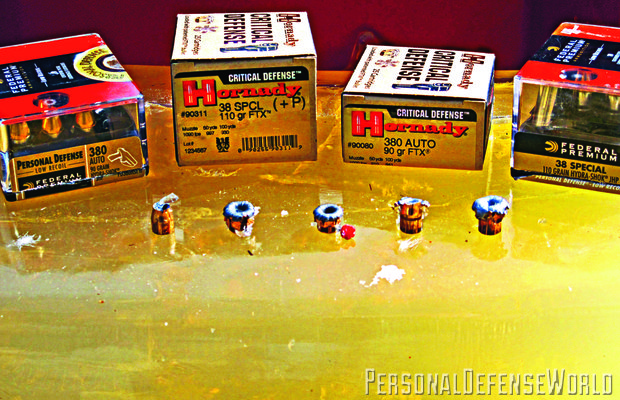 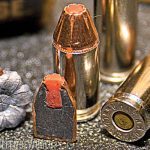 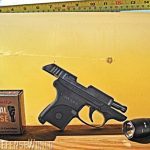 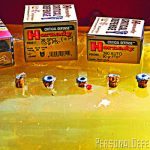 Great attention has been paid to the many new weapons hitting the market over the past couple of years. It has obscured what may be an even more critical choice, the appropriate ammunition. Remove ammo from the equation and a firearm is nothing more than an expensive hammer or stick. This is true no matter the make, model, cost, or manufacture. Sure, unloaded it may scare someone, but to quote Clint Smith, “if you want to scare someone wear a big ugly mask.” Guns are for fighting, not frightening.

Contrary to popular myths, motivated criminals don’t always run at the sight of a gun, or laser or the racking of a shotgun. It makes for good stories, but like most of these things real life can be different. Most police officers, myself included, have had criminals refuse to comply or worse when a firearm is pointed at them. If they will do this to a police officer in uniform it is pretty ridiculous to expect otherwise for an armed civilian. Since expecting to have your attacker drop to the ground screaming in terror at the sight of your pistol is mostly fiction and marketing it is important to load it, and do so with the proper ammunition.

Pick Your Weapon, Then Your Ammo!

There are more choices than ever in an increasing number of calibers. Years ago, ammunition was ammunition, today it is designed to perform a particular task. This is true of pistols, rifles, and shotguns. Most self defense type firearms have a round available designed specifically for use as a self protection round. With so many choices it is important to look closely at a few things when deciding what to choose. Clearly the most critical first choice is a reliable and rugged weapon that suits you as a shooter. Whether it is a carbine, shotgun, or pistol, if your life is going to depend on it the thing better work. Once you have picked the proper weapon the next thing is to use it. Train with your weapon. Remember, yours or you loved one’s life depends on how well you operate this gun. Learn how to use the weapon and practice with it. With innovations come choices. There are some pretty simple things to think about. All major manufacturers make quality ammunition but you need to know what is suited to your gun and application.

Controlled expansion, hollow point ammunition, is designed to expand when striking the threat. In simple terms, the bigger the hole, the more the damage, especially with pistols as it is this permanent wound cavity that is critical. Some expand at lower velocities, others at higher. Higher velocity does not always mean more penetration; it can mean better expansion. There is always a happy medium for the caliber you have chosen. It has to generate adequate penetration, deep enough to reach the vital organs and then expand. Most everyone tests to the FBI standard which is a minimum of 12” with an optimum of 18” in a variety of conditions. Arguments abound about this, but it is a great place to start. Meeting that standard generally means that no matter the angle of the threat it will reach vital organs. Anything after that is considered over penetration.

Bonded bullets are designed to stay together when they hit the threat. Most self defense ammunition has a jacket attached to a lead core. In some cases this jacket will separate when it enters the threat. Bonded bullets prevent this. These are great choices for those that may have to shoot from or through a vehicle. They often will penetrate further and still expand without fragmenting.

Some of the latest ammunition is solid copper. There is no jacket to separate with solid copper and they also expand. Barnes Bullets makes some of these that expand to twice their size and still stay together. They can penetrate very deeply however so be aware of any over penetration issues depending on the caliber. These are proving to be some of the best self defense bullets available. Frangible ammunition is designed to essentially disintegrate when it hits solid objects. The same bullet that is incredibly lethal when striking soft tissue will turn into powder when it hits steel or a solid object. This is great for shotguns in the home. It is just as lethal on an intruder but over penetration is far less of a concern, especially through walls, furniture, or other objects.

The best ammunition in the world is useless if it will not work in your gun. You must personally shoot it in your gun. This is mostly about the shooter, as everyone shoots different. Just because it worked in your buddy’s gun that is “exactly the same” does not mean it will work in yours. Just because it runs your “practice ammunition” does not mean it will run the self-defense stuff. Spend the money and the time. If a gun is down, or has work performed on it, it does not go to work on duty with me, unless at least 100 rounds of the ammunition that is going to be carried with, has gone through it. Don’t get too hung up in the velocities on the box. Many of the companies test their ammunition out of barrels much longer than anyone uses.

Often the pistols are six inches long, and some rifles are tested in twenty six-inch barrels (regardless of caliber). It feeds the consumer who thinks more is better. Some companies are trying to fight that. Wilson Combat’s new ammunition is guaranteed as they have tested out of real guns with the same barrel length as listed. This is critical for short-barreled guns. All the technical things aside, it can induce malfunctions and the bullet simply may not expand. Many companies are now making ammunition specifically for shorter barrels and that is a huge improvement. Make certain the ammunition works in your weapon, and you can control it. Your accuracy on the range with practice ammunition is meaningless in a gunfight.

Remember, your choice of self defense ammunition is as critical as your choice of weapon. It is an integral part of the operation not a point-of-purchase, “this will do” kind of “add-on.” Ammunition companies have spent tremendous amounts of research and technology to produce ammunition that performs specifics, for the make of gun and function, as well on the target. There’s a tremendous availability and that is of great benefit to anyone who carries a firearm for self-protection. Too often people simply load the weapon with the ammunition provided by the salesman and “assume” it will work. That is a good way to get killed in a gun fight. The last place you want to determine you forgot a step of operation or ammo does not cycle in your gun when your life depends on it. Take the time, make the effort and spend the money to be certain the ammunition you have chosen to protect your family operates in your gun and you can hit what you are aiming at with it. It just may actually be the difference between a great story and a great epitaph. 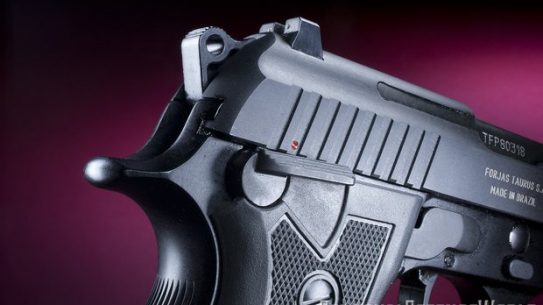