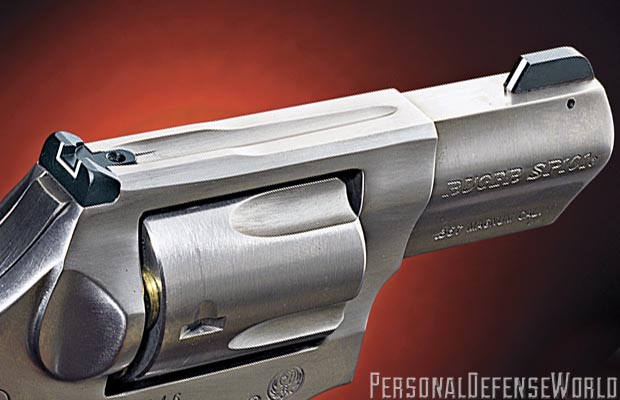 1 of 4
Sight Snubbies d
If author had to redo it again, he would put a tritium single dot on the front with an all black rear on his Ruger SP101. 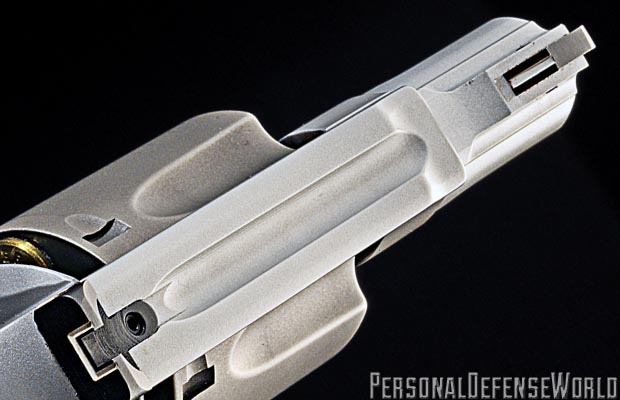 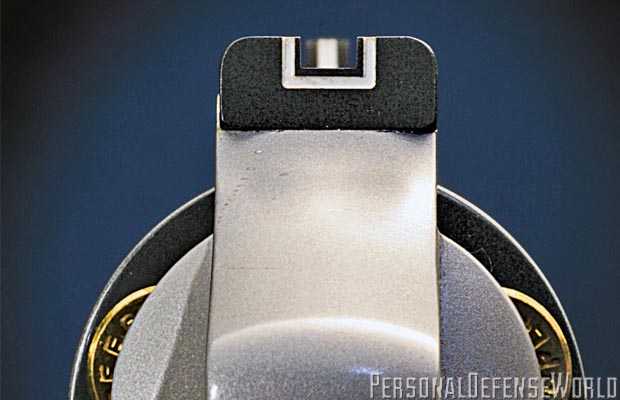 3 of 4
Sight Snubbies b
The front sight consist of the standard white outline, and the rear with a white outline. 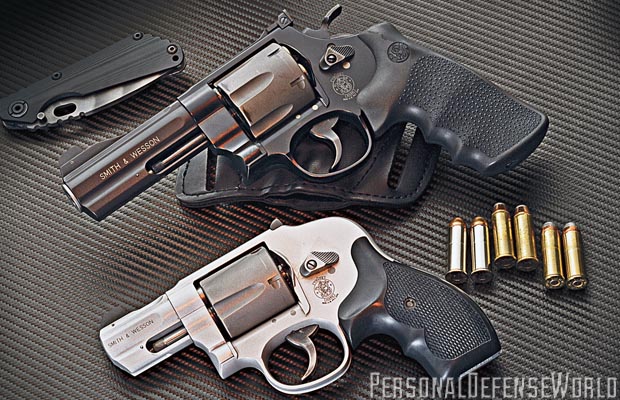 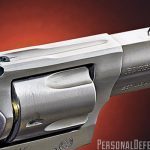 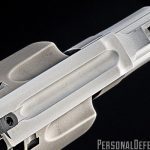 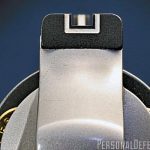 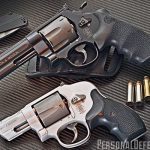 Bowen Classic Arms is one of the finest custom revolver shops in the country. Their work on high-grade revolvers is simply legendary. Hamilton Bowen has recently released a new fixed sight for small revolvers—a giant step forward in enhancing the performance of these guns. Undercover, uniformed and off-duty police officers rely on these guns as both primary and back-up weapons. Bowen cites that most day-to-day CCW (concealed carry weapon) carriers rely on small, concealable revolvers for their primary carry.

In all of these cases, it is critical for the users to be able to effectively hit what they are aiming at, as these guns are limited in ammunition capacity. For the task at hand, the stock sights are horribly lacking in almost all the configurations, makes and models of these guns. Most have tiny, difficult-to-see fixed sights or some type of afterthought attachment of sights that are easier to see yet destroy the concealment ability of these little guns.

Bowen developed a small rear sight that is fitted at their shop, and sighted in. While many may look at this as too much effort for a small revolver, when lives are on the line, it’s worth the effort. Many folks are lured into the idea that they can just “point and shoot” their way out of trouble. Let me quell this right now. I have been in several shootings, investigated over 75 officer-involved shootings, trained with the best gunfighters in the world and one theme is consistent across the board… If you want to hit anything past contact distance, you need to visually verify that your gun is on target. As the distance increases, a more refined sight is needed. You do not control the distance of the gunfight if you are defending yourself, so if you somehow end up in a fight that extends past about 10 yards, you will need to be able to use your sights to hit. If your target is moving, you need quality sights to hit. It is that simple.

Bowen sent me a five-shot Smith & Wesson revolver with his sights installed and sighted in. I shot this gun better than any J-frame sized gun I had ever used before. It was actually like shooting a 2.5-inch Model 19 in performance. I never carry a J-frame as a primary gun, but I was so impressed that I sent two of my favorite small revolvers, my titanium S&W M296 .44 Special and my 2-inch Ruger SP101 .357 Mag, to Bowen for these sights to be used as back-ups.

The S&W M296 has ridden a ton of backcountry miles as my mountain biking gun and as a hiking companion. I have also traveled extensively with the SP101 riding under my leg in the car as a counter-carjacking gun. Without giving away any operational tactics, I have advised several high-speed units on the deployment of the SP101 in specific counter-terrorism and hostage rescue roles. In all of the above cases, giving these two guns the ability to hold their own at much longer distances than their stock sighting systems allowed for and to be able to precisely place shots is worth every penny of what goes into getting the Bowen sights on these guns.

I returned my original test gun to Bowen Classic Arms and sent both of my five-shots in with a request to have them both fitted with sights. A blackpowder cylinder chamfer and chamfering of the chamber mouths was requested on the Ruger SP101. For my purposes, the Ruger is more of a fighting gun and the additional work makes holstering and reloading easier.

After a few weeks, my guns arrived back home. I was simply stunned at how something as simple as a high-quality sight installation could change the character of these revolvers. First and foremost, the installation is very clean. The lines of the guns are actually enhanced and the sights look like they belong on the revolvers, unlike many aftermarket sight installations that look like a freakish science experiment gone wrong on many guns. That is not the case here. Another positive aspect was that the sights aligned naturally when holding these revolvers in my normal combat grip.

During my range sessions, I found out quickly that any limitations normally associated with a small revolver were gone. They are as intrinsically accurate as their larger siblings and a good deal of their handicap in shooting at longer ranges was simply not having a sighting system that was conducive to more precision shooting.

Getting solid, rapid hits at 25 yards was relatively easy. I was impressed by the fact that I was also hitting with both great speed and precision in close quarters as well with a less defined sight picture. Neither of my guns required re-regulation as I sent my preferred ammunition with the guns to Bowen for proper regulation when the installation was done. I highly recommend anyone considering this work to spend some time on Bowen Classic Arms’ website and read the extensive section on how these guns are regulated. This requires some good user input to truly maximize the capability of your revolver.
At the time I did my sights, the white stripe front and white outline rear was pretty much what was available. Tritium dot set-ups can now be ordered, but if I had to do over, I would have the standard white stripe front, and white outline rear remain on the S&W M296. This set up worked really well in almost all normal shooting conditions. The stripe and white outline gives the appearance of a more open sight picture when running at speed and tracking movers, while offering a very good refined sight picture for precision work at distance. For using my S&W M296 as a protection gun when cycling, hiking and other outdoor activities, this is perfect.

With the Ruger SP101, I would spend the extra money to get a tritium single dot in the front and an all black or single dot figure eight configuration in the rear. Again, this gun is often used in a role to deal with urban predators, and they tend to like to prey on their victims at night. I always carry a SureFire light with me, so not having tritium sights on the Ruger is not the end of the world, but it would be a good upgrade.

Adapting a high quality sighting system to small concealment revolvers is not cheap or easy. Luckily, the master artisans at Bowen have made the process possible. Their installation could not have been done any better. Many will think that the expense is great, while actually it is a bargain. These are guns that many stake your life or other lives on. I want all the advantages I can get on my side. I found out first-hand how much better I can perform with a small, easily concealed revolver by simply investing in the Bowen Classic Arms high visibility sights. I would recommend this modification as almost a requirement to anyone who regularly depends on these types of revolvers. Find out more at bowenclassicarms.com or call Bowen Classic Arms at 865-984-3583. 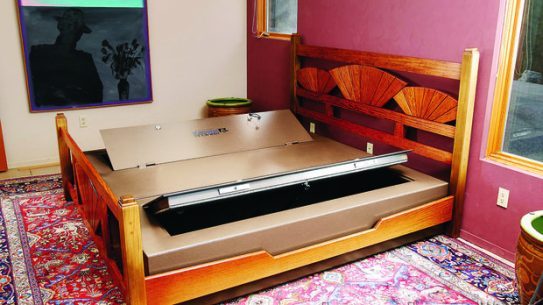 Bowen Classic Arms is one of the finest custom revolver shops in the country.…