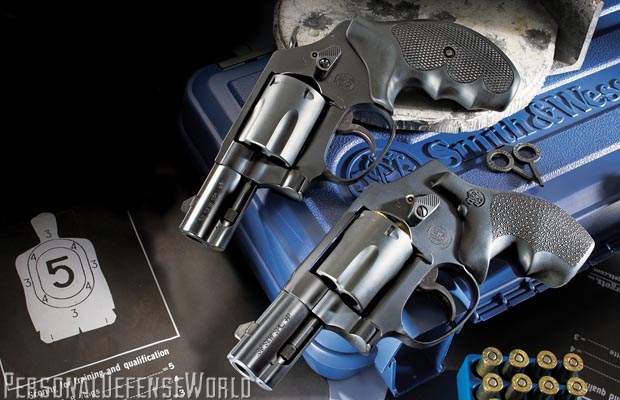 1 of 2
PDW PP13 Ballistics
The fastest reload is the one you don’t have to make. Dave Blazek paired two 5-shot S&W J-frame revolvers to win the BUG event. 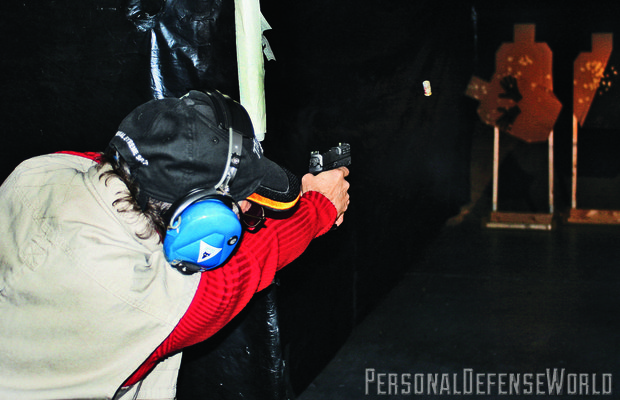 2 of 2
BACKUP 2_phatchfinal
Many of the stages were in low light, like a real self-defense situation. Aside from lasers, tritium night sights provide a big advantage. 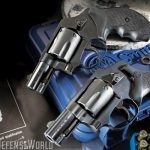 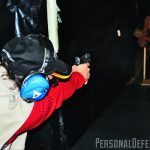 If you’ve competed in the National Championships of the International Defensive Pistol Association (IDPA), you’ve probably met Lance Biddle. He would have been running one of the stages you shot. As IDPA’s Florida State Director, Biddle has been an ambassador for this reality-based handgun sport. As a match director and safety officer alike, he’s a stern taskmaster, but a fair one when he arbitrates the rules. That attitude comes from 23 years as a street cop in a busy municipality adjacent to Columbus, Ohio. When Biddle designs a course of fire, he builds in street reality.

A while back, aware of the fact that even off-duty cops often carry small “pocket guns” instead of the full-sized, competition-grade handguns that show up in regular IDPA matches, he decided to create an unofficial state championship for the truly small handguns that IDPA calls BUGs, or Back-Up Guns. He was inspired by Mack Rudisill, an IDPA regular who always competes with his daily carry J-frame snubnose and Speed Strips. Lance jokingly named it the National Championships, and then the World Championships, of the BUG. When another person suggested he extend it to the rest of the known galaxy, Lance planted his tongue firmly in his cheek and titled it “The BUG Championship of the Universe.”

I attended the match not too long ago at The Gun Shop in Leesburg, Florida. Owner Gordon Schorer’s wonderfully eclectic gun shop encompasses a state-of-the-art indoor range where he and Biddle host regular IDPA matches, bowling pin shoots, and of course, the now-annual BUG event.

It was made clear from the outset that this was not an IDPA match, and it departed from IDPA rules in some ways. The rules for this independent event mandated revolvers with barrels no longer than 2.5 inches, and truly subcompact autopistols, such as 3.5-inch-barreled 1911s and “Baby” Glocks. In deference to the hugely popular J-frame revolver, all guns had to be loaded with only five rounds and could only be reloaded once with five more rounds per stage. Lasers were also allowed because of their popularity.

In the first couple of matches, Lance had noticed that those who carried in pockets or fanny packs were distinctly disadvantaged when they began with the usual IDPA position with their hands relaxed at their sides. He had long since realized that an advantage of either the pouch or the pocket was that a hand could surreptitiously be placed on the gun without anyone else being aware of it; therefore, event shooters are allowed to start with a hand on the gun in the pocket or fanny pack, so long as the gun itself is not exposed to view. Each shooter was also given the choice of reloading or going to a second small handgun after the first ran dry.

In one stage, the shooter begins seated at a table, handcuffed, and has to access his hidden gun(s). Yes, you can shoot that way. Yes, you can even reload that way. But having a second gun really helps if you have to defend yourself that way.

In another, you find yourself at a poker table in a game gone bad and realize the other players have set you up for armed robbery. There’s time to sneak your pocket gun out and get it leveled on the opposition “under the table” before they go for their weapons. In nearly 40 years of competitive “combat shooting,” I’ve never had the chance to try this tactic at a match. We all did at the 2011 BUG Championships.

The “Bill Drill,” combat shooting icon Bill Wilson’s practice regimen of drawing and trying to put six shots into the center zone of a silhouette target at 7 yards in two seconds, is particularly challenging with small, short-barreled handguns. We had to do it at the BUG Championships, and there was a second round where shooters had to place headshots at 3 yards! Any shot outside the head at 3 yards or the 8-inch-diameter center chest zone on the IDPA target at 7 yards was considered a miss. No, we didn’t make the hits clean in two seconds with “belly guns” from concealment—but some shooters came surprisingly close.

In one stage, you’re in a narrow, pitch-dark hallway with a flashlight in one hand and the pocket-sized handgun concealed. Suddenly, a crazed man with a sword charges you from 25 yards away. You have to draw, illuminate the target and fire five shots. This stage reflects the reality that criminal attackers don’t give you “handicap points” for having a short-range gun. There isn’t room here to list each of the 10 stages, but they were all very challenging.

The 2011 match saw far more subcompact autos in 9mm and .40 S&W in play than snubnose .38s, but it was the latter that won the overall championship. Retired USAF pilot Dave Blazek was the overall winner with a pair of lightweight, Lasergripped Smith & Wesson Centennials firing 130-grain .38 Special ammunition. Lesson: The old wisdom that “a second gun is faster than a reload” seems to hold some water. And, when there are several dim-light situations involved, as in real life, a laser sight comes into its own.

Having your hand on the gun speeds the draw. A draw breaks down into “access,” getting past the concealing garment and placing the hand onto the gun (the toughest part), and “presentation,” or ripping the gun out of the holster and bringing it on target (the somewhat easier part). It became very apparent during the match that the winners had the most practice drawing from concealment. Lesson: If circumstances allow you to surreptitiously grasp your concealed handgun before the attack, do it.

While lasers help, you don’t necessarily need them to shoot well. First place in the non-laser category and second place overall was IDPA Five-Gun Master John Strayer, working a Springfield XD Sub-Compact auto out of a high-ride Blade-Tech hip holster. He felt that the Dawson night sights on his pistol definitely helped him in the many dim-light stages at the event.

Utter reliability remains paramount. I watched one shooter with a low-priced .380 who was doing quite well but dropped out of contention to win when his budget pistol jammed repeatedly. The top five shooters were using utterly reliable guns: Blazek with J-frame S&W revolvers; Strayer with the XD and the S&W M&P340 for backup; me with an XDM 9mm subcompact and on one stage, a backup S&W M&P340; David Brackett in fourth place with a Glock 26 9mm subcompact; and Chris Christian, a Master IDPA shooter, rounding out the top five with a S&W M&P9 Compact and a Taurus 85 .38 snubnose for backup. Note how many of the top five used a second gun at some point. Dave Blazek, the overall winner, did so every time he ran past five shots and beat everyone else.

Thanks to Lance Biddle for running this instructive event, to Gordon Schorer at The Gun Shop (gunrange.net) for hosting it, and to range safety officers Dave Chandler, Dale Gikiere, Bert Medlin, Dave Rodgers and John Grubb, who made it happen.

Shooting challenging scenarios under stressful, difficult conditions is some of the best defensive training you can get. Biddle’s groundbreaking work with these pocket guns teaches useful lessons to all of us who use them for lawful purposes, whether as our primary armament or our “backup.” 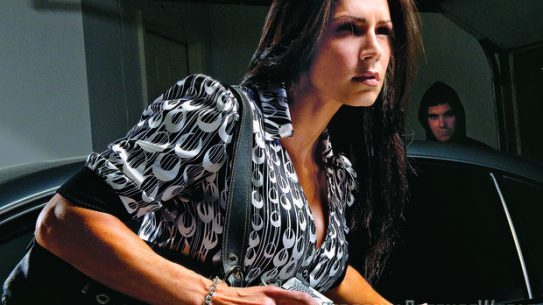 If you’ve competed in the National Championships of the International Defensive Pistol Association (IDPA),…