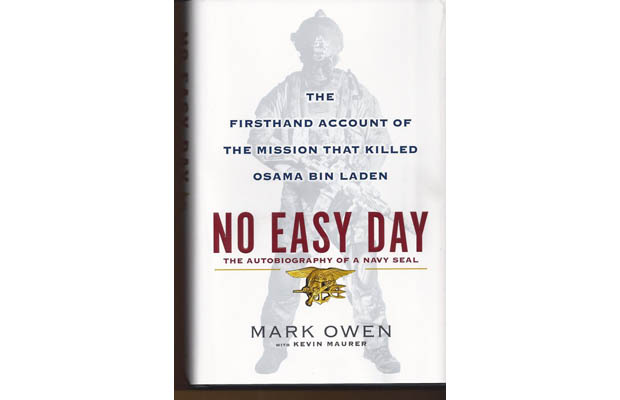 1 of 3
noeasydayPDW
Okay, I know this book is controversial but the instant its manuscript landed on a publisher’s desk, any classified info in it was compromised and there is nothing anyone can do to correct that. After reading No Easy Day, I seriously doubt there is much in it that our enemies don’t already know about our military’s capabilities. It often seems the only people being kept in the dark about many Spec Ops missions are the American public. Given the focus of the Harris Tactical Group of magazines, I was primarily interested in what weapons, and more specifically the knives the author carried on the historic mission to kill or capture Osama bin Laden. The author’s primary long arm turned out to be an HK416, but the subject of knives was a little more difficult. Near the beginning “Owen” explains when he joined Team 6 he was told to assemble a set of mission-specific deployment bags with duplicate items of essential gear. This included being issued 6 Gerber Multi-Tools and “sheath knives”—one for each bag. Apparently in the other SEAL teams, members are issued a single item of basic pieces of equipment, and if they need more they buy it out of pocket. The really big question of what knife he carried on the raid is also answered—a Daniel Winkler WK II Field Knife. Readers may remember this is also the same knife that was said to have been used in taking out a Somalia pirate a couple of years ago. While I’m not sure I would want to be in “Mark Owen’s” shoes now that his real name is common knowledge, I don’t see that this book really gave away too much classified information. It’s an interesting read for sure. 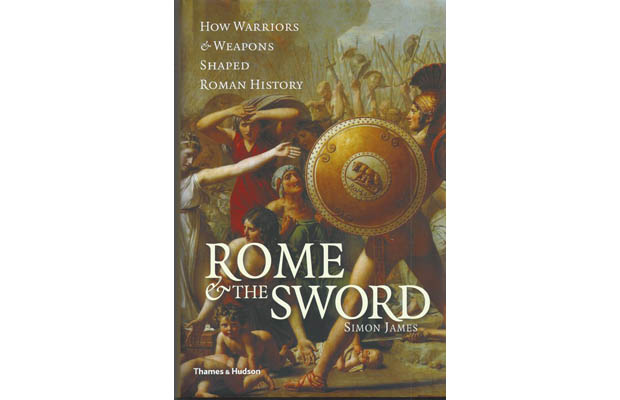 2 of 3
RomeSwordsPDW
In my experience, the legionnaire and his gladius short sword holds a fascination with modern historical edged weapons buffs that is only exceeded by the Japanese samurai’s katana. The author’s premise is that the Roman soldier’s reliance on closing with his enemies and fighting it out with skilled sword tactics became the empire’s key to conquering much of Europe, the Middle East and North Africa over several hundred years. It may come as a surprise, but the first Roman sword was a close copy of the Greek model carried by such legendary warriors as the Spartans. Military expeditions to Spain introduced them to the “Gladius Hispaniensis” which they quickly adopted as their own primary infantry weapon. The interesting fact here is the original Hispaniensis were not the short swords we normally think of legionnaires carrying, but rather a longer, leaf pointed weapon. Over a period of many generations the Roman sword shrank in size and then once more grew out to something very similar to that used from the Viking period up to invention of gunpowder. Along with the sword itself, the book covers legionnaire training, life in the field, major battles and the eventual downfall of the empire. It is always amazing to read how much time the Romans and surrounding Italian regions spent fighting each other in various civil wars. The author also discusses the problems both the civilian population and those that were supposed to be in command had controlling the actions of these battle-hardened soldiers when they weren’t in the field campaigning. Having the right to carry a sword at all times allowed some to become little more than street thugs and bandits, taking whatever they wanted from whomever they wanted. This is certainly one of the better books I have read on relationship of the Roman soldier and his sword 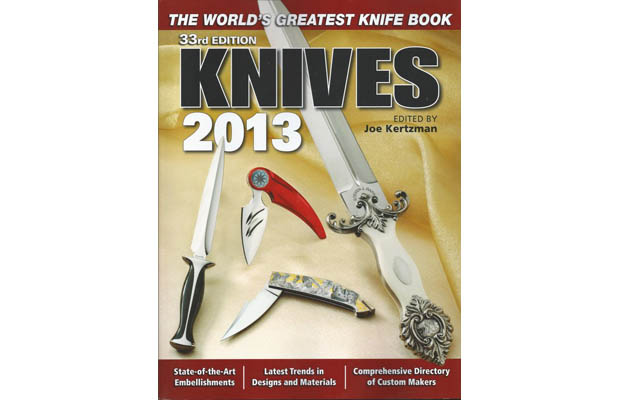 3 of 3
worldsgreatestknifebook
This is the 33rd edition of what started out to be a spin-off annual from the Gun Digest series of books. As in the past, Knives 2013 opens with a series of articles related to cutlery use, history and collecting. Given my own interest in edged weapon evolution, I found the “Arms of Malta” and “Big Is In the Blood of the Claymore User” stories very interesting. Other chapters include articles on “Latest Friction Folders are Freaky Good,” “Fat Times for Slip-Joint Followers,” “Formidable Tactical Folders,” and “Large Folding Hunters Swallow the Hand.” For the last decade or so, the current editor has focused more on art and collector customs than on actual working blades, so the article “Art Knives$ A$ Ive$tment$” will help you decide if this is a good thing or not. Once the feature stories are out of the way, the book becomes a photo essay of the last year’s most notable custom knives—but again, the main theme is collector and art pieces. The editor breaks these down into groups such as “Sharp Dress Folders,” “Double Take Damascus,” “Mecca-Worthy Mosaics,” “Curly Wire and Maple Wood,” “High Art Handle Work,” “Tribal Warriors” and “Fiery Fighters.” A much smaller section of the book covers what they consider factory trends. Of course, the primary reason most of us in the writing game have long waited for each edition of the Knives series, is the detailed directory of custom knifemakers from around the world. It is good to see that a fairly large number of makers now have their e-mail and website addresses listed. As for those that don’t, please join us in the 21st Century and provide one to the annual next year! 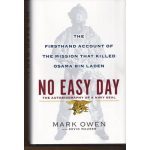 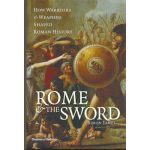 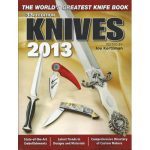 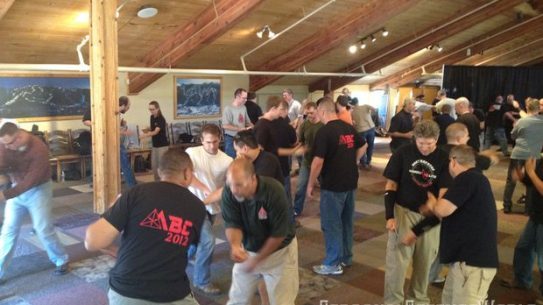