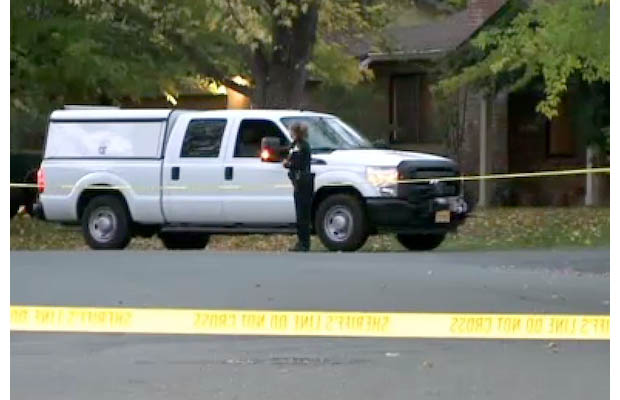 David Anthony Williams, 27, of Fair Oaks was shot by Jerry Rasmussen, 60, after Rasmussen encountered him inside his home in the 6900 block of Laurel Oak Way early Wednesday morning, according to the Sacramento County Sheriff’s Department.

Another man also entered the home and was shot by Rasmussen before running away, but he was identified as a suspect after going to a local hospital, the sheriff’s department said.

Rasmussen was arrested for being a felon in possession of a handgun and ammunition. He has not been charged with murder in the death of Williams.

Two men were shot earlier this morning, one fatally, in an apparent attempted burglary at a home in Fair Oaks. One suspect died inside the home, and another has been detained after showing up at a hospital seeking treatment for a gunshot wound. The homeowner, who confronted and shot both suspects, was not injured during the incident.

At approximately 2:30 a.m. today, Sheriff’s deputies responded to the 6900 block of Laurel Oak Way regarding a home broken into and someone possibly shot. Preliminary investigation revealed that the homeowner, a man in his 60’s, was disturbed by an unknown man inside his home sometime after 2:00 a.m. The resident, armed with a handgun, fired at the suspect, who then fled from the home and ran away. The homeowner then observed a second man in the doorway of one of the bedrooms, and shot at him before fleeing from his home to find help.

When deputies arrived at the scene, they found a male in his 30’s inside the victim’s home. He had been shot in the upper body and was pronounced dead at the scene. Deputies later received information about a man, also in his 30’s, who had gone to a hospital for a gunshot wound. They responded there, and were able to determine that he was the suspect who fled the victim’s residence after being shot at. That suspect was detained for further investigation and to be interviewed by detectives.

There was evidence of forced entry to the victim’s residence, and burglary is believed to be the suspects’ motive for going to the victim’s home. The homeowner who shot both suspects remained at the scene and cooperated with detectives during the course of the investigation. At this time, no decision has been made regarding any criminal charges that the homeowner may incur as a result of this incident.

David Anthony Williams, 27, of Fair Oaks was shot by Jerry Rasmussen, 60, after…