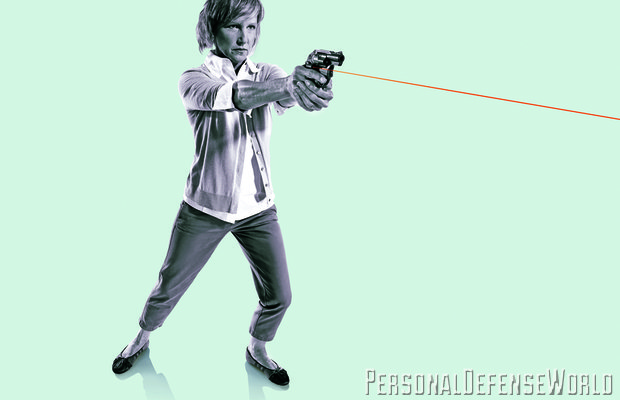 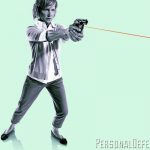 Pocket guns, such as the Sig Sauer P238, and even subcompacts, like the Ruger SR9c, have a lot of advantages for concealed carry. They are light, slim, easy to conceal, snag free, and in .380 and 9mm, they are controllable in rapid fire. However, their sights are often inadequate for fast, defensive shooting. The integral sights, as seen on the Ruger LCP, offers very little feedback and forces a CCW holder to take their eyes off the threat at a critical moment. Adding a laser to a defensive firearm changes the focal plane of the shooter; instead of having to look at the front sight, a CCW holder can keep their eyes on the target. This is critical in a defensive situation as the dynamic nature of a self-defense incident can change rapidly.

The laser also offers an increase in the critical area of speed. The ability to simply place the dot on the target and press the trigger eliminates the need to take a traditional sight picture, shaving seconds off the time it takes to get that pistol into action. In a defensive situation, those seconds could be the difference between life and death. Another area where a laser greatly benefits a pocket pistol is accuracy. Using a Crimson Trace-equipped Sig Sauer P238, the author was able to make hits at 25 yards on a USPSA C Zone target much quicker than possible when just using the iron sights. While most defensive situations will not be at those ranges, the laser, when properly sighted, gives a citizen or LEO the ability to reach longer ranges if the need should arise.

Because lasers can greatly enhance a pocket pistol, 2010’s pocket pistol revolution also saw a tremendous increase in laser products for defensive use. A shooter is now able to get the best sighting system possible for their firearm from a variety of manufacturers.

Smith & Wesson has long been a leader in the pocket pistol department. The J-frame revolver is the standard for all defensive revolvers, but S&W wasn’t content to rest on its laurels and introduced the Bodyguard line-up. The Bodyguard line features two different pistols, one a compact .380 ACP semi-auto and the other a .38 Special +P revolver. Different from previous offerings, each Bodyguard pistol features an integral laser, giving the shooter a laser-equipped firearm without having to purchase a separate accessory.

The Bodyguard .38 also features a unique departure from S&W’s J-frame lineup. The J-frame has traditionally carried the cylinder release on the left side of the frame, in a location difficult to actuate for left-handed shooters. The new Bodyguard .38 has a truly ambidextrous cylinder release located directly on the top of the revolver, just aft of the cylinder. The .38 Special Bodyguard revolver has a five-round capacity, and will fit many holsters designed for the S&W J-frame revolvers.

The semi-automatic .380 ACP Bodyguard pistol offers a 6+1 capacity, a 2.75-inch barrel, and a true double-action trigger mechanism. The laser system, manufactured by Insight Technology, is integral to the frame of the pistol, which means there are no external parts to worry about and the shooter never has to worry about their laser coming loose at a critical moment. Both of the Bodyguard pistols present a ready out of the box solution for someone looking for a laser-equipped firearm.

Ruger has been at the head of the pocket pistol pack ever since introducing the LCP in 2008. With the popular .380 leading the way for micro-compact guns, Ruger also offers two different pistols that come from the factory equipped with Crimson Trace Lasergrips.

The Ruger Lightweight Compact Revolver, or LCR is a polymer-framed, double-action-only defensive revolver available in .357 or .38 Special +P. The LCR’s unique trigger mechanism gives it one of the smoothest DAO triggers on the market, and the polymer frame absorbs a significant amount of recoil energy, making this the most shootable compact revolver available. Ruger offers the LCR direct from the factory with a Crimson Trace Lasergrip, which takes the place of the standard Hogue boot grip on the .38 Special models. The Crimson Trace Lasergrip for the LCR is easily removed for cleaning as well, which greatly reduces the chance of damaging the lens of the laser with chemical solvents.

Also available direct from Ruger is the Lightweight Compact Pistol, or LCP equipped with a Crimson Trace Laserguard. The LCP-CT is Ruger’s wildly popular LCP in .380 and comes with the Laserguard attached as well as a pocket holster for CCW use. This is also a great out-of-the-box solution for someone looking for a pocket gun for discreet concealed carry when a larger firearm might not be an option. Because the Laserguard attaches to the front of the triggerguard and not the grip, the shooter can still use every available inch on the abbreviated grip to fire the Ruger pistol. The LCP’s magazines can be configured with a rest for the pinky finger so a shooter can get a full firing grip on the gun to increase accuracy.

One of the leading companies in lasers for defensive use is Crimson Trace. Their latest innovation is the unique Laserguard series for compact pocket pistols. Originally known for their grip-integrated lasers or Lasergrips, Crimson Trace needed to come up with a new solution to add a laser to the new breed of compact pocket guns. Because pocket guns don’t have as much real estate on the grip to put a laser, Crimson Trace developed their new Laserguard line, which mounts to the front of the pistol’s triggerguard thus allowing the shooter to maintain a full firing grip.

The Laserguard line is available for a wide array of pistols from the HK45C to the previously mentioned Ruger LCP. Also included in the Laserguard line are brand new guns like the Diamondback .380 and the Ruger LC9. The author’s personal carry gun, a Ruger SR9c, is equipped with a Crimson Trace Laserguard. Using a Diamondback .380 equipped with a Laserguard, the author was able to fire two shots each at three different targets in less than three seconds while drawing from a holster in a jacket pocket. The Laserguard makes fast, accurate, fight-stopping hits much easier with a difficult to shoot pocket gun. Like all Crimson Trace laser products, the Laserguard features instinctive activation—simply grip the gun with a firing grip and the laser activates. In a defensive situation, a Laserguard-equipped gun will always have the laser on the target when you need it.

If shopping for a new holster isn’t your cup of tea, don’t worry because LaserLyte has another great solution to add a laser sight to your defensive firearm. The LaserLyte Rear Sight Laser (RSL) fits in the existing rear sight dovetail on your defensive pistol. This unit replaces the rear sight without changing the profile of the front of the gun, allowing you to use the same CCW holster with or without the laser module. The RSL also functions as a rear sight; if you need to take a traditional sight picture, the LaserLyte module can be used the same as traditional iron sights.

Due to its designed purpose of fitting in the rear dovetail, the RSL works across many platforms, including 1911 pistols with Novak rear sight cuts. The LaserLyte is easily installed, and incredibly rugged. Using the face of the laser to rack the slide in an emergency situation will not damage the laser, and LaserLyte even has a video on their website of the laser used to drive a nail through a 2×4.

Many times, a pocket gun is the only gun that a person can conceal day in and day out. Certain types of dress or climates make carrying a full-size pistol impractical, and the .380 you carry is better than the .45 left at home. Adding a laser to your pocket gun means that the little gun can punch out of its weight class and run with full-size pistols in terms of accuracy, speed and hits on target. 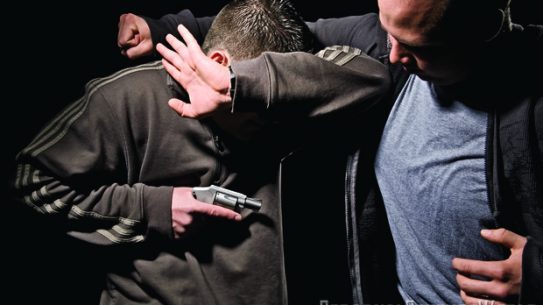 REVOLVERS TO THE RESCUE

Pocket guns, such as the Sig Sauer P238, and even subcompacts, like the Ruger…