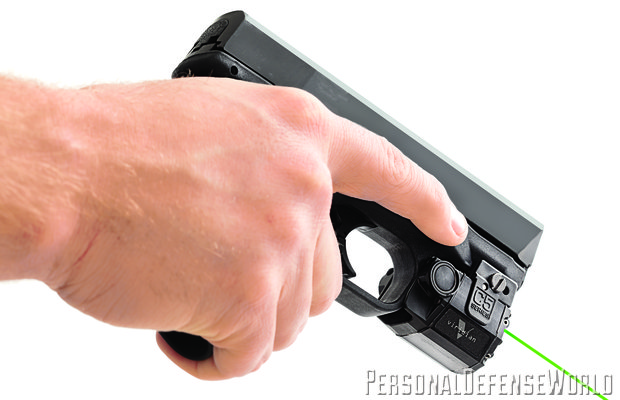 1 of 6
taclocgeneric3_phatchfinal
Using the Viridian TacLoc holster is extremely easy. Grip weapon with index finger extended, lay finger on TacLoc release, press, and draw (ECR system instantly turns on laser and/or light), and finger aligns itself into a ready position. 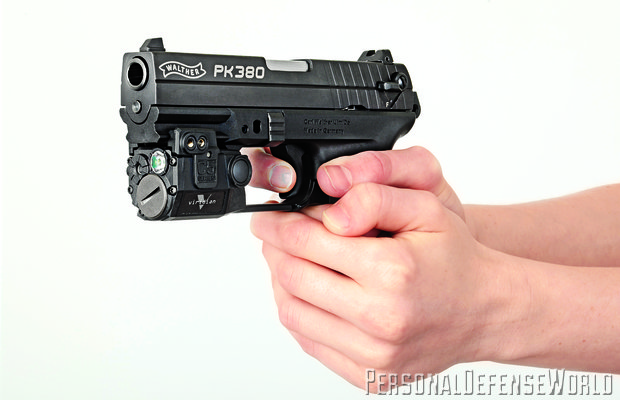 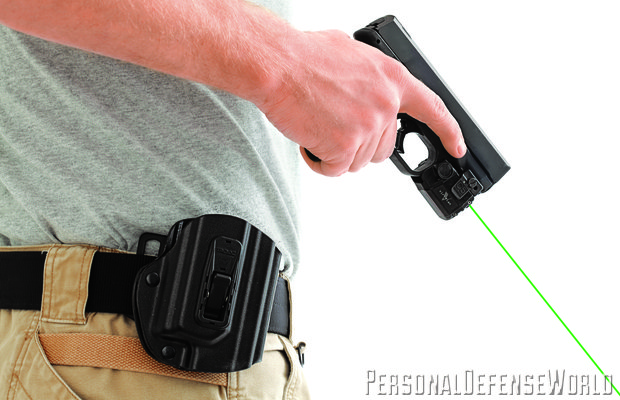 3 of 6
GenericTac2_phatchfinal
Using the Viridian TacLoc holster is extremely easy. Grip weapon with index finger extended, lay finger on TacLoc release, press, and draw (ECR system instantly turns on laser and/or light), and finger aligns itself into a ready position. 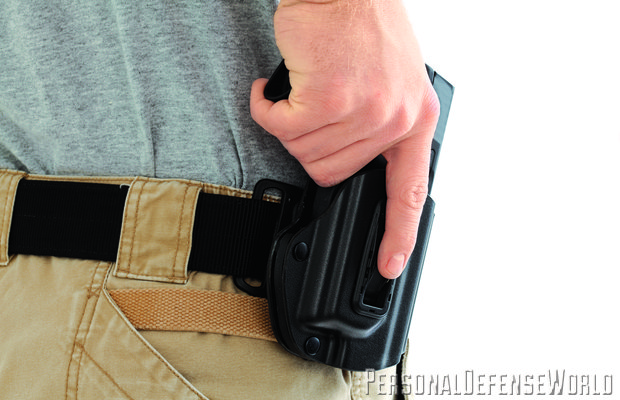 4 of 6
GenericTac1-1_phatchfinal
Using the Viridian TacLoc holster is extremely easy. Grip weapon with index finger extended, lay finger on TacLoc release, press, and draw (ECR system instantly turns on laser and/or light), and finger aligns itself into a ready position. 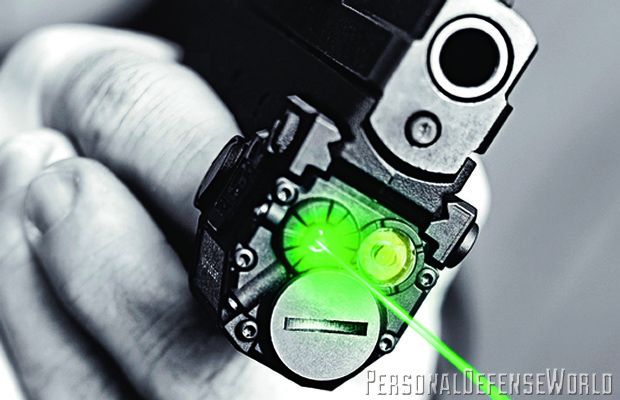 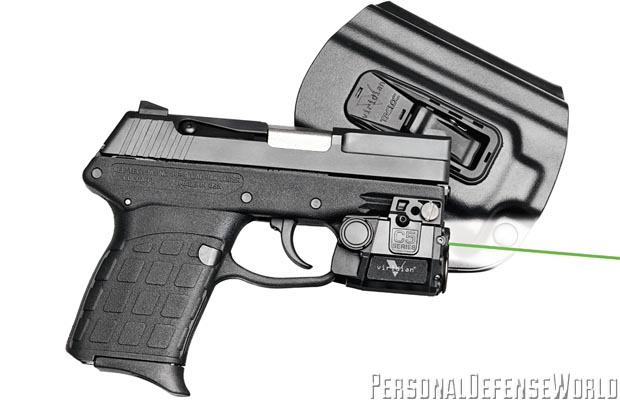 6 of 6
viridiantaclocdec12ch
The Viridian C5L light/laser unit is extremely compact and can easily fit on a variety of handguns, offering green laser and strobe capabilities. 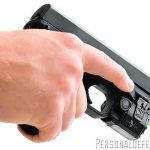 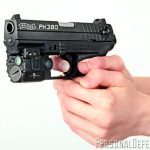 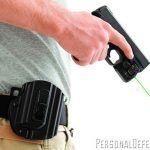 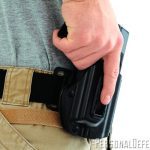 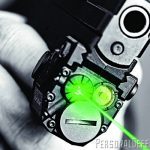 Rail-mounted laser units for pistols are by now fairly commonplace, and with good reason. They allow for very accurate shooting under low-light conditions where your front sight may not be clearly visible. They also feed into the reality that under stress many shooters will take a target-focused approach to self-defense and instinctively point shoot. With a laser attached to your gun, point shooting makes a lot more sense—not to mention the effect a bright laser dot has on would-be assailants.

There are many anecdotal examples of ne’er-do-wells losing heart and giving up the fight very quickly when they see that distinctive bright dot on their person. There are few visual cues more effective than that at conveying certain and imminent demise.

Tactical rail-mounted high-output lights serve a similar function but perhaps without the pinpoint accuracy of a laser. Tactical lights are excellent for low-light conditions, help properly identify your target and can have a blinding effect on assailants, as well as disorient them when equipped with a strobe function. Even better, many manufacturers offer both a tactical light and laser in one unit.

This is quite a handy combination in a home defense handgun, but many would also like to have a similar set up in their carry gun as well. This is when holster fit starts to become an issue, and many holster makers have responded by teaming up with laser manufacturers to offer a lot of different carry options for consumers. For example, all of Viridian C Series products (C5L, C5, CTL) and X5L have available TacLoc holsters—all units and holsters are ECR equipped.

But regardless of how you carry your laser equipped handgun the real concern is that in a self-defense situation where quick access may be needed, will you remember to activate your laser? Viridian’s TacLoc holsters feature the Enhanced Combat Readiness (ECR) design. As soon as you draw your gun the light/laser comes on at whatever setting you have selected when you holstered the pistol using an electronic sensor inside the holster to activate the laser unit rather than a mechanical system.

No need to think about it. All you have to do is draw your pistol. In order to set it up properly, first activate your Viridian, select your mode, and to turn it off, just holster it. If the unit is turned off when you holster it will stay off when you draw it, so remember to holster it turned on. This set up makes point shooting much more advantageous and much more accurate. Green lasers are also much more visible even in bright daylight; so bright in fact that the beam is clearly visible. You can set all universal Viridian units for any combination of laser and/or light, constant or strobe/pulse and it will remain in that setting when you draw for instant on.

Point shooting is a style that is geared towards very quickly engaging close targets and is based on using one’s instincts. It is not dissimilar from the skills that shotgun shooters use for hitting fast moving clay birds in trap or skeet. This type of instinctive shooting relies on pointing at the target like you would with your finger, rather than aligning your sights. This target-focused approach is completely different than the front sight focused approach of precision shooters.

The main advantage here is that in a high-stress or life-threatening situation, instinct takes over and any casual training goes right out the window. However, instinct can be changed—by building your muscle memory you can train yourself to react a specific way each and every time you are faced with a specific situation without thinking about it. Sadly, most people just don’t have the time necessary to train themselves sufficiently to develop this level of muscle memory for self-defense.

The two most famous advocates of this technique were William Fairbairn and Rex Applegate. Fairbairn’s experience came from decades as a police trainer in China and later as a British Secret Service operative during World War II specializing in close combat techniques. Applegate was also a World War II veteran and developed his close combat experience with the Office of Strategic Services (OSS), the forerunner to today’s CIA.

By developing natural hand-eye coordination, accurate hits can be accomplished at close range even firing from the hip or at unnatural angles or positions. This can be extremely beneficial during a struggle where you may be trying to maintain control of your gun and using your support hand to keep and attacker at bay—likewise if you are knocked down during a struggle and must engage an assailant quickly from this disadvantaged position.

How effective is point shooting? According to data reported by the FBI in their Law Enforcement Officers Killed and Assaulted study criminals who target police officers achieve a hit ratio of 91 percent. The FBI interviewed criminals involved in police shootings and found that a small but committed percentage of offenders, as many as 15 percent, trained with their firearms on a weekly basis, practicing instinctive shooting techniques.

It is only natural when faced with a threat to focus on that threat—and for good reason. You want to know what the bad guy is doing, or threatening to do. A laser unit on your pistol allows you to do so much more effectively and see exactly where your shots will go.

The holster itself is also solidly built for duty and off-duty use. The Level 2 retention means that the gun cannot be drawn without first activating a mechanical switch or button. Many prefer this type of holster because it better secures the pistol and helps prevent unauthorized access, say during a struggle. In the case of the Viridian TacLoc holster the lock is an easy to access (for the user) push tab right where the trigger finger goes alongside the pistol. Simply grab the pistol grip and press the button to draw. It takes a small amount of practice but it is simple to master and very fast.

The TacLoc holster is available for several different pistol models and comes standard with a belt attachment option and it uses the BlackHawk 3-bolt holster attachment system for added versatility and carry options. For concealed carry, even using a compact pistol as I did, the gun/laser/holster altogether are not particularly compact and a coat or large shirt will be necessary for proper concealment. It is also very important to train with a retention holster ,especially if you are not used to them.

Viridian Green Laser Sights deserves plenty of kudos for developing this new system. It allows the operator to keep the gun secure yet accessible while providing an instant-on laser that requires no extra thought or effort. Plus, the effect on bad guys will be immediate as they see that super bright green laser come into play, fixed upon their center mass. For more information, call 800-990-9390 or visit viridiangreenlaser.com. 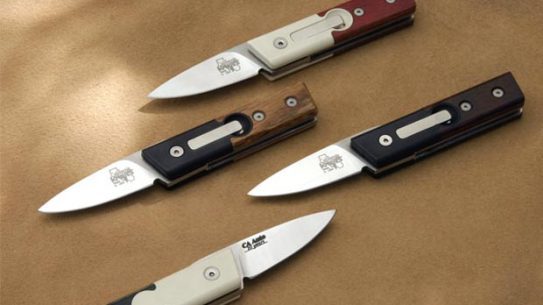 Rail-mounted laser units for pistols are by now fairly commonplace, and with good reason.…