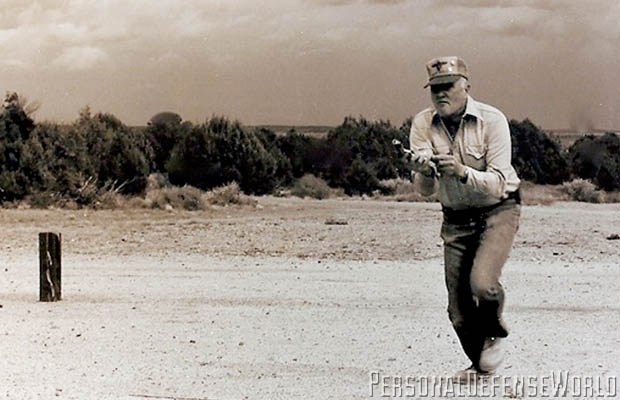 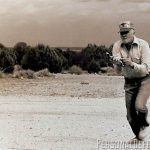 • I guess we will never know what happened in the cabin of United Flight 93 before it went down southeast of Pittsburgh, but we do know that real men are not an extinct species. Let us honor four true heroes—Jeremy Glick, Todd Beamer, Tom Burnett and Mark Bingham—who showed us how to face up to peril. They died, and in doing so they saved the lives of hundreds of others.

• As we read the ads, we notice a proliferation of newly variable cartridge types. We do not need new cartridge types. We have had excellent cartridge types for practically all of the 20th century, and there is nothing that the brand new “.427 Super Hydra Short” will do that a .30-06 (dated 1906) or a 270 (dated 1924) will not do every bit as well. We do not need new cartridges, but we have needed new weapons in which to shoot them, and that need has only been fitfully met. A striking example of this situation is the venerable .45-70 cartridge, which was an excellent innovation back in the 1880s and is well worth revival today, as we see within the excellent Wild West Co-Pilot.

The other striking example is, of course, the Steyr Scout, which has turned out to be such a good idea that it is commercially too far ahead of its time. Delivered in .308 caliber (7.62mm NATO), it will do anything the shooter can do, which in fact dismays the marketer who would like the customer to be dissatisfied with whatever cartridge his current rifle shoots. But the production of toys is a function of sales rather than excellence, so the aim of the salesman is to offer something which is different, rather than better. Of course, salescraft suggests that the new product must be better, and it is up to the customer to solve this issue on his own.

• In proper hands, the Glock serves just as well as the 1911—at conversational distances. And such distances are the rule in defensive combat.

• We have not seen much new in the way of pistolcraft, but we do discover that the attempt to reduce the mass and bulk of a .45-caliber self-loader sometimes introduces functioning problems. This is especially true of shooters who do not put enough strength into their wrists and thus do not provide a stout enough base for reliable cycling. The self-loader must have sufficiently rigid stability to ensure that its cycle has enough to kick against. I have never had trouble with the conventional Commander configuration, but a couple of new offerings are quite a bit smaller and lighter than the Commander. Best check that out before you buy.

• A pistol really does not need a mechanical safety in order to render it safe, because safe gun-handling resides between the ears rather than between the hands. However, those pistols we see nowadays with what is called a safety on the trigger do call for a higher order of intellect on the part of the user. It seems odd to me that I rode all the way through two full-sized wars and a number of “incidents” without encountering a safety problem on the venerable 1911. I knew of two “negligent discharges,” but they both involved rifles.

• Do you know what “shrapnel” is? What it is not is a steel shard resulting from the explosion of a high-explosive shell. Journalists and technical authors today do not seem to realize this. It is not important, I suppose, but there is a definite mechanical difference between a shrapnel shell and a high-explosive shell. The former was the invention of a British artillery captain by the name of Shrapnel. It might be described as a sort of giant shotgun cartridge fired out of a cannon in such fashion that when it approaches target it ruptures and discharges a multitude of round, metal balls ranging in size from a bean to a ping pong ball. Its flight is timed by a fuse in the nose which is armed on discharge and ignites a small charge of black powder in the base of the projectile. What then proceeds down into the target is a case full of round metal balls plus the fuse itself, the base cap and case. This arrangement was quite successful against troops in the open and was used extensively throughout World War I. Since the ballistic effect of these round balls was simply that of the velocity of the case at the moment of rupture, it did not serve to penetrate cover, nor could it fire backwards. If you could find a garden wall to get behind, or a stout tree, you were relatively safe from shrapnel.

The high-explosive shell, on the other hand, carries a core which bursts the projectile with great violence, firing nasty hot splinters in all directions. These splinters vary in size from that of a fountain pen up to that of a hunting knife. I met a good many of these things “up close and personal” and I can report that they are unpleasant neighbors—being much too hot to touch. They are not, however, “shrapnel”—they are “shell splinters.”

It is curious how journalists will grab onto a descriptive term simply because of its sound. Anthrax, for instance, is not a particularly deadly germ, but it sounds mean. Likewise, “shrapnel” sounds meaner than “splinter.”

• Shooting Master John Pepper was much taken with the last recorded voice of the counter-attack on Flight 93, which was, of course, “Let’s roll!” John says we should set that up as our battle cry for the duration of the current world war and use it as inspiration whenever we have a chance to carry the sword to the enemy. Okay, John, the word now is “Let’s roll!”

• Today I think of recoil effect in rifles principally as a source of broken telescopes. All powerful rifles kick, and some more than others, but the effect of that kick is physiologically negligible. Any boy who has played football—even touch football—has been socked a great deal harder than any rifle will kick him, and many times more often. Personally, I rather enjoy that punch into the shoulder when I fire a stout gun. It brings on a nice sense of controlled power, which any head shrink can easily explain.

NOTE: The intellectual property of Jeff Cooper is owned by Gunsite Academy and reprinted from Gargantuan Gossip 3 with their permission. Jeff Cooper’s books are available from the ProShop (gunsite.com; 928-636-4565) and jeffcooperbooks.com. 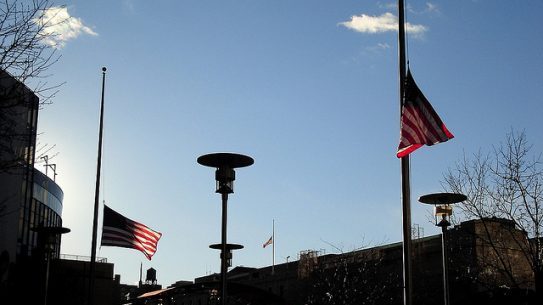