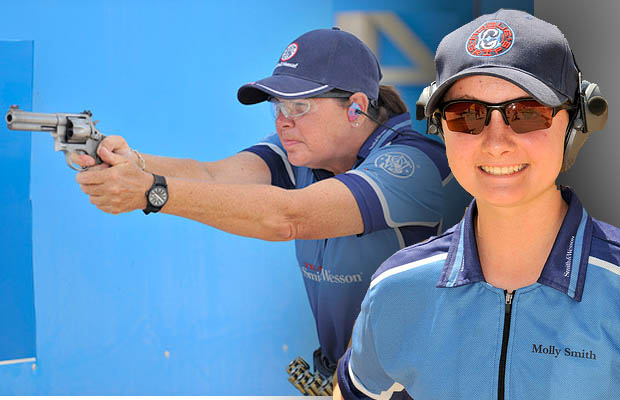 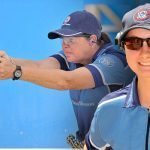 “I am extremely excited that Molly has taken such an active interest to help report on what it takes to make a shooting team successful,” said Golob. “She’s not only a talented shooter, but she’s such a great representative for the shooting sports and for Smith & Wesson.”

Golob added, “While I prepare for a new baby on the way in the spring, Molly will be my eyes and ears at matches. I look forward to working with her on promoting team wins and our amazing cadre of shooters as well as helping her develop team management and leadership skills.”

As Smith’s first assignment, the junior shooter caught up with Annette Aysen to talk about her most recent USPSA Women’s Revolver National title, competing with friends, and how she manages such a hectic schedule.

Smith: The USPSA Revolver Nationals just came to a close. Congratulations on yet another Women’s Revolver National Title. How many USPSA titles do you now hold? Are they all with your Smith & Wesson revolver or with other firearms?

Aysen: Thank you so much. I now have 5 USPSA titles all with my revolver.

Smith: Can you tell us about your gear, your revolver and the equipment you use?

Aysen: In USPSA I am using a Smith and Wesson .45 ACP, Model 625-5″. My belt and holster are both CR Speed. My moon clips are retained on my belt with the 7 post Speed-E-Rack. My husband, Elliot, actually makes these and having moon clips set up this way makes for quick and smooth reloads on the clock.

Smith: Can you describe the stages of the USPSA Revolver Nationals and what was the best part of the match for you?

Aysen: For the most part I thought that the stages were very enjoyable but also demanding at the same time. I have to say the best part of the match for me was competing with my husband and my revolver shooting friends. It’s something I look forward to every year at the USPSA Nationals.

Smith: Was there a particularly difficult stage? If so, how did you overcome that difficulty to succeed?

Aysen: There were a couple of stages that I think were particularly difficult for a revolver shooter. The most challenging would have to be the stage with both weak and strong hand shooting. I had to really focus on those sights. Like so many other shooters, I had misses on that one, and it was definitely tough.

Smith: Annette, you are such a great role model for women and young girls, especially in the shooting world. You maintain composure, show proper manners, sweetness, and still take titles home. How did you get started shooting a revolver? Competitively? Who do you view as a role model?

Aysen: You’re too kind, Molly. I started shooting with my husband when we were first married so I could spend more time with him. When we met he owned a couple of revolvers and that was my first introduction to shooting handguns. Our shooting together became a weekend habit. I can’t really say that I have a single role model. There are so many talented shooters that I look up to who have helped me throughout the years. They have believed in me and many have become close friends and my shooting sports family. It’s a long list!

Smith: Between reloading, traveling, practicing, and looking after your husband, Elliot, and being away from your grand-daughter, how do you stay motivated and focused during matches as well as compete at such a high level?

Aysen: It is a lot of work but I do love it. At the same time I feel guilty every time I leave the house for a trip and not being there should my family need me. But when I am on the range, shooting and spending time with the other shooters, everything seems to fall in place. I love to shoot!

Smith: Although shooting competitions are generally viewed as an individual sport rather than a team sport, I know that as a member of Team Smith & Wesson there are friendship and mentorship benefits that we receive. Can you describe what those benefits have been for you, especially with your husband, Elliot, and Jerry and Kay Miculek as your teammates?

Aysen: It is hard to explain what being a member of Team Smith & Wesson along with my husband and good friends Kay and Jerry Miculek means to me. I consider it an honor and it is beyond anything I could have dreamt.

Smith: One of the best things about having these collaborated skills is to share them with others. A really good way to do this is through classes. Can you tell me about the Smith & Wesson ladies camps founded by fellow teammate Kay Miculek?

Aysen: I am very proud to say I am one of the instructors of the Ladies’ Camps, of which Smith & Wesson is a major sponsor. To be able to contribute what I know and have learned through shooting is very satisfying. I particularly enjoy showing students how to improve their skills with the revolver.

Smith: When I meet new or prospective women shooters, a common theme tends to be nervousness in the male-dominated environment. How do the camps help to create a safe, fun, and learning environment for women?

Aysen: First, the ladies who participate in the camps feel they can be themselves in an all female environment. Add to that, the instructors are very patient and observant. We pay close attention to each student’s needs and concerns when learning to handle a firearm for the first time. It’s also important to pay attention to those who excel quickly or have more experience to advance them to a higher level with more advanced skills.

Smith: You’re famous as the most decorated lady-revolver shooter of all time. But to anyone that knows you on a personal level, you’re a superstar in a different way – by being an amazing woman and a loving friend! So, what’s up next for you?

Aysen: You are too kind with the praises. Next up I am setting my sights on attending the IPSC World Shoot in 2014, which will be held here in the United States. I have never attended a World Shoot so you could say it’s on my bucket list for matches. It is very difficult to get a slot and it will be a sell out event. We’ll see what happens and I am hoping for the best. Until then, I plan to continue to shoot and work on improving my skills with my revolvers. Thank you, Molly 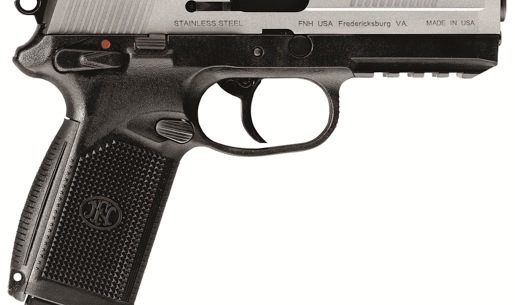