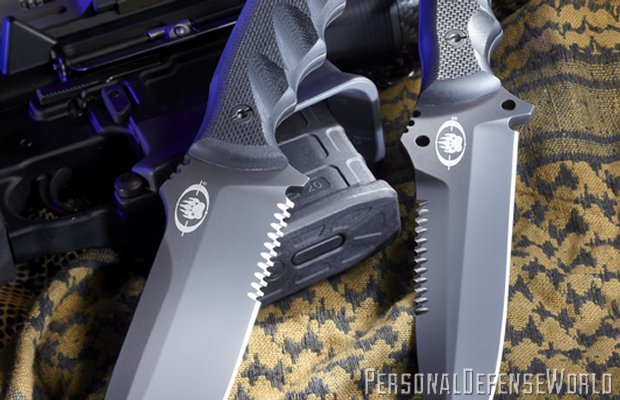 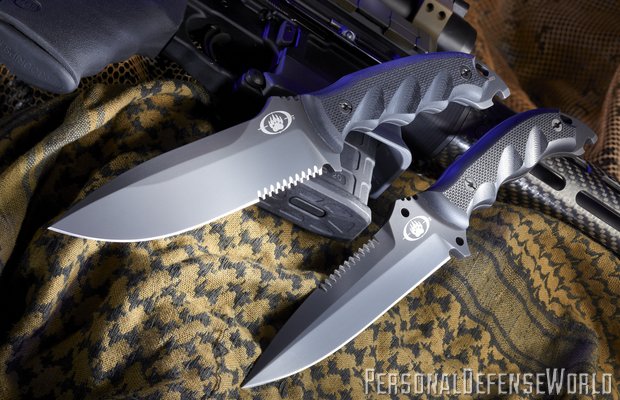 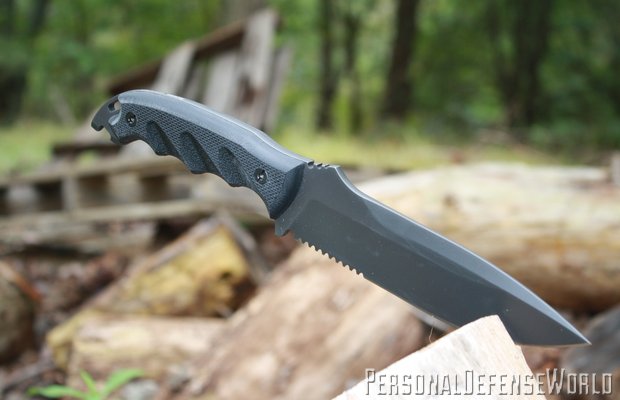 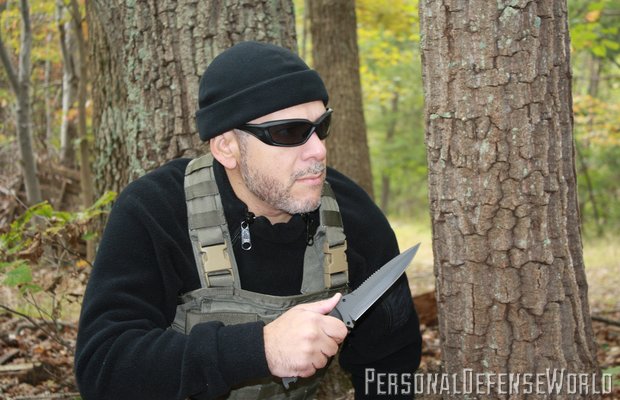 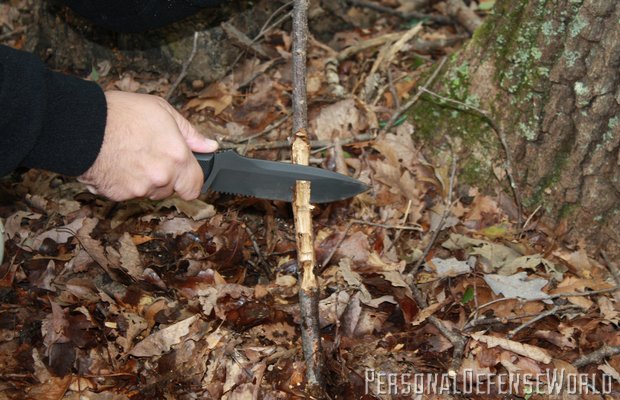 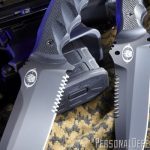 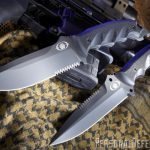 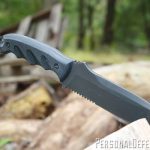 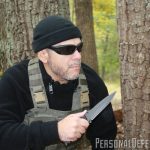 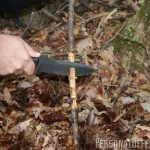 I doubt that most people would consider a rock or a heavy stick to be a tool. However, once men started breaking rocks so they had edges and sharpening sticks into points, we entered tool and weapon territory. Since then, sharp and pointy technology has advanced significantly to the great benefit of us all.

Two new knives in particular stand out for those more interested in the weapon part than the tool part. DPx Gear has teamed up with Blackwater USA to produce a pair of serious fighting blades—the Ursa and the Grizzly. DPx is the brainchild of Robert Young Pelton, a 30-year veteran of various conflict zones and wilderness environments, and while I would not ask him to plan my next vacation, he does know survival. As an adventure journalist, Pelton is the author of The World’s Most Dangerous Places (Harper Collins) and has accompanied rebel forces and special operations troops from Afghanistan to Chechnya, including a four-week stint with Blackwater in Iraq. The blades Pelton and DPx design are meant for serious business. Accordingly, they are built tough and have been used in conflict zones around the globe by operators who expect only the best. Blackwater of course is a familiar name, and is world renowned for their specialized training and security work overseas. The original Blackwater has changed its name, but the new Blackwater USA serves as an outlet for high-quality gear in the tradition of its progenitor.

Each of these two knives has its own set of distinct features, making them ideally suited for a variety of scenarios and conditions. The Blackwater Grizzly 6 has a 1.5-inch wide, 6-inch long drop-point blade and is specifically designed for SERE (Survival, Evasion, Resistance and Escape) duty. This knife has in fact been selected for use by the U.S. Naval Special Warfare cadre. The knife itself is manufactured by Lionsteel in Maniago, Italy, using Niolox tool steel from Witten, Germany. This steel contains niobium, which improves the strength by giving it the properties and edge retention of high-carbon steel but with improved corrosion resistance. The steel is tempered to 59 HRC providing a hard and tough blade that will hold and edge despite rough use. The steel blade is then coated with Titanium CarboNitride (TiCN) in a matte black finish using Particle Vapor Deposition (PVD). The PVD process consists of applying a thin film of a vaporized material via vacuum evaporation and condensation. TiCN adds an extremely tough layer of hardness to the metal with increased lubricity and low-friction for improved corrosion resistance.

For more on this pick up the May 2013 issue of Tactical Knives! 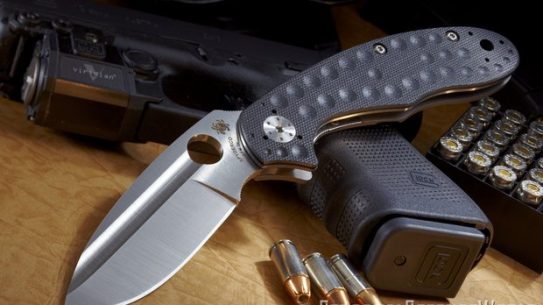