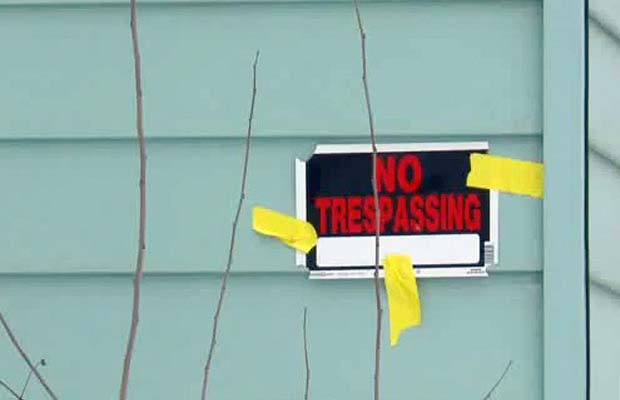 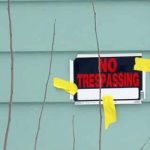 A ‘no trespassing’ sign is posted on the green duplex on Cleveland’s east side where a homeowner shot an intruder breaking in Monday morning, police said.

The man shot the intruder in the face and arm as he was kicking in the door, police said. The intruder is expected to survive — this time.

This is the same Portage Ave. home where the same person shot and killed another intruder a few weeks ago, police said.

“It’s weird that it happened twice, but it happens, you know,” neighbor Luis Coples said.
The first time the homeowner shot an intruder was on November 21.

In November, Cleveland police said David Fletcher, 43, who has a history of committing burglaries, kicked in the back door and was trying to kick in another door when the homeowner, who was sleeping on the couch, awoke and shot Fletcher, who died. 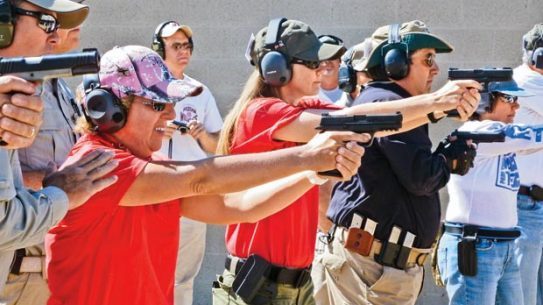