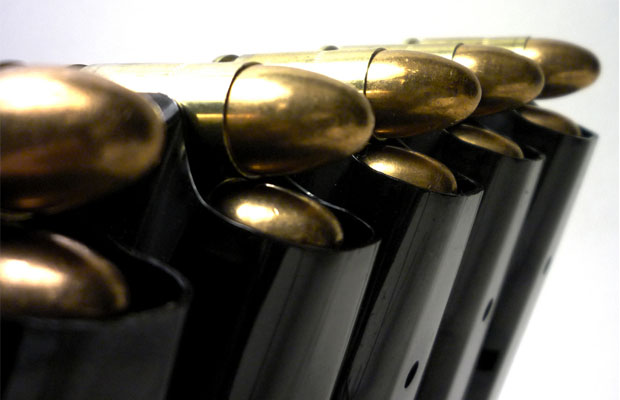 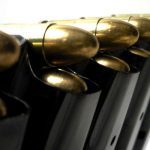 The term “assault weapon” is often used as an anti-gun expression, which lumps many hunting and sporting firearms together for the purpose of an over-arching agenda. The term’s use should always be corrected on the spot. Similarly, “high-capacity magazines” should be replaced with “service magazines,” as both the police and military use them. Since the Second Amendment specifically mentions a “well regulated militia,” I believe it is reasonable to say it protects the right to possess these “service magazines.”

Knowing that their position is unsupported by the Constitution, the law, crime statistics and public opinion, anti-gun activists want us to be drawn into an argument of “need versus don’t need.” Don’t fall for this, as the issue is not based on needs but on rights, as clearly stated in both the Constitution and the Bill of Rights with words that are clear and concise. The right to keep and bear arms has been repeatedly vindicated and upheld by the U.S. Supreme Court.

The anti-gun activists desperately want to make this issue a negotiation. However, I don’t have to bargain, swap or trade to retain a right, nor do I have to justify a “need” to keep my firearms. I don’t have to bargain with the anti-gun people to keep my firearms, because of the actions of a single lunatic. The Constitution specifically gives Americans the right to own firearms, and last I looked the vast majority of Americans are very supportive of firearms ownership.

We cannot allow the free exercise of a right to be compromised and dragged into a haggling match. One concession will just open the door for another (and another…) until we are left with an unarmed citizenry. The following account clearly provides us with incontrovertible proof that gun ownership makes America better and safer, with one less victim and with one more violent ex-criminal getting kinetic feedback that crime does not pay.

The personal, true story we will share with you is one of incredible bravery, highlighting why legal limitations on a particular weapon’s ammunition capacity can place the user in danger in a self-defense situation. The story sufficiently shows our need for the ability to arm ourselves with the best weapons available, to protect our lives and those of our loved ones.

Let’s just use one occurrence to address the dream shared by Dear Ruler and liberals of eliminating these high-capacity magazines in rifles and handguns.

To show the absurdity of this idea, let’s just go back to Loganville, Georgia 11 days ago. Melinda Herman was at home with her two children in this suburban neighborhood. Her husband was at work. Suddenly someone was ringing her doorbell. She was expecting nobody. The doorbell ringing turned into banging on the door. She called her husband. He told her to retreat to a crawlspace off an upstairs bedroom with the 9-year-old twins … and to take her gun … and he called 911.

The banging on the door was a predator – a thug with a lengthy criminal record. He kicked in the door and entered the house. At that point, according to the police, he immediately noticed that someone was at home. The theory is that the predator saw a kid running up the stairs to the safety of his mommy.

Now think about this. At this point the predator knew that someone was home, a child, and that the child’s mother was surely there as well. Was this man dangerous? Oh hell yes he was. If he had not presented a threat to this woman and her children he would have turned and ran as soon as he noticed the house he had broken into was occupied – by children. But he didn’t leave. He didn’t run. He started slamming around the house looking for this woman and her children. Why? To apologize for breaking in? To ask for a drink? Was he going to ask if he could sit a spell and watch Oprah? No. Nuh uh. The ONLY reason he would be looking for the occupants of the house would be to harm them. You have another reason — let me know. He could have run. He didn’t. 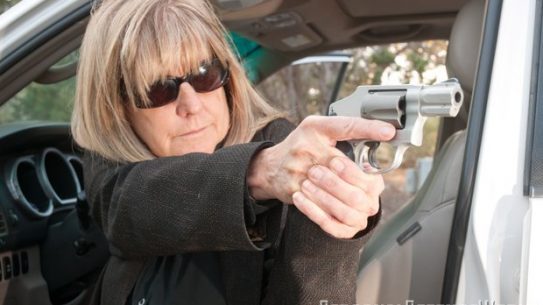 The term “assault weapon” is often used as an anti-gun expression, which lumps many…