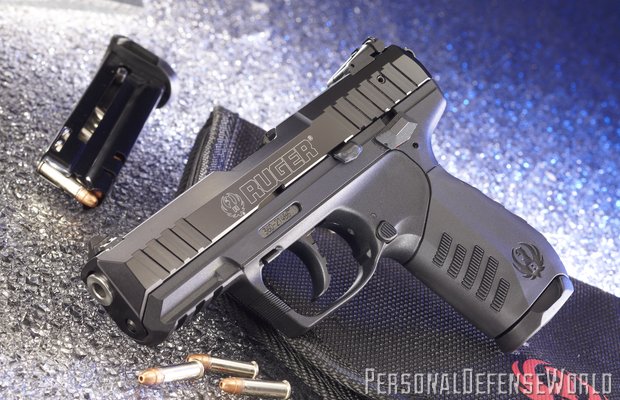 1 of 9
CH_Ruger_SR_22 0193_phatchfinal
Ruger’s compact SR22 is a truly appealing package—it has excellent ergonomics and is chambered in a caliber you can actually afford to shoot. 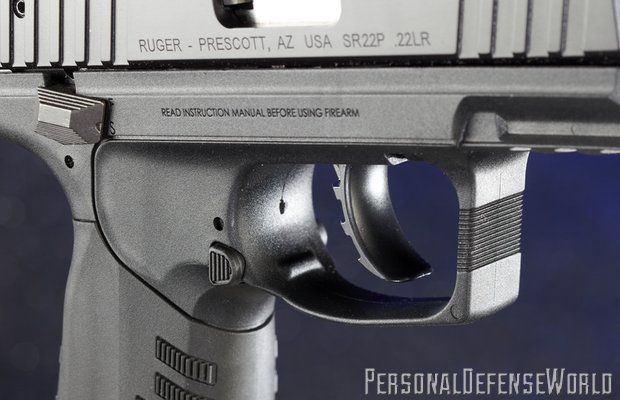 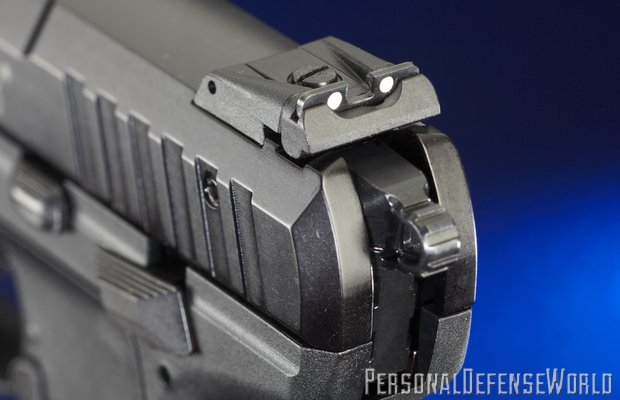 3 of 9
REAR_phatchfinal
The white-dot rear sight works well and is easy to adjust, and the SR22’s hammer is exposed for single- or double-action shooting. 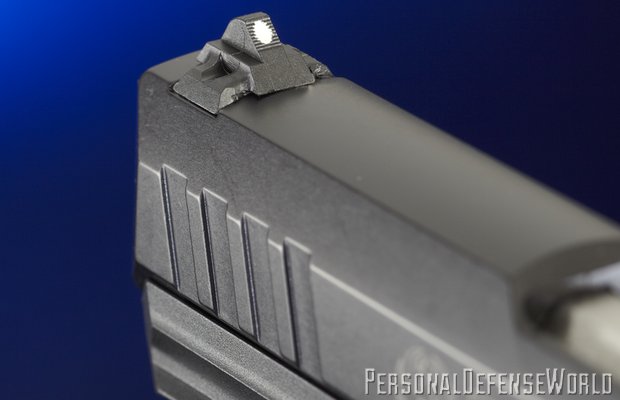 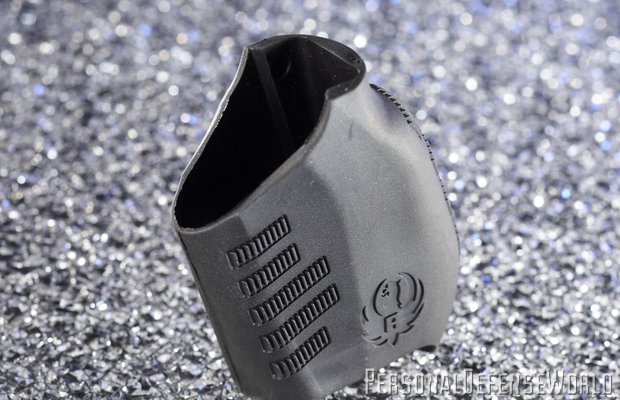 5 of 9
GRIP PANEL_phatchfinal
So shooters can find the best possible fit with the pistol, Ruger ships the SR22 with two textured grip sleeves that are easy to install without tools. 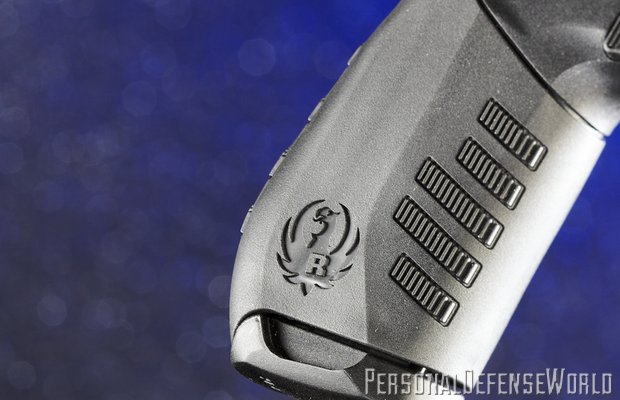 6 of 9
GRIP 2_phatchfinal
The 10-round magazine extends past the bottom of the grip sleeve to provide users with a finger rest for greater control and faster follow-up shots. 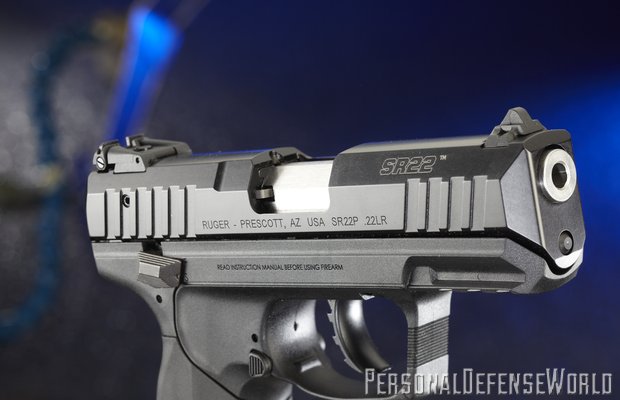 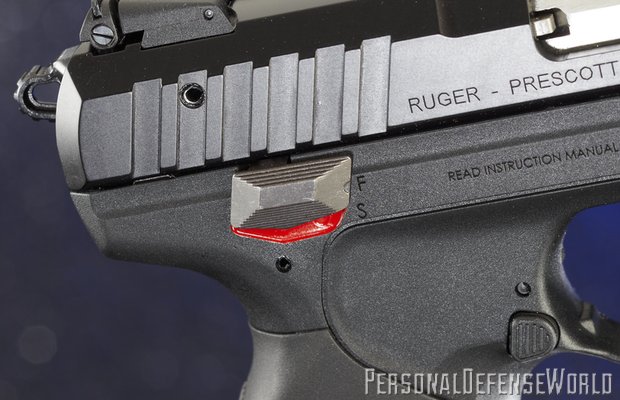 8 of 9
SAFETY_phatchfinal
The ambidextrous thumb safety also functions as a decocker. In the safe position, it disconnects the trigger from cocking the hammer or firing the gun. 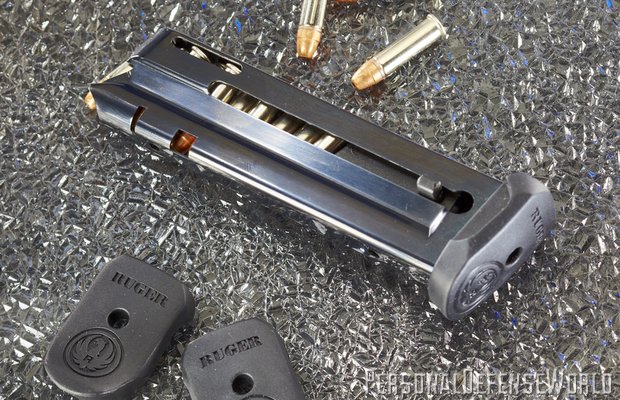 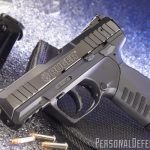 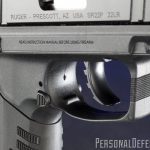 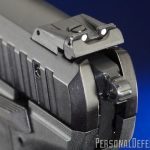 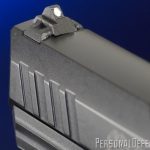 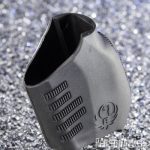 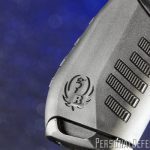 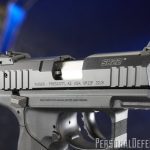 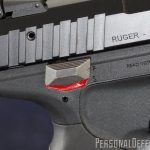 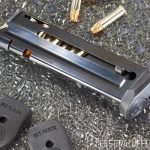 Back in 2007, the radical-for-Ruger SR9 marked a milestone for the company that had deliberately chosen for many years not to participate in the concealed carry marketplace, aside from offering the SP101 short-barreled, double-action snubbies in .38 Special and .357 Magnum calibers. Initial entries into the centerfire pistol arena with the P-Series, beginning in 1985, were relatively large and bulky guns better suited to duty and open-carry belt use than concealment. The slightly smaller and more refined-looking P93 and P94 designs in the early 1990s took the envelope down a notch but were still thick in their top portions—they just weren’t quite “there” yet.

The SR9, however, was substantially more svelte, and very much “there” as far as a trim, high-capacity 9mm concealed carry pistol goes. And, go it did—so much so that the SR40 inevitably followed, along with compact versions of both pistols. Ruger is now aggressively chasing the CCW crowd, and it offers several models and configurations for those looking at a new, downsized handgun for defensive applications. This includes the latest in the SR series—the SR22.

First off, I would never recommend the .22 rimfire round as a first choice in defensive artillery. One-shot stops are almost as rare as hens with teeth, and the round isn’t widely regarded as much of a manstopper. But there are three mitigating factors that can work in its favor: a wide range of bullet and velocity choices in the oldest and most highly developed metallic-cartridge caliber on the planet, infinitely more affordable practice rounds than with centerfire calibers, and such mild recoil levels that even those with a low tolerance to it can typically handle the guns chambered for any .22 Long Rifle round. 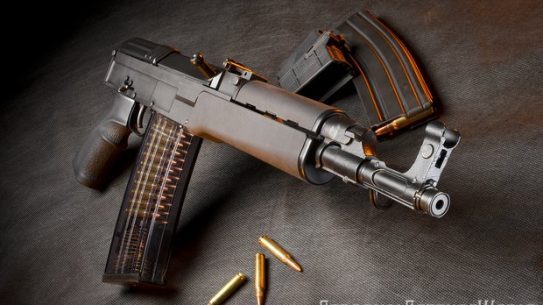 Back in 2007, the radical-for-Ruger SR9 marked a milestone for the company that had…