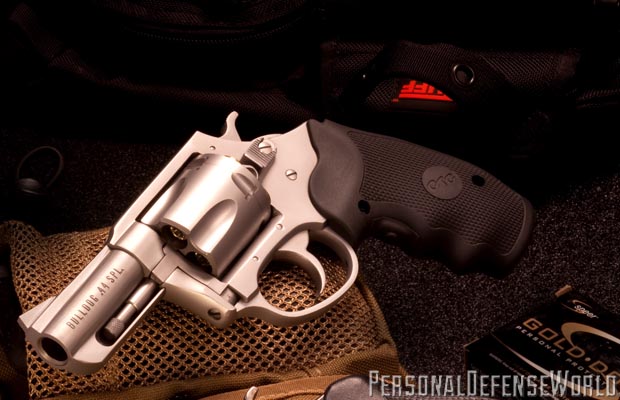 1 of 4
CharterArmsCrimsonBUlldog
The stainless .44 Special Bulldog features Crimson Trace Lasergrips, a five-shot cylinder and shrouded 2.5-inch barrel. At 21 ounces, it is a powerful, pocket-filling carry piece. 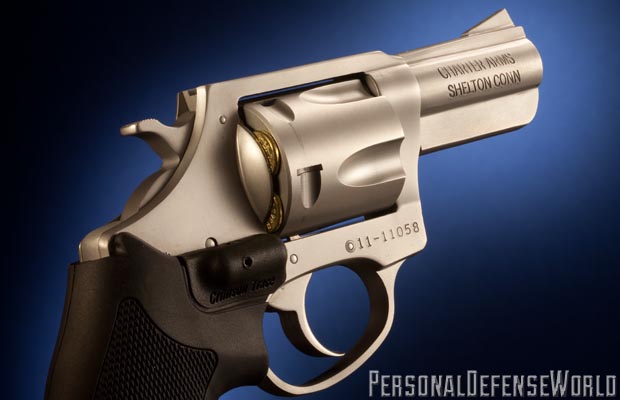 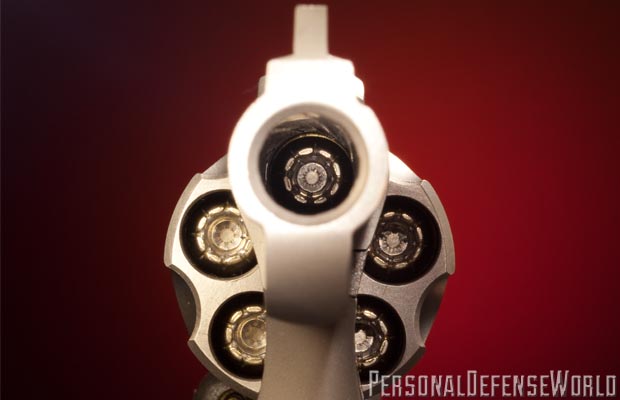 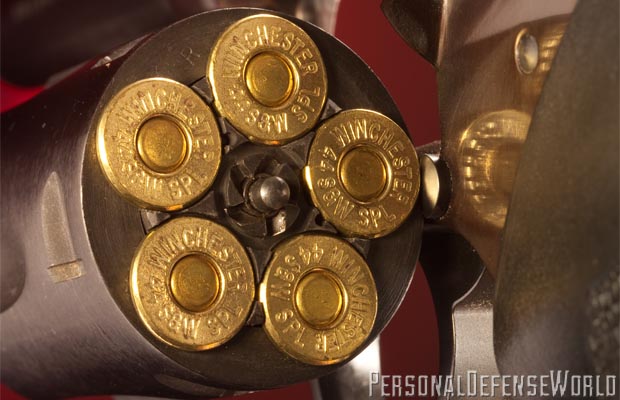 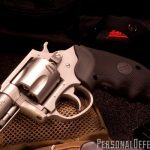 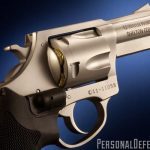 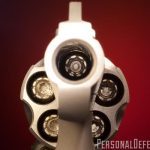 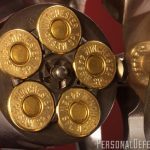 Los Angeles, 1983 — the two men had been watching the young woman lawyer for days. They knew which car on the street was hers, and they waited until she was fast asleep to remove the glass from the living room windows and enter her apartment. They quickly and quietly removed everything that was worth anything, including the television, and using the keys in her purse they opened her car and loaded their swag into it. But then they didn’t just leave. They moved to the bedroom door and opened it.

The lady lawyer woke in time to see the two strange men standing silently in the threshold of her bedroom, and screamed as loud as she could. Her neighbors responded to her with 2x4s and knives, and the assailants fled.

It was only when the two men were arrested a few days later by police that the potential horror of the situation was revealed. These two were not just thieves. They were serial rapists, with dozens of prior victims in the city. The young lawyer was shaken to the core. If her neighbors hadn’t responded, she might have shared the fate of those other women.

The next day, on the recommendation of her co-workers in the Courthouse, she bought a dog, and her first revolver: a Charter Arms Bulldog revolver chambered for the .44 S&W Special cartridge.

The Bulldog had been around since 1973, and was a favorite of Court employees. Designed to be carried a lot and shot a little, that revolver was a perfect example of a circa 1983 Bulldog. With a blue finish on the steel 3-inch barrel and five shot cylinder, the exposed ejector rod and case hardened hammer, the “Bulldog .44” was lightweight and easy to carry.

Shooting it was an entirely different matter. At 20 ounces empty, this dog loved to bark, and the muzzle flash and kick were considerable with heavy factory .44 Special loads. I doubt our female Attorney would even know that by the time she bought hers, over half a million Bulldogs were already in the hands of citizens who needed to defend themselves. Somewhere in the middle of the Bulldog’s history, quality control slipped at the factory, and the venerable big bore carry gun found its reputation floundering. New owners put it back on track, and the 21st century Charter Arms revolvers are better than ever.

By 2012, revolver design had advanced since those 1970’s models, and those changes have found their way into the. As it approaches its 40th anniversary, the Charter Arms Bulldog still holds the same five rounds of .44 Special as its predecessor, but that’s where the similarities end.

The current Bulldog comes in ten variations, from the standard blue model at around $400 to the top of the line Crimson Bulldog we tested here. The stainless, eight-groove barrel is now cut back to 2.5 inches long, but features an integral shroud to protect the ejector rod, and keep it from snagging when drawn from a pocket or handbag. The all American-made solid stainless steel framed revolver weighs in at 21 ounces empty, and comes with Crimson Trace Lasergrips activated by a button on the frontstrap.

With the Bulldog and a new Crimson Model in hand, we set out to see how the new Charter guns compared to the original. With a supply of factory .44 Special ammunition, we headed to a private shooting facility.

I recruited young male and female shooters unfamiliar with the Bulldog and firearms in general. Many Bulldog owners count the .44 as their only handgun, so I felt it important to see how novice gun owners would handle the powerful carry gun.

The 1980’s and current Bulldog have fixed rear sights. On the original model, and aluminum sight was brazed onto the barrel. The newest bulldog features a stainless barrel with an integral front sight. The rear sight on both guns is a fixed groove in the frame’s topstrap. With a fixed sight revolver such as these, the owner must find the ammunition that shoots to point of aim. Charter does offer the stainless .44 Bulldog with longer 4- and 5-inch barrel models and adjustable sights, but that sort of goes against the original idea of the Bulldog as a big bore carry/defense gun.

Bulldogs have a reputation for preferring lighter weight bullets, so along with the MagTech 240-grain lead “Cowboy” loads recommended by the folks at Charter, I secured some of Speer’s 200-grain Gold Dot hollow points and brought along some “werewolf killer” Winchester Silvertips in the same weight.

Firing single-action from a rest, it was easy to keep five rounds in a fist-sized group on paper targets at 25 feet. The heavier MagTech ammunition gave 3.33-inch groups, and the 200-grain loads tightened up on that slightly, but that is not how the Bulldog will be employed in self-defense scenarios. Moving to steel silhouettes at “apartment bedroom distances” we ran the shooters through double action only drills. Both Bulldogs had short, smooth double-action trigger travel, but this is where the laser equipped Crimson Trace Bulldog really shone.

While the shooters were only able to keep the original 1980’s Bulldog into torso sized rapid fire groups, the Crimson Trace Lasergrips allowed them to produce groups nearly as tight as the bench groups. The Laser was bright and easy to see even in broad daylight, and makes the Bulldog a truly modern self or home defense gun. The original iron sights only Bulldog soon found itself sitting on the loading table as the laser gun ran barricade and combat drills.

While the self-defense weapon debate will always rage between light, fast bullets and large heavy loadings, on thing is clear: For four decades the Charter Arms Bulldog has given the shooter the option of five .44 caliber rounds in a package no heavier or larger than most .38 revolvers. For house and apartment dwellers, MagSafe Ammuniton’s pre-fragmented ammunition, designed for home defense situations where penetration of the walls could threaten family members, is available in a 92-grain +P “Defender” load designed to exceed 1,600 feet per second (fps) in the short Bulldog, with 680 foot pounds of energy and decreased recoil.

With high-quality defense loads like the Magsafe, and high performance hollow points like the Speer or Winchester loads, the Charter Arms Bulldog is a dog you can trust at your side when the bad guys are at the bedroom door. 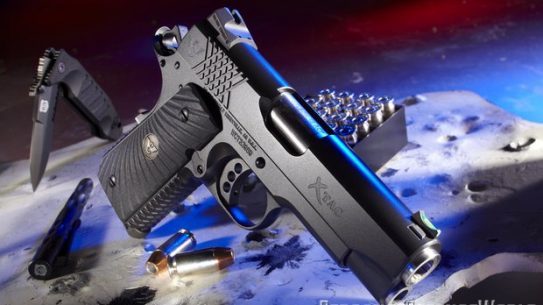 Coming from a long line of quality 1911s, the 4-inch barreled X-Tac Compact is...