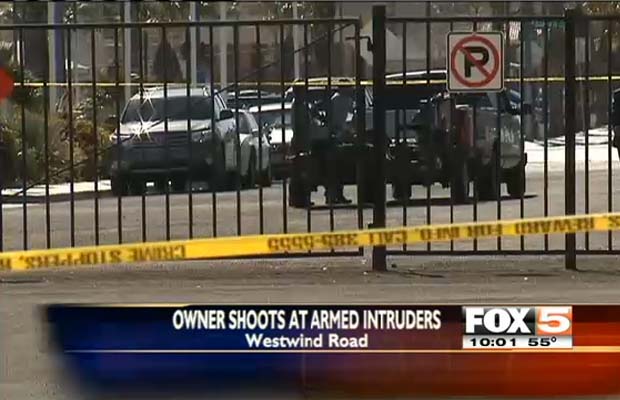 Las Vegas Metro police reported the incident in the 2300 block of Westwind Road, near Jones Boulevard and W. Sahara Avenue, about 7:48 a.m. Monday.

According to police, the homeowner, a recent victim of burglary, called 911 about several men forcing their way into his home.

The resident retreated to a bedroom where he retrieved a handgun, police said.

The homeowner fired at least one round at the suspects, prompting them to flee, according to Metro.

Police said one of the suspects, who was identified as a Latino male, was found with a gunshot wound and died at the scene.

“When police officers cleared the victim’s backyard, they found a third individual deceased in the backyard from an apparent gunshot wound,” Metro Officer Bill Cassell said. 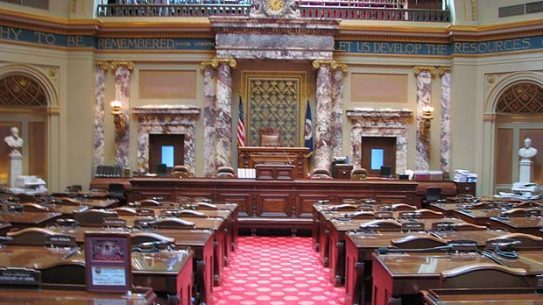 Las Vegas Metro police reported the incident in the 2300 block of Westwind Road,…