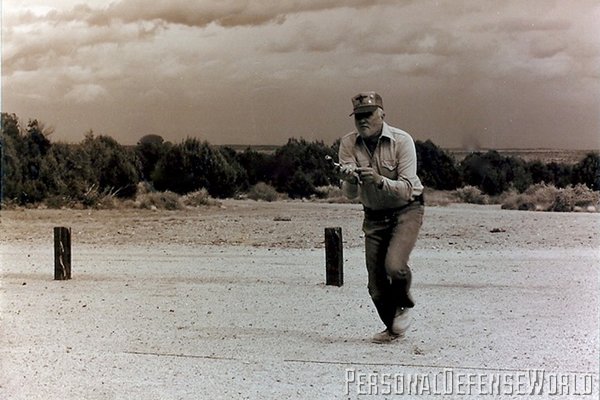 1 of 2
Jeff Cooper on the move_phatchfinal 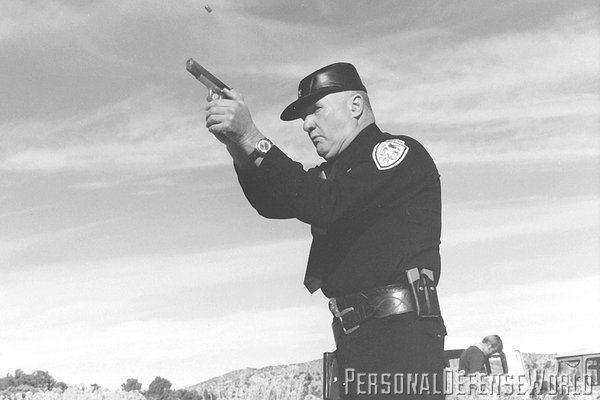 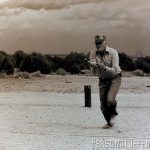 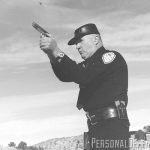 People who presume to teach us about such things suggest that we change our ready ammunition every six months. I guess this is a good policy, but I do not regard it as a flat rule. The shelf life of high-quality small arms ammunition is almost indefinite. On the other hand, shooting up your ready stock at least every six months will provide you with more time on the range; and that, of course, is a good thing in itself.

-Let us bear in mind that a good trigger is not necessarily a light trigger. Crispness, which is the lack of apparent trigger motion on striker release, is the essential element of a good trigger. Personally, I like them light, but crisp is more important than light. There are those who maintain that a light trigger is somehow unsafe, and so it is in the hands of a klutz, but any firearm is unsafe in the hands of a klutz.

-Competition with small arms should be above all else relevant. That is, it should relate to the purpose for which the instrument was designed. As a youth, I studied the fencing foil seriously. Also the saber and epee, but I was frustrated by the fact that these efforts, while vigorous and artistic, were never really designed to accomplish anything. A touch with the point of a foil does not settle anybody’s hash nor solve any argument.

Likewise, when we pose a shooting problem which does not represent the basic utility of the firearm, it loses its attraction for both competitor and spectator. Naturally, we cannot make shooting contests truly realistic, since we cannot make them lethal, but that does not mean that we should not try to make each contest as close to reality as possible. The rules should be “If that could not happen on the street or in the field, it has no place in the contest.”

-For those who wish to fiddle around with their sidearm, we suggest that one of your first operations should be that of “dehorning,” which is the process of rounding all external sharp edges from the instrument. Those prismatic edges so long prized by reputable machinists wear out hands, clothing, holsters and furniture. Every outward edge of your pistol should be smooth and round. Appropriate examples will occur to you.

-Now that most reputable U.S. citizens may become “permit holders” if they so choose, we must now become publicized as “the good guys.” This may not be possible in the megalopolis, but the process is already underway in the rest of the country.

-It has long been our dogma that stopping power is an essential element of the defensive triad, and this remains as true as ever. However, the purpose of defensive combat is to stop one’s adversary, and a .22 rimfire hit in the tear duct will stop any fight of which we have knowledge. Thus we do not push the .22 pistol as a defensive sidearm, but we do insist that perfect placement with the .22 is decisive. There is a place for the miniature .22 pistol, as long as it is well crafted and easy to use. It appears that most defensive confrontations are terminated solely by the display of a firearm. This cannot be proven, but the mass of street experience suggests that it is true. Nobody wants to get shot with any sort of pistol, which brings us around to the first principle of gun fighting, which is “Have a gun!”

-As the British philosopher once put it, there is hardly any product in the world that someone cannot make a little worse and sell for a little less, and he who makes price his only concern is the natural prey of this man.

Note: The intellectual property of Jeff Cooper is owned by Gunsite Academy and reprinted from Gargantuan Gossip 3 with their permission. Jeff Cooper’s books are available from the ProShop (928-636-4565; gunsite.com) and jeffcooperbooks.com. 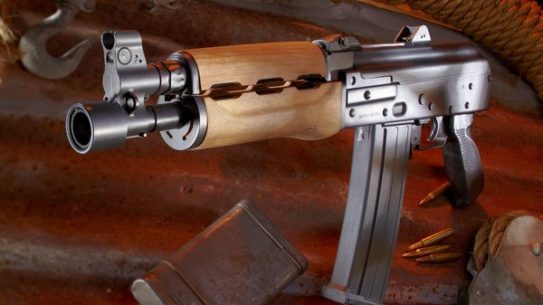