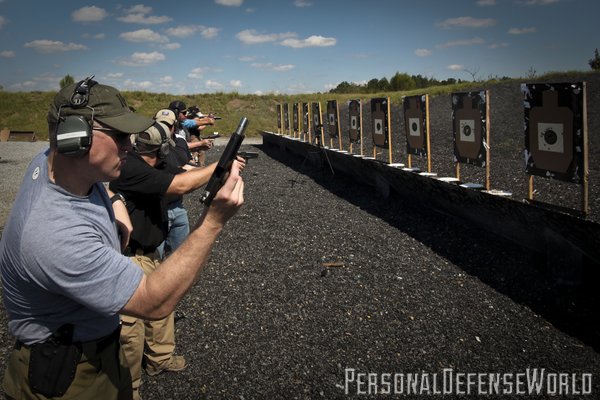 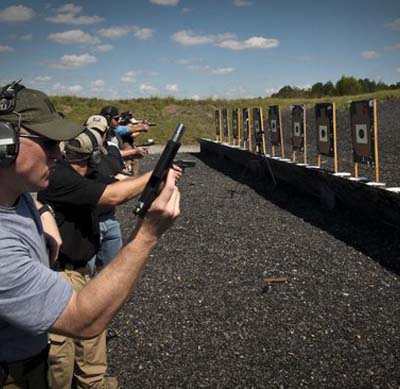 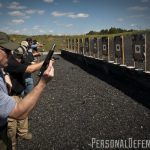 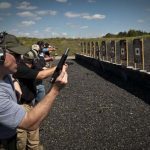 Law enforcement agencies rigidly document their training and require regular updates of both deadly force law and the actual hands-on shooting tests known as “qualifications.” Why? Because the agencies are sued (often unmeritoriously) in a huge percentage of their shooting incidents and must therefore constantly build their defense.

Some fear that their training will be used against them in court, that the other side will argue that the defendants were so obsessed with the idea of blowing someone away in a gunfight that they went out of their way to learn how to become more efficient killers. While such an accusation might indeed arise, it is easily dealt with. On the other hand, the inability to show that the defendant did the right thing, as he or she was trained to do, seems much more likely to result in an adverse verdict in court.

Consider Case One, where a hiker was violently attacked by a madman in a remote region. As the man lunged at him, as if to take his gun, the hiker shot and killed him with his 1911 pistol. An anti-gun district attorney charged the hiker in the fatal shooting. The defendant was an articulate man who, I believe, would have given a very convincing explanation of his righteous actions on the witness stand. However, his lawyer advised him to not take the stand. He took that advice and wound up convicted of manslaughter and sent to prison.

After his conviction was successfully appealed and he was released, I spoke with the defendant. He told me the reason his lawyer insisted that he not take the stand was that it would have come out in cross-examination that he was a firearms enthusiast who had trained at Gunsite. The lawyer, the defendant told me, said the other side would use this to make him look like Rambo. In my opinion, it was this false belief that kept the defendant’s story from being told, resulting in a wrongful conviction.

My 40 years of experience in firearms training, and 30 years as an expert witness for the courts, tell me that the defense lawyer’s instincts failed him in that case. Working in the training industry myself, I am absolutely certain that, had the defendant in Case One called upon Gunsite, current owner Buz Mills or one of his senior staff would absolutely have spoken for his graduate in court. The jury would have learned that the defendant had been taught how quickly he might have been killed if he hadn’t fired when he did. They would have learned that he did as he was trained, which was the right thing to do in those circumstances.

It is possible for your instructor to speak as both a material witness and as an expert witness. In Case Two, one of my civilian graduates was charged with manslaughter after killing a knife-wielder in self-defense. I was put on the stand first as a material witness to testify as to the training I had given him. From that perspective, I was able to tell the jury that I had trained him in how deadly knife wounds could be, how quickly a man with a knife could kill him if not immediately stopped, and more. Then, I was qualified as an expert witness to speak to some elements of the investigation and the reconstruction of the incident, and how what was learned in the latter supported the defense’s account of what happened. The defendant was acquitted for the shooting.

The more training you have, the more effectively your attorney can convince the jury that you did the right thing. In Case Three, a violent suspect who had another cop’s handcuffs on one of his hands swung the open, loose cuff at the defendant officer’s face. The officer punched the assailant in the head, rendering him unconscious. When they found him unresponsive, the officers called for paramedics. The lawman’s fist had fractured the suspect’s skull, causing brain damage. The officer was criminally charged with aggravated assault.
The defense lawyer brought in a department trainer, another instructor who taught at state level, and me, a person who could speak on training nationwide. We were able to show that the cop had followed local policy and met both state and national standards. The officer was found not guilty on all counts and returned to an already stellar career with his police department.

Not every instructor will stand up for you. In Case Four, an officer operating his service pistol, exactly the way he was taught by a major school he had attended out of his own pocket, experienced an unintentional discharge that severely injured the person he was struggling with at the time. The cop was criminally charged with felony aggravated assault. When his defense lawyers approached the famous shooting school he had attended, hoping for material or expert testimony, they were told, “It’s our policy not to get involved in that sort of thing.” The school left the officer in the lurch. Fortunately, the defense brought in another instructor to speak for the policeman as an expert witness, and the jury acquitted him of all charges. Before you hand your hard-earned money over to an instructor, ask if he or she will be available to speak for you if you do as the instructor taught you.

Also, consider the curriculum. You do realize that what you were taught to do is discoverable evidence, which opposing counsel can subpoena to use against you, right? In Case Five, an armed citizen shot two of three people who violently attacked him and his family. He was charged, and the prosecutor accessed his “school records.” Some of that school’s handout materials said, “Always cheat, always win.” Shooters and martial artists know that this simply means a person battling for his life against a murderer will have no referee in the ring and can’t fight by Marquis of Queensbury rules, but the prosecution tried to twist that to make it sound as if the graduate of that course would cheat and lie if it was in his interest. Another comment from the handouts was, “Treat everyone politely, but always have a plan to kill them.” Do you want the jurors who judge you to be told, “This defendant seems to have accepted this credo. If he smiled at you, does that mean he has a plan to kill you, too?” It took two trials to win freedom for that defendant.

Use of Deadly Force

Colonel Robert Hunt of the Massachu-setts State Police was famous for saying that minimal standards equal minimal performance. Lisa Steele, an appellate attorney who specializes in self-defense cases that ended up with unjust verdicts, had this to say in Champion, the journal of the National Association of Criminal Defense Lawyers: “Ideally, the client will also have some formal training in the use of deadly force, which will allow the client’s teacher to testify about the client’s training in order to show that the client’s actions were subjectively reasonable.”
The trained, simply put, are more defensible than the untrained. But it’s important to choose the training wisely and to find out beforehand if the trainers will be there for you, to credibly speak to your training and competence, if you ever have to do what they taught you to do. 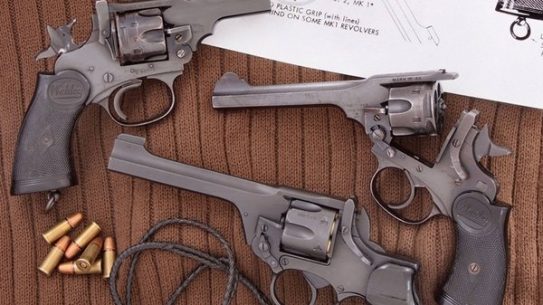