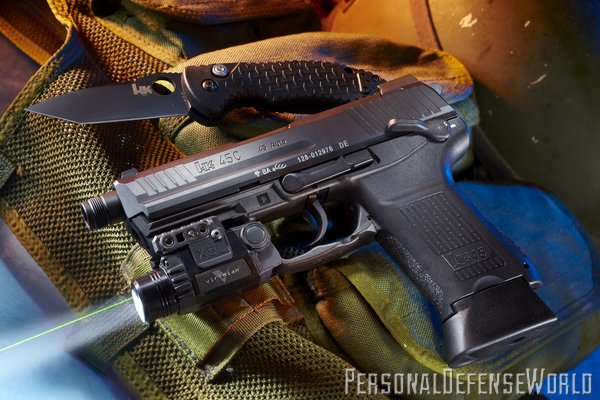 1 of 5
SWMP_HK45C_2012 0806_phatchfinal
The HK45 Compact Tactical—the smaller version of the HK45, a trusted sidearm used by many special operations groups—is a powerful .45 built to endure. The V1 version (shown) is a double-action/single-action model with its control lever (safety and decocker) on the left side. Shown equipped with a Viridian X5L laser. 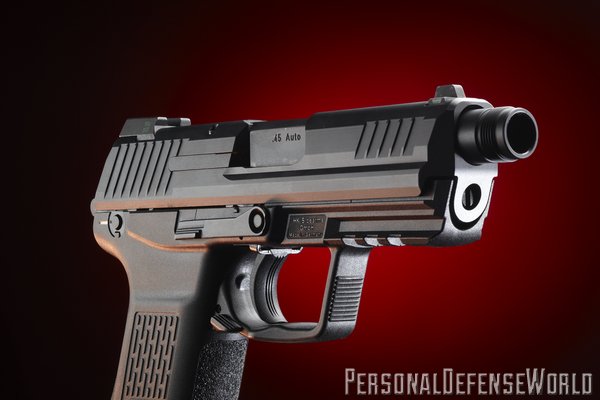 2 of 5
RIGHT SIDE_phatchfinal
The HK45 CT’s Picatinny rail allows you to mount a tactical laser or light. The pistol also features an ambidextrous slide release lever and an oversized triggerguard. 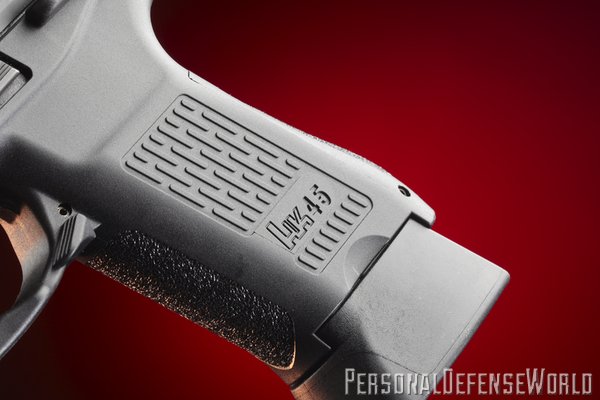 3 of 5
GRIP_phatchfinal
The extended 10-round magazine features an angled baseplate that can serve as a finger rest, giving operators more control. 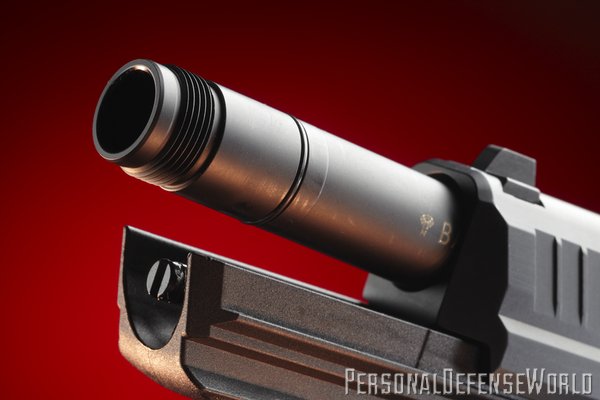 4 of 5
THREADED BARREL_phatchfinal
The barrel is threaded for suppressor use. Also note the O-ring, which secures the barrel within the slide for better accuracy. 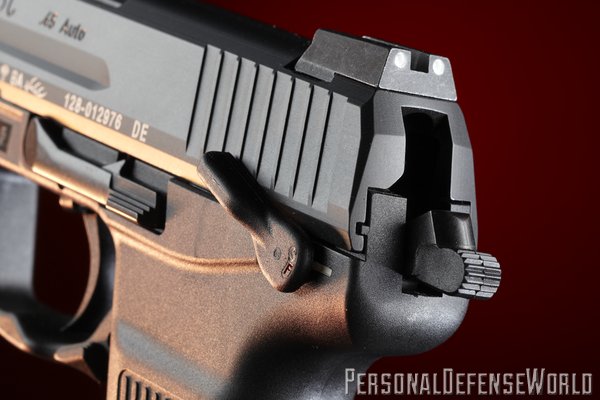 5 of 5
REAR_phatchfinal
The pistol’s controls are easy to reach and manipulate. 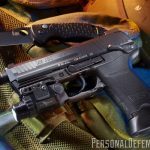 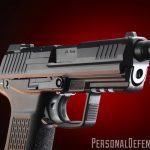 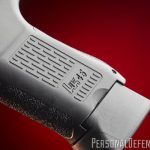 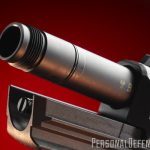 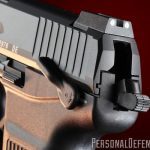 We always come back to the same conclusion: John Moses Browning, Colt and the U.S. military had it right in 1911. There is no substitute for the blunt stopping power of a .45 ACP round. Yes, our military deferred to the lighter recoil, higher capacity and inherent accuracy of the 9mm back in 1985. But the .45 ACP never left the military arsenal. It has remained a staple of U.S. Special Forces, special operations and other military and government agencies—including the U.S. Naval Special Warfare Command—which currently utilize the new HK45 from Heckler & Koch.

There are 10 variants of HK45. The HK45 Compact Tactical (CT) is a new version that has evolved from the original HK series developed during the U.S. military’s Joint Combat Pistol (JCP) program in 2005. The JCP was established to develop advanced .45 ACP semi-autos to meet specific military requirements and ultimately replace the 9mm Beretta M9. In 2006, a decision was made to retain the M9 as the government’s standard-issue sidearm, but most of the new .45s developed for the JCP found their way into production, with versions of the HK45 also being adopted by various U.S. military and law enforcement organizations.

There are three variants of the HK45 CT. I was able to test the V1, which is a double-action/single-action (DA/SA) model with the control lever (safety and decocker) on the left side. The V2 model places the control lever on the right, though the lever can be switched on a V1 for left-handed operators. The HK45 CT is also available as the V3, where the control lever is only a decocker. The pistol can also be converted to a variety of other trigger firing modes, including HK’s enhanced double-action-only LEM (Law Enforcement Modification) series. http://www.hk-usa.com

For the complete article please refer to Combat Handguns June 2013. 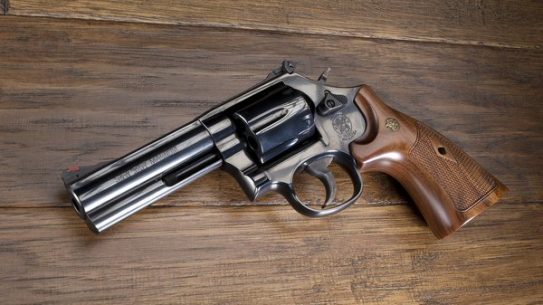 We always come back to the same conclusion: John Moses Browning, Colt and the…