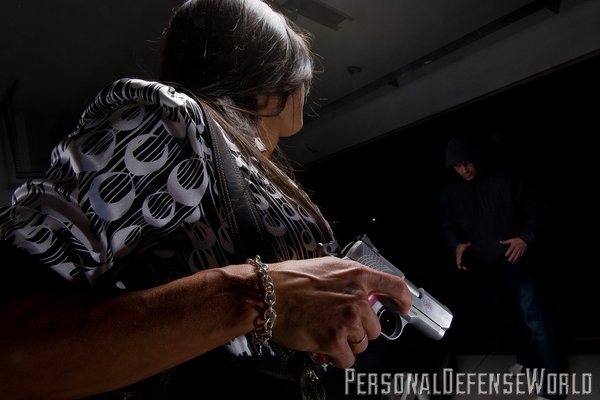 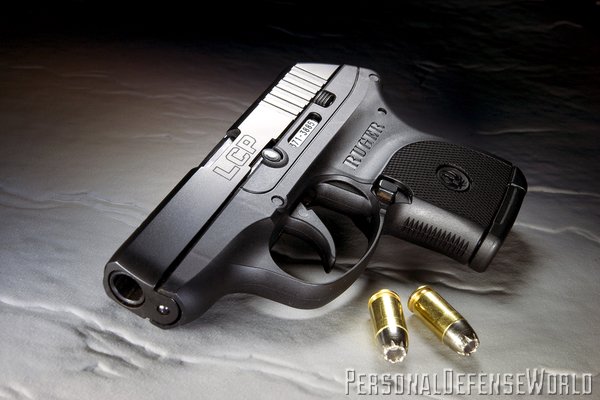 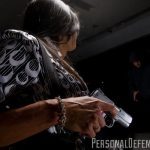 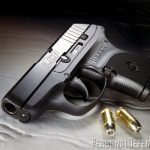 Counted among my most prized possessions are several guns that were owned, carried and used by the late Colonel Rex Applegate. A legendary figure in the area of close combat, Applegate was the instructor of the OSS (Office of Strategic Services, predecessor of the CIA) and the MITC (Military Intelligence Training Center) in World War II. He was also an outspoken proponent of point shooting and a lifelong student of combat pistolcraft.

In addition to their historical status, the Colonel’s carry guns are significant in that they are all, by nature, compact and optimized for easy concealment. In fact, I know that Applegate regularly carried two of the three in his pockets rather than in a belt holster. Why would one of the legendary figures of combat shooting carry pocket pistols instead of full-sized service handguns? Because he knew that, when trouble starts, the best defensive handgun is the one you actually have with you, and the more convenient a gun is to carry, the more likely you will carry it regularly. That makes the current breed of pocket pistols and high-performance defensive ammo an excellent self-defense solution—provided you choose your equipment well, carry wisely and structure your training accordingly. To lay the groundwork for that process, here are a few key pocket-pistol concepts.

Pick a Pocket, Or Not

Whether you truly intend to carry a handgun in your pocket or plan on carrying in some other way, your first action should be to take a hard look at the way you dress. Look at the details of the clothing (especially the pants) you typ-ically wear, what they have in common and what they don’t. Pay particular attention to the size and location of pockets, the cut of the pocket openings, the weight of the material and the tightness of the fit. Don’t forget to include your dress pants, shorts and any other types of clothing you want to continue to wear while armed.

During this process, you should also take inventory of the things you already carry in your pockets and where you put them to determine if you can actually incorporate a handgun into the mix. If your style of pants isn’t consistent enough or your pants pockets are already chock full of other stuff, you might consider pocket carry in an overgarment like a jacket or vest. Then ask yourself if you are actually willing to wear that garment all the time, regardless of the weather. Look at the structure of the jacket and make sure that it and its pockets are up to the task of carrying the weight of a handgun. Also, make sure that jacket (or that style of jacket, if you choose to buy several) is consistent with all your modes of dress and is low profile enough so as not to attract undue attention.

If, after your wardrobe review, pocket carry still seems viable, it’s time to start balancing convenience and firepower. Diminutive pocket pistols like tiny derringers are definitely guns, but they do not lend themselves well to realistic defensive shooting tactics. To understand this point, imagine you’re suddenly attacked at close range by an assailant with a knife, a tire iron or some other lethal weapon.

You defend yourself with unarmed skills and manage to create a momentary opportunity to draw your gun and turn the tables in your favor. If the gun you choose is so small that you can’t quickly draw, aim and fire with one hand while under stress, it’s too small. Odds are that if it falls into that category, it’s also not launching projectiles that can stop a determined threat.

If you’re going to carry a gun, carry something that can help you win. It must be large enough to index, grip and draw reliably and be chambered for a cartridge that will have a telling effect on an attacker. At the same time, the gun shouldn’t be too powerful for you to shoot accurately.

In addition to finding a gun of an appropriate size and caliber, you should also look for one that is devoid of sharp edges or points that could snag during a draw or make the weapon uncomfortable to carry in a pocket. Since we are all built differently, a gun that works well for one person may not suit another, even when carried in the same basic position.

Snagging during the draw can also result from the combined dynamic of your hand and the gun. Although the gun itself may fit your pocket well, once you wrap your hand around it the combined package may be too large to clear the pocket. Although there are tricks like placing your thumb on top of the frame to narrow the shape of your hand, you still need to choose your gun carefully.

Once you have the basics of your pocket carry strategy worked out, start putting them into context to develop realistic tactics. Your first order of business should be to focus on the basic mechanics of shooting the gun. Get familiar with the grip, trigger pull, recoil and shot-to-shot recovery of your gun, so you are thoroughly comfortable with the act of shooting it. Then take a hard look at your ability to shoot it accurately and determine your practical effective range with it. Don’t worry about headshots at 25 yards—be realistic.

Once you’ve determined the range at which you can hit with multiple, rapid, center-mass shots, start tuning your tactics to work effectively within those limitations. If you chose a minor-caliber gun, consider the limitations of the cartridge’s stopping power and continue to refine your tactics around it. If your caliber choice and shooting skill limit your effective tactics to near-contact-distance headshots, accept that and structure your training accordingly.

With your shooting tactics defined, the next step is to link your carry of the gun with your application of it—your drawstroke. First, concentrate on the mechanics of getting the gun out reliably and consistently. Then, as before, put those skills into context and incorporate movement, a guard with your non-dominant hand and other unarmed defensive skills that will earn you the opportunity to draw your gun.

Have a Backup Plan

The final phase of your basic pocket-pistol strategy should be a sound backup plan. If the rounds in your magazine or cylinder didn’t solve your problem, what do you do? The traditional gun solution is to reload and continue shooting. To do that, you need to sort out the mechanics of carrying extra ammo and reloading your gun under stress—both of which are more difficult with smaller guns. If reloading isn’t practical, consider using your gun as an impact weapon or carrying a backup weapon like a knife.

Whatever you decide, incorporate that decision into your tactics and training as well. Pocket pistols can be extremely potent defensive weapons, but only if powered by sound tactics, skills and logic. 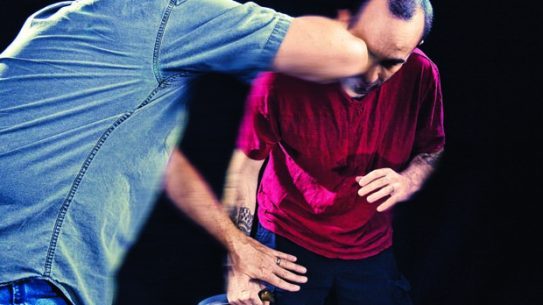 Intruder stabbed by homeowner, caught by police at hospital

Counted among my most prized possessions are several guns that were owned, carried and…