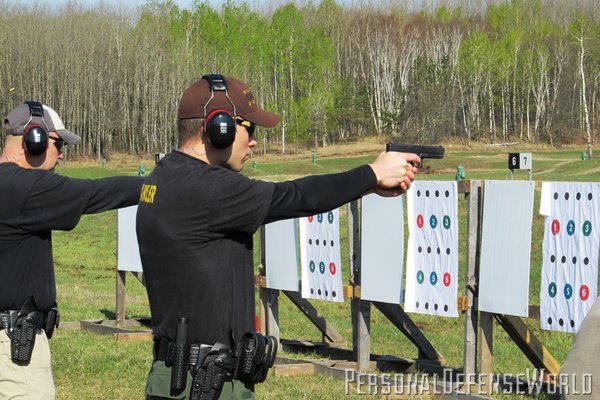 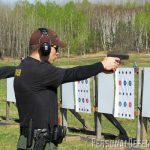 Smoking across the choppy surface of the J. Percy Priest Reservoir at 50 knots on a blistering June day with two Tennessee Wildlife Resources Agency (TWRA) officers, I realized I might have picked the wrong path in my law enforcement career a generation ago. In 1992, I chose to work for a sheriff’s office and pursue investigative work, but I realized as we went briefly airborne over the wake of a large pleasure craft that this wildlife law enforcement stuff was pretty cool.

The fact that the TWRA adopted GLOCK pistols in 1992 was an added irony and the reason I was riding along with these young but seasoned officers.

If a human generation is roughly 20 years, that means I’m an elder in the law enforcement field and that TWRA officers have ridden many miles with GLOCKS in their holsters.

The agency began its GLOCK generation with .40-caliber G22 pistols, but they recently transitioned to GLOCK 31 Gen4 .357s. One of my ridealong hosts, TWRA Officer Jonathan Lee, was particularly happy with the change for personal reasons. “Even before we changed to .357s, my backup gun was a compact G32. I’m very pleased about the ammo commonality,” the Iraq war veteran said.

Lee and his partner, Officer Matt Brian, are currently assigned to Rutherford County, Tenn. They were among many other officers on the water and in the field with us that day. They were not only serious lawmen, but also dedicated outdoor enthusiasts. They were all knowledgeable about hunting, fishing, gear, the land, and personal and issued firearms.

At times, I have been assigned to fairly dangerous duties in my LE career. I’ve always been told to assume anyone I contact may be armed and ready to do harm. For wildlife officers, it’s a given that encountering an unarmed subject in the field would be a rare exception. Twelve-gauge shotguns and deer rifles are quite a bit more lethal than the handguns more frequently encountered by traditional LE officers.

Couple that with the fact that wildlife officers are usually working alone, in relatively remote areas, and you’ve got an extra-high-risk environment. At least 73 of the names on the Officer Down Memorial Page are wildlife officers.

From a local perspective, I live in a county that’s about 620 square miles, with about 300,000 residents, and is served by a sheriff’s office and four municipal agencies. Our agency has 225 sworn LE officers. Our largest municipal police force has about 250, and the other three local agencies have perhaps another 150 combined.

The TWRA presence in this county is just Matt Brian and Jonathan Lee. Our county is out of the norm by having two TWRA officers—we have a large county, a big lake, and lots of farm and wildlife management areas not congested with people.

While gassing their 19-foot Sea Ray that afternoon, eight-year veteran officer Brian told me his agency has about 125 LE-designated officers for the 95 counties spread nearly 500 miles from North Carolina to Arkansas. Of course, TWRA officers get backup from local agencies as soon as possible, but the very environments in which they operate can make that a lengthy process. It’s the same way nationwide.

The Bureau of Labor Statistics shows that state and local agencies employ fewer than 7,200 people as game wardens, wildlife or natural resources officers in the United States.

I was packing my issued G27 Gen3 on my hip that day on the Priest Reservoir, and Officer Lee, who is about to become an agency firearms instructor, mentioned it was good to have backup along.

Even though they never know what they’ll run into on any given shift, Jonathan and Matt trust their weapons. They rely on their GLOCK 31 Gen4 authorized backup pistols, their issued Remington 870 shotguns and soon-to-be issued semi-auto Colt M16A1s from the LESO program. They also know that their training and proper mindset will keep them safe.

Non-hunting season duties are largely spent enforcing boating regulations, boating under the influence statutes, and ensuring possession of proper licensing while engaged in sport. However, they know to expect the unexpected. The week before I rode with them, Matt and Jonathan were on routine patrol far up the Stones River, which feeds the Priest Reservoir, and spotted what appeared to be an abandoned boat. As they approached the boat and haled for a pilot, they noticed a pair of extra-large pruning shears propped on the bank.

“The guy said he went into the trees to relieve himself,” Jonathan said. “But our suspicions were elevated because pruning shears aren’t normal gear for a fishing trip. When we got into the trees, we found he had a marijuana-growing operation with 32 healthy plants going.” That pot farmer wasn’t packing a gun as many others have, but you never know what lies around the next bend of the river or the trail if you’re out enforcing the game and fish laws of our many states.

Like many wildlife or Department of Natural Resources agencies across North America, the TWRA has chosen to give their officers the most dependable, all-weather and environment-capable handguns available—those from GLOCK.

Jonathan summed it up pretty well: “I know some of our officers might prefer personally to carry a 1911 or some other pistol, but GLOCKs just keep on running and require almost no maintenance.” 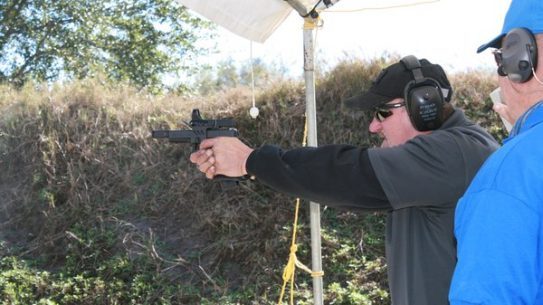 Smoking across the choppy surface of the J. Percy Priest Reservoir at 50 knots…