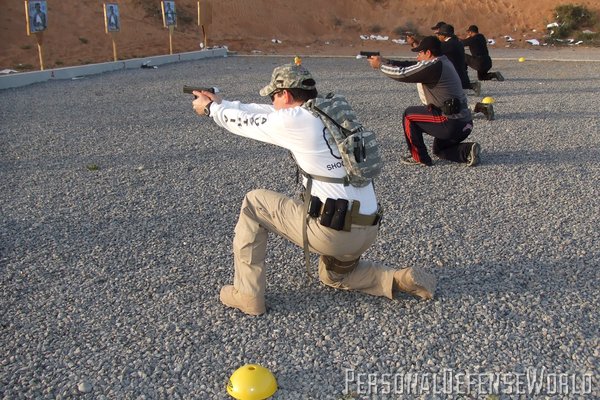 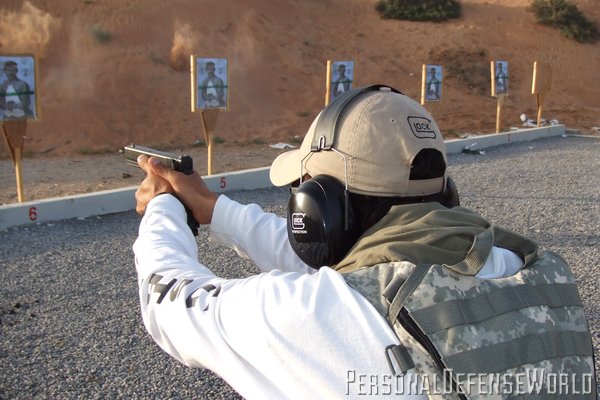 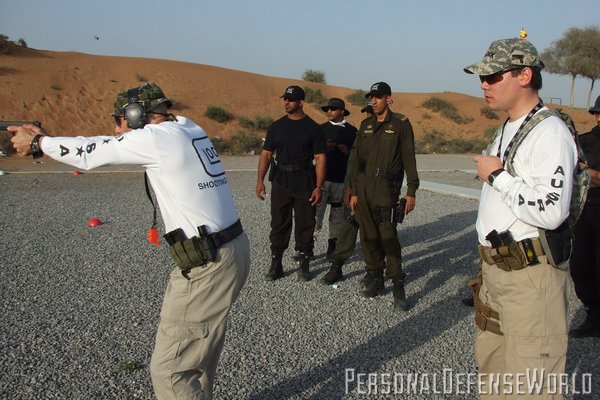 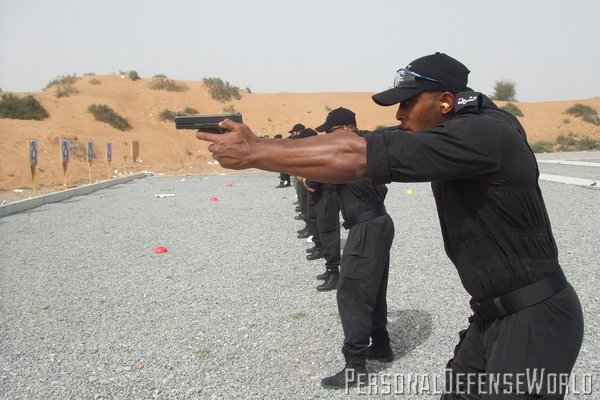 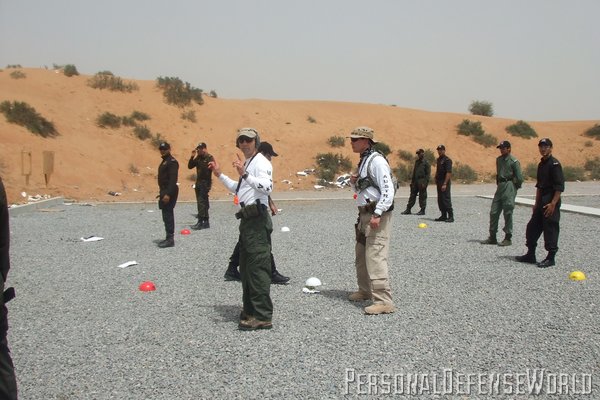 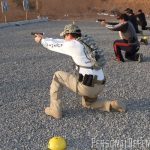 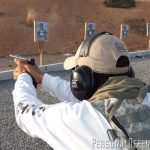 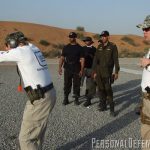 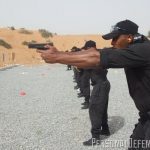 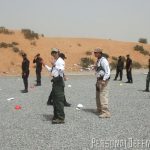 The machine pistol has always been a specialized weapon designed for those who would find carrying a rifle or full-sized submachine gun (SMG) cumbersome, but need more firepower than available with a standard pistol. One of the best-known classic machine pistols was the Mauser M1932 Schnellfeuer (or “Fast Fire”), which was used by specialist troops, such as motorcycle dispatch riders. Various machine pistols were produced during the latter half of the 20th century, but most had the problem of being too large to really function as a pistol and too small to really be as effective as an SMG. Concealment was definitely a problem as many used a holster stock that could be affixed to the machine pistol to allow better control when firing on full-auto. Usually, the stocks did help, but they also made for a holster that was bulky.

An exception to the fault of being too bulky is the GLOCK 18, which is the same size as a GLOCK 17. In fact, it can be carried in a standard GLOCK 17 holster. There are some slight differences between the G17 and G18. The G18’s rails have a slightly different height, and it contains seven altered parts and four additional parts that comprise the select-fire mechanism. At a glance, the only noticeable difference between the G17 and the G18 is the selector switch located on the G18’s slide. Someone unfamiliar with GLOCKs might assume it is a decocker.

The GLOCK 18 was originally developed for Austria’s EKO Cobra (Einsatzkommando Cobra) counterterrorist unit, primarily for use during assaults on hijacked aircraft. Tactically, this makes a lot of sense as it gave Cobra operators a weapon that could be quickly deployed in confined spaces, yet would allow multiple disabling shots on a terrorist quickly. Russia’s FSB Alpha retained Russia’s machine pistol, the Stechkin APS, for the same purpose decades after it had gone out of production.

One reaction that is common among those who see the GLOCK 18 for the first time or read about it is that it must be very difficult to control. Surprisingly, it isn’t. I have not fired the GLOCK 18C, which is compensated to vent gases upward and help counter muzzle climb, so I don’t know how much it aids in control. However, I have fired many rounds through the original GLOCK 18 and have been very impressed with how controllable it is. It seems to me that the polymer frame actually helps absorb recoil when firing bursts. Certainly, I found that if I leaned into the GLOCK 18 and started with an aiming point at the lower midsection at 7 yards, I could readily keep three- or four-round bursts on a humanoid target. I also found the GLOCK trigger fast to “get off of” to end a burst. Given that the G18’s cyclic rate is 1,100 to 1,200 rounds per minute, the ease in controlling it is even more impressive.

While serving with one close-protection unit that was testing Glock 18s, we tried various drills. One that raised the GLOCK 18 in my estimation involved doing an attack on principal (AOP) drill in which two team members engaged the “threats” with the G18s on full-auto while the rest of the team evacuated the principal. Then, as those engaging were breaking contact, we had them reengage “other attackers” at longer distance, for which they switched to semi-auto and engaged. The GLOCK 18’s ability to quickly transition from machine pistol to pistol proved very useful.

Alan Rizzo advised that GLOCK trainers teach their students to carry the G18 set on semi-auto and only switch to full-auto if needed to break an ambush or deal with multiple close-range attackers. Also, since the semi-auto selector position is with the lever up, it is quite a natural motion to thumb it down if full-auto is needed.

In many countries the role that would have formerly been fulfilled by the machine pistol now falls to the personal defense weapon (PDW). However, the GLOCK 18 still offers the option of a compact machine pistol for close-protection teams and others who might need devastating close-range firepower to break an assault. As a result, many countries have a limited number of G18s in their armories. Rizzo informs me that at least some units in the United Arab Emirates use the GLOCK 18 as their sidearm and have been trained in their use by GLOCK instructors.

Because I have trained quite a few close-protection teams over the years which have used machine pistols, I have made it a point to shoot most of them that have been available over the last half century or so. Just to digress, on some teams with which I have had contact, only the VIP drivers were armed with machine pistols. Today, for a unit that has a need for the machine pistol, the GLOCK 18 is the likely choice, and bearing in mind its specialized mission, I think it is a very good choice indeed. 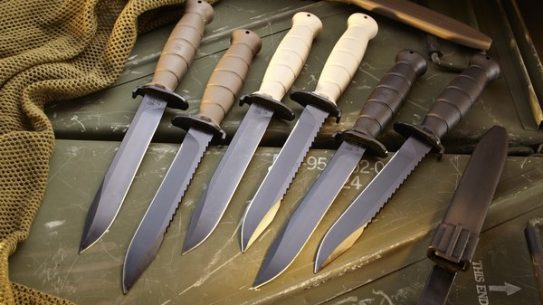