After hearing one of his roommates get shot and another being pistol-whipped during a break-in on Saturday, 44-year-old Selvin Chirino Sr. jumped out of a window in the back of his house, grabbed a 4-foot-long pipe laying in the yard and walked around to the front of the house, he told New Orleans police. When Chirino spotted a man holding a pistol in his home, he rushed up behind the gunman and repeatedly hit him in the head with the pipe until the intruder dropped the weapon and fell to the floor.

Two men and one woman who had accompanied the intruder panicked, fled and apparently remain at large. One of Chirino’s roommates was taken to the hospital with a gunshot wound to the chest, officials say.

The accused, battered attacker — Errol Blouin, 19, — and an alleged accomplice, Christine Molinario, 30, were arrested. According to court records, just before the dramatic incident in eastern New Orleans, there were allegations that one of Chirino’s roommates had short-changed Molinario, who told cops she is a prostitute. 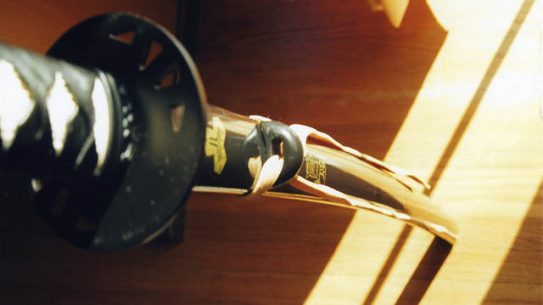