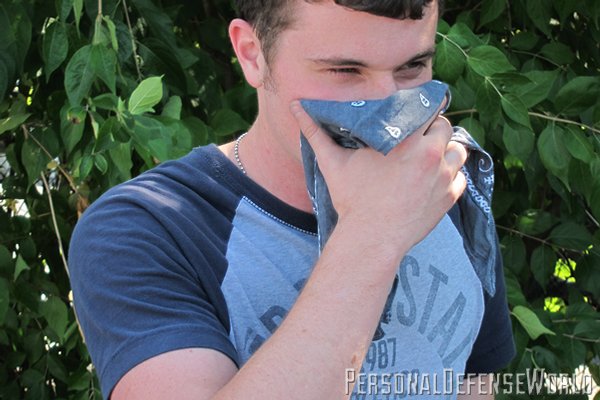 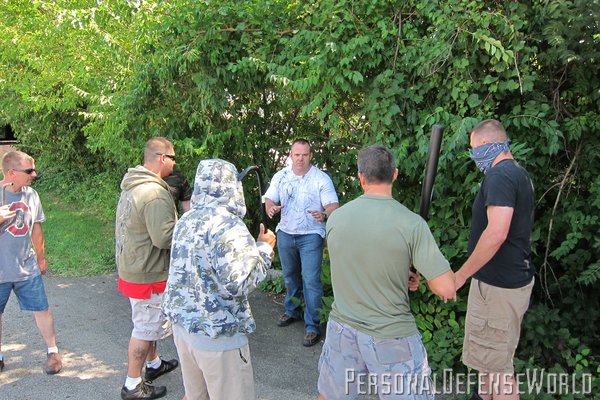 2 of 10
Cornered by the Mob_phatchfinal 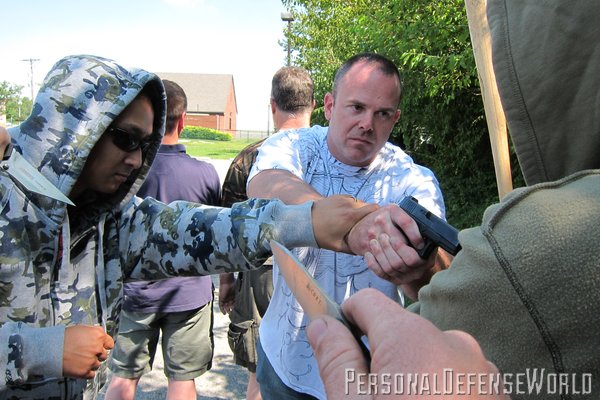 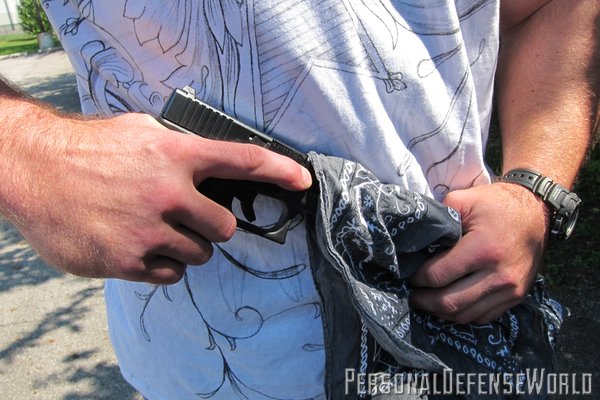 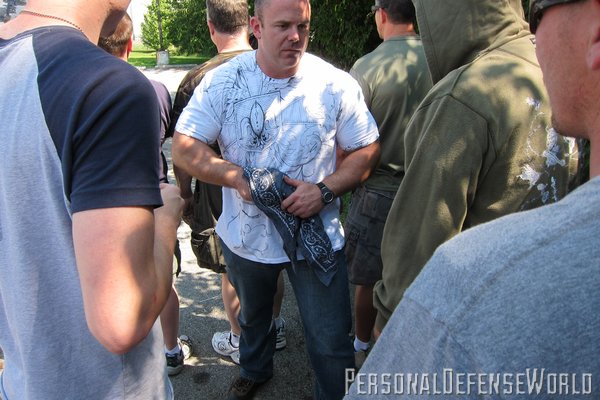 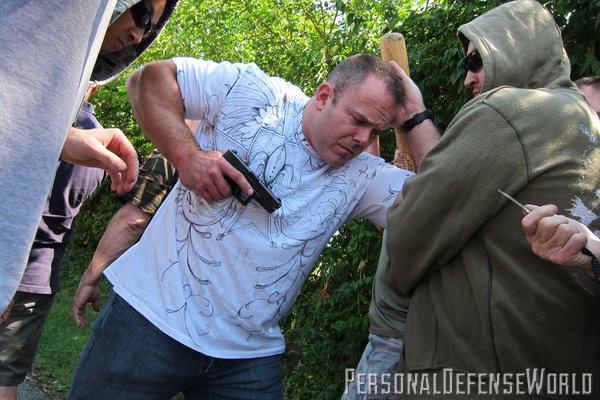 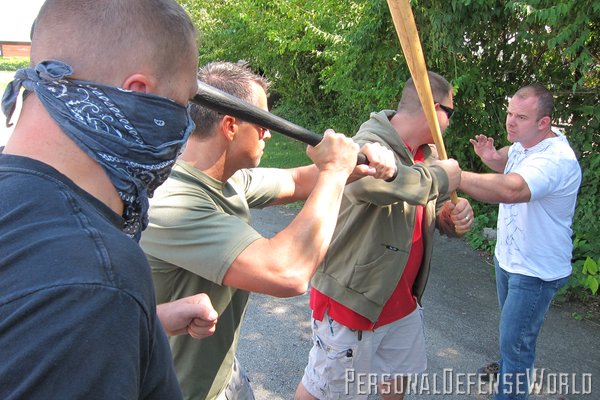 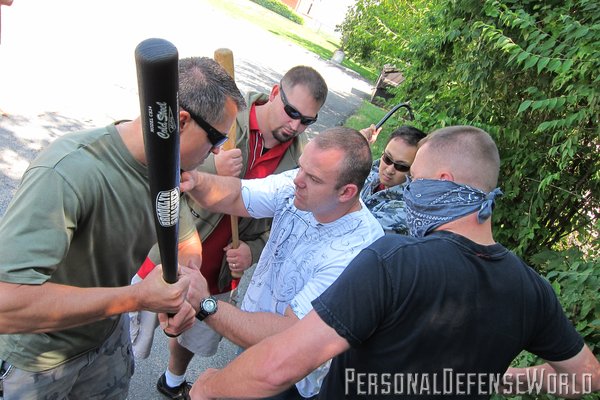 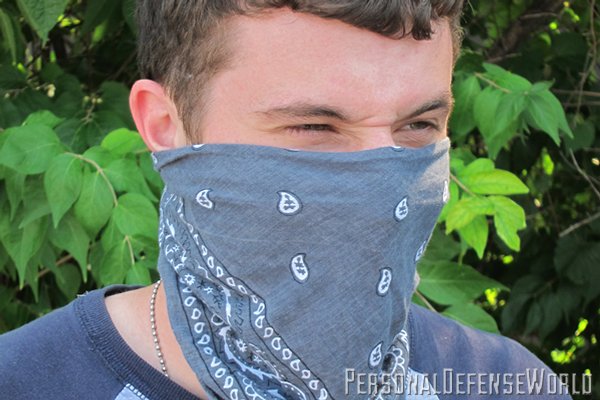 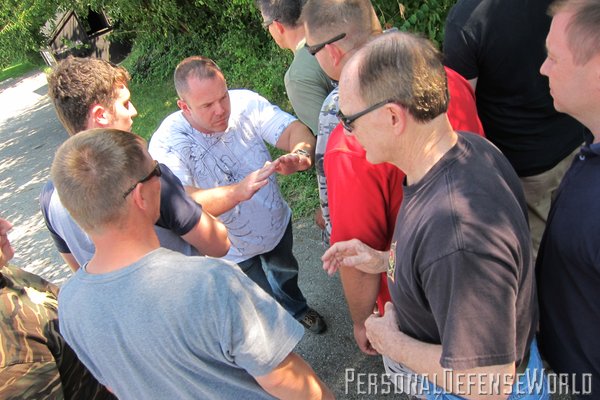 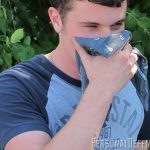 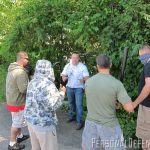 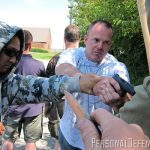 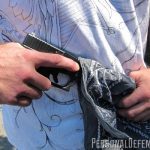 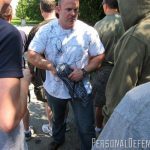 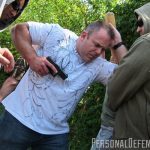 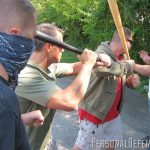 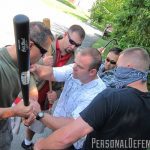 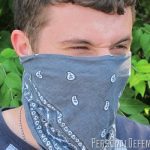 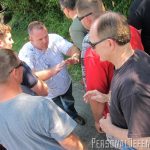 Across the globe, a recent spate of serious riots has seen innocent people seriously injured and killed. Riots can happen anywhere, be sparked by anything and can develop at an astonishing speed. With that in mind, do you have a plan avoid becoming a statistic if rioting comes to your city?

I’ve seen some pretty crazy crowds and been caught up in a few riots during my third-world travels. In Brazil, I was tear-gassed by the police because I was in the middle of a huge fight that broke out after a 600,000-attendee concert on the beach. In Peru I was even stuck in a riot where one of the rioters (a striking transportation worker) was shot by the military. There were others as well, and in every bad spot I found myself in, it was relatively easy to get out without having to resort to violence. If you use some common sense and maintain good situational awareness, you can usually get away before things get too bad.

The first piece of advice I can give you is to pay attention to your surroundings and have an escape plan everywhere you go. When you see things starting to go bad (massing police, masked looters, people setting fires), GET OUT. Implement your escape plan; don’t stick around and become a target for police batons, gangs of looters or panicked crowds. Usually the people who get hurt or killed in these events are the people who aren’t paying attention or who want to stand around and be spectators.

If, despite your best efforts to avoid problem areas, you find yourself surrounded by a flash mob or overtaken by a riot, quickly get your back to a wall. That way you won’t be surrounded and will only have to deal with a few people at a time. I’ve found this tactic works very well. If you fade back to a wall and stop moving, often the crowd will ignore you and pass right by.

Once you get your back to a wall, organize yourself and plan your escape. If you are wearing a backpack, bag or purse, swing it around to the front side of your body where it can serve as a shield. (A panel from an old ballistic vest carried in the back pocket of your backpack will give you even more comfort.) This also prevents thieves and looters from trying to take it from you. Take a look at the crowd, and look for gaps. Your goal is to look far enough ahead and move from gap to gap, exploiting the openings in the crowd. Holding both arms in front of you with your hands together in a wedge shape will help get you through the crowd.

Move along walls if you can, with your “wedge” out in front of you deflecting people off to the side. Turning your shoulders will also help. If you are an ex-football player, the “swim” and “knife” technique you used on the defensive line can also be used with great effect.

Sometimes escape is not an immediate option and you must confront multiple assailants. Having some sort of less-lethal weaponry will help. Many of the criminals who are caught up in the spirit of the riot are not very dedicated or motivated. A quick blast of pepper spray will usually make them look for easier targets.

If you are attacked and you don’t have any spray (or the spray doesn’t work), you must act decisively. Don’t get caught in the middle of two or more attackers. If possible, keep moving to the outside of the group of attackers to “stack” them, or line them up, so you only have to fight one at a time. If you do get surrounded, violently attack one of the gang and either use that opponent as a temporary shield or blast through him or her to make your escape. Don’t just blindly run away—you may run into an area where there are more problems. Instead of running away from the criminals, run toward safety. And remember that “safety” in this case may not be the band of police in their riot gear, with batons out and ready.

Even if attacked by unarmed rioters, you still may be justified in using deadly force to protect yourself. Multiple attackers using their fists and feet can constitute a reasonable perception of the risk of “serious physical harm or death.” In that case, you may be justified in using your firearm or knife to protect yourself. The knife might actually be the better tactical choice as it is harder to take away from you, won’t hit others in the crowd if the round misses or over-penetrates, and won’t cause even more chaos in the already panicked mass of people. If you do choose to use a firearm, be very careful. It’s easy to lose a gun in a crowd. Learn how to make an inconspicuous draw, conceal your weapon in hand, and shoot from the retention position. Also beware that the police may have posted snipers who could shoot you if they see you have a gun. As bad as it may sound, police often won’t differentiate between criminals and legally armed citizens trying to protect themselves in a situation like this. Everyone who is in the riot is thought of as a criminal. And “criminals” seen shooting guns tend to get shot by the police.

If you are in your car and surrounded by rioting criminals, KEEP MOVING. Don’t stop and allow them to open your doors or break your windows to drag you out. I wouldn’t intentionally run someone over (unless that person posed a lethal force threat to me), but I wouldn’t stop either. Pick a route (over the curb if necessary) and slowly drive through the crowd. Your car will likely be damaged, but you will be out of the mess soon. Don’t get in the habit of knowing only one route into or out of a place to which you commonly drive. Flexibility in these situations is paramount. Keep your situational awareness up and be prepared to alter your route if you encounter throngs of people or roadblocks.

In addition to your everyday carry items like a firearm, spare magazine and knife, there are a few other easily carried items that may help you if you find yourself in a riot or flash mob.

Pepper Spray: As mentioned, pepper spray may be a lifesaver. If you can deter a criminal attack without having to use your gun, you will be much better off both tactically and legally. A small can of pepper spray (I recommend Sabre Red in stream formulation) should be carried on your person or in your car. I keep a can in my car and throw it in my pocket whenever I am going someplace where I might encounter a large crowd of people.

Bandanna: A bandanna or triangular bandage, besides its obvious use as a piece of multipurpose medical equipment, when wet can be tied or held over your nose or mouth to temporarily protect you from tear gas. I prefer holding the bandanna rather than tying it over my mouth and nose. A bandanna tied over one’s face screams “criminal” to the police, and I would rather not be a target for baton blows or rubber bullets. Holding the bandanna makes you look like a victim, not an attacker.

Contact Lenses: If you wear them, soft contacts will get destroyed by tear gas, trust me. You will never want to put them back in again if you get exposed. If you need your lenses to see, carry a spare pair.

Protective Eyewear: When the police start firing beanbag rounds, stingball grenades and rubber bullets, you will want your eyes protected. Those rounds hurt if they hit skin. If they hit your eyes, you can be seriously injured. So have some glasses or sunglasses to wear.

Sturdy Shoes: People who walk around in large crowds while wearing flip-flops amaze me. If bad stuff happens, they won’t able to run effectively and their feet will likely be trampled by those who were smart enough to wear real shoes. Be smart. Save the flip-flops for the beach and wear sturdy running shoes or boots.
Light: If you are out at night in a crowd, you should have a light. Aside from its regular uses, a stout flashlight can also be an improvised impact weapon. If the riot occurs at night, you will want the light to check out any unlit alleys or other areas you might be considering for escape or refuge.

Map: If in a foreign country or unfamiliar city, have a street map. You want to be able to find your way around the chaos and back to safety without getting lost and ending up in a worse position. 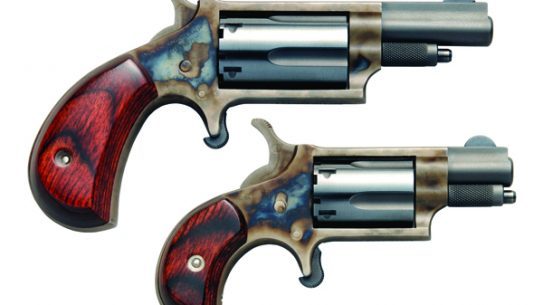 Across the globe, a recent spate of serious riots has seen innocent people seriously…