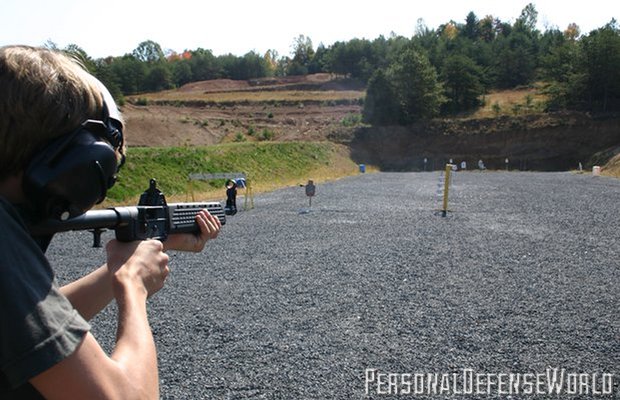 1 of 5
1 014_phatchfinal_phatchfinal
Among all the PCCs tested, the Kel-Tec Sub-2000 was set up the simplest. Relying on open sights, it held its own in terms of reliability and accuracy. Its major assets are its compact size and its ability to fold in half for discrete transport. 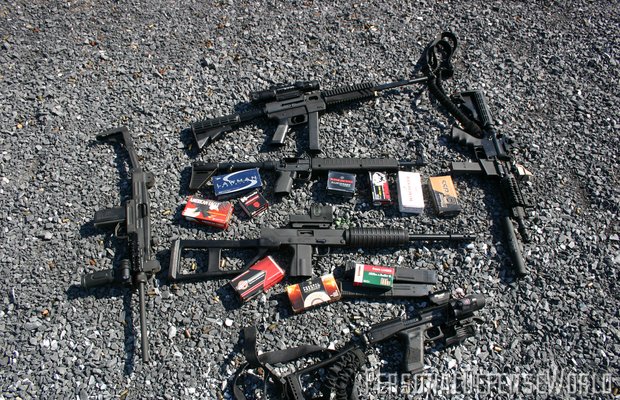 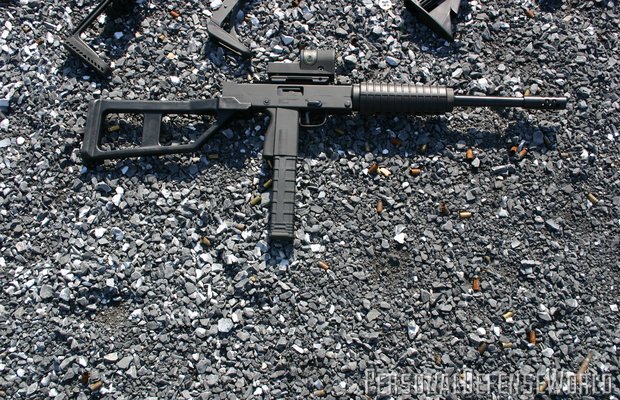 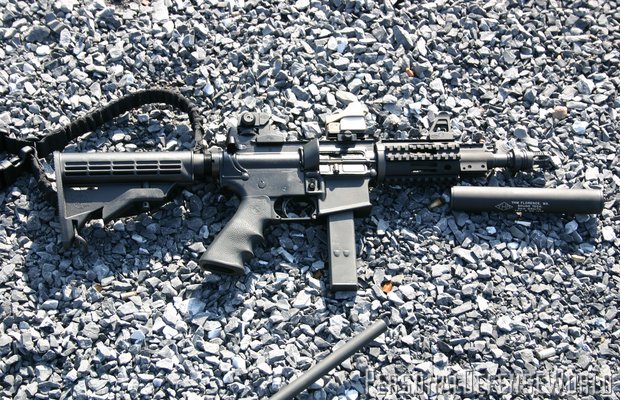 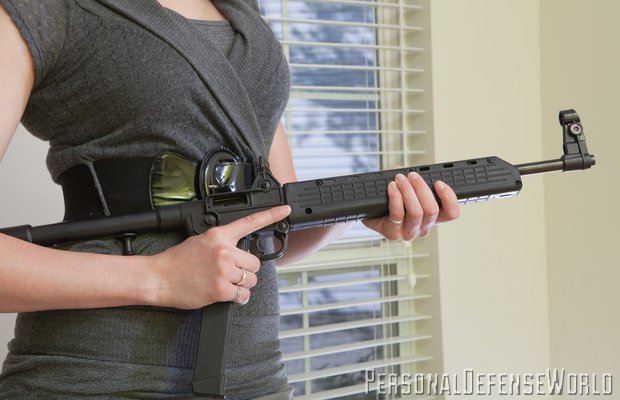 5 of 5
sub2000_9016_phatchfinal
Generally speaking, pistol-caliber carbines such as this Kel-Tec Sub-2000 facilitate higher levels of performance than handguns do. 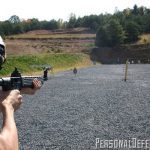 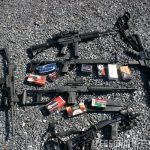 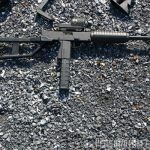 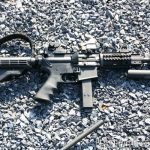 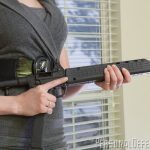 The pistol-caliber carbine (PCC) is becoming more prevalent, with shooters viewing it as a possible alternative for a self-defense long arm as opposed to the default shotgun or AR. Until recently, classic select-fire weapons modified for civilian ownership have typified the PCC category. This is accomplished by converting the submachine gun to fire semi-auto-only and by installing a 16-inch barrel. Examples include the Sterling, Uzi and 9mm AR. Yet another, albeit unorthodox, option for someone converting the ubiquitous Glock pistol is to do so with a stock chassis, such as the Mako KPOS. Consumer options are rounded out with specifically built PCCs such as the Kel-Tec Sub-2000, the MasterPiece Arms 9mm Side Cocking Carbine and the EMF JR carbine. The increasingly uncertain supply of ammo—coupled with rising prices especially for rifle calibers—makes a semi-auto PCC a viable option. My caliber of choice for a PCC is the 9mm, for its increased magazine capacity and the preponderance of reasonably priced ammunition.

Some will question the utility of employing a pistol cartridge in a shoulder-fired weapon. I would counter that most engagements happen well within a 100-yard range, especially in civilian settings, with handling and reliability playing more of a factor in quick, reactive engagements than specific calibers do. Also, less-experienced shooters will find the lower recoil impulse and muzzle blast of a pistol caliber fired from the shoulder easier to manage, which often translates to better accuracy.

Why the Nine?
A carbine chambered for 9mm is a much more potent package than any handgun is. The advantage comes from the PCC’s superior accuracy. A carbine has multiple points of contact when interfaced with the shooter: at the shoulder and cheek, with hands spread further apart than when on a handgun for more stability. And the difference in muzzle blast between a 9mm carbine and a rifle becomes even more pronounced in confined spaces.

Additionally, many more 9mm than rifle rounds can be carried in a small space—two slim, standard-capacity, 9mm magazines fit into the same area as one M16/AR-15 magazine. Also consider that the semi-auto PCC is lighter than its 16-inch rifle brethren, and that the 9mm costs less than rifle cartridges. Also, you can shoot a 9mm at training courses and indoor ranges where rifles are usually forbidden.

A 9mm carbine can be used with steel-plate targets without having to resort to specialty frangible rifle loads. And don’t forget the old standard touting the advantage of having both a carbine and handgun chambered in the same caliber. A carbine and handgun that can accept the same magazine is a real bonus.

As mentioned above, numerous weapon styles fall into the PCC category. One of these is the 9mm, AR-type Rock River Arms LAR-9, the latest twist on what Colt started in the early 1980s with its fourth-generation, 9mm Model 635 submachine gun. The Model 635 is patterned off the M16/AR, firing from a closed bolt and including similar sights, operating controls and trigger. The Colt 9mm utilized a blowback operation rather than the M16/AR-15’s direct-impingement gas system. The RRA LAR-9 carbine follows in the M635’s footsteps and operates with Colt or modified Uzi magazines.

A major advantage of the 9mm AR is its similarity to the standard AR. (Proofing magazines for the former is a must to ensure reliable operation.) The LAR-9 can be had as a short-barreled rifle or with a 16-inch barrel. Another manufacturer that’s making a name for itself with 9mm ARs is American Spirit Arms.

1 of 5
1 014_phatchfinal_phatchfinal
Among all the PCCs tested, the Kel-Tec Sub-2000 was set up the simplest. Relying on open sights, it held its own in terms of reliability and accuracy. Its major assets are its compact size and its ability to fold in half for discrete transport.

5 of 5
sub2000_9016_phatchfinal
Generally speaking, pistol-caliber carbines such as this Kel-Tec Sub-2000 facilitate higher levels of performance than handguns do.

Many consider Glock the standard for fighting pistols, based on capacity, weight-to-firepower ratio, ruggedness and reliability. A new product from Mako Group seeks to capitalize on these positive traits with the KPOS Glock-to-rifle conversion stock. The KPOS aluminum stock chassis transforms a Glock handgun into a PCC, arriving with Picatinny-style rails along the top, sides and bottom where performance-enhancing accessories such as a vertical forward grip, optic, red-dot sight, flashlight or laser can be mounted. The side-folding, aluminum-framed KPOS stock further reduces the weapon’s footprint when folded, measuring 13.5 inches collapsed and 21.5 inches extended. The KPOS weighs less than 4 pounds with a Glock 17 mounted.

For the sake of comparison, a Glock 17 installed in the KPOS is smaller and lighter than a mini-Uzi. In the KPOS, the Glock is transformed into a much more potent package. A PCC featuring proven performers like a Glock handgun and Glock magazine, including the 33-round “happy sticks,” is a huge benefit in my opinion. The only negative in converting the Glock is dealing with the BATFE paperwork to register the Glock and chassis as a short-barreled rifle.

One of the PCCs designed from the ground up for civilian use, which has the longest tenure in the marketplace, is the Kel-Tec Sub-2000. The Sub-2000 has a cult following due to its performance and economical price. See the accompanying piece by Jay Langston for more on the Sub-2000.

The last PCC reviewed for this article is from MasterPiece Arms. It is a modified MAC with a heavy-profile, 16-inch barrel, a muzzle brake and an AR-style forend. The 9mm MPA Side Cocking Carbine is shipped with two Tapco-manufactured, 35-round magazines. The fixed sights are adequate, but most will choose to take advantage of the Picatinny top rail to mount an optic. I used a Trijicon reflex sight with an ARMS mount. A fixed stock was fastened to the rear receiver area. The rifle handles well, and its weight ensured that there was minimal recoil to affect the sights during rapid fire. The MPA 9mm carbine weighs approximately 8 pounds and measures 35 inches.

Testing
To determine the PCC’s advantage over the handgun, I fired a G17 at 15 and 25 yards (at plate racks featuring multiple 6-inch round targets) and at a man-sized steel target at 50 yards. The G17 would establish a baseline of a handgun’s field accuracy. I then fired the PCCs. While plates were successfully engaged at 15 and 25 yards with the Glock 17, the 50-yard target was challenging, and the results reflected that. The PCCs proved much faster at 15 and 25 yards, with 50-yard hits being routine thanks to the shoulder stock—rifles equipped with red-dot sights or optics performed even better. Yes, handguns can engage targets at ranges much further than most realize, but this is not the norm and can only occur under pristine conditions with plenty of time to set up.

For many, the first urge for a 9mm carbine is in the form of a short-barreled rifle. They reason that, if you need to use a 16-inch barrel, then you might as well get a full-sized AR or AK. However, many will not want to undertake the paperwork and cost associated with an SBR, or they may live in places that disallow such weapons.
The PCC can’t replace the handgun, rifle or shotgun, but it does offer crossover capabilities for anyone who does not want to (or cannot) invest the time, money and training into becoming proficient with all of the above. 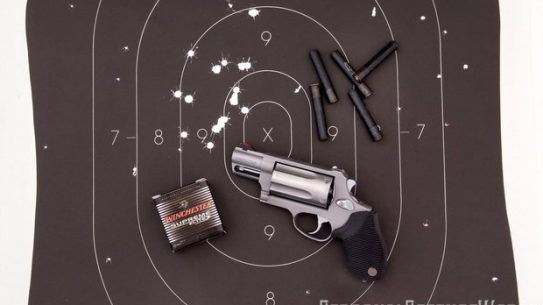 The pistol-caliber carbine (PCC) is becoming more prevalent, with shooters viewing it as a…