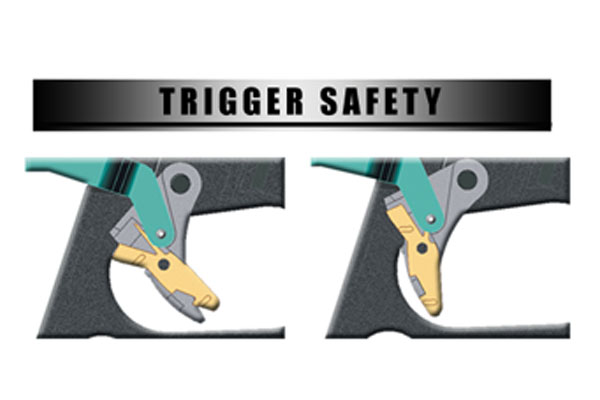 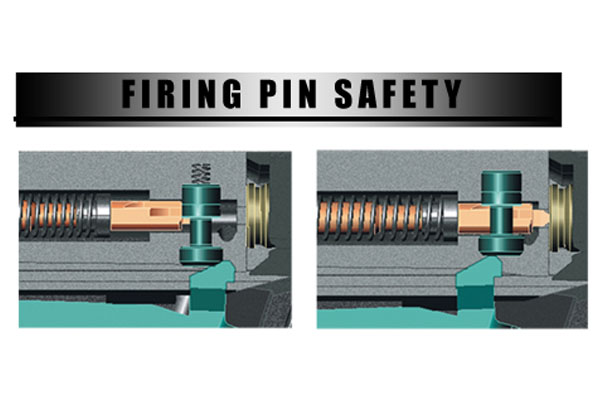 2 of 3
GLOCK2013firingpinsafety
A firing pin safety and a drop safety (right) secure the firing pin. 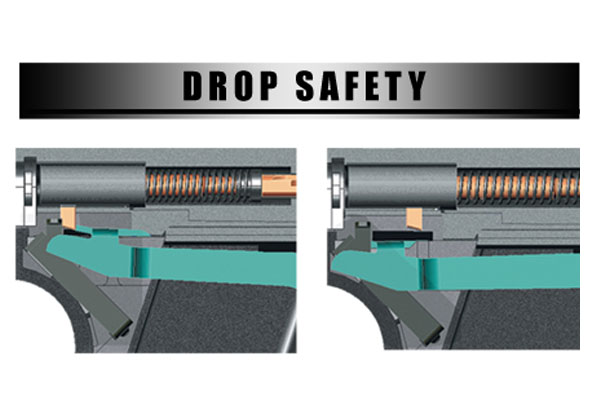 3 of 3
GLOCK2013dropsafety
A firing pin safety and a drop safety (right) secure the firing pin. 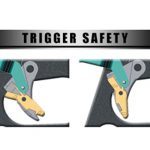 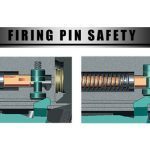 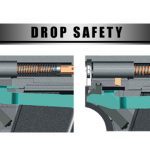 To many new shooters, the straightforward lines of GLOCK pistols are immediately appealing. Unlike some other pistols that feature a plethora of external controls, which can be intimidating to beginners, the GLOCK’s manual of operation is quickly mastered. This is also something that has appealed to police departments nationwide, resulting in easier and faster training of new recruits.

Nevertheless, in a culture fed a constant diet of television and movie gunplay, one question invariably comes up: “Where’s the safety?” Externally, the only “safety” that can be seen is a small lever that extends outward from the front of the trigger, but this is just the first line of defense in what is an utterly safe pistol.

The GLOCK SAFE ACTION® trigger system, in fact, incorporates multiple internal safeties that work in conjunction to keep the pistol from firing until the trigger is intentionally depressed. It represents a revolutionary design that has radically changed the firearms industry and our modern understanding of different trigger systems.

In practice, GLOCKs offer many advantages that make them easy to master and shoot well. Each time the trigger is squeezed, the shooter experiences the exact same feel, length of pull (how far you have to squeeze the trigger to get it to fire), trigger weight (how much finger pressure is required to fire the pistol), and clean and crisp break (the point at which the pistol fires).

The main advantage here is that this system allows the user to more quickly develop muscle memory and trigger control for improved accuracy. The other advantage is the inherent built-in safety. Once you place your finger on the trigger, the pistol is ready to fire. Remove your finger and the pistol is completely safe.

This differs significantly from other types of pistols, such as single-action semi-automatics. In a single-action pistol such as the 1911, the trigger has only one function, which is to release the hammer to strike the firing pin and fire the pistol. This requires that the hammer be cocked for the first shot and gives the pistol a fairly short and light trigger. In order to safely carry a 1911 in the cocked-and-ready position, the manufacturer added both a thumb safety, which has to be pushed down to fire, and a grip safety, which requires a proper grip to fire.

The GLOCK also differs from pistols that feature both single-action and double-action operation. In a traditional double-action pistol, the trigger will both cock and release the hammer to strike the firing pin. This generally produces a long and heavy trigger squeeze, which increases safety but makes accurate firing more difficult. Pistols that have both double- and single-action operation (known as “DA/SA” guns) will typically fire the first shot in double action to both cock and release the hammer, and subsequent shots are in single action as the cycling of the slide cocks the hammer. This requires that the shooter master two very distinct trigger pulls. From a safety perspective, pistols that function in this manner will also commonly have an external thumb safety.

Both of these designs also introduce the issue of safely lowering the hammer, which requires unloading the gun completely and ensuring that there is an empty chamber, a mechanical decocker, or a very steady hand while pointing in a safe direction. The last item is especially the case with revolvers, which can only be decocked manually.

Lastly, there are pistols that are designed to fire only in the double-action mode. While these do provide the benefit of a consistent trigger squeeze and remove the need for a decocker, the mechanical effort required to both cock and release the hammer each time often results in a heavier and longer trigger.

The GLOCK pistol has no hammer at all. It is a striker-fired design that brings to bear many of the benefits of some of the systems mentioned above and addresses the shortfalls, producing an outstanding and safe trigger system.

The heart of the GLOCK’s system of operation is its striker mechanism, which is the key to GLOCK’s SAFE ACTION® trigger. It is essentially a spring-loaded firing pin that partially charges when the slide action is cycled. Squeezing the trigger completes the charging and then releases the striker to hit the firing pin. This results in an extremely smooth and light 5.5-pound trigger pull with a distinct and revolver-like feel with almost 0.5 inches of travel. The short travel also allows for a very fast trigger reset, where the trigger can return forward and is ready to fire again. Because the trigger both completes the charging of the striker and releases it, the GLOCK is considered to be a “double- action-only” or DAO pistol.

The SAFE ACTION® system features three distinct safeties that sequentially disengage as the trigger is squeezed. If at any point during this squeeze the user decides not to fire and releases the trigger, all three safeties are automatically re-engaged. The first of these safeties is the aforementioned lever on the trigger face. This trigger safety blocks the trigger from any rearward movement until the lever is depressed. Even with substantial lateral pressure on the trigger, which may be sufficient to cause rearward movement on guns not so equipped, the GLOCK trigger will not move backward, and the gun will not fire.

2 of 3
GLOCK2013firingpinsafety
A firing pin safety and a drop safety (right) secure the firing pin.

3 of 3
GLOCK2013dropsafety
A firing pin safety and a drop safety (right) secure the firing pin.

As the slide moves rearward and the action cycles, the trigger bar extension moves upwards thanks to spring tension, so that when the slide moves forward, it catches the striker tab and again partially charges the striker and re-engages the drop safety. This third and final safety is completely automatic and will re-engage when the action cycles—even if the trigger is held to the rear.

The standard factory trigger can be adjusted for a heavier pull, as requested by some law enforcement agencies, with the replacement of the trigger spring and/or the connector (there are three different trigger springs and five different connectors that can be used).
The three safety mechanisms both disengage and engage automatically, so there is no chance of an unintentional discharge as a result of user error in neglecting to activate an external safety. There is no concern for decocking the GLOCK pistol, since all three safeties are always engaged when the trigger is in the forward position.

What is the result of all this ingenious engineering? A simple, safe and reliable system that ensures the gun will only fire when you choose to the pull the trigger—and not a second before. 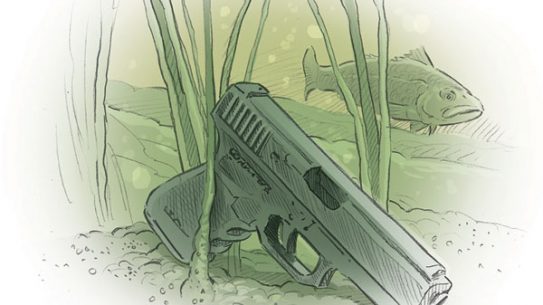 To many new shooters, the straightforward lines of GLOCK pistols are immediately appealing. Unlike… 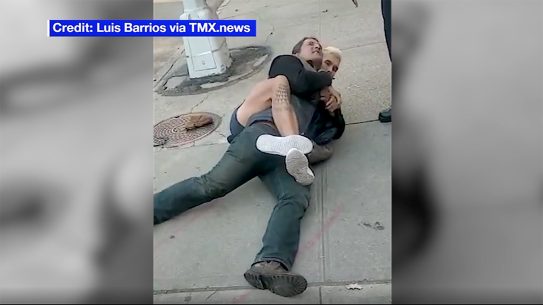