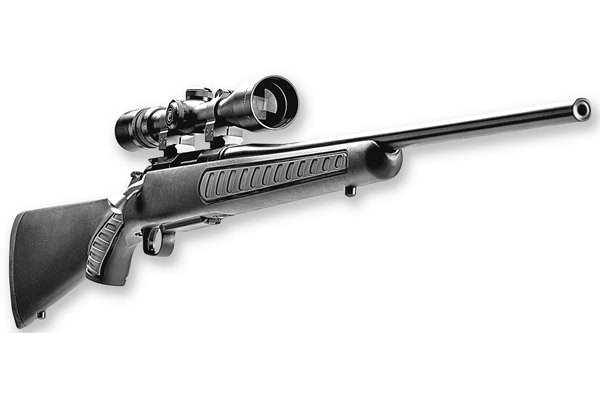 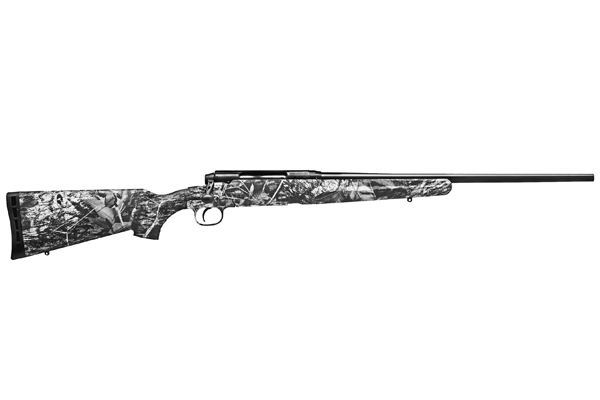 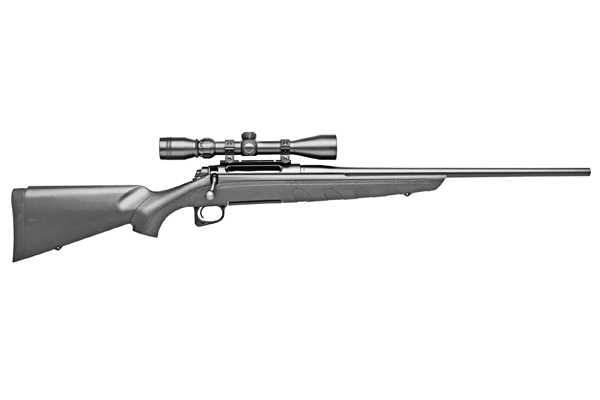 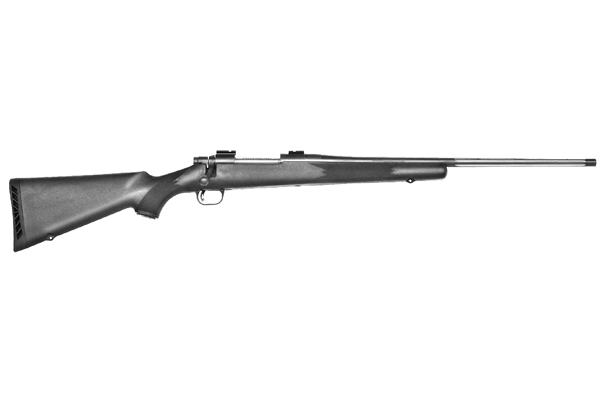 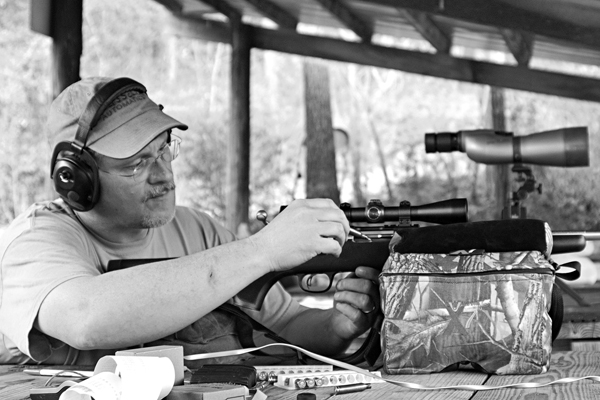 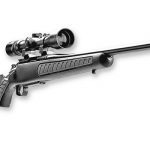 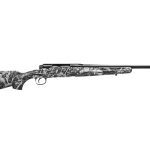 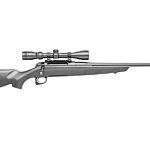 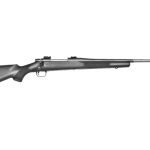 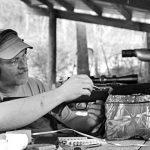 The American firearms industry, in a constant state of flux, gyrates through cycles of acquisitions and manufacturing improve-ments. Recent innovations in injection-molding and robotic metal-machining have reduced manufacturing costs, translating to lower retail prices. And shooters want economical guns. That simple fact is what drives firearms manufacturers to provide rifles, shotguns and handguns that fit the lower-price strata. No matter what your reason is for acquiring a budget-grade rifle, these under-$500 models will get you a bargain and putting rounds downrange.

Remington’s latest edition of out-of-the-box accuracy and hunting performance now comes in stain-less steel with a synthetic Realtree AP HD camo stock. The Model 770 is an upgrade of their famous Model 710. Upping the ante, the new Model 770 is a good choice for a hunter looking to bypass the process of selecting a scope and mounts. Premounted and bore-sighted with a 3-9x40mm rifle-scope, the Model 770 lives up to Remington’s current standards for accuracy and reliability.

The Model 710, itself based on the Model 700, is the most recent evolution in Remington bolt-action rifles. The Model 770 features the same great action and barrel of the 710, which sports button-rifling and a more durable magazine latch. Other advance-ments include a new ergonomically contoured stock with a raised cheekpiece for a solid cheekweld and proper scope-to-eye alignment. The 770’s grips are textured in all the right places for weapon control. Offered in a selection of long- and short-action calibers, the Model 770 is chambered in .243, .270, .308, .30-06, .300 Win Mag, 7mm Rem Mag and 7mm-08.

The 770’s barrel come in either stainless steel or blued configurations with a nickel-plated bolt and action on the stainless model. The black synthetic stock model features molded sling swivel studs. The 770’s action houses a 60-degree-throw bolt, and an updated magazine latch improves removal of the detachable magazine, which holds four rounds in the standard chamberings and three rounds for magnum cartridges. The six-groove, button-rifled, stainless steel barrel measures 22 inches for standard calibers and 24 inches for magnum calibers. The Model 770’s street price usually hovers just below $400.

Mossberg’s 100 All-Terrain Rifle (ATR) has everything you need to make the most of the season: pinpoint accuracy,
a smooth action and big-game calibers. The rifle is offered in three stalwart standards, .270, .30-06 and .308, as well as .243. The barrel is free-floating and button rifled. The combination of barrel treatments delivers a level of accuracy that is out of the norm for value-priced centerfire rifles. Another barrel feature that helps assure the barrel stays accurate for many years is a recessed muzzle crown. A side lever safety is utilized for convenience and safety afield, and the all-steel, machined receiver provides the 100 ATR with positive lockup.

For generations, Mossberg has built no-frills, reliable, quality firearms for reasonable prices. Military contracts for Mossberg shotguns and a WWII contract for .22 LR training rifles are two examples of the company’s gun-building rep-utation. This bolt-action centerfire rifle is the first Mossberg has introduced in more than 20 years. To keep costs down, Mossberg opted to fit the 100 ATR with a top-loading blind magazine that holds four rounds and uses an integral, synthetic triggerguard. Mossberg’s choice to mold the stock offers a simple way to offer finishes in classic black, several camo patterns and a synthetic walnut, which looks pretty realistic.

The sling swivel studs on several of my rifles always seem to come loose. I’m sure that many of our readers go through the same frustrating ritual when they get ready to sling a rifle over their shoulder and head toward a deer stand: Reach for the sling swivel, untwist the sling, and retighten the stud. Mossberg fixes this problem by molding integrated swivel studs into the stock for quick-release sling swivels. Completing the stock treatment is a rubber buttpad to reduce felt recoil.

Weaver-style scope bases come installed from the factory to mount your favorite optic, and barrel finishes include matte bluing or Mossberg’s patented Marinecote. The 100 ATR’s trigger is similar to those found on rifles that are more expensive. User-adjustable, this Mossberg’s trigger is similar to the Savage AccuTrigger. Pull weight is adjustable by removing the action from the stock and turning a screw on the bottom of the trigger assembly. Street price for the 100 ATR is typically in the $400 range depending on finish and caliber.

I first learned about the Savage Axis at the National Association of Sporting Goods Wholesalers in 2010, from the company’s PR expert, Bill Dermoody. Bill explained that Savage engineers went back to the drawing board when designing this line of rifles. Their goal was to streamline manufacturing processes by reducing the number of steps needed to hand-fit parts.

RELATED: The Savage Model 42 is Ready for a Backwoods Workout

My overall impression of this rifle is that it works smoothly and the trigger is acceptable. Its black synthetic stock is a rugged, no-nonsense design that will last a lifetime. The Axis has a detachable box magazine that is built from polymer and holds four rounds. The weight of the model tested was 6.5 pounds, and its overall length is 41.87 inches with the 20-inch barrel. Seven other popular chamberings are available.

The X7 series bolt actions form a new class of hunting rifle for Marlin. Solidly built, dependable and accurate at long range, the X7s are the culmination of over 140 years of gunmaking expertise combined with modern advancements. Several features make this rifle a winner. The Pro-Fire trigger is user-adjustable and can be set with zero creep and to break as low as 2.5 pounds. Similar to a Savage AccuTrigger, the Pro-Fire has a safety feature that prevents trigger movement until the inner trigger surface is fully depressed.

I range-tested and carried the X7 to the woods several times throughout deer season. A good trigger is critical to accurate shooting, and the X7’s adjustable Pro-Fire is truly as good as Marlin claims. I adjusted it down to 2.5
pounds—it broke cleanly. I can’t count the number of rifle muzzles I’ve seen that have been worn and gotten scarred crowns from abuse. The X7’s target-style crown will help preserve the muzzle and accuracy. A firm foundation and bedding is critical to accuracy too. The X7 accomplishes this by pillar-bedding the action to the stock.

Thompson/Center’s Venture models are offered in both short- and long-action. While the Venture looks similar to the T/C Icon (the back of the Venture’s receiver has contours like the Icon’s), it lacks integral scope bases and features pillar-bedding. But T/C includes pre-mounted Weaver bases from the factory.

The two-position safety lies to the right of the bolt. With the safety engaged, you can still cycle the bolt and remove a live round, and the bolt uses a short 60-degree bolt throw for quick reloading. Reminiscent of a Mauser bolt release, this device is located on the left side of the receiver. The Venture’s handle is synthetic with gray inlaid grip panels on the pistol grip and forend. A benefit to hunters trying to maintain stealth, the Venture’s stock is filled to prevent the loud noise of the stock contacting brush. The stock’s recoil pad is made of a softer rubber similar to Sorbothane.

All Venture rifles sport a detachable, synthetic box magazine that holds three rounds. Typically, the Venture’s trigger breaks cleanly at 3.75 pounds. Adjusting the trigger is a simple matter of removing the bolt and turning a small setscrew in the receiver’s bolt face. The Venture’s barrel shares the Icon’s 5R rifling, which places the five lands and grooves directly across from each other. T/C’s claim that this type of rifling reduces bullet deformation and keeps chamber pressure consistent from shot to shot is backed by a guarantee that they will replace a Venture that won’t keep three shots under 1-inch at 100 yards.

I wanted to learn firsthand if the old saying that “you get what you pay for” applied to this group of low-price bolt-action rifles. We took two of the above rifles and put some rounds downrange.

A Marlin X7 in 7mm-08 and a Savage Axis in .308 provided a look into their accuracy potential.

The Marlin X7 was tested with Winchester’s 140-grain Ballistic Silvertip factory load. The average group measured 1.94 inches. The second load tested in the Marlin was Federal’s 140-grain Partition load, which produced an average group size of 2.4 inches. I thought the Marlin X7 could do better than the single factory load indicated, so I put together a handload of 39.5 grains of IMR 8208. A Federal large-rifle Match primer ignited the charge driving a 140-grain Berger VLD. The overall loaded length was set at 2.82 inches to just fit within the magazine well. This load printed a 1.31-inch average. Because the handload turned out the Marlin’s smallest group of the day at 1 inch, I believe that further load development should yield a 1-MOA rifle-and-load combination for the X7.

Overall, I came away impressed with both of the rifles. For the price, you can’t beat the performance. 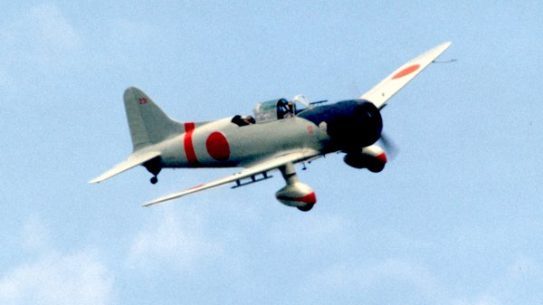 The American firearms industry, in a constant state of flux, gyrates through cycles of…