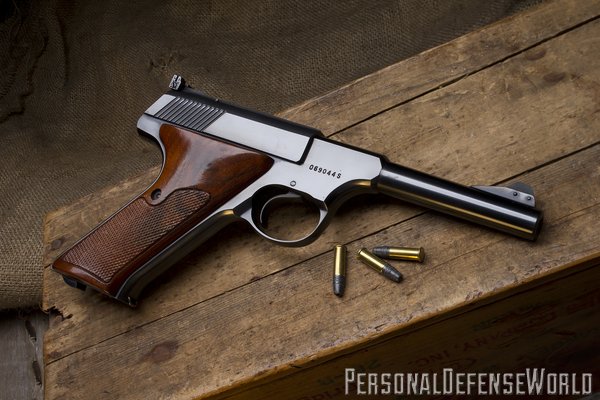 1 of 4
DSC_8216_phatchfinal
Another iconic design from legendary gun maker John Browning is the .22LR Colt Woodsman. This 1977-vintage Third Series Woodsman is the culmination of several improvements made during its 62-year manufacturing run. 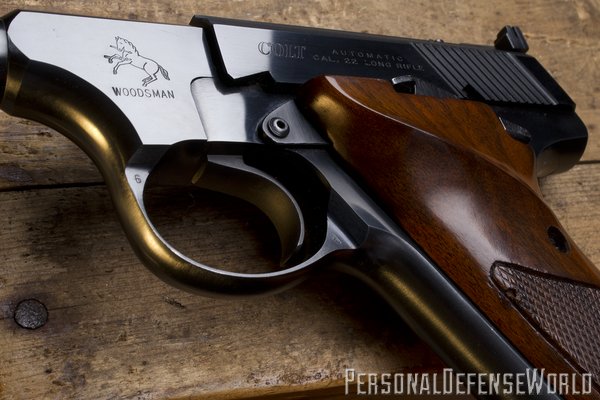 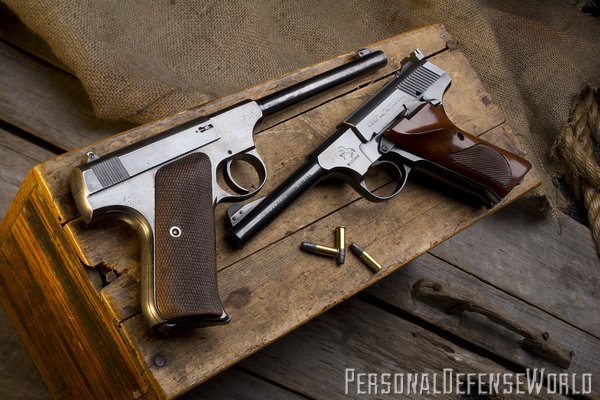 3 of 4
DSC_8265_phatchfinal
The 1926 Pre-Woodsman (left) has a slimmer profile than the third series Woodsman (right). From the slide and barrel to the grips, every part was beefed up in later models. 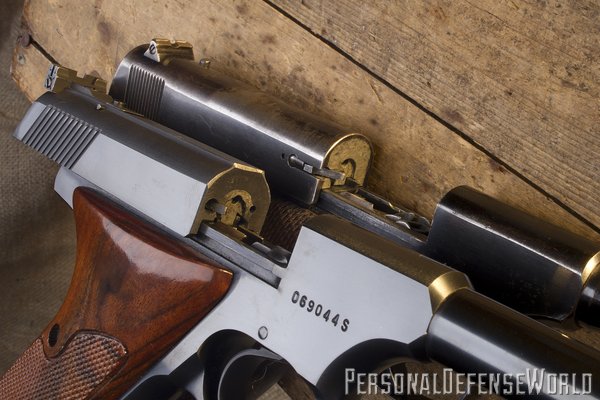 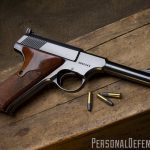 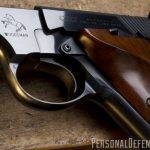 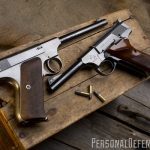 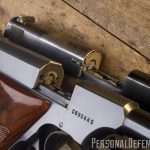 As the United States entered the second decade of the 20th century, the country was abuzz with new inventions. Automobiles were quickly rendering horses obsolete as a travel tool. It was finally possible for humans to fly. Target shooting was considered a healthy activity, often practiced in one’s own backyard, even in some pretty big cities. Shooters and hunters were enamored with the new-fangled semi-automatic guns, but—even as today—they found them expensive to feed, especially pistols. Burgeoning shooters faced some of the same problems they do today in terms of having enough ammunition. They pined for a semi-auto rimfire pistol.

Once again, John Moses Browning came to the rescue. The Utah-based gunmaker and inventor was at the top of his career after spawning such iconic firearms as the Models 1886, 1892, 1894 and 1895 Winchester lever actions, the Models 1902, 1903, 1905 and 1911 semi-auto pistols, and the Colt-Browning Model 1895 Machine Gun—also known as the Potato Digger. It shouldn’t have been much of a challenge for him to design a serviceable rimfire semi-auto pistol. Of course, as we now know, John Moses habitually gave us a lot more than we thought we’d get. He did not disappoint when the “Colt Automatic Pistol, Caliber .22 Target Model” was brought to market in 1915. Twelve years later, it would get its classic name—The Woodsman.

The Woodsman’s design combines utter simplicity with graceful elegance. A forged-steel frame accepts a threaded barrel and a removable housing for the mainspring assembly, along with the fire-control system and a blade-type ejector. Attached to the frame is a reciprocating slide containing the firing pin and a small, spring-loaded extractor. Atop the slide is an adjustable rear sight, and just beneath the sight on the side are 12 grasping grooves. Operation is straight blowback, relying on the mass of the slide and a captive recoil spring to contain the cartridge and operate the action.

For more information on the fascinating history of the Colt Woodsman series of pistols, visit colt22.com. 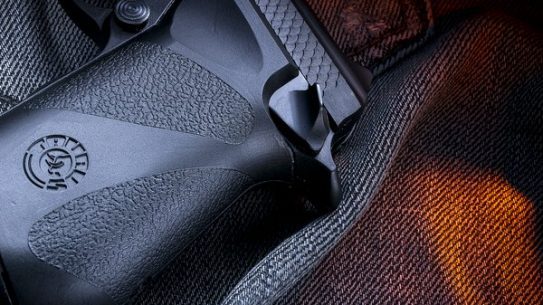 As the United States entered the second decade of the 20th century, the country…