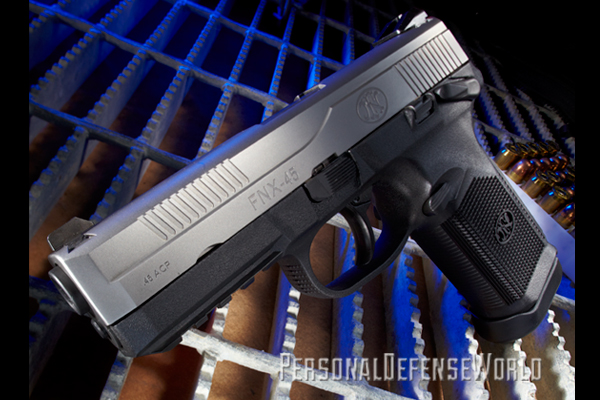 1 of 7
FNX-45
The big-bore, polymer-framed FNX-45 features ambidextrous controls and is available with a two-tone (shown) or all-black finish. 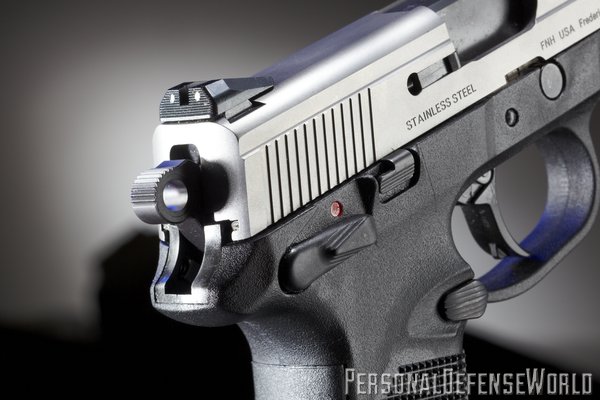 2 of 7
HAMMER AND SAFETY_phatchfinal
Ambidextrous controls include the slide lock, safety and mag release. 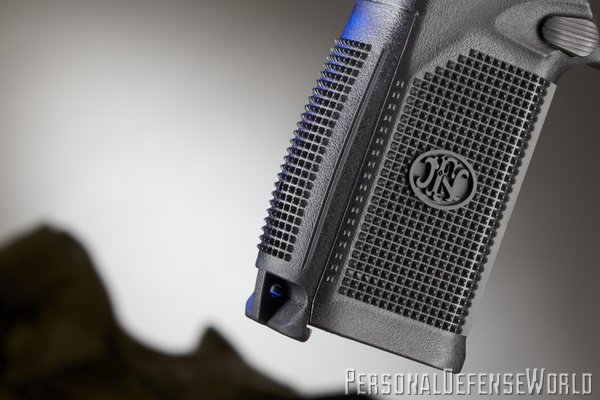 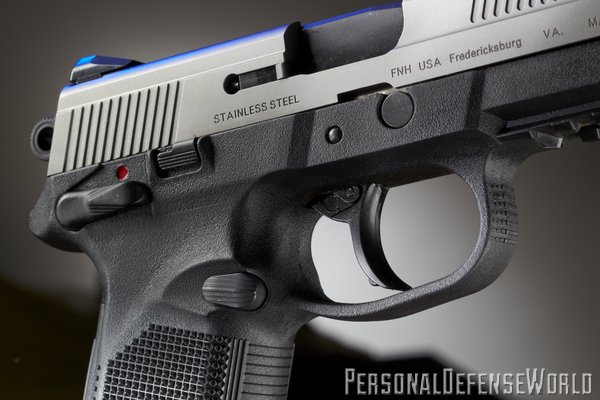 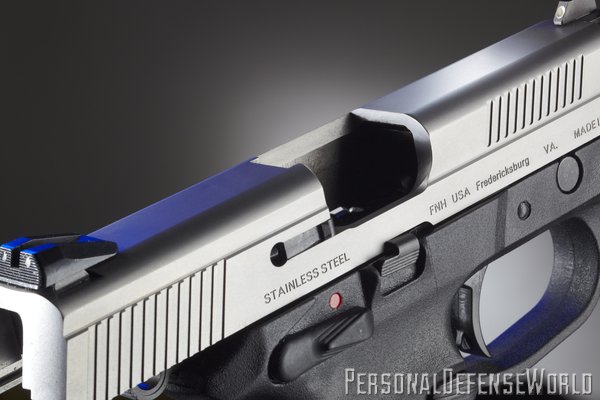 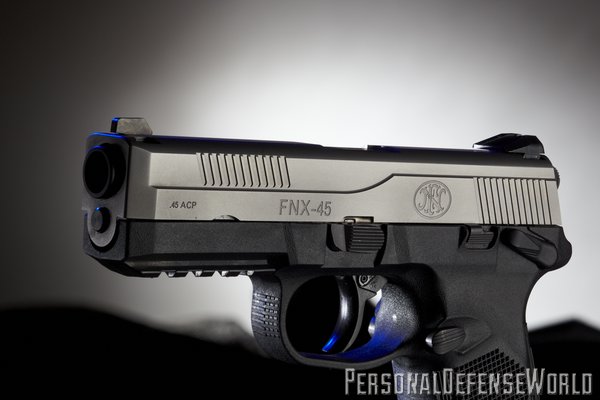 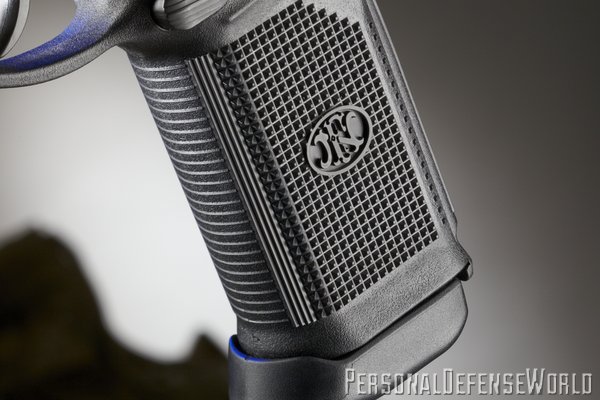 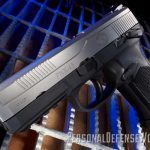 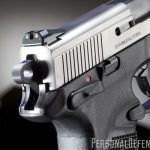 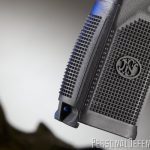 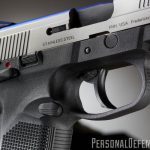 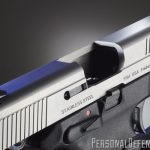 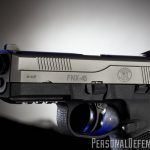 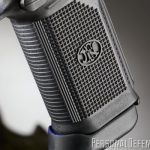 While I will freely admit to being a vocal fan of the 9mm, it is still a thrill for me to load a pistol magazine with fat, stubby .45 rounds and then proceed to punch into a target holes approaching a half an inch in diameter. I just find it, well, satisfying. And while modern bullet technology and propellants have done a lot to improve the performance of smaller-caliber pistol cartridges, the .45 ACP is still the standard by which all are judged.

In 1897, 14 years prior to the invention of the M1911, Browning entered into a partnership with the Belgian firm of Fabrique Nationale (FN) and sold them the rights to produce his first semi-auto pistol. The .32 ACP FN Browning M1900 became so popular that in many parts of the world “Browning” became synonymous with “semi-auto pistol.” FN followed with a series of Browning designs that in 1935 culminated in the legendary Browning Hi-Power pistol, which is still in production today and which remains one of the most popular single-action, 9mm pistols in the world.

Happily, FN hasn’t relegated itself to making 9mm handguns only. In 2007, through its American branch, FNH USA, the company introduced the FNP-45, a large-caliber, polymer-framed pistol with a double-action/single-action (DA/SA) trigger mechanism, submitting it for the consideration of the U.S. Joint Combat Pistol program. Last year, FN introduced the FNX, a line of polymer-framed pistols chambered in 9mm, .40 and .45 ACP. Asked to review the gun for Combat Handguns, I opted naturally for the model chambered for the .45 ACP.

Read more in the August 2013 Issue of Combat Handguns 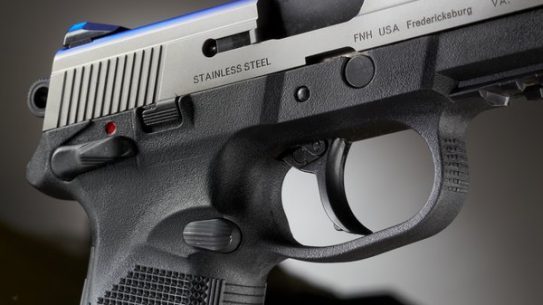 While I will freely admit to being a vocal fan of the 9mm, it…