TACTICAL-LIFE.com has been following the progress of license plate reading for decades. NDI’s plate recognition continues to prove their success arrest by arrest.

Technology from NDI Recognition Services helped Lighthouse Point Police nab two suspected burglars on Monday, May 6, reported by NBC Miami on May 7. The pair is charged with breaking into a home in Lighthouse Point and stealing $15,000 of jewelry and silverware.

License plate recognition cameras from NDI-RS captured pictures of the car used in the robbery as the suspects drove through the city, according to Lighthouse Point Police Chief Ross Licata. A neighbor’s security camera also recorded the vehicle near the scene of the burglary. With this information, LHPPD was able to arrest the suspects and get one to confess to the burglaries, according to the May 7 story by NBC Miami.

The story doesn’t end there, though. Two suspects matching the description of the two apprehended in Lighthouse Point were caught on surveillance video attempting to burglarize a house in Coral Ridge prior to the Lighthouse Point burglary. An LHPPD sergeant saw news coverage of the incident and identified the two suspects in the surveillance video as the two who were apprehended in Lighthouse Point. The suspects were additionally charged with attempted burglary of the home in Coral Ridge, according to the SunSentinel on May 8. 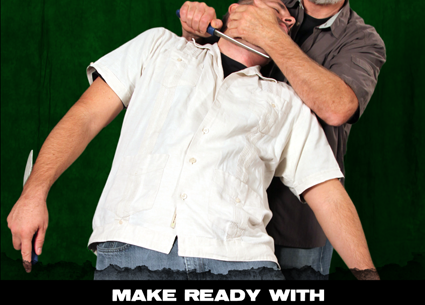 TACTICAL-LIFE.com has been following the progress of license plate reading for decades. NDI's plate…