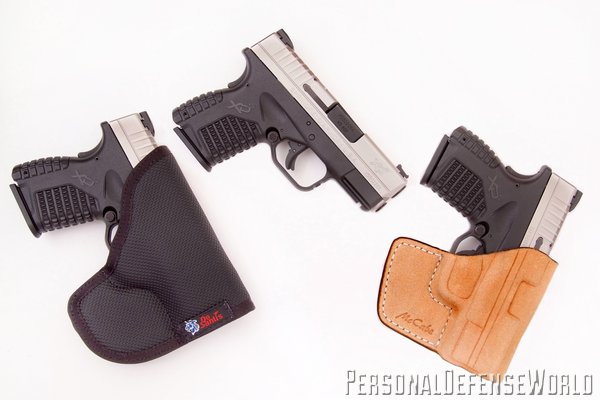 Ultra-compact semi-autos like the innovative Springfield Armory XD-S combine the power of .45 ACP with the size of a 9mm pistol. Pocket holsters like the Nemesis (left) and the McCabe, which is made of wet-formed suede, securely hold the XD-S upright and well-concealed in a trouser pocket.
Comment(s)

S.E. Cupp takes on Michael Moore over gun control. You can’t miss this!

Bill Maher brought up the gun issue again tonight to slam liberals for not being tough enough, but the segment quickly turned into a heated argument between Michael Moore and S.E. Cupp. Cupp defended gun rights to assorted boos from Maher’s audience, while Moore repeatedly dismissed her arguments on a gun registry, publishing the personal information of gun owners, and even statistics on school shootings.

Maher pointed to guns as an example of an issue liberals have not fought back muh on, even on something as simple as a gun registry. Moore and Andrew Ross Sorkin agreed with Maher, with Moore quipping that people have to register their cars and dogs and no one’s worried about the government coming for their dogs.

Cupp shot back that a gun registry would treat law-abiding citizens as “guilty until they are proven innocent,” saying that gun owners do not like the idea the government would just assume getting a gun means they have some kind of criminal intent. She argued that the government should not be “intimidating” people into proving they want a gun for legal reasons, and bashed newspapers for publishing addresses of gun owners “as if they are pariahs.” 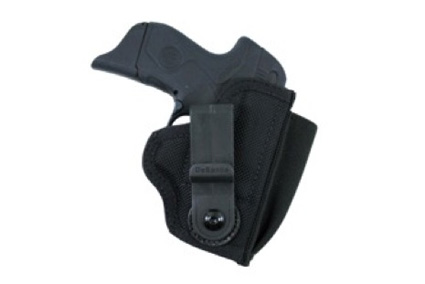 DeSantis Features a Lineup of Holsters for the New Beretta PICO

S.E. Cupp takes on Michael Moore over gun control. You can't miss this! From…